The Isle of Wight, synonymous with summer holidays, has long exerted a fascination for artists and writers and can be a blissful spot all year round, as Mark Williamson discovered.

So here was the challenge: find a secluded luxury self-catering log cabin in southern England, with its own secluded shingle beach, add an outdoor hot tub on decking above which red squirrels – yes, red – happily skip through the woodland canopy taking absolutely no notice of the steaming humans below.

Well much to our surprise the place as described does exist, and it’s on the Isle of White.  The Woodside Bay Lodge Retreat nestles in woodland between Cowes and Ryde overlooking the busy but fascinating Solent bustling with sailing yachts, cruise liners, ferries and merchant shipping.

Woodside Bay have several different cabins, but we went for a treehouse. Ours was set back in quite corner of the retreat, was a circular wooden cabin on stilts, featuring every modern convenience needed to survive the rigours of an island adventure.  Featuring a fully fitted kitchenette, log burner, shower wet room, wifi, and flat screen television, we were also welcomed with a selection of locally made produce, a godsend after our intrepid voyage from the mainland on one of the regular Red Funnel car ferries from Southampton.

The Keep this small for tea it was time return to Woodside Bay dinner where dinner was taken in Kellermans Restaurant located in the retreat’s visitor centre.  There was also an Italian style offering from the outdoor wood fired pizza oven overlooking the nearby Solent found basking in the fading evening light on our return.

Freshly made bread, eggs, bacon, milk and biscuits made our arrival very special as we settled in to our luxurious ‘base camp’ – what else would you want on a self-catering break?

For the evenings, however, if you want to avoid cooking (and washing up) then Woodside Bay has Kellermans Restaurant in the visitor centre.  There is also an Italian-style offering: an outdoor wood-fired pizza oven overlooking the nearby Solent, serving up great pizza which you can eat while basking in the fading evening light.

I’ll be honest: prising ourselves away from the woodland hideaway certainly proved difficult after discovering the relaxing benefits of the outdoor hot tub. And actually, you don’t have to. There are plentiful walks from Woodside Bay itself, while on site is a gym and a spa.

But the Isle of Wight is a fascinating place, long beloved of writers and artists, and with lots of history. Karl Marx and Lewis Carroll are among the famous former residents of the island, while Winston Churchill was a regular visitor. We wanted to explore and so, with the late summer sunshine beckoning through the trees tops, off we set on our grand tour.

The Isle of Wight is the largest island off the coast of England, but it’s still small enough to do a circuit in the space of a day. Driving westwards towards the world famous Needles – three distinctive stacks of chalk rising 30m out of the English Channel at the opposite end of the island – we travelled through a curious contrasting countryside which in places resembles the Sussex South Downs and in others charming thatched roofed hamlets so typical of England’s rural best.

A particular highlight was the delightful small seaside resort of Ventnor, the place where Churchill stayed when on the island. It’s a lovely spot, renowned as a Victorian health resort, due to its unique micro climate – it’s roughly at the southern tip of the island – and its role in guarding the nation during the Battle of Britain, thanks to an RAF radar station located on the hills above. 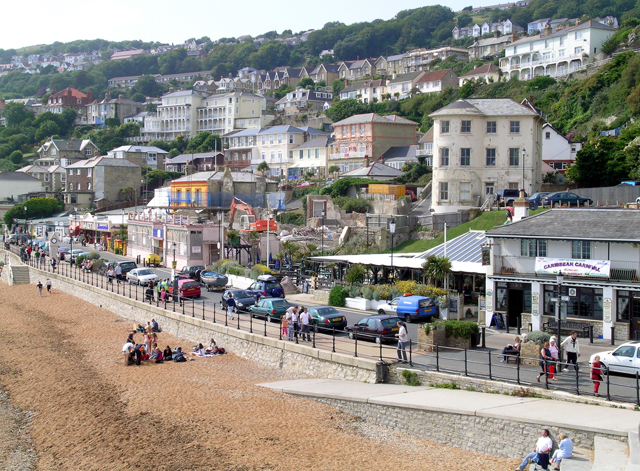 The Needles is a must when paying a visit to the island, the stunning white columns being an impressive landmark to those approaching the ports of Portsmouth and Southampton on the many passenger vessels that ply the surrounding waters.  Another less well known piece of our history lies just to the south of the Needles, the now abandoned military missile silos once used to test rocket engines way from prying eyes between the 1950’s and early 1970’s.

Tucked away and easily missable is the enchanting Mottistone Manor Garden. It’s not huge but it’s beautifully kept, and thanks to the aforementioned Isle of Wight microclimate, the National Trust’s gardeners grow all sorts of things at this spot which won’t survive anywhere else in Britain.

Woodside Bay Lodge Retreat treehouse three-night breaks cost from £459, while a week starts at £829. Find out more at www.darwinescapes.co.uk/parks/woodside-bay-lodge-retreat.