Paula Lester is blown away by Chalet Saunton, a contemporary retreat in North Devon situated above a beach that allows dogs all year round.

The three-mile-long golden sandy beach, which is so photogenic that Pink Floyd shot the cover of their 13th album A momentary lapse of reason there, has long drawn people to the area, especially as, unusually, dogs are allowed to dip their paws in the waves all year round. There’s also a surf school at the end of the footpath (Walking on Waves, run by champion surfer Sarah Whiteley) that leads direct from the Chalet, via a decked boardwalk, to the sea.

Given that Chalet Saunton’s owner, Tim Fleming – who built this slate-coloured shrine to minimalism and open plan living on the site of his boyhood home in 2017 – allows guests to bring their dogs and provides (warm) outdoor taps to wash off pooches and surfing gear, as well as a place to store boards and wet suits, all seven apartments are ideal for those who love the outdoors.

Inside, decor is clean and cool with white cotton bedlinen, pale grey marble bathrooms, state of the art appliances (we loved the Nespresso coffee machine, complete with a milk frother), cosy underfloor heating and striking artwork, including lots of moody black and white photographs. This is very much an ‘apart-hotel’, offering a contemporary take on traditional self-catering properties: there’s no chintz or net curtains here.

The penthouse apartment at Chalet Saunton is particularly striking

However, apart from the huge, light-filled rooms and being able to contact the super efficient housekeeper Lisa – who can arrange baby-, dog-sitting and shopping – at any time of the day or night, the most captivating charm of this sleek property is the Crittall French doors that afford a mesmerising window on a dramatic coastline that’s just as beguiling on a dark, stormy night, when the roaring waves crash onto the shore, as it is on a bright, sparkly day, when the aquamarine sky almost merges with the silvery, shimmering sea.

A stay at Chalet Saunton costs from £350 per night for a three-bedroom apartment that sleeps six, on a self-catering basis, including a welcome hamper of local produce and ilapothecary shampoos, conditioners and scented candles. 01271 890514 or see www.chaletsaunton.com for more details.

You’ll definitely need a car, as, although it’s possible to walk (barefoot) to the beach in five minutes, the Chalet is located three miles from Braunton and 20 minutes from Ilfracombe, where we enjoyed succulent scallops, crab claws, a whole Lundy lobster and crunchy, goose-fat cooked chips at the excellent Quay restaurant. Very sadly it seems to have closed down since we went – hopefully somebody new will step in, for it’d a be a great shame for this town to lose a restaurant whose upstairs tables are set in a white wooden-boarded room that resembles the inside of a boat, with big glass windows that allow diners to watch the sun set into the sea.

We also feasted on a fantastic fish and chip supper from Squires in Braunton which we ate from the wrapping paper while sat out on the wraparound terrace at the Chalet.

We spent our days walking our three dogs (Labrador puppy, Nimrod, springer spaniel, Sam, and terrier Chester Lester) on the beach and exploring the local villages, such as Croyde and Combe Martin, as well at the bigger towns such as Ilfracombe – home to Damien Hirst’s controversial, but arresting, 66ft tall statue Verity, depicting a naked pregnant woman holding aloft a sword, that stands on the pier at the entrance to the harbour.

If we were staying longer, however, we may well have gone riding at Roylands Riding Stables, ventured along the South West Coastal Path or cycled along the Tarka Trail.

Featuring some 32 miles of cycle paths – all the way from Braunton to Meeth with Barnstaple, Instow, Bideford and Great Torrington in between – the route follows the journey taken by Tarka the Otter in Henry Williamson’s classic tale.

Golfers can head to the Saunton Sands Golf Club to try their hand at the two, 18-hole courses located in the depths of Braunton Burrows (a UNESCO world heritage site) once described as a ‘wonderfully absorbing challenge’ by Sir Nick Faldo. 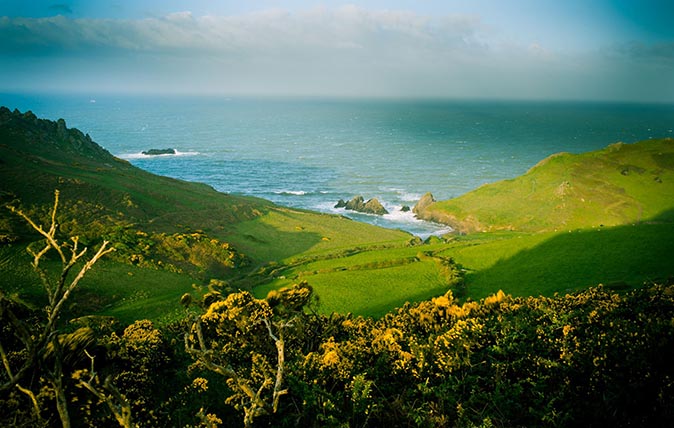 In one of the most beautiful locations along the South Devon coastline, Soar Mill Cove perches in a dip in the landscape, with uninterrupted views of the sea, and a beach that could almost be considered private.

Like an escape back to a bygone era, it is elegant whilst welcoming families, with plenty to do including tennis courts and a swimming pool and spa. Many rooms have their own terraces, and lots of space for dogs to relax with their owners. All they ask is for a a nominal fee of £10 a night per pooch. 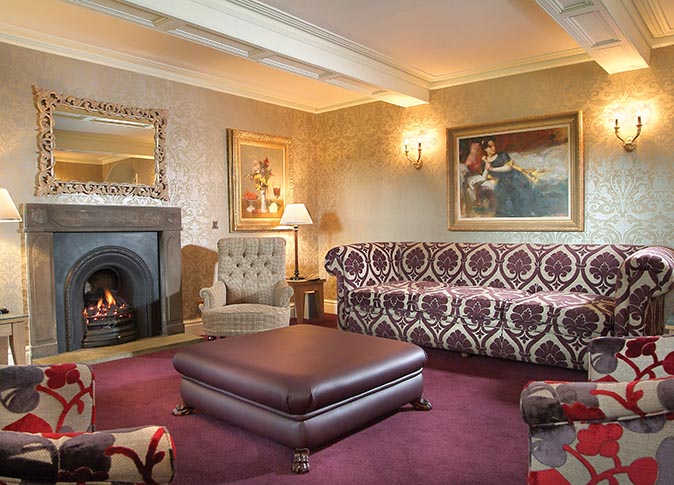 For those looking to explore the Yorkshire Dales, Hipping Hall provides country style alongside contemporary hospitality. A refurbished property dating back to the 18th century, many of the rooms and suites are located in the former stables, whilst other areas of the property enjoy a history as far back as the 15th century.

Providing intrigue and elegance all in one go, it is a longstanding favourite of Good Hotel Guide reviewers, with five dog friendly bedrooms in the stables, and also permitting dogs in the orangery. 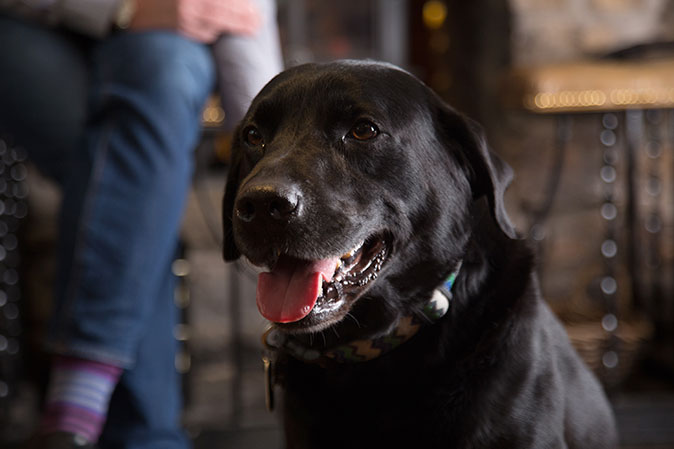 Set between the Lake District and Yorkshire Dales National Parks, The Sun Inn is an understated pub with rooms style destination, dating back to the 17th century. Despite its modest nature, this inn holds many an award for its warm welcome and carefully considered details such as carpets woven from local wool.

A favourite amongst walkers, dogs are welcomed with a complimentary ‘pooch pack’ on arrival including a towel, a dog bowl and a special doggy treat and a dog trail map provided, including a short walk immediately from the door.

Bonnie Friend, editor of the Good Hotel Guide, shares her tips for places that will not only welcome your dogs

Emma Earnshaw appreciates the fine dining and friendly welcome at the Bottle & Glass Inn, Binfield Heath, near Henley on