Country Life's Steve Ayres is taking a trip that's a biker's dream: touring Scotland on a Triumph Tiger XRX 1200. In his latest dispatches he visits the birthplace of British Christianity, finds a superb curry in a surprising spot and does battle with tens of thousands of midges...

Sunday morning greeted us with birdsong, our batteries fully charged and raring to crack on. A short ride down into town and into the queue for the 45-minute ferry crossing to Craignure, Mull.

Fortune favours the brave and seeing we had arrived in good time the ferry master squeezed us onto the earlier crossing. Yet another slice of luck that had stayed with us since the long ride up on Friday, when the forecast for heavy rain did not materialise.

Not that I feared rain. Before the trip I’d taken delivery of some of Triumph’s new Malvern range of gear, specifically a jacket and trousers – though referring to them as just ‘jacket and trousers’ doesn’t seem to do justice to Gore-Tex clothes complete with built-in body armour, and endless pockets and zips just where you need them. Having ridden over one thousand miles in them so far I can say with no hesitation they have enhanced every ride; I’ve bought riding gear for over 30 years and this has surpassed it all.

Rolling off the Isle of Mull ferry, full of strong coffee, it was time to open up the bike again on the twisting and narrow switch back roads heading for Tobermory where we made camp.

Tents pitched, we headed back on the same road towards Fionnphort to catch the Caledonian MacBrayne to the Isle of Iona, the birthplace of British Christianity.

The Abbey is the most famous of Iona’s ancient buildings, but for me the nunnery was more of a draw. We spent a happy few hours here, taking endless photos and rapidly losing track of time in a spot so glorious you can see why it inspired people to believe in the Almighty.

The beach, with beautiful views over the bay, was bathed in sunshine and a delightful place to watch our boat cruise in, ready to take two slightly-sunburnt bikers back.

Supper in Tobermory was a superb curry in the Spice of Mull – if you ever find yourself there I can highly recommend the chicken tikka biryani, and even Steve – a connoisseur not of curry not easily impressed – gave it his highest rating: a slowly-nodding head.

As we ambled through the town afterwards, we took in the clock tower in the bay – a focal point for locals and tourists alike, and with a view over the bay its easy to see why.

It was an almost perfect day – though only almost. Riding back the short distance to the campsite confirmed our fears: the midges were back with a vengeance. A word of caution about Mull: the midge is a terror. Some form of face mask is thoroughly recommend, as is midgeforecast.co.uk – you won’t avoid them, but it’s invaluable in giving you a warning of your foe awaiting you.

Morning brought even more of the winged demons and we tore down the tent in record time to escape them and caught the early very back to Oban, onwards on the A82 towards Fort William and the Isle of Skye.

The Triumph Tiger made it effortless, not complaining even when I seleced the wrong gear – the engine’s torque sees it pulling strong at any point of the rev range, despite being fully-loaded with two panniers, top box and tent on the pillion seat.

I got chatting to a couple from Longford, Ireland who had taken a quick break to Mull on a bike similar to mine and we compared notes before wishing each other a safe ride (Jimmy and Sharon I hope you made good time and caught that final ferry home!)

We stopped briefly in Spean Bridge at the memorial for the Royal Marine Commandos to pay our respects. You can’t help but have admiration for the these elite soldiers, who trained in the countryside there; no doubt they had a wonderful time in sunshine and 20 degrees, but it must have been hellish come wintertime. 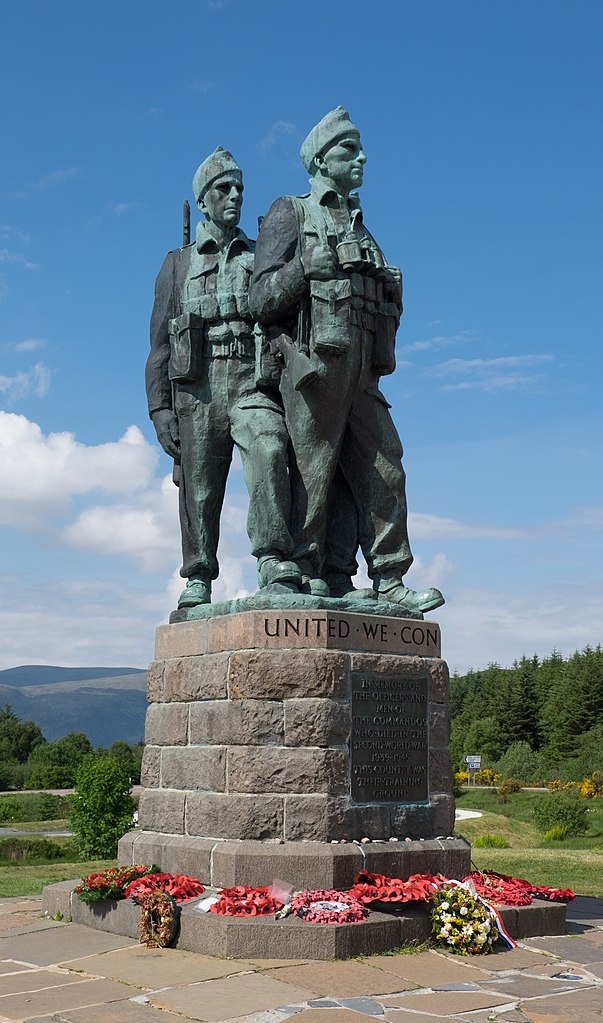 Moving on we came over even more roads twistier than a ball of string; does any part of Scotland have a straight road I wonder? Not that you’d have it any other way – and there were at least no corners to contend with riding over the Skye bridge.

That brought us to our next stop, at Sligachan, where yet another picture postcard scene surrounds the campsite. At this rate I may not return back Down South…

Steve will be blogging for countrylife.co.uk throughout his journey across Scotland on a Triumph 1200 XRX – see www.triumphmotorcycles.co.uk to see more about his bike. You can read his first piece here, and you can see more of his pictures on his Instagram page.

This house for sale on the Isle of Mull is a vision of Georgian cosiness in an idyllic natural setting.

In the Scottish Borders a few miles away from Kelso lies the beautiful estate at The Roxburghe, which is on