There's nothing wrong with simply flopping on the beach in a tropical paradise, if that's what you want to do.

But more and more couples are now realising that a honeymoon is an increasingly rare opportunity to take a big chunk of time away from work and do something really special. With that in mind, Country Life’s team have picked out 10 places that offer something just a little different.

Encompassing a vast area of South America (so big it’s worth spending money on a reputed agent), including Argentina and Chile, Patagonia is making a name as an excellent honeymoon destination for the more adventurous. Scenery is truly breathtaking; take time to go glamping in the Torres del Paine National Park, explore the central wine region and take on the Perito Moreno glacier.

Oh yes: and since you’ll like be flying in via Buenos Aires, make sure you add in a couple of days to get up to the Iguazu Falls – a waterfall system so spectacular it makes Niagara look like a dripping tap.

Where to stay: Well, not ‘stay’ exactly, but agents such as Pelorus and Scott Dunn offer tailored expeditions to Patagonia taking in remote lodges, fjords and helicopter trips to otherwise-inaccessible mountaintops.

A mini-Grand Tour of Italy

There are few countries that rival Italy in terms of romance and beauty, and there’s a good reason that British visitors have been touring its highlights for several hundred years. Venice and Florence are the obvious places to start but the former – as perfect and unmissable as it is – can come across as almost a Disneyesque parody of itself, while Florence’s endless treasures, as inspiring as they are, can a times make it feel as if you’re living in a giant museum.

Visit both, of course – and don’t miss Siena either – but make your base in Verona. It’s a splendidly pretty city full of beauty, history and life, and unlike more touristy spots it retains a truly vibrant and authentic Italian feel. That’s particularly true by night when the locals come out for La Passeggiata, the splendidly unashamed spectacle of people watching each other doing nothing more (or less) exciting than mooching slowly up and down the main street, taking each other in.

Where to stay: There some fine hotels in Verona and villas just outside the city, but Hotel Milano is right in the centre and has one of those features which will look amazing in your photos – a rooftop Jacuzzi overlooking the Roman amphitheatre.

Lush mountains, glorious beaches and a remote, unspoilt feel make this paradise worth the trip – particularly on a honeymoon, when you’ll have more time to play with than normal. And if you travel between June and November you’ll get the chance to swim with humpback whales.

Yet French Polynesia isn’t the easiest place to get to from the UK, so break up the journey with a few days in California. If you’re flying via LA then places such as Malibu, Ventura and Santa Barbara have fantastic hotels, but we’d suggest going via San Francisco and spending those extra days in Yosemite, the Sonoma Valley and the City on the Bay itself.

Where to stay: On Tahiti try Vanira Lodge, carved into a mountainside with spectacular views; The Majestic Yosemite Hotel isn’t a luxury place per se, but it’s a wonderful 1920s period piece for all that and where the Obamas stayed not long ago.

This is a classic honeymoon choice, and for a true African safari you won’t find game reserves more luxurious than Lion Sands, home to a magnificent clifftop tree house where you can sleep under the stars, or nearby Mala Mala, where you’re guaranteed to see the Big Five every single day before sunset drinks on the savannah.

After your adventures in the Kruger National Park, fly south to travel along the Garden Route and enjoy the sleepy beach towns of the coast. Try Saint Francis Bay for their excellent links golf course or Plettenburg Bay for pristine sand and excellent surf.

Where to stay: Lion Sands is an impeccable luxury option, while Mala Mala has more of a 1920s-feel, plus the Sable Lodge for up to 18 guests which you can book for exclusive use.

Close to home but an entirely different world, the rolling highlands of Scotland are a stunning location to spend your first few weeks of married life. Adventurers can climb Ben Nevis while those looking for more of a stroll than a hike can enjoy the emerald lochs and glens that pepper the Caledonian countryside. Start or finish in Edinburgh and enjoy the delights of the Balmoral hotel, re-opened by Sean Connery and frequented by J.K. Rowling.

Where to stay: The Balmoral in Edinburgh is one of Britain’s most famous hotels – and if you fancy booking into another during your stay, they don’t come any better than Gleneagles, in the Highlands not far from Perth.

We make no apologies for including two Italian destinations in this list – the appeal of places such as Capri and the Amalfi Coast is entirely different to what lures people to the places further north. After a few days in Rome, take a high speed train to Naples and then hop on a ferry, private speedboat or helicopter to the nearby island of Capri. Popular with the great and good since Roman times, spends your days feasting on fresh seafood and cooling off in the crystal-clear sea at La Fontelina beach club.

Where to stay: The Capri Palace Hotel is a sumptuous choice – Country Life visited not long ago and described it as ‘A calm, discreet and stylish oasis from the outside world’. 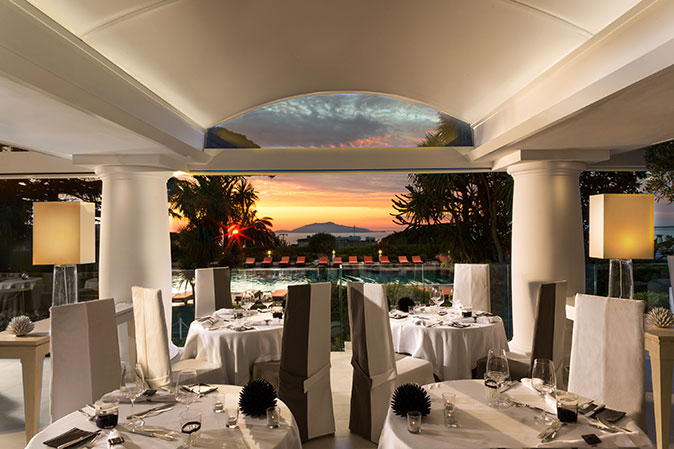 While a honeymoon is usually the ideal time for couples to take an extended break, life sometimes gets in the way – whether through work, family or something else. That doesn’t mean you can’t fit in an extraordinary trip though. Morocco is just a few hours’ flight, has palatial hotels, world-class gardens, the exotic joy of wandering the bazaars, and the opportunity to head into the Atlas Mountains for trekking, riding or – best of all – a hot air balloon ride.

Where to stay: The Royal Mansour Marrakech is everything you’d ever dreamed of in your Arabian Nights fantasies, while La Mamounia is equally exotic and was a favourite of Winston Churchill.

The mountain kingdoms of the Himalayas remain remote, unspoiled and mysterious –  yet they’re increasingly straightforward to reach: Kathmandu is less than two hours’ flight from Kolkata, while you can reach the Bhutanese airport of Paro from cities including Bangkok and Kolkata. The trekking and adventure on offer are the attraction, particularly if you are keen on climbing part-way up Everest.

Where to stay: You’ll need to book through an expedition company rather than with a hotel – companies such as Intrepid Travel can help you organise the logistics… and as you can see from the Instagram post below, it’s not only the honeymoon you can have at Base Camp.

One of the best spots for diving in Africa, Mozambique is ideal year-round (wet season is during our summer, but even then the showers are short and the beaches are empty). Like South Africa, Mozambique is famed for its ‘bush and beach’ honeymoons, with swathes of unspoilt coastline and a stunning selection of wildlife.

Where to stay: New places are popping up all the time, but the Sentidos Beach Retreat is right on the beach and has a lovely laid-back feel ideal for couples.

Say the word ‘Indonesia’ and it’s all too easy to think of the excesses of Bali and the city intensity of Jakarta, but this vast archipelago has enormous potential for a truly unique trip. The jungles of Borneo are spectacular and unique, but for something even more out of the ordinary you could try sailing around the Komodo National Park, a UNESCO-protected collection of 29 remote islands, many of which are uninhabited. You can snorkel with black-tip reef sharks, schools of tuna and green turtles, see incredible reefs and lush coral gardens, hike to the summit of uninhabited savannah islands and, with the help of an expert ranger, spot birdlife, monkeys and flying lizards.

Where to stay: Travel company Pelorus run a ‘Sail into Seclusion’ trip, in which they’ll organise all transfers, accommodation and the yacht itself.