Hunton Court has it all: a beautiful home in wonderful part of the country and full of interesting history, yet within easy reach of London.

The Hunton Court estate near Maidstone, Kent is described with admirable precision by the agents Strutt & Parker, who dubbed it ‘a rare and exquisite estate in a peaceful, rural location, 44 miles from London’ when it came to the market a couple of weeks ago at a price of £12.5 million. 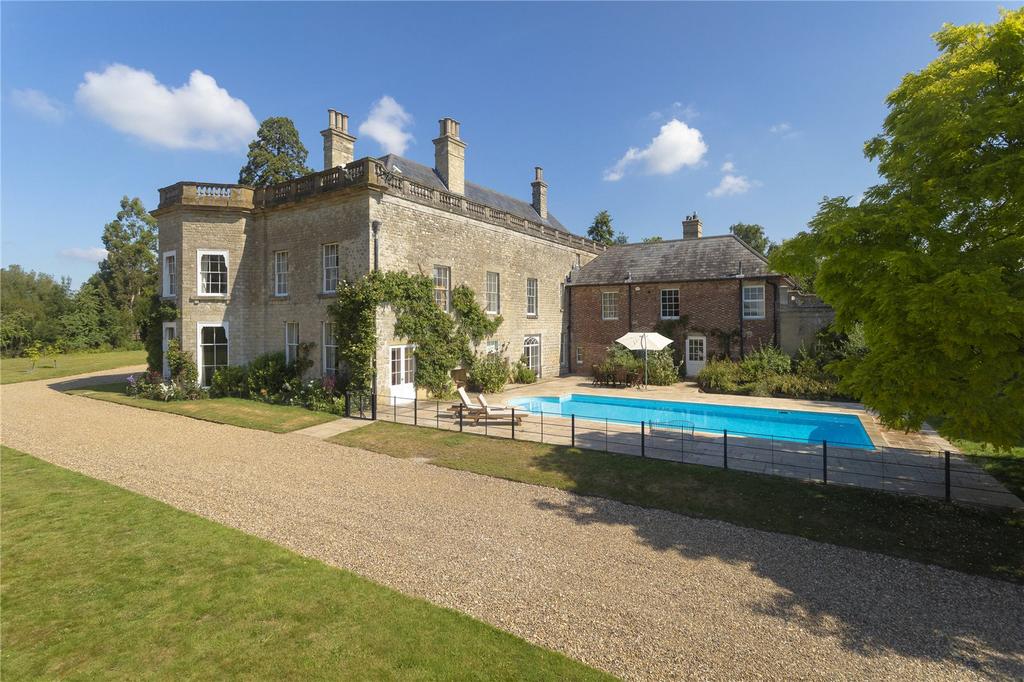 The house is surrounded by some 171 acres of land, including 30 acres of mature woodland and 128 acres of parkland, carefully managed by the owners to encourage wildlife and planted with some mixed woodland with the benefit of a Woodland Grant.

Hunton Court is listed Grade II and, unusually for Kent, is built of a mellow ragstone reminiscent of that found in the Cotswolds. 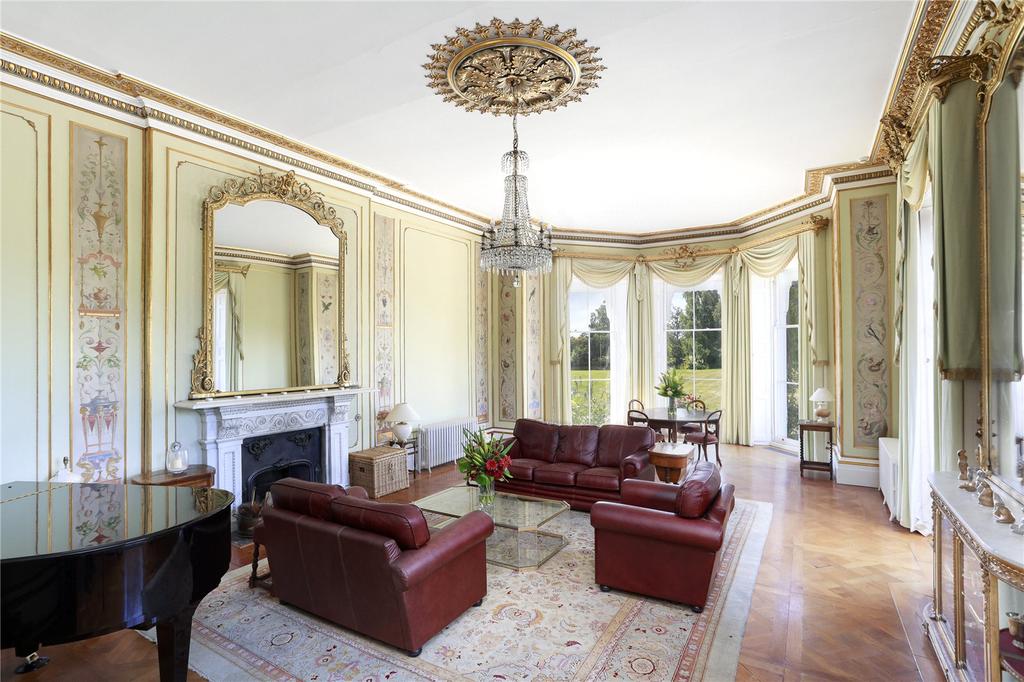 It lies at the end of two long driveways, both of which have lodges where they meet the public highway before meandering through the magnificent parkland. 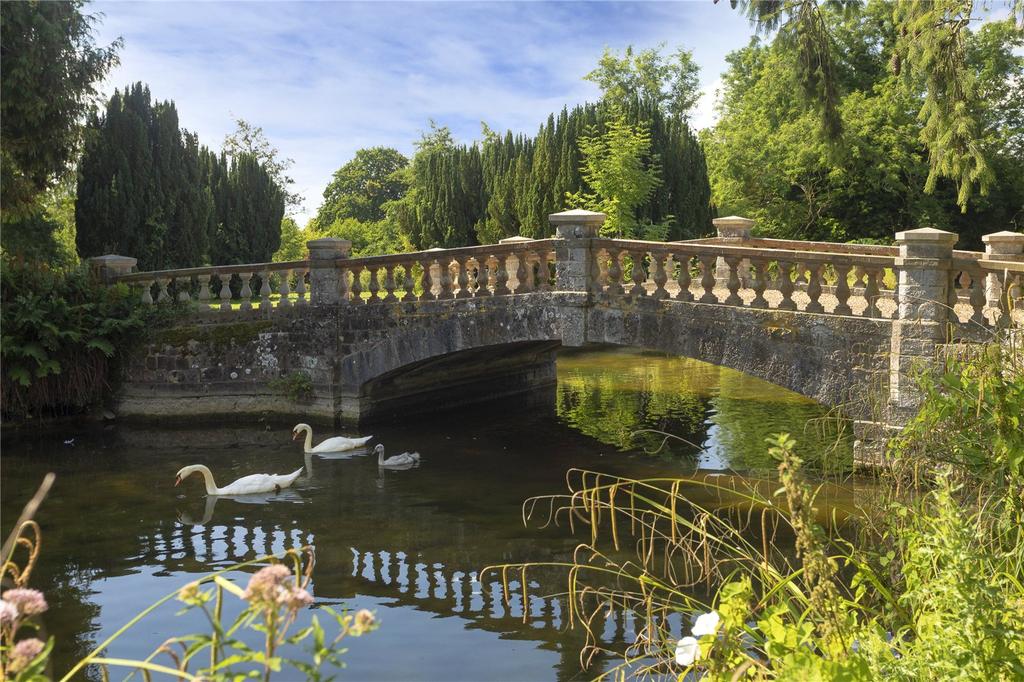 A large serpentine lake that bends around the western side of the house and garden highlights the tranquillity of the setting and the timeless elegance of the original design.

It hasn’t always been such a calm and pleasant spot, however. There’s more to Hunton Court than meets the eye and, behind its grand Georgian façade, substantial remnants of older buildings, dating from the 13th and 14th centuries and from the Tudor era, hint at times when life at Court Lodge, as it was previously known, was anything but peaceful. 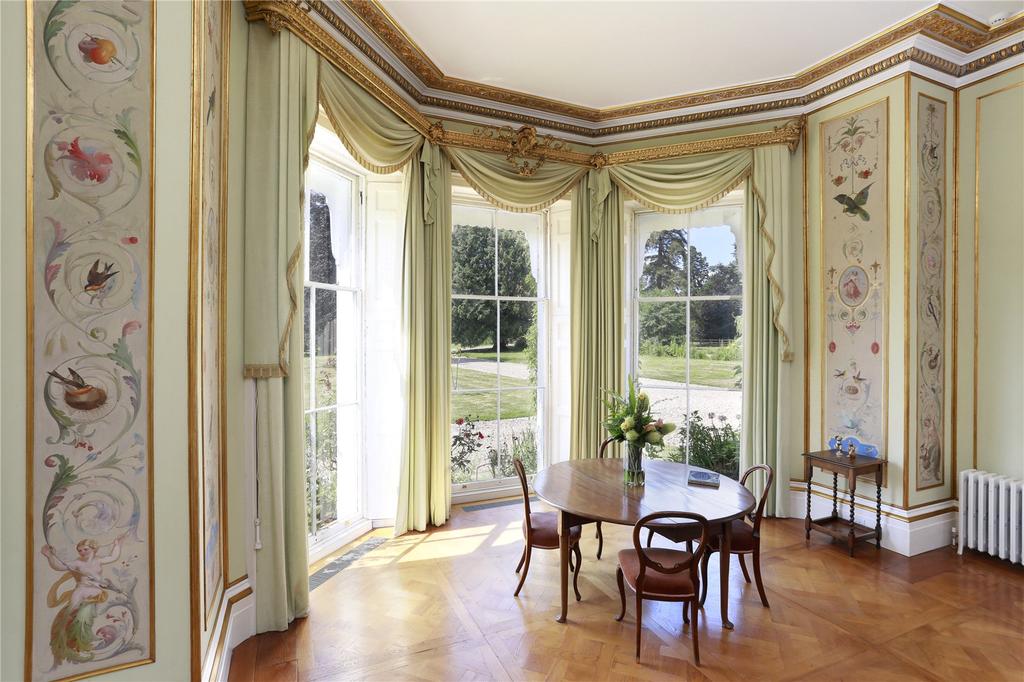 After the Norman Conquest, the monks of Christ Church Priory, Canterbury, were lords of the manor of Hunton. After the Reformation, Hunton Court was granted to Sir Thomas Wyatt, who was knighted and appointed High Sheriff of Kent by Henry VIII.

Fearing for the estates given to them at the Dissolution, Sir Thomas Wyatt’s hot-headed son, also Sir Thomas, led an ill-fated rebellion of his Kentish peers against Queen Mary Tudor, who married the Roman Catholic King Philip of Spain and sought to reverse the English Reformation instituted by her father. 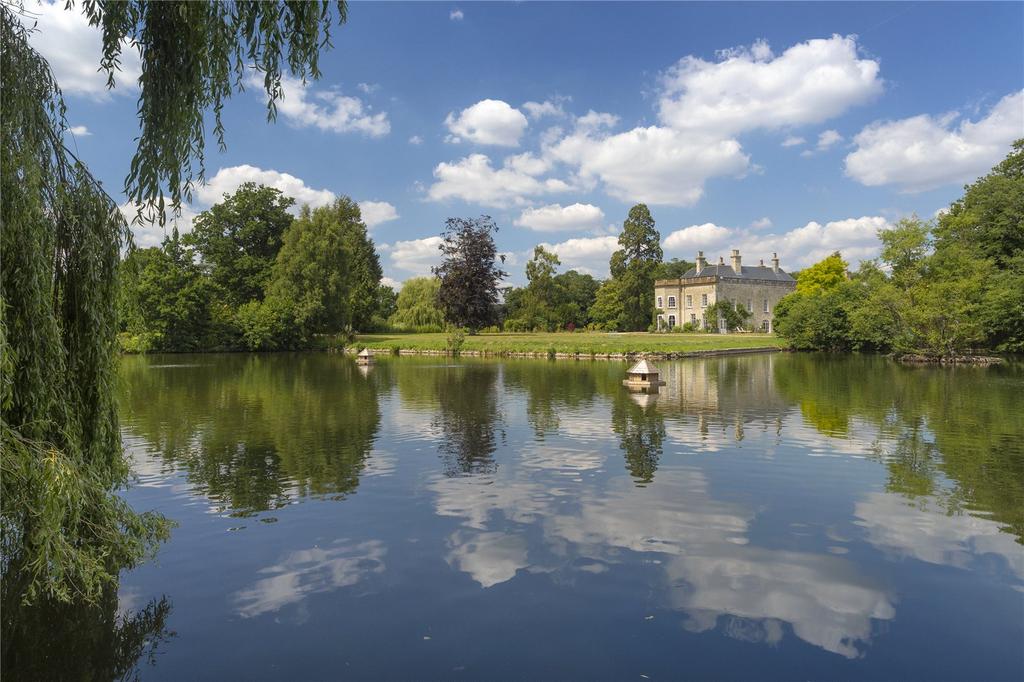 The young Thomas was executed for treason and his estates, including Hunton, were forfeited to the Crown. Elizabeth I later granted Hunton Court to Sir John Baker of Sissinghurst.

The estate subsequently fell on hard times and, according to the historian Edward Hasted, writing in the late 1700s, ‘the whole seat called Court Lodge, near the church, has long been ruinated; but the site of it, as well as the moat which surrounded it, are still visible’. 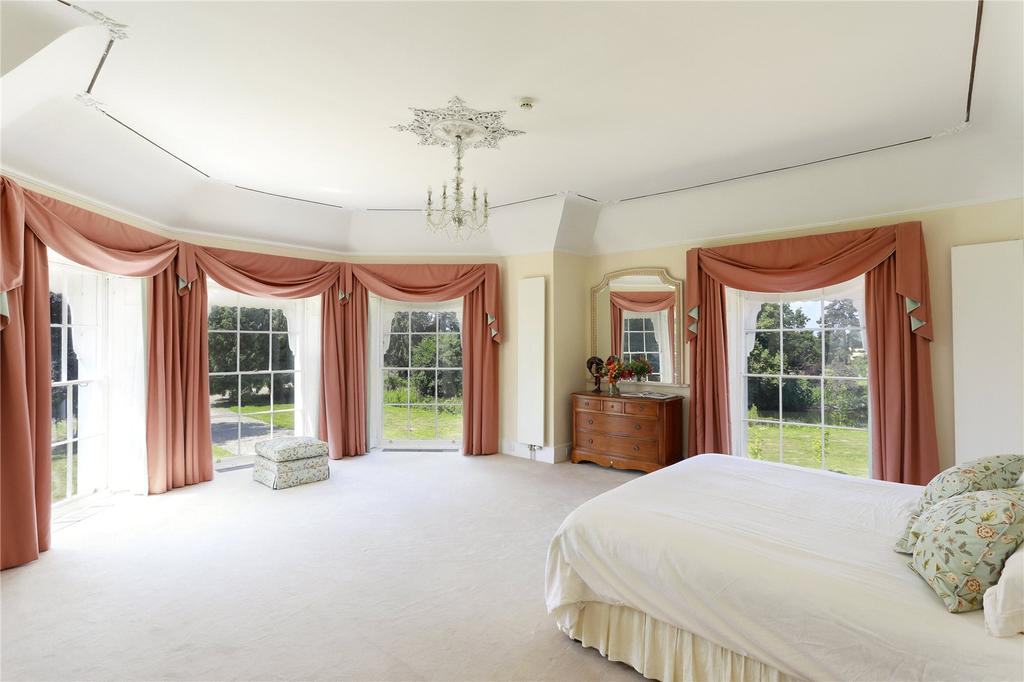 According to the entry for Hunton in the Topographical Dictionary of 1831, the site was that of an ‘ancient mansion’ of the ‘noble family of Clinton’, who succeeded the de Lenham family in the medieval period.

In 1850, Henry Bannerman — scion of an enterprising Scottish family of farmers and distillers who, by the late 1820s, had created a cotton-trading and manufacturing empire based in Manchester — retired from the business and moved to Kent, where he had invested his profits in the Hunton Court estate, located in a thriving hop-growing area near Maidstone. 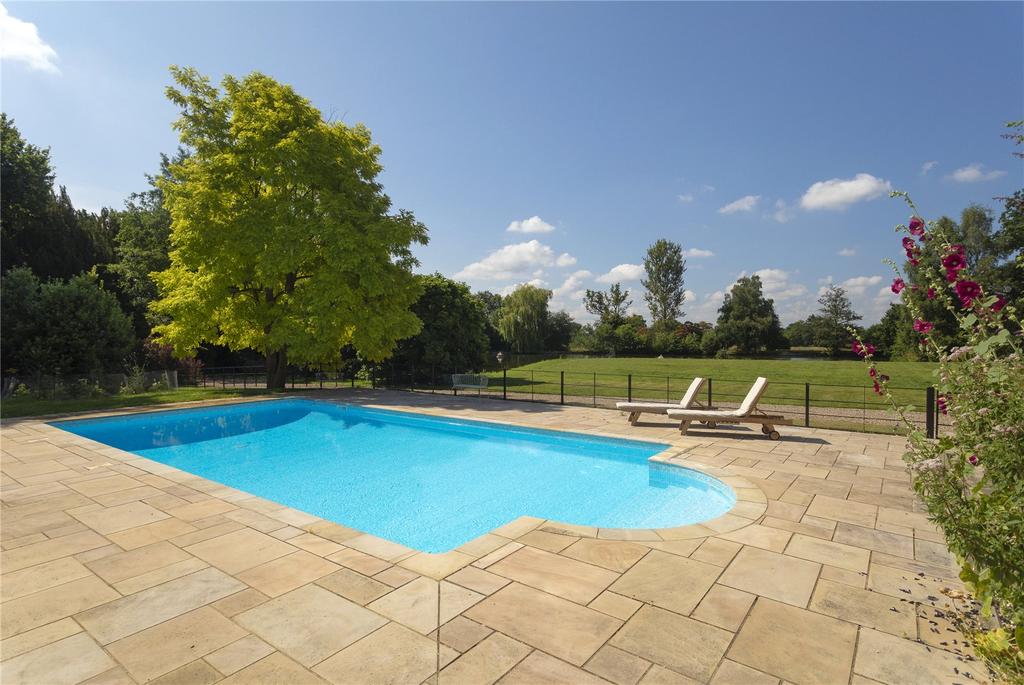 By 1848, he had already enlarged and remodelled its 18th-century farmhouse, adding the imposing Georgian façade, with its central pediment, canted bay windows and balustraded parapet. The interior was refitted with delicate plasterwork and painted decorative panels depicting Classical scenes, foliage and flowers.

Mr Bannerman lived at Hunton Court until he died in 1871, leaving the property to his wife for life and then to his nephew, Henry Campbell, on condition that he took the additional name of Bannerman, which he did in 1872. However, the new owner didn’t gain possession of Hunton Court until his aunt’s death in 1894, by which time, he was a Liberal politician, who led the party from 1899 to 1908 and was Prime Minister from 1905 to 1908. 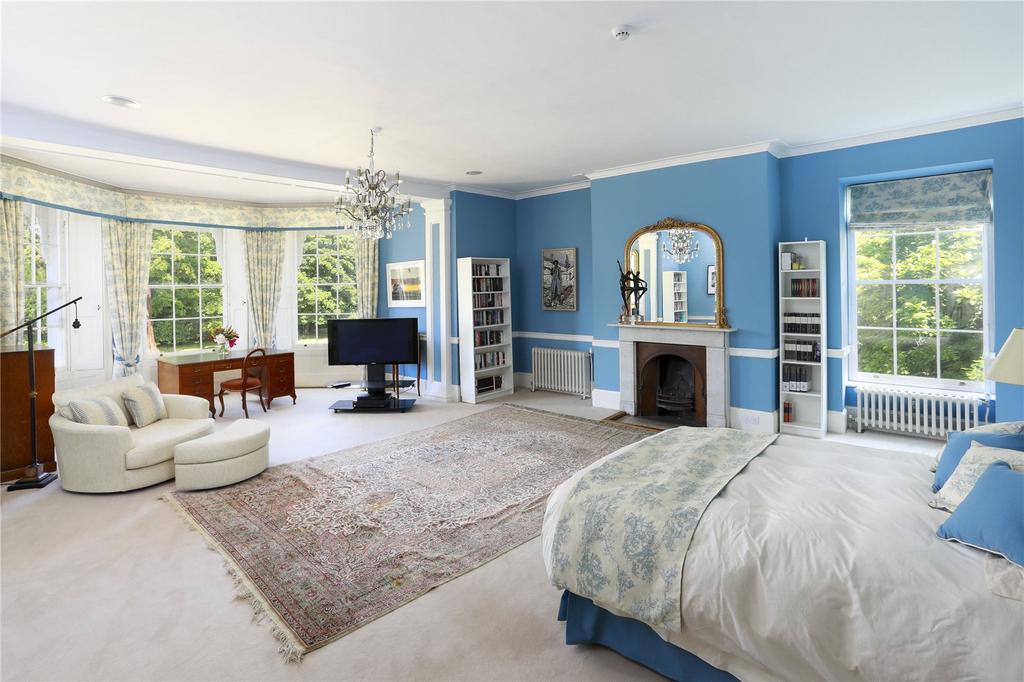 Sir Henry Campbell-Bannerman died in April 1908, leaving Hunton Court to a cousin, James Campbell-Bannerman, with whose descendants it remained until 2008, when it was bought ‘in need of renovation’ by the current vendors.

During their tenure, they have carried out a complete refurbishment of the interior, including the restoration and colour-matching of the decorative plasterwork and gilding and the repair and restoration of water-damaged wall murals.

Hunton Court is on the market via Strutt & Parker at a price of £12.5 million — see more pictures and information.