The highways and byways of scenic Wessex lead to a historic manor that inspired Thomas Hardy.

The eminent Victorian surgeon, Dorset-born Sir Frederick Treves, who, as Royal Surgeon to Edward VII, carried out an emergency appendix operation that undoubtedly saved his royal patient’s life, always maintained that a surgeon should retire at the age of 50. This he did, in 1903.

Having decided to write travel books, he was asked by publishers Macmillan to write the Dorset edition of their popular Highways and Byways series. In the course of his research, Treves cycled more than 2,000 miles around his native county and his book Highways and Byways in Dorset, first published in 1906, apparently still tops the honour roll of books written about that wonderfully scenic part of Wessex.

At one point in his wanderings, he arrives at the ‘trim and decorous hamlet of Poxwell’, of which he writes:

‘This place, the Pockswelle (Puck’s Well) of Domesday Book, possesses a delightful manor house, built in 1654 by the then owners, the Hennings. The house is an ash-grey building with stone-mullioned windows gleaming through ivy, a roof of chocolate-coloured tiles, tall chimneys, great gables, and a hospitable porch with a chamber over it. A bright moss has splashed the old masonry with patches of gold. The manor stands among trees, with for a background a green hill.’

The house in question is Grade I-listed Poxwell Manor, six miles equidistant from Dorchester and the coast at Weymouth, now for sale through Strutt & Parker at a guide price of £3.75 million. 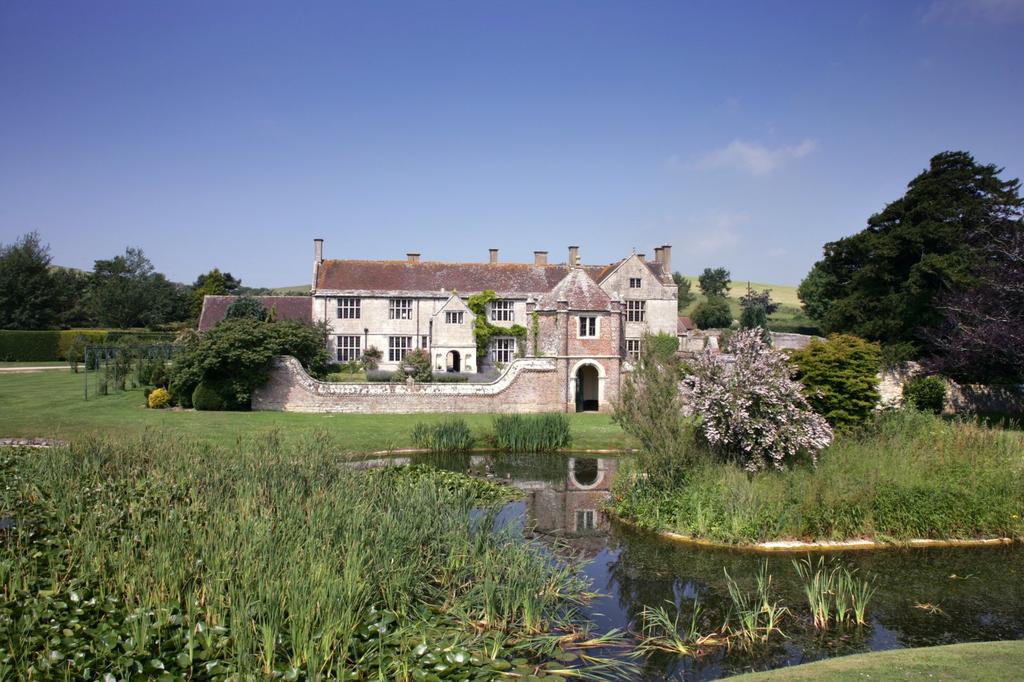 Poxwell Manor stands in 10 acres of beautifully landscaped gardens and grounds that include an exquisitely planted walled garden, two small lakes, a stream and paddocks, all surrounded by farmland within the south Dorset AONB.

It comes with a three-bedroom cottage, a range of traditional barns and outbuildings, a swimming pool, a former tennis court, a helipad and a helicopter hangar. 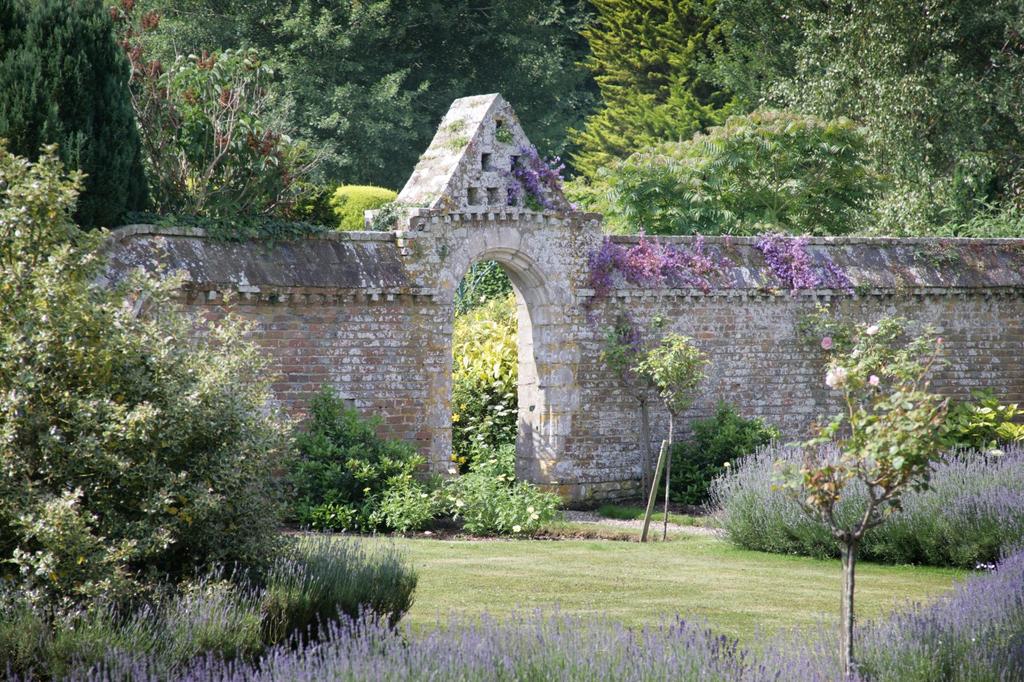 It was, in fact, built in the early 1600s (not 1654) by John Henning, a merchant from Poole, whose son became Sheriff of Dorset in 1609. Treves goes on to describe Poxwell Manor’s distinctive Carolean gatehouse, built in 1634, as ‘this queer little guardroom [which] has a pointed roof of red tiles toned down by yellow lichen and an abundance of ivy’.

The manor was owned by the Hennings until 1695, when it passed by marriage to the Trenchards of Lytchett Matravers, in whose hands it remained until its sale in 1977.

In the late 1700s, George III is said to have visited the house on several occasions when reviewing his navy at Weymouth. By the time of Treves’s visit, however, Poxwell Manor had evidently been reduced to the status of a simple farmhouse, as the references to ‘an abundance of ivy’, ‘bright moss’ and ‘lichen’ suggest. It nonetheless inspired the writer’s lifelong friend, Thomas Hardy, to use it as the model for crumbling Oxwell Hall in his novel The Trumpet Major (1880).

The glory days returned when its present owner, businessman Peter Bolton, bought Poxwell Manor in 1977, having fallen in love with the house that ‘nestled in what looked like a big open field’. He went on to develop the parkland that exists today, adding a lake, planting woodland and laying out formal gardens. The house is surrounded by parkland. Credit: Strutt & Parker

In 1986, Mr Bolton sold the manor and moved to nearby Whitcombe, where he trained a string of racehorses, including the 1992 Cheltenham Gold Cup winner Cool Ground. Six years later, in 1998, having heard on the local grapevine that Poxwell Manor was coming back onto the market, he swiftly moved to seal a deal, signing the contract within 48 hours. Even now, as he plans to downsize and move closer to town, Mr Bolton considers himself lucky to have enjoyed this special house for extended periods, not once, but twice in the past 45 years. 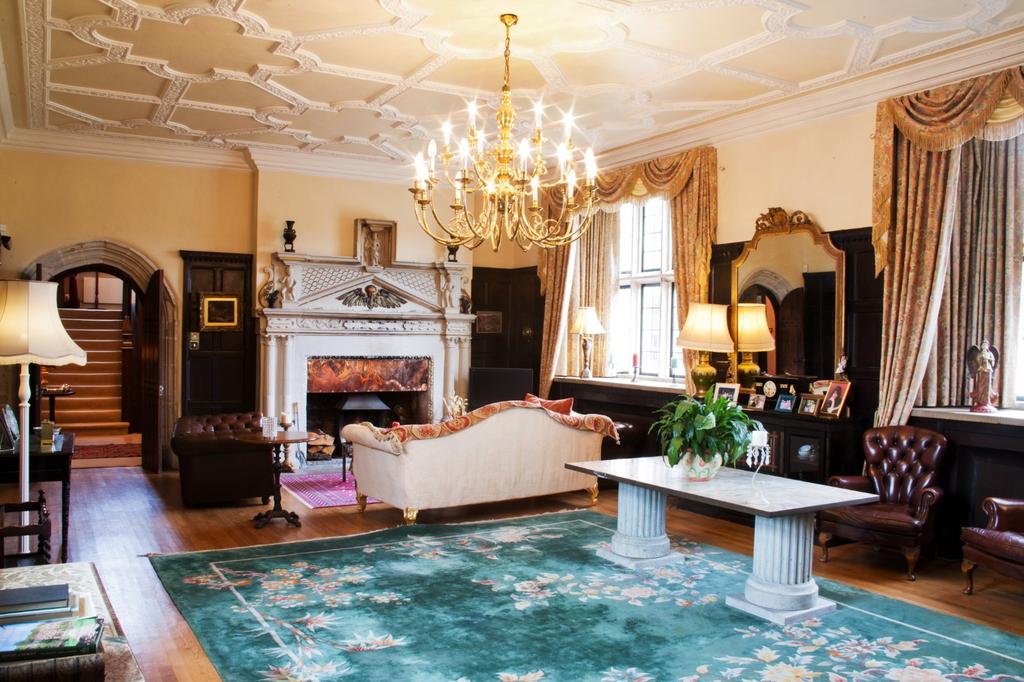 During those periods, he undertook a vast amount of remedial and restorative work to the historic, 10,260sq ft house, which boasts a wealth of period features, including wood panelling, original fireplaces, stone and wooden floors and leaded mullion windows, with well-proportioned accommodation on two floors, including an entrance hall, a magnificent trio of reception rooms comprising a great hall, a 30ft-long dining room and a library, a kitchen/breakfast room, nine bedrooms, two dressing rooms, seven bathrooms and attics. 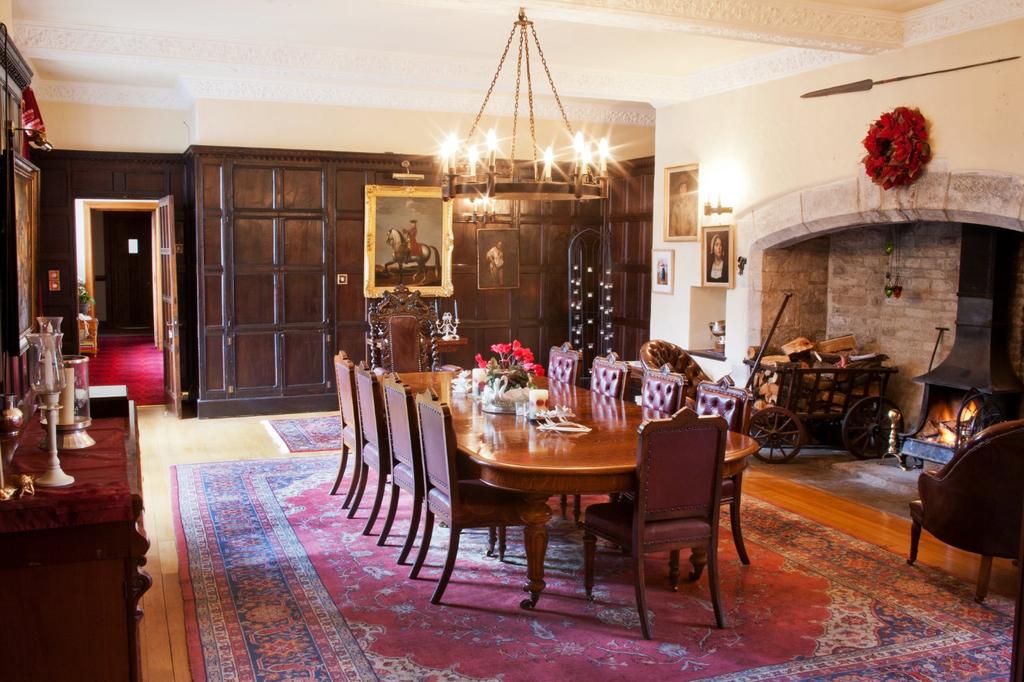 Poxwell Manor is for sale through Strutt & Parker at a guide price of £3.75 million. See more pictures or request further details from the agent.

The Archway comprises the front arch and watchtower of the estate's courtyard buildings Credit: Holden Copley

The Archway, in Newstead, Nottinghamshire, combines period details with magnificent views and an extraordinary setting on the estate that was