Knockhall Castle is beautifully, irresistibly romantic — but to say that 'it needs a bit of work' would be one of the great understatements of the year.

Owning a Scottish castle is a dream for millions of us. The idea of being laird of all you see, strolling the battlements and watching in satisfaction as an entire hog roasts in the giant stone fireplace are fantasies for anyone who’s ever seen Ivanhoe.

Most of us would be prepared to do a bit of work to make it happen, too — a bit of decorating, and perhaps it wouldn’t be the end of the world if you needed to call in a builder to check the roof or the doorways or some such.

The list of jobs at Knockhall Castle — in Newburgh, Aberdeenshire, not far from Donald Trump’s golf resort — is a little more extensive than that, however. This really is a crumbling ruin; if much more had fallen down over the years it might have disappeared altogether. And indeed some of it has disappeared entirely, as Savills explain in the listing: ‘South of the castle there was an enclosed courtyard, but all that now remains of this is a fragmentary round tower at the south east angle of the enclosure which incorporated a dovecot on its upper level.’ 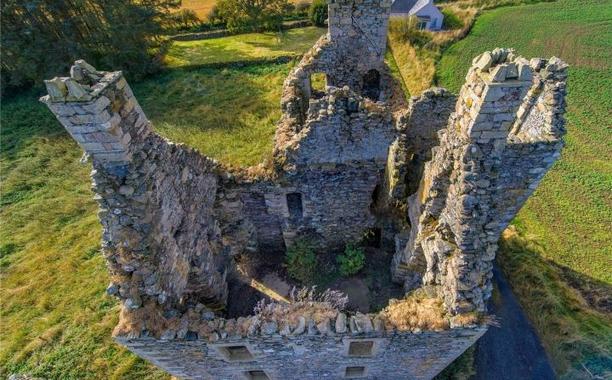 The state of the place isn’t too surprising when you hear the history. Built in 1565 or thereabouts, it was erected by Lord Sinclair but became the headquarters of Clan Udny in 1634. They stayed her for exactly a century, barring a spell during which they were forcibly ejected by the Covenanters. The Udnys returned and stayed here until 1734, when a fire ravaged the place — presumably an out-of-hand centenary party — and it has remained a ruin ever since.

What remains of the tower is believed to have undergone quite a few changes, particularly in the 17th century. Not the least of these is the large windows, which will — if the place finds a new owner to restore it — give magnificent views across the local countryside. 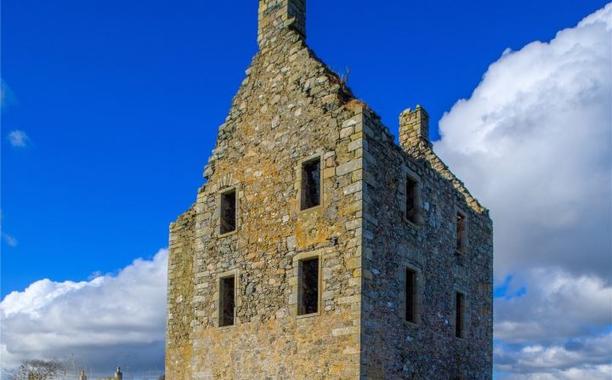 The pictures make clear that there is serious work to do here, and the asking price of £130,000 — a fair bit less than a mildly-specced-up Range Rover, and substantially cheaper than a Bentley — means that the new owner will likely have plenty of cash left over to bring in engineers, architects and builders to restore the castle.

Yet in a sense there is actually less to do than might initially meet the eye, as the listing explains: ‘The tower is externally complete and in an example such as this there is often sufficient evidence for a tower to be restored for modern occupation without detracting from its historic significance.’ 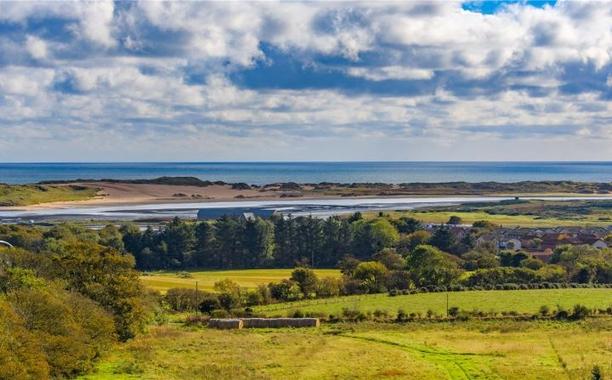 The agents even have a few ideas of their own to get the ball rolling: ‘The planning of this tower, with a large stair serving the two wings, and with ample light through the large rectangular windows, would also make its adaptive re-use possible.’ 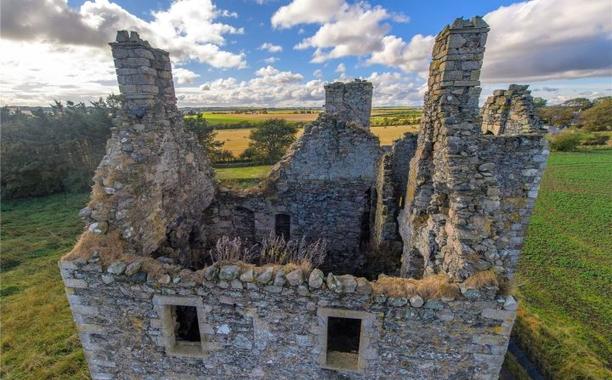 Naturally, should any redevelopment get the go-ahead from the relevant authorities, the first experts who’ll need to come on the scene are archaeologists. Once the secrets of the Sinclairs and Udnys have been discovered, the way will be clear for a magnificent restoration. We await with interest seeing what happens.

Knockhall Castle is for sale via Savills at £130,000. You can see more details here.