Penny Churchill takes a look at an English castle fresh to the market that offers history, escapism and a touch of the unexpected.

Sam Gibson, who heads up Scottish agent Galbraith’s new North of England office in Hexham, has hit the ground running with the launch onto the market of the ‘wildly romantic’, Grade I-listed Coupland Castle, near Wooler, Northumberland, which is for sale jointly with Strutt & Parker at a guide price of £1.9 million.

Unseen from any public road, it stands in 25 acres of gardens, paddocks and woodland traversed by the River Glen and adjoining the extensive Lanton estate — an idyllic setting presided over by the rolling Cheviot Hills to the south.

The sale follows the death, in October last year, of antique dealer and restorer Robin Jell, who bought the rambling historic building in 1979 and restored it over the years. He filled its many rooms with antiques and a large collection of pictures painted by his mother, the water-colourist Pauline Konody, and his maternal grandmother Isabel Codrington, who worked in oils — both exhibited widely during the 1920s and 1930s.

During their tenure, Mr and Mrs Jell skilfully maintained and embellished the 13,747sq ft main house, which boasts, in addition, a three-bedroom cottage and a lodge, both of which have been successfully rented out. A charming courtyard alongside the castle houses a variety of outbuildings, including a coach house/studio, a garage, three stables, a barn and workshops.

Within the main house, the accommodation, arranged over four levels, offers well-proportioned reception rooms, including the dual-aspect drawing room, library and spacious dining room, all of which have large bay windows and wonderful period fireplaces.

The first-floor rooms in the Georgian part of the house include a library and three bedrooms (two with en-suite bathrooms), with three further bedrooms on the second floor. The tower, with its 5ft-thick stone walls and spiral stone staircase, is arranged as a separate four-bedroom unit that has also been let in the past. 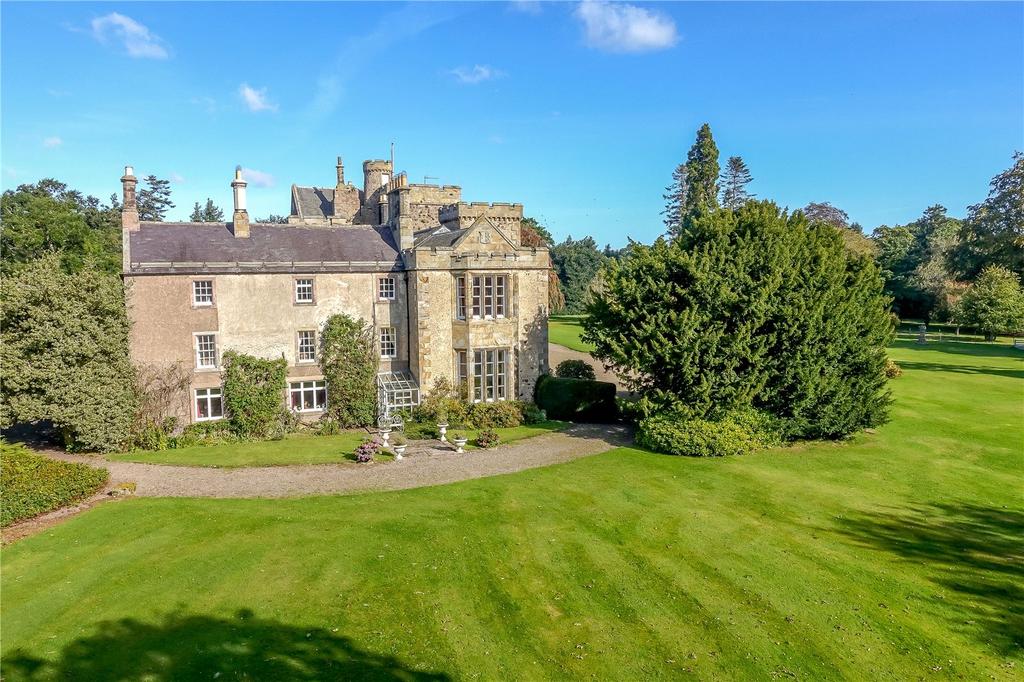 This part of Northumberland is sporting heaven, with some of the region’s finest rivers and sporting estates nearby, and hunting on the doorstep with the College Valley and North Northumberland Hunt. With Berwick mainline station a 16-mile drive and Newcastle airport less than 50 miles away, at Coupland Castle, the world of work can be as close or as far away as you would like it to be.

Although known as a castle, Coupland is in fact a late tower house, built of softly coloured volcanic rock with buff-sandstone dressings in three or four stages. It was the last fortified building to be constructed on the border in the late 1580s or early 1590s, following the recommendation of a Border Commission that a chain of forts be built to protect the frontier from marauding Scots. 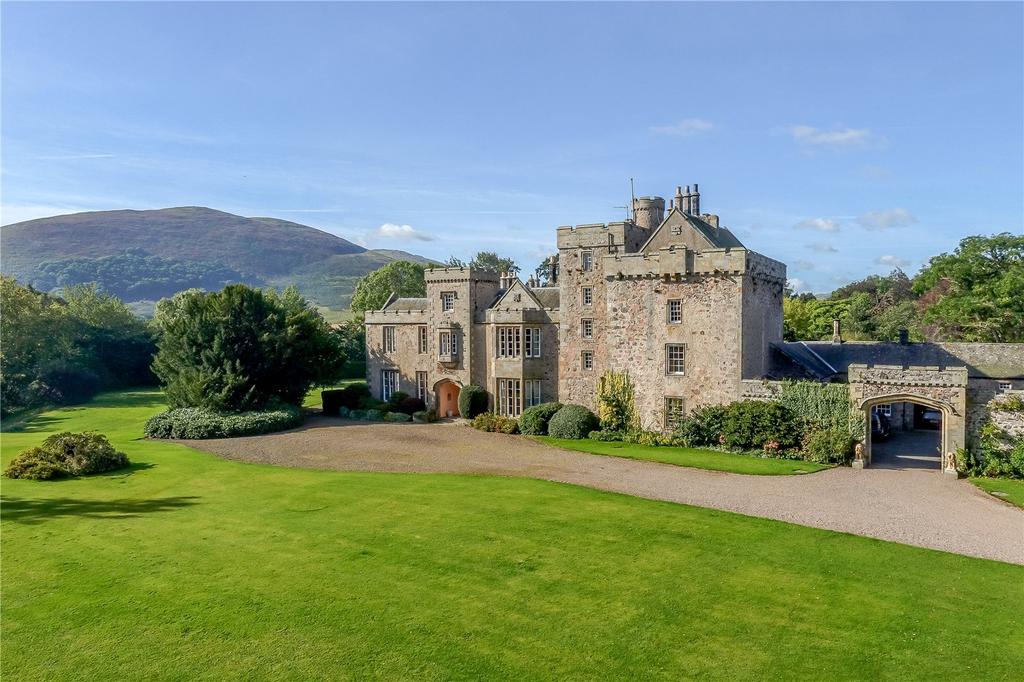 The smaller, taller tower was probably built after the union of England and Scotland in 1603, by which time the border country was an altogether more peaceful place. The huge fireplace in the Court Room, or sitting room, on the ground floor of the tower is engraved with the date 1619 and the initials G.W. and M.W. for George and Mary Wallis, who owned Coupland at that time.

Other historic features include the upper spiral staircase, designed to be defended by a left-handed swordsman, and a resident ghost who was said to haunt the Court Room, before reputedly being exorcised in 1925. A separate farmhouse was added to the south-west of the tower in the 18th century. 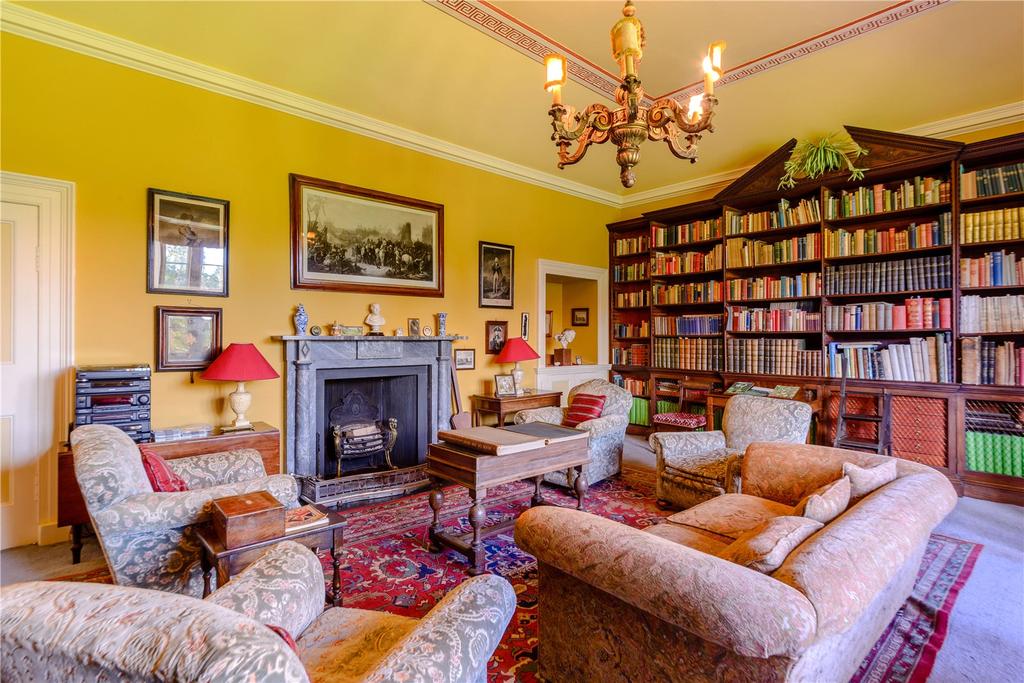 In 1713, the swashbuckling Sir Chaloner Ogle bought Coupland from the Wallis family. Nine years later, when in command of HMS Swallow, Ogle saw action against the pirate fleet of the notorious Bartholomew Roberts in the Battle of Cape Lopez in February 1722, during which Roberts was killed by a broadside from Swallow.

In a brief, four-year career, Roberts is said to have captured as many as 456 ships, and up to 22 ships at once. The character of Capt Jack Sparrow in the ‘Pirates of the Caribbean’ films is based on Roberts, whose death, some say, marked the end of ‘the golden age of piracy’. 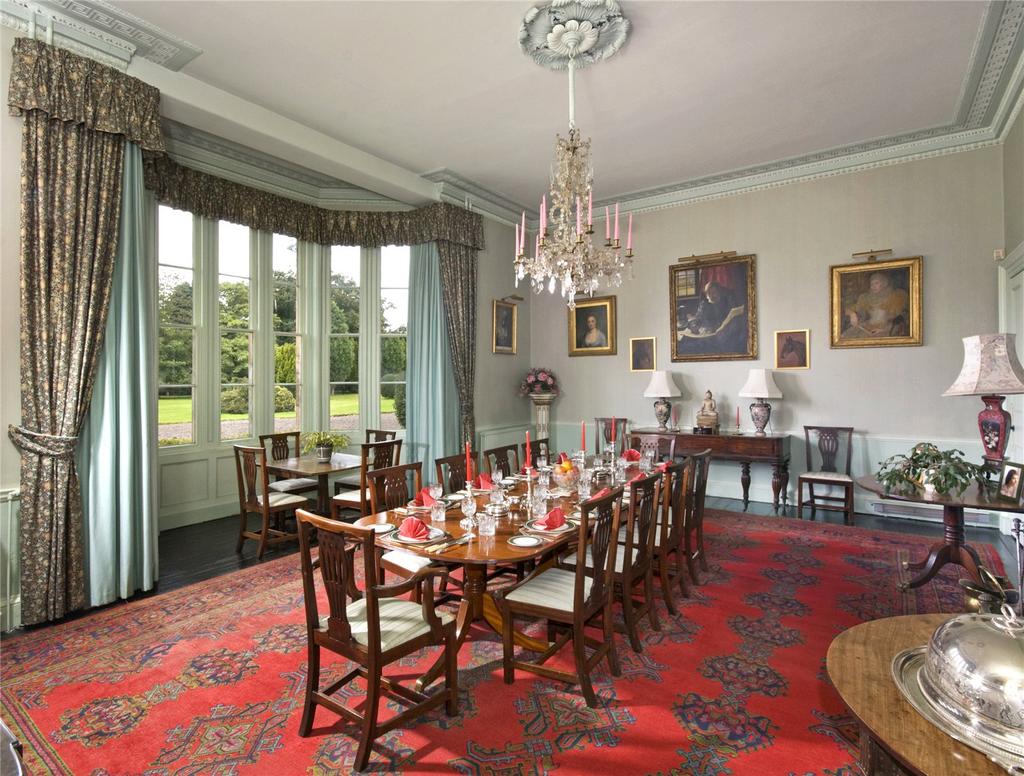 In 1806, Nathaniel Ogle sold Coupland Castle and its estate to Thomas Bates, who was succeeded in 1820 by the agriculturist Matthew Culley. He added the Georgian element of the present reception rooms, thus linking the tower and farmhouse.

In 1928, the Culleys sold Coupland to the Weidner family, who, in turn, sold it to Sir Walter Aitchison in 1938. Sir Walter took a keen interest in the gardens, planting the impressive arboretum to the east of the house that will soon be a sea of daffodils, snowdrops and bluebells. Coupland Castle was sold in 1971 and twice again before being purchased by the Jells in 1979.

Grade I-listed Coupland Castle, near Wooler, Northumberland, is for sale jointly with Galbraith and Strutt & Parker at a guide price of £1.9 million — see more details and pictures.

The coast of Ireland near Shannon and Limerick is unbearably beautiful and dramatic, whether you pack your golf clubs or