You don't have to be a millionaire to live in a grand country mansion, as these beautiful homes across Britain demonstrate.

Local folklore has it that Whernside Manor may have provided inspiration for Wuthering Heights (Emily Brontë and her sisters went to school in nearby Cowan Bridge). Set in tranquil Dentdale, close to the Dales Way, any ghosts of former residents have long since been banished.

This nine-bedroom gentleman’s residence has previously been run as a B&B and, with a little modernisation, could become a fabulous private home or boutique hotel. 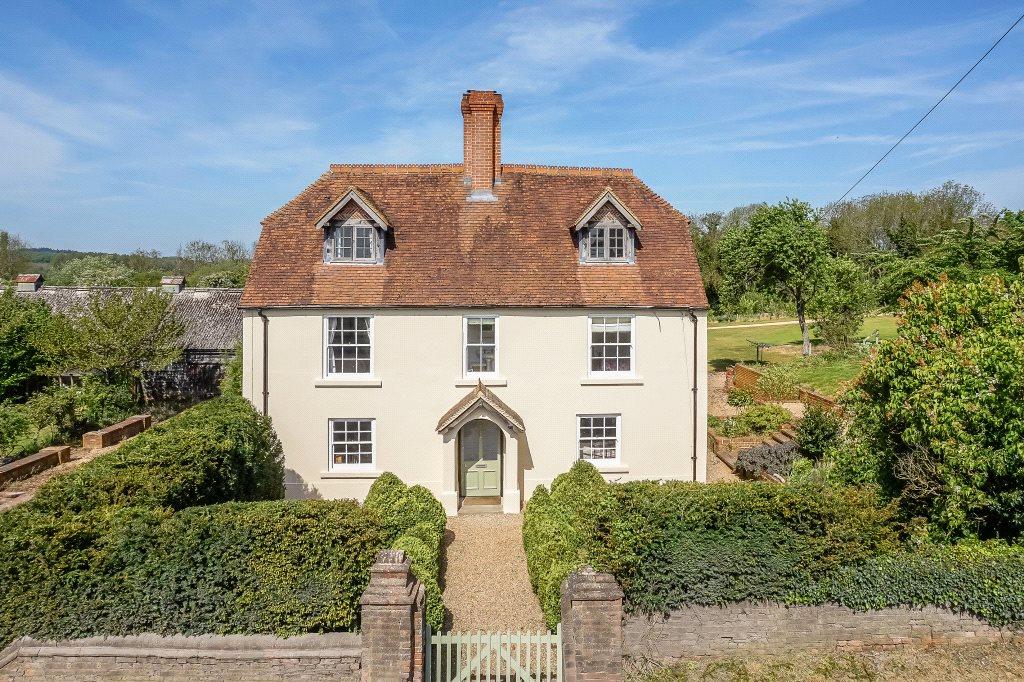 A six-bedroom family house in the Test Valley for less than £1 million? Pull the other one, you might say, if you weren’t already pulling on your waders to take advantage of some of the finest trout fishing in the country nearby. Pretty, Grade II-listed Brook Farm House is in the hamlet of Brook, on the banks of the River Test. 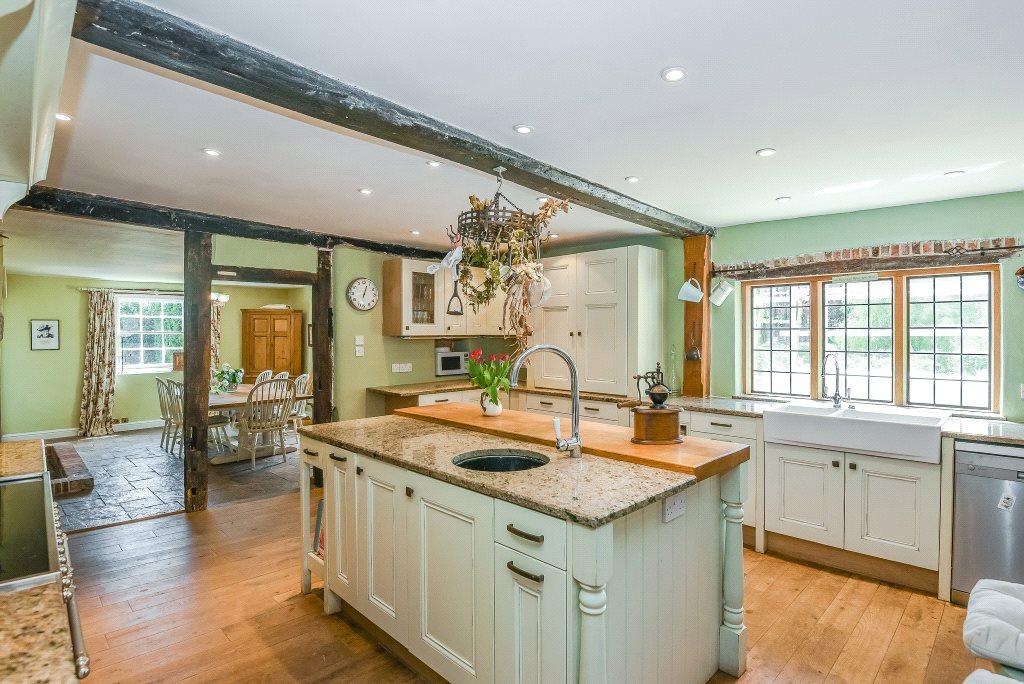 Surrounded by rolling chalk hills, the house has 17th-century origins, but has been sympathetically modernised. There’s a spacious kitchen, leading to a sitting room with a log burner. The master bedroom has a dressing room and en-suite shower and there are five further bedrooms.

For sale via Strutt & Parker – see more pictures and details.

When Kenneth Grahame penned the line ‘there is nothing – absolutely nothing – half so worth doing as messing about in boats’, he might well have been sitting in the front garden of Wandsley, which runs down to Lerryn Creek, part of the Fowey Estuary, which inspired The Wind in the Willows. 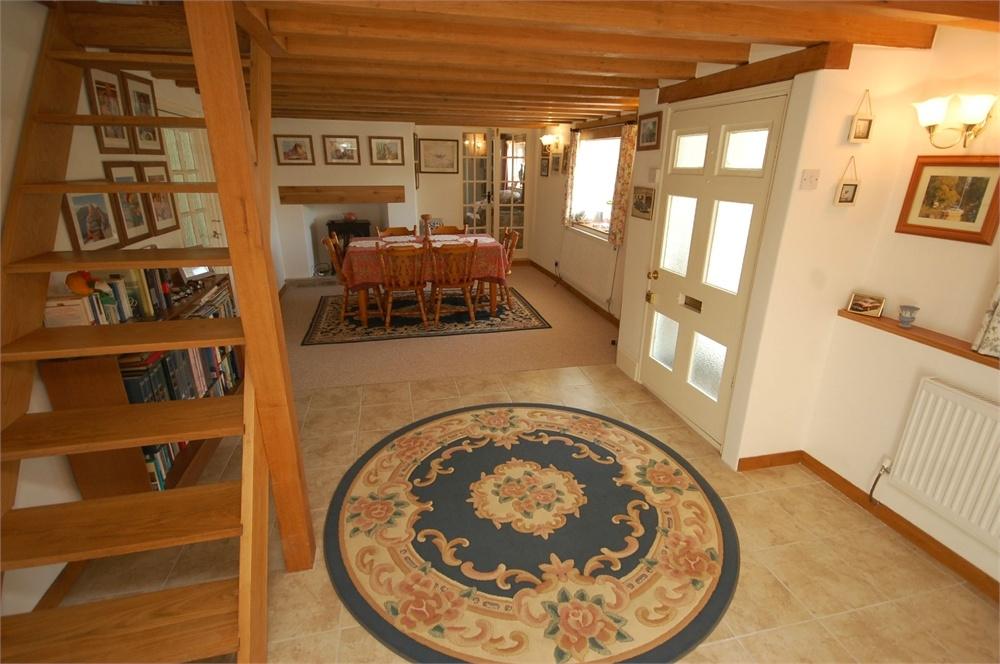 Waterfront properties this charming in picturesque Lerryn don’t come up very often. This one is south-facing, with three double bedrooms, gardens of one acre, backing onto National Trust woodland and mooring for a boat. 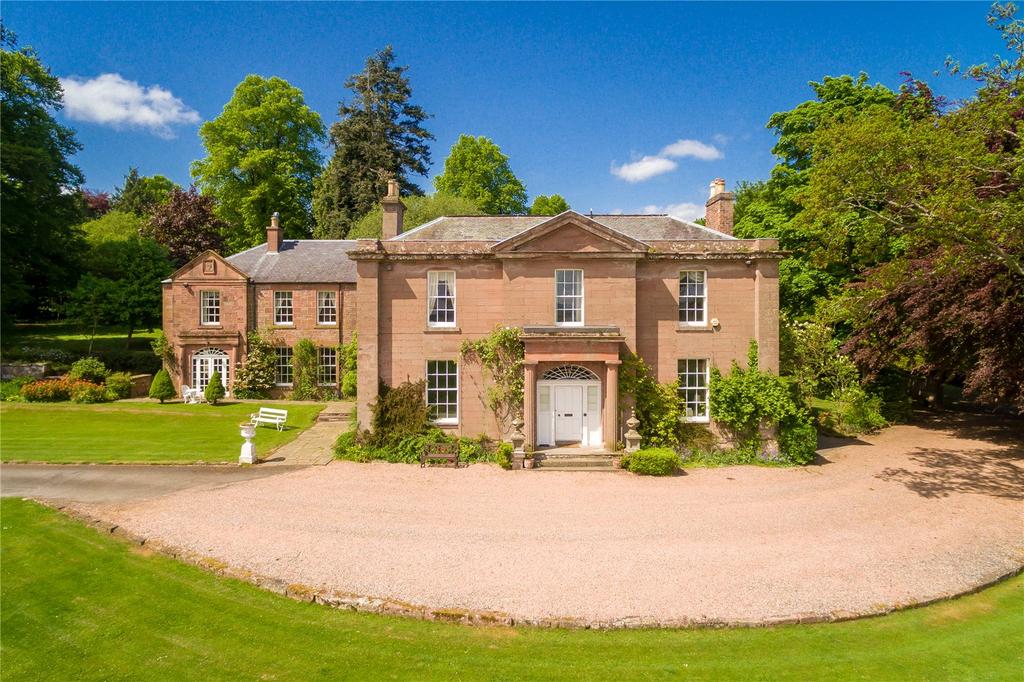 Nine-bedroom Bardmony House has only been for sale once in its 400-year history. It sits in nearly six acres of gardens and grounds in the Vale of Strathmore. Dating from the 15th century, a Georgian façade was added in 1830 and this part of the house includes a typically elegant drawing room. 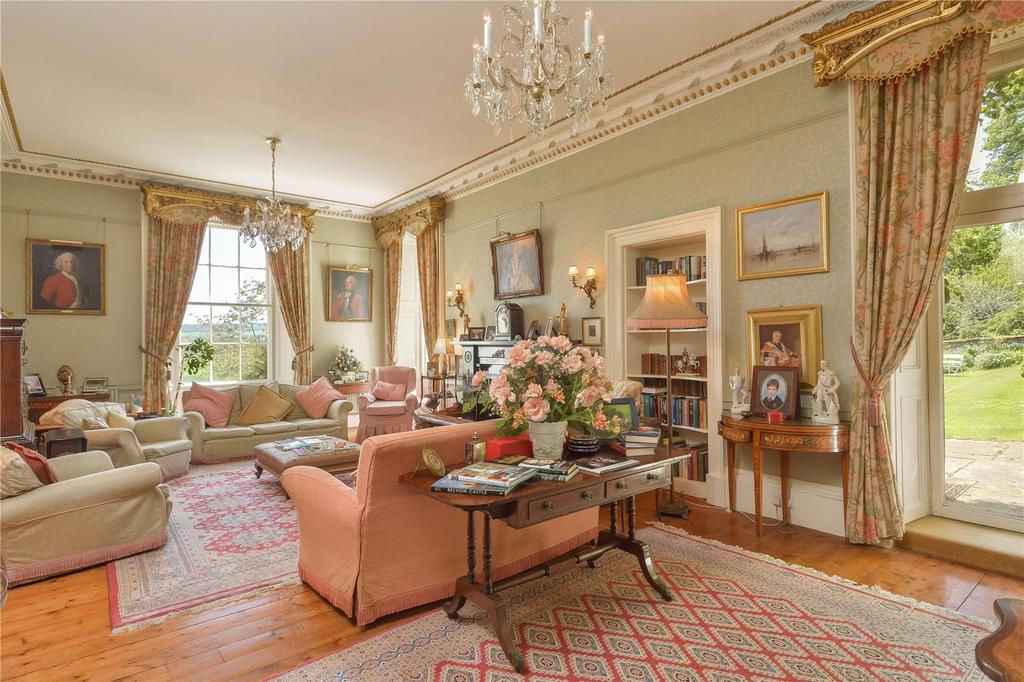 An additional wing was added in 1991. There’s also a gardener’s cottage, garaging and outbuildings. At offers over £900,000, it may also squeak in under the crucial £925,000 Stamp Duty threshold.

For sale via Savills – see more pictures and details.

In the absurdly pretty Constable Country village of Nayland, this Georgian former steam mill sits in a quiet lane, moments away from the bustling high street. 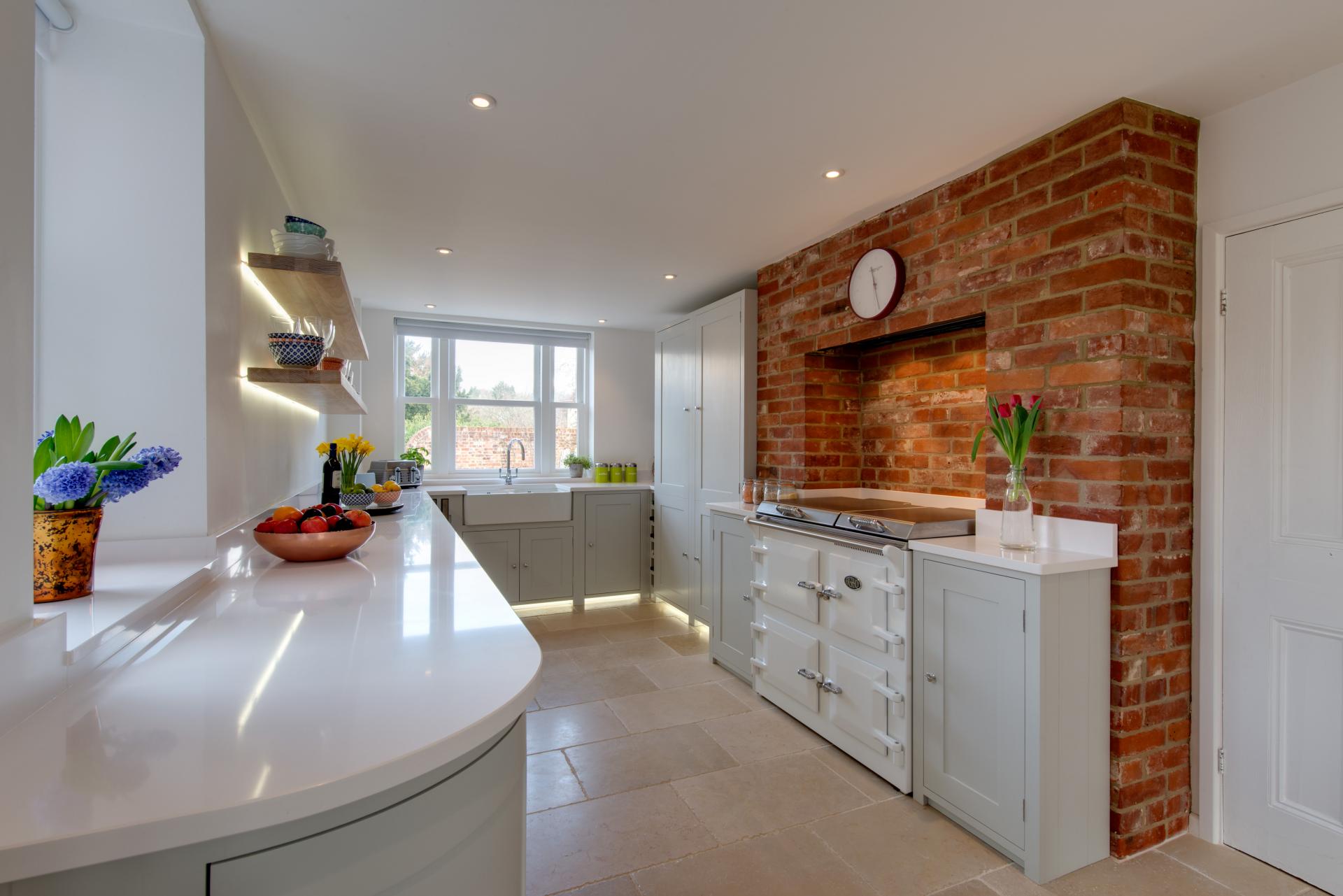 The immaculate accommodation – including a bespoke kitchen with Aga, five bedrooms and four bathrooms, is set over four floors, with wonderful views from the top floor. Trains from nearby Colchester reach London Liverpool Street in under an hour.

For sale via Fine and Country – see more pictures and details.

This dreamy house is Grade I listed, thanks to its handsome medieval open hall, thought to be the oldest in Wiltshire. The Old House, in the lively village of Market Lavington, has all the accoutrements of country living, including a family kitchen with Aga, a boot room and five double bedrooms. 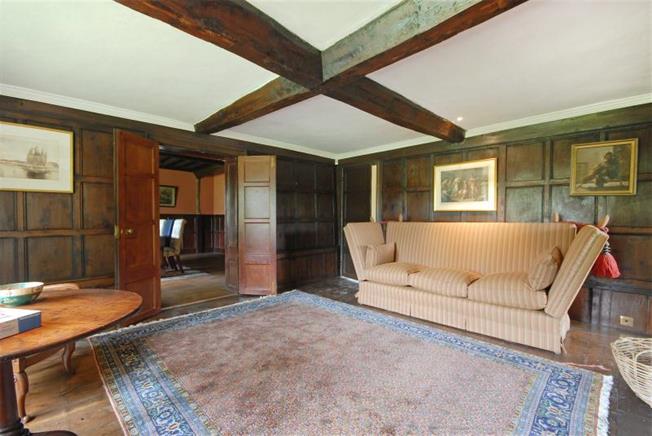 The master bedroom includes a rolltop bath and overlooks delightful gardens with a parterre, a lawn and mature borders. There’s also scope for a self-contained one-bedroom annexe.

For sale via Hamptons – see more pictures and details.

In an idyllic, secluded setting at Lewdown on the northern edge of Dartmoor, The Old Cottage is a traditional stone four-bedroom house with three holiday lets in its 2½ acres of landscaped gardens. The main house is flanked by a one-bedroom converted barn with its own garden. 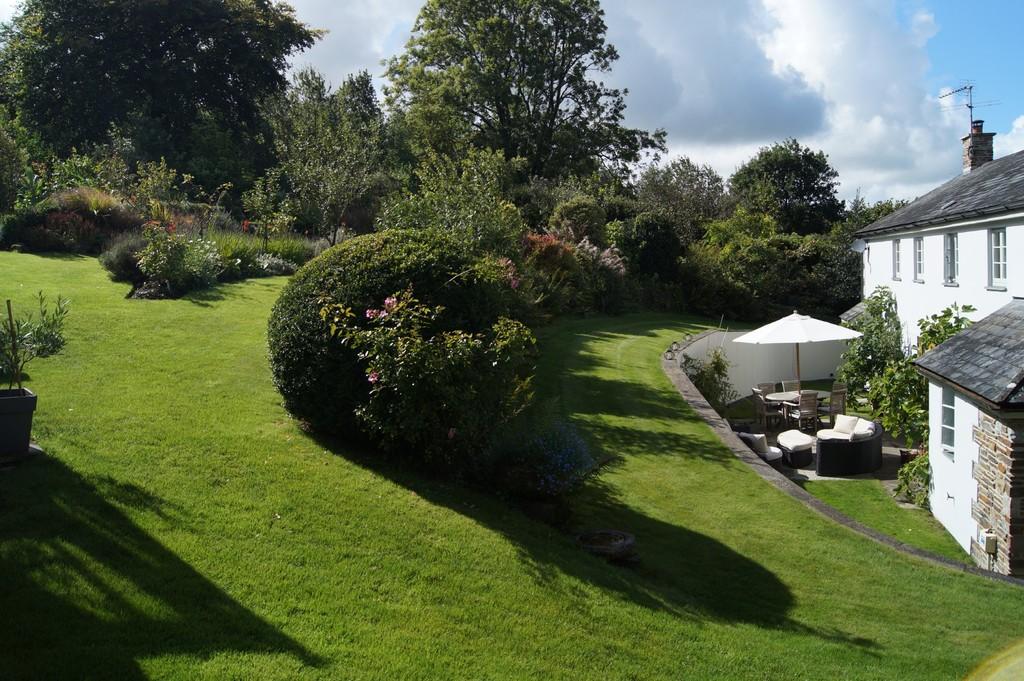 In the paddock, to the front of the house, are two delightful shepherd’s huts, ideal for shorter stays, with their own electric and water supplies. Should the new owners prefer to return the paddock to its original use, there’s also a tack room and stables.

For sale via Mansbridge & Balment – see more pictures and details.