Once an early warning system for a nearby American air base, The Water Tower is now the furthest possible thing that it could be from its previous occupation. Alexandra Fraser investigates.

With the current political climate anything but strong and stable, it may be time to consider whether moving to a secret World War II communications tower is the smart way to avoid the upcoming apocalypse.

Okay – I might be exaggerating the danger just a smidgeon, and the concept of large-scale violence is evidently nothing to joke about.

However, by chance, if this extremely niche turn of events had occurred to you, one such possibility has opened up in High Garrett near Braintree. The old Water Tower has been converted from a derelict prisoner of war camp’s water tower to a rather stunning (if a little, shall we say, quirky?) modern family home. The Water Tower is now on the market through Zoe Napier via OnTheMarket.com at a guide price of £1.2 million. 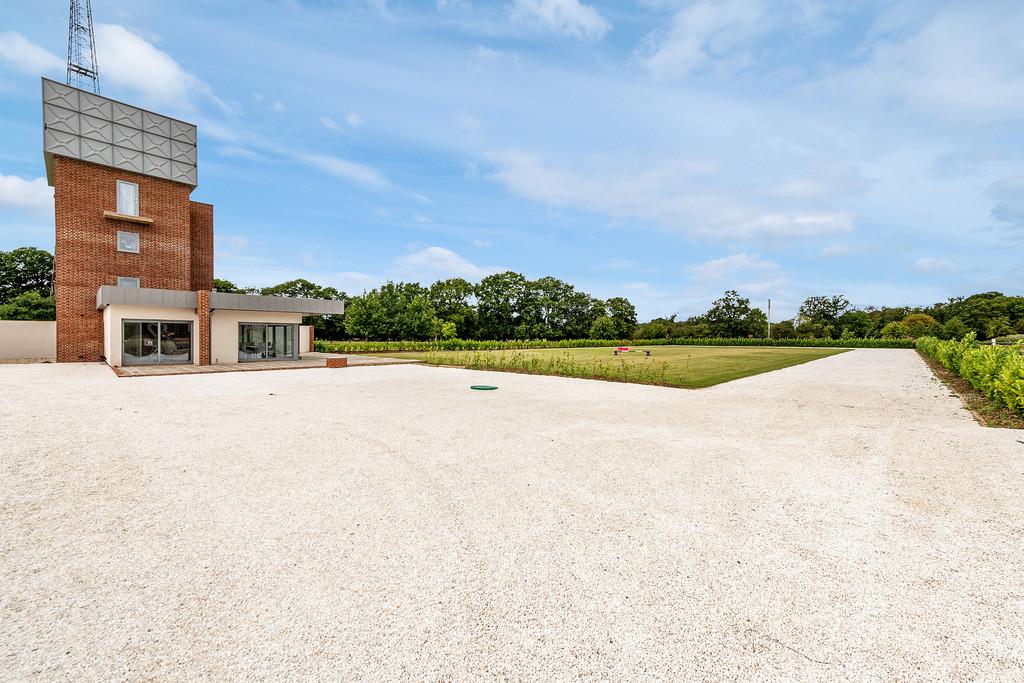 Once known as 78 Working Camp, the Prisoner of War camp (which once held the brick red structure that still survives today) opened in 1928. Thought to have housed around 700 Italian and some German World War II POWs, it was the headquarters for a number of other smaller camps in the area.

Although long a famous landmark in the area, few knew the secret the tower held; it doubled as a communications hub, sending early warning signals of approaching enemy aircraft to the nearby American airbase Wethersfield.

This secret lay hidden in the derelict structure until 2017, when Jon and Vicky Oakley bought the building and its surrounding acre plot of land with the intention of restoring it.

Inside they found four storeys of wires, switchboards and wireless radios. Rusted through from exposure, all of the equipment was still secured to the walls. The discoveries didn’t end there; within the garden they discovered US Air Force cutlery and ink pots, as well as helmets and empty gas mask boxes. 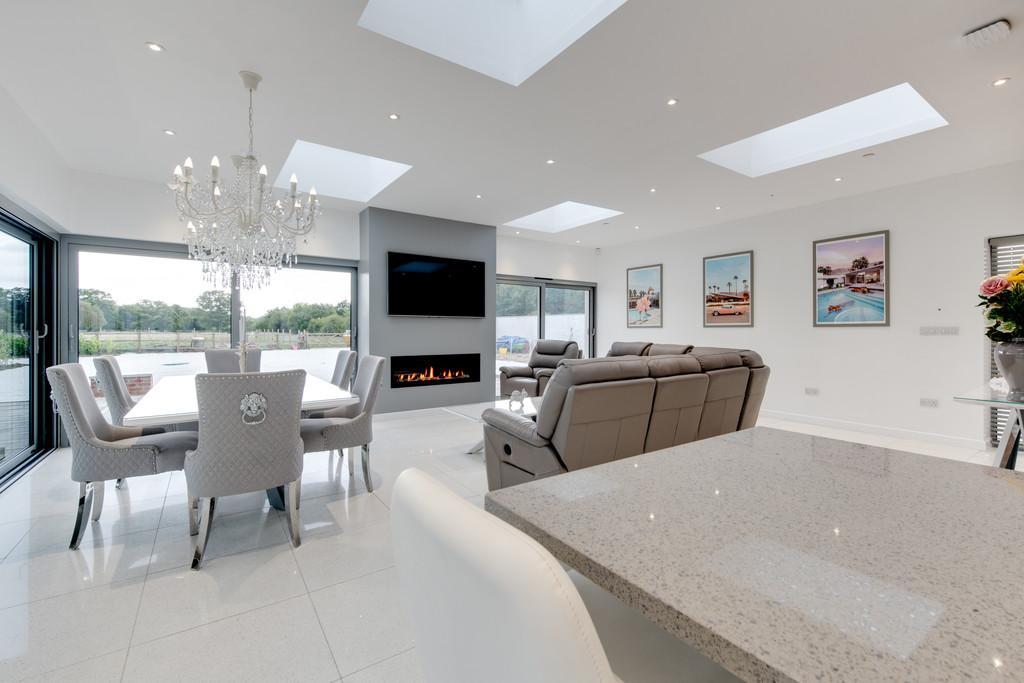 The Water Tower, true to its name, is 50 feet tall and boasts 5 storeys of wonders. John added a top layer to restore the structure to the height it was before the water tower was removed after the war. The metal panels in which the fourth floor is clad were made by Braithwaite in Newport, the very company thought to have built the original water tank in 1938.

The cladding being fit at The Water Tower.

The plot has become a smooth lawn from which the tower sprouts, well-kept and flat in comparison to its iconic tenant. 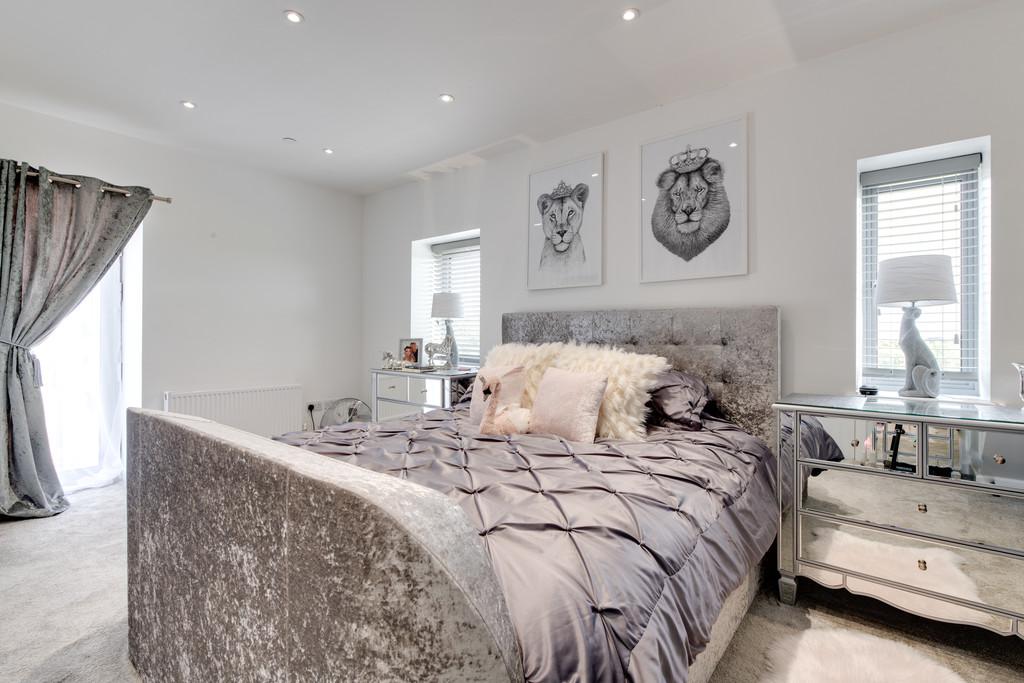 Now fully renovated, The Water Tower is now perhaps as far as you can get from a Second World War POW camp. A vision of soft silvers, chrome and glass, the bottom floor is an open plan kitchen and sitting room, with floor-length windows and a modern fireplace. Moving up the house is bedroom after bedroom, all with their own en-suite bathrooms. 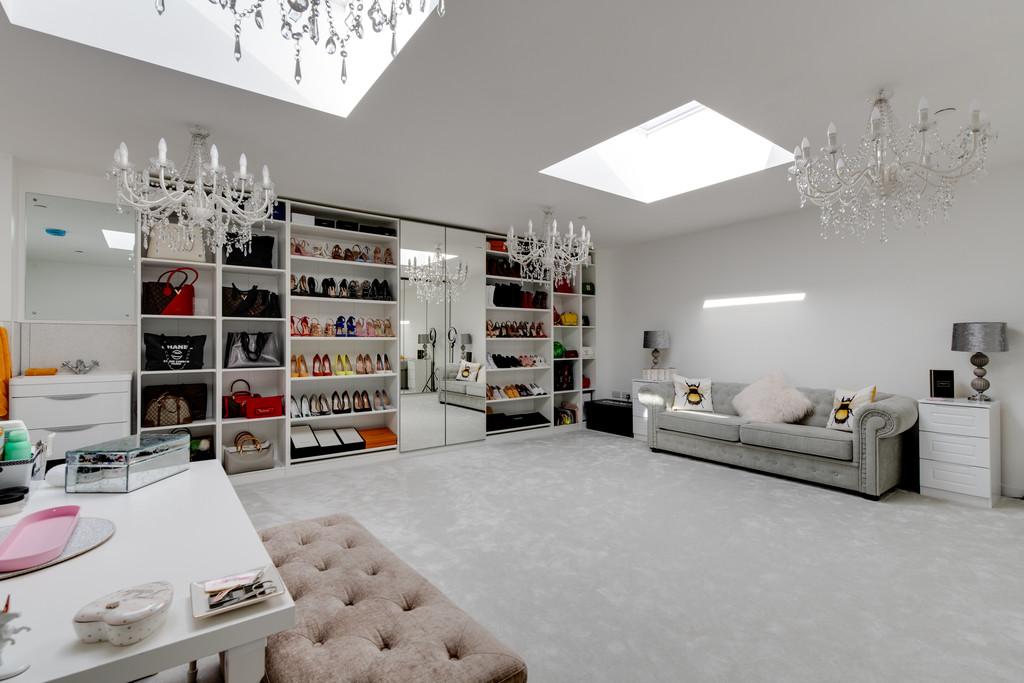 The fourth floor is perhaps the most unique. With the potential to be a bedroom, the clad room, lit from wide roof lights, is currently in use as the largest dressing room you could imagine in a building with 7mX5m proportions.

In actual fact, it stretches across the entire floor and is larger than any of the other bedrooms, with a shoe rack to make Imelda Marcos (or, if your frame of reference is more recent, Elle Woods) jealous. 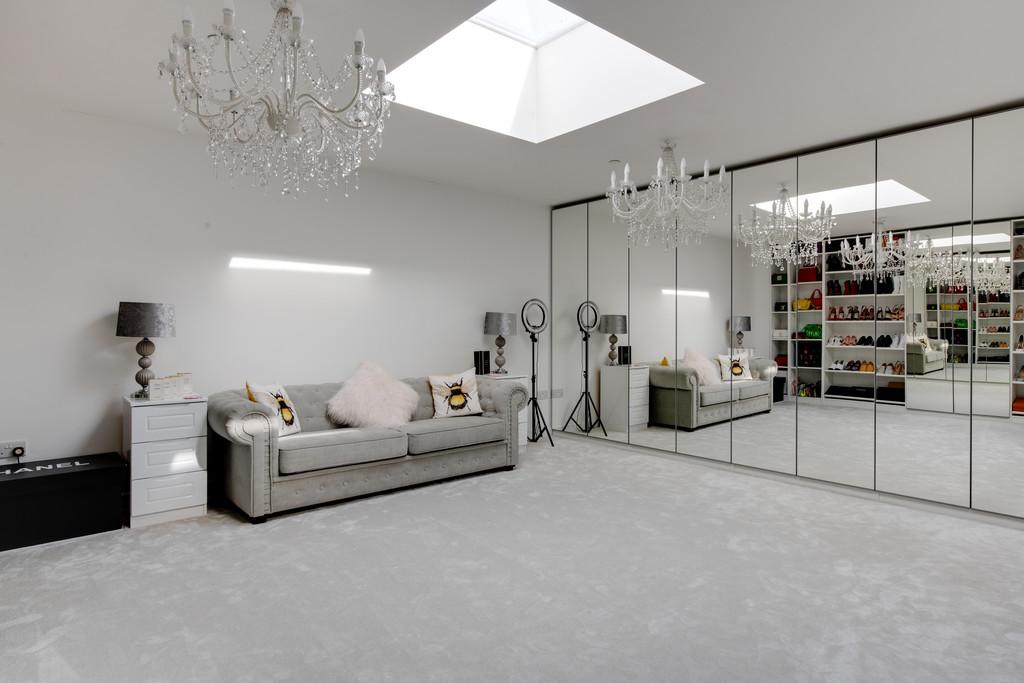 Then again, you may be safer in Switzerland.

The Water Tower is for sale through Zoe Napier via OnTheMarket.com at a guide price of £1.2 million. For more pictures and details, visit countrylife.onthemarket.com