Trending:
The island of Inchmarnock in the Firth of Clyde. Credit: Strutt & Parker

The island of Inchmarnock is an incredibly rare opportunity to own a beautiful island in the Firth of Clyde with hundreds of years of history and a staggeringly beautiful location.

With some properties it’s hard to know where to start. And in the case of Inchmarnock — an island in the Firth of Clyde, just across the water from Rothesay and just 40 miles as the crow flies from Glasgow — you begin to wonder if the word ‘property’ is even adequate. 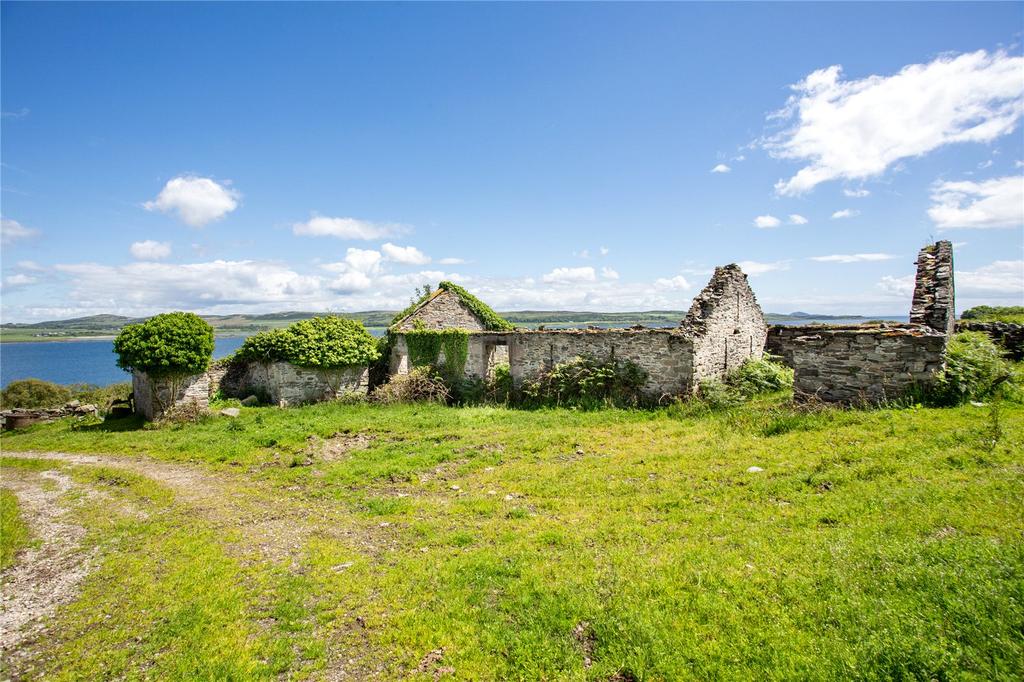 This beautiful island of 660 acres — which is for sale through Strutt & Parker with a £1.4m price tag — has been used by people for thousands of years. It’s been a Bronze Age settlement, a medieval monastery, a burial ground for the Scots who were slain 750 years ago at the Battle of Largs, a 17th century hermit’s retreat, a smugglers’ hideout and a D-Day training ground. 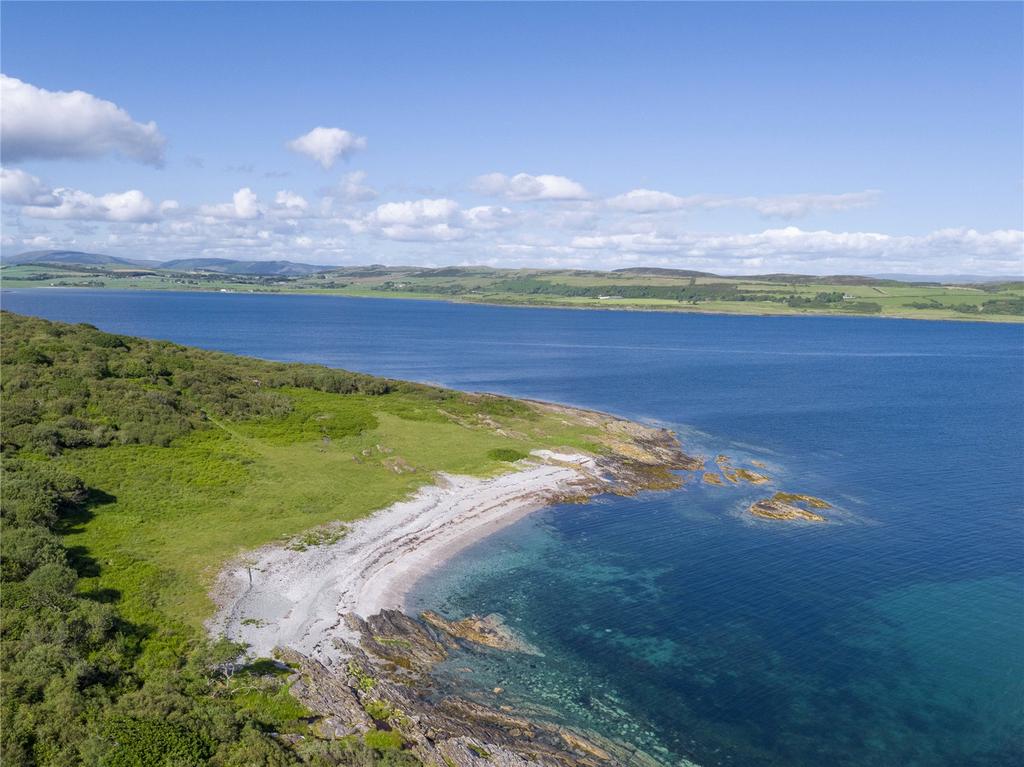 It’s been inhabited, abandoned, repopulated, farmed and very probably used as a centre of learning by early Christians. Before the current owners took it on in 1999, it had been uninhabited for a quarter of a century. 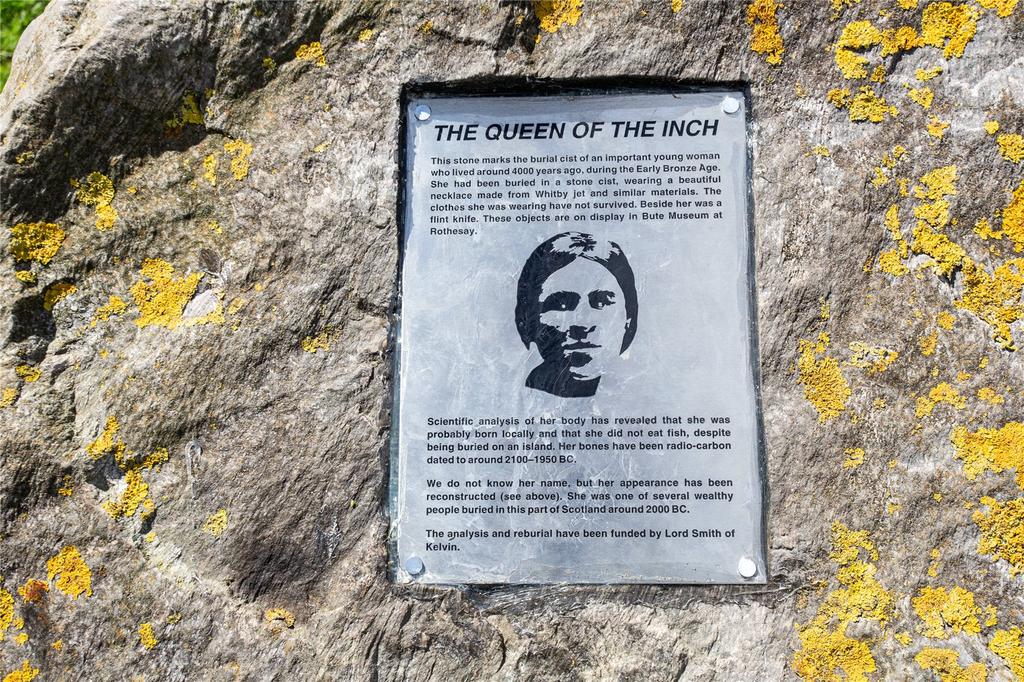 Today, it offers a huge range of possibilities for whoever decides to take the place on. Herds of prime Scottish cattle have been raised here in recent years, and that farming could easily continue — but there are also fabulous sporting and leisure opportunities on an island that has five miles of coastland, woodland and open country. 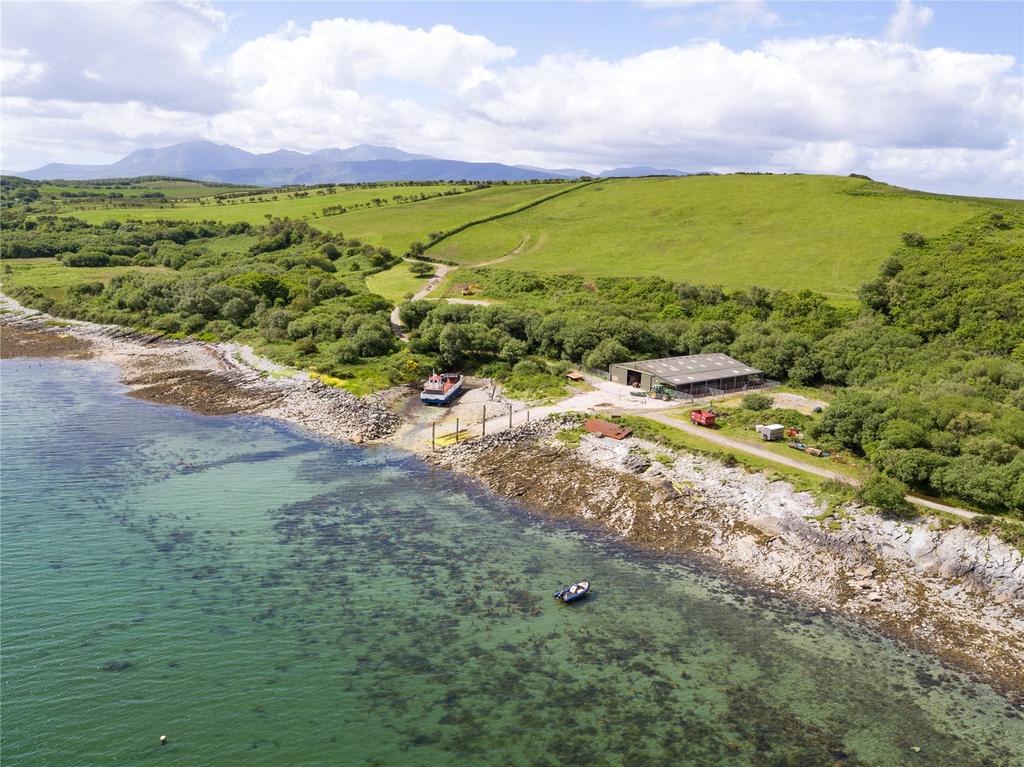 One thing the island doesn’t currently have is a home — but the purchase does include a fine, four-bedroom house across the water at Straad, on the west coast of Bute.

The house, currently used as a holiday home, has its own slipway for The Marnock, a ferry that was specially-built for transporting livestock and machinery to and from Inchmarnock. 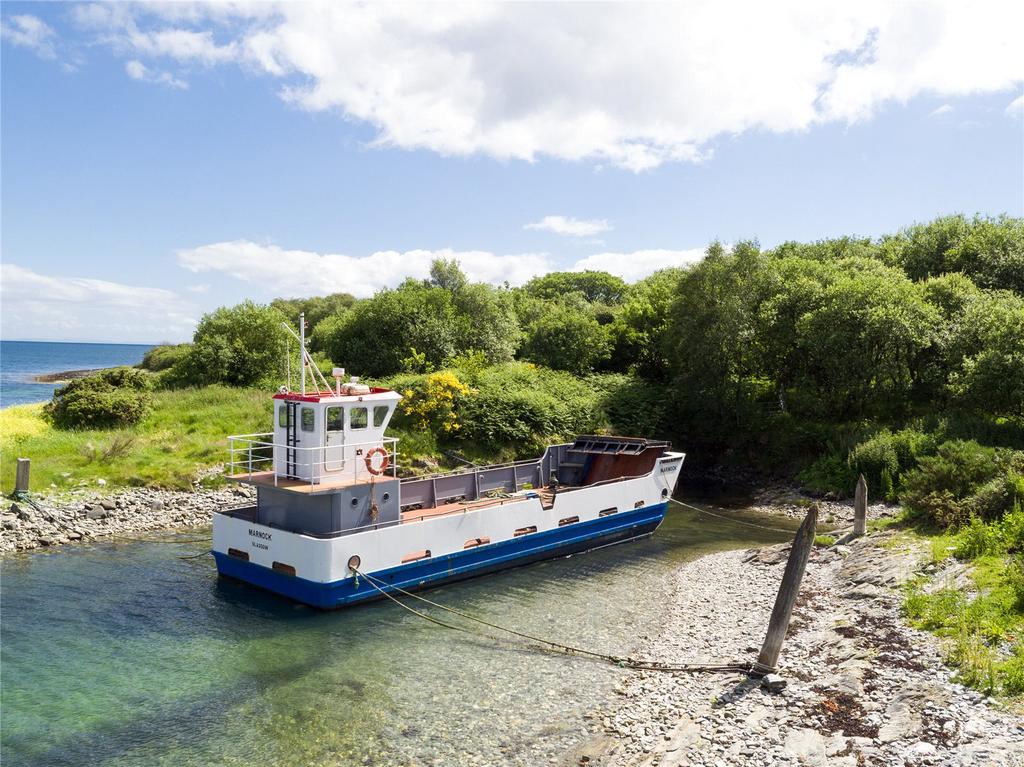 It’s been used as a holiday home by the owners of Inchmarnock for many years and never rented out; the views are utterly charming, looking out across this beautifully-unspoilt landscape of sea, sky and islands. 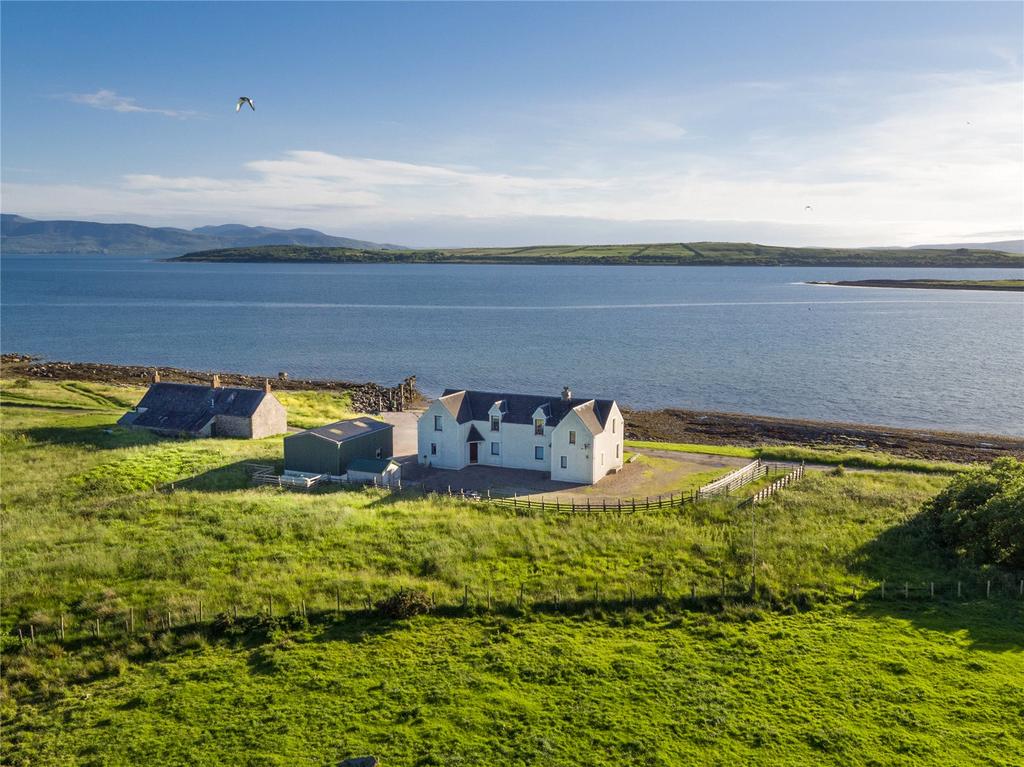 While the island itself has no home at the moment, there are a number of ruined buildings — some ancient, some more modern — which could, subject to the usual approvals and procedures, be turned into habitable accommodation again.

While it’d be wonderful to see the island repopulated, of course, but there are possibilities of all sorts forsuch a prime piece of land — the ruins in particular could become magical holiday homes, for example. It’s hard to imagine a prettier, safer or more secluded place for a family holiday. 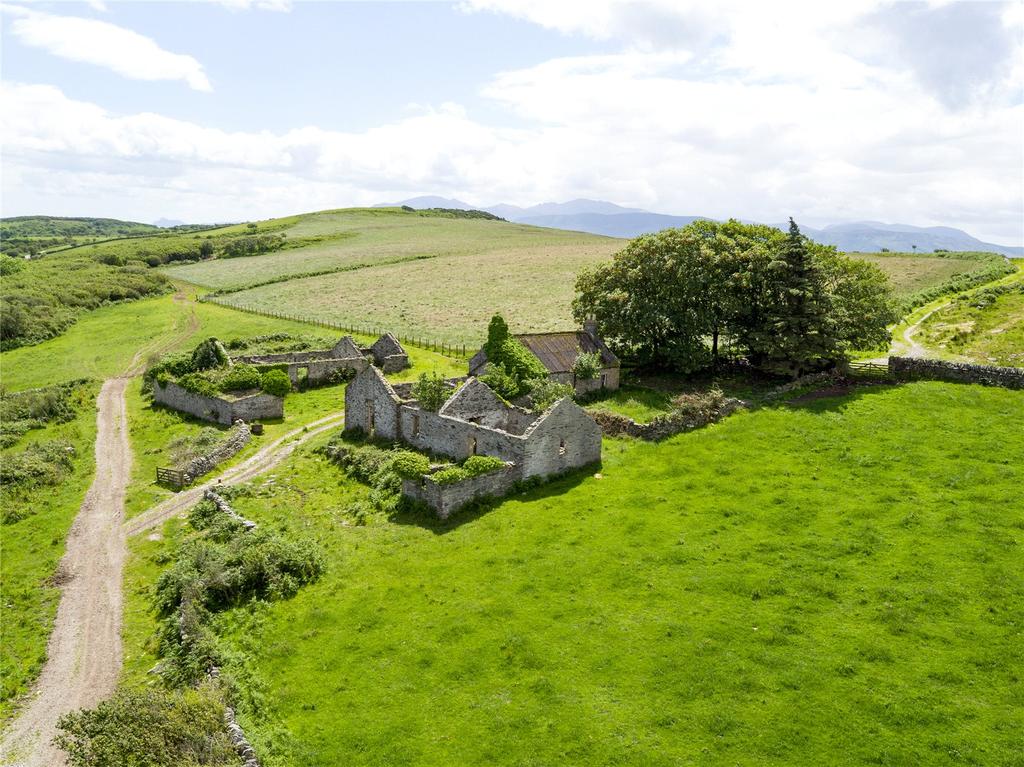 Given that, and given the extraordinarily reasonable-sounding purchase price of £1.4m, it’s no surprise to hear that agents Strutt & Parker expect global interest in the place. 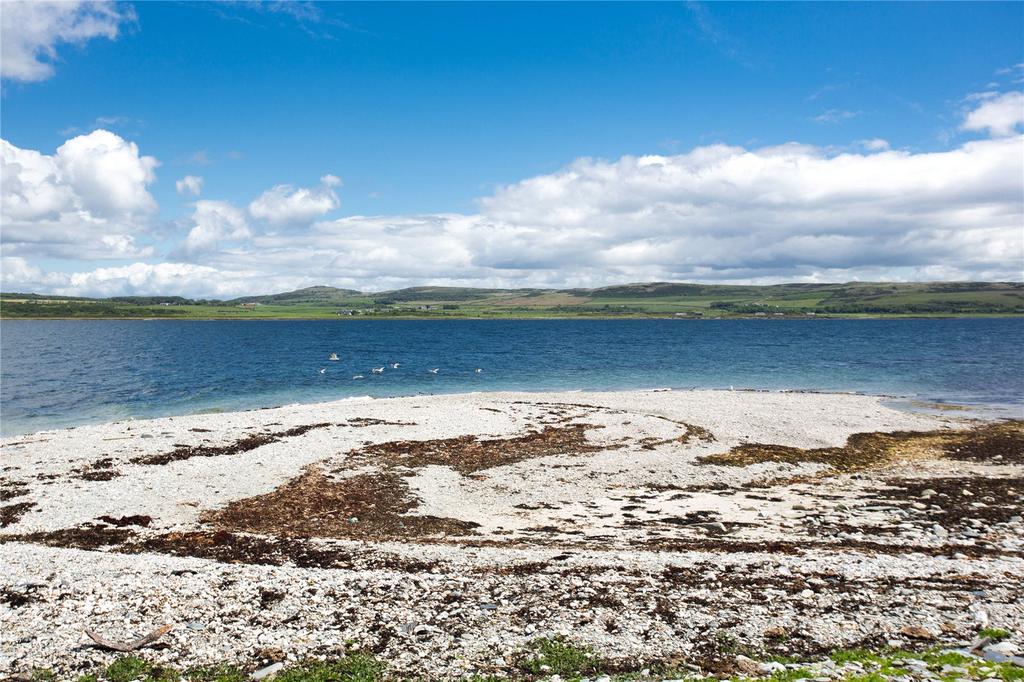 ‘Inchmarnock is a stunning island rich in possibility,’ says Diane Fleming of Strutt & Parker’s Edinburgh office. ‘It’s stunning, with great heritage and is a peaceful and secluded haven, yet it is relatively accessible from Scotland’s central belt. We expect significant interest from national and international buyers.’

Inchmarnock is for sale via Strutt & Parker at £1.4m — see more details and pictures.

This spectacularly-located estate on the banks of Loch Ness offers grand accommodation, miles of land and a castellated tower with

The gardens at Lowther Castle, Penrith, Cumbria, rise artfully from the ruins of their spectacular setting — yet the effort