Could this historic house galvanise the market into action? Penny Churchill reports.

The recent launch onto the market of several of the UK’s most inspiring country houses and estates has sent a rare thrill of excitement through the ranks of estate agents and buyers alike.

Setting the pace, at a guide price of ‘excess £12 million’ through Knight Frank’s country department, is glorious, Grade I-listed Dewlish House at Dewlish, near Milborne St Andrew, one of Dorset’s most beautiful country houses. It’s being sold – together with its surrounding 296-acre estate – for the first time in 57 years and only the second time since it was built. 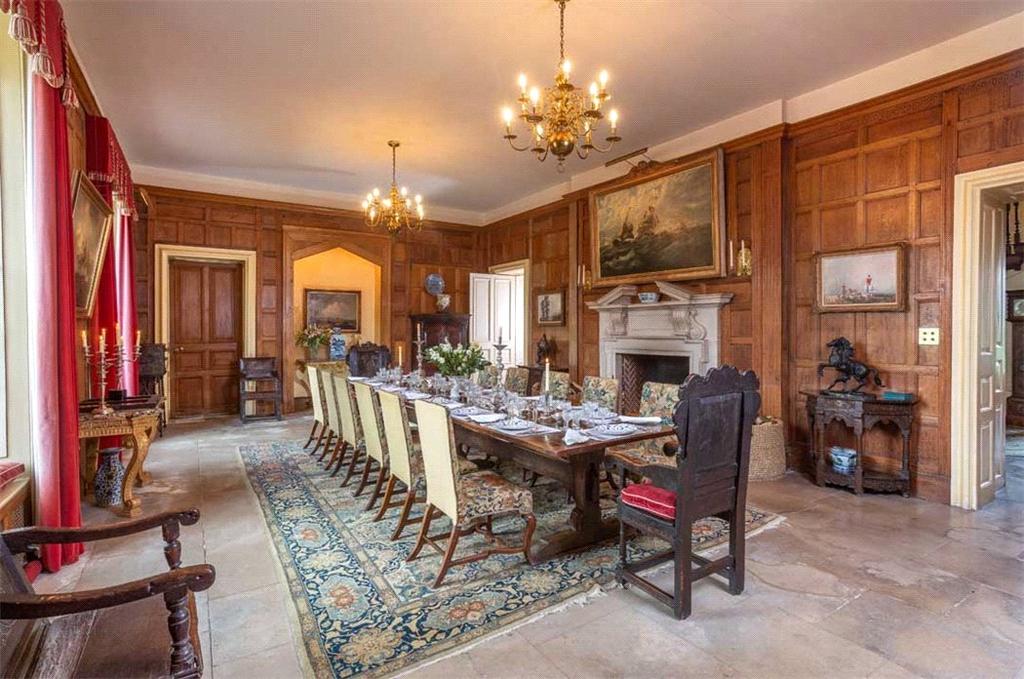 The picturesque hamlet of Dewlish is scattered over the western slopes of the valley of the Devil’s Brook in the heart of Dorset’s Hardy Country, 2½ miles from Milborne St Andrew and eight miles from the county town of Dorchester. According to the Rev Hutchins’s seminal history of Dorset, it was here, on the site of a large Roman villa, that Thomas Skinner built Dewlish House in the Queen Anne/Georgian style in about 1702. 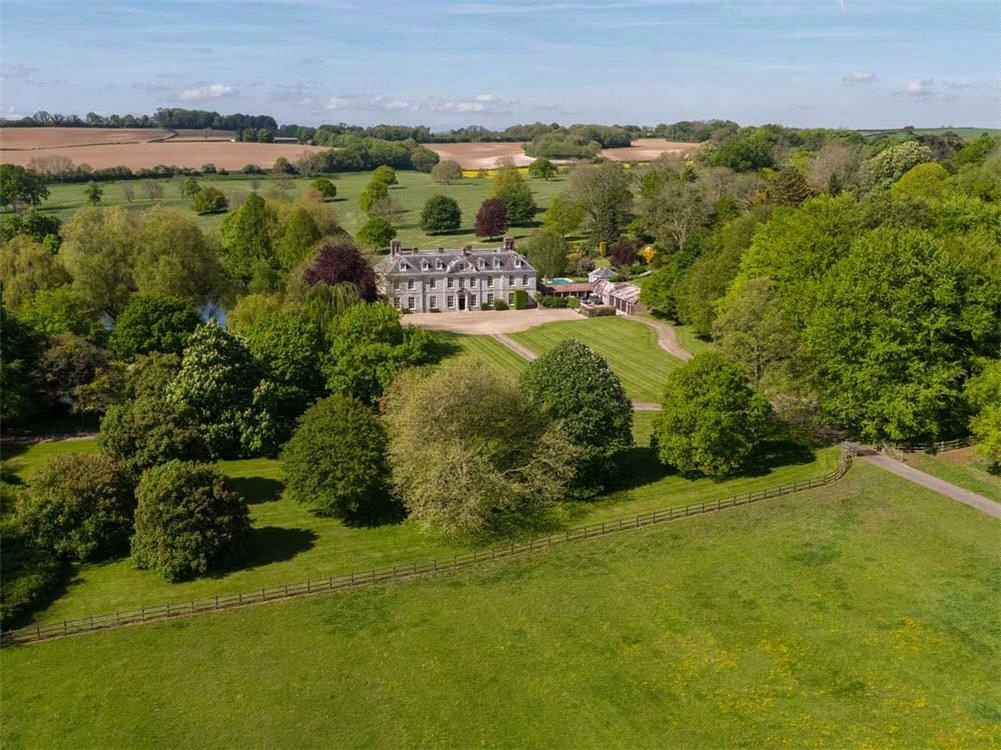 The design blends the characteristics of both periods in its main front of Purbeck stone, its south-east end wall of Ham Hill ashlar and its south-west front of brick. The north-west end wall is more modern, having been added since the removal of an 18th- and 19th-century service wing some time in the 20th century.

Skinner died in 1756 and was buried in nearby Winterborne Stickland church, rather than Dewlish’s parish church of All Saints, as he would have preferred. Local legend has it that his ghost has often been seen in Stickland church, where he knocks books off the altar and generally makes his disgruntled presence felt. 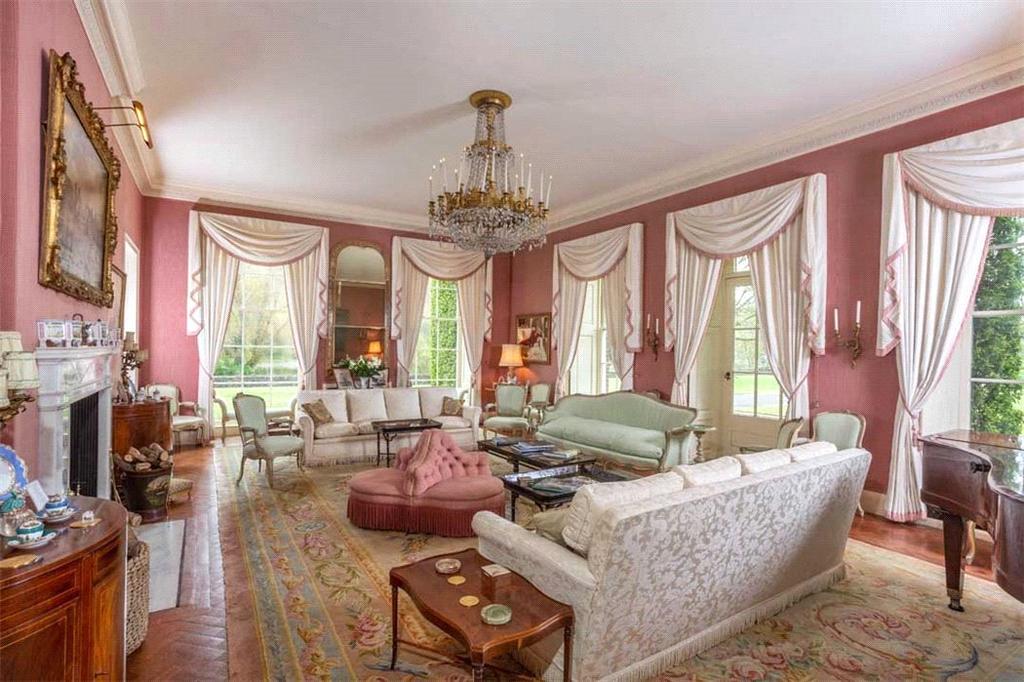 The 19th century was the belle époque of the Michel family at Dewlish House.

In The King’s England, Arthur Mee traces the story of several generations of Michels and their descendants: ‘Where the Roman built his house now stands the fine house of the Michels… It stands in the park and has been the home of a line of heroes for two or three generations. 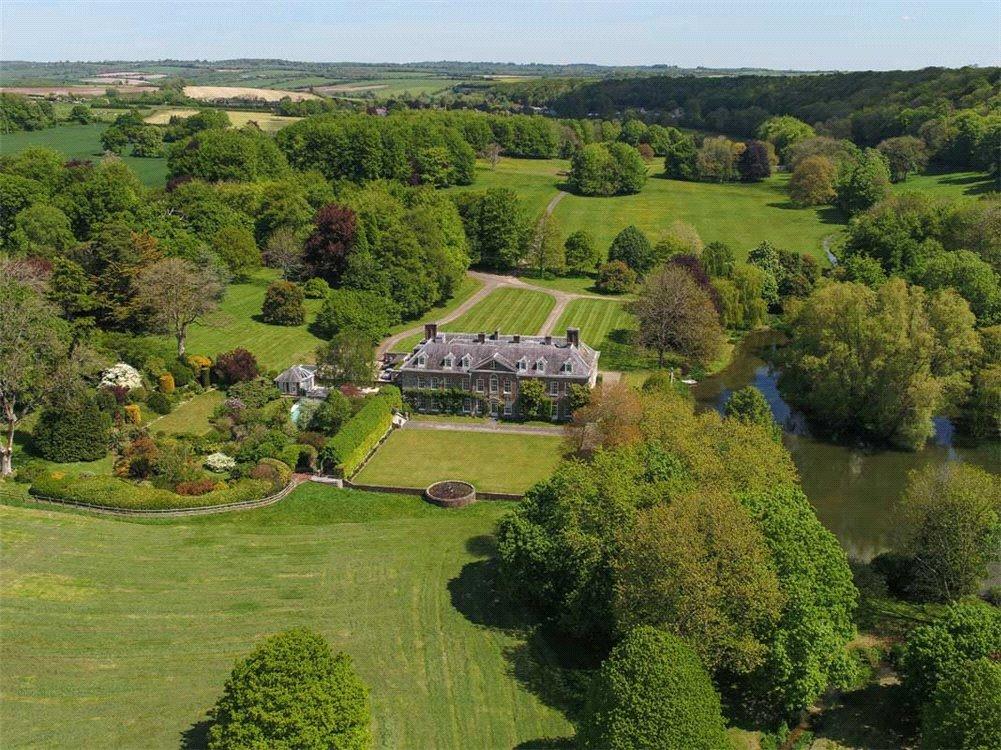 ‘Sir John Michel, who was born at Dewlish House in September, 1801 and died there in May, 1886, spent his long life in the army… He served in the Kaffir Wars, was shipwrecked on his way to China after the Crimean War, fought and defeated the mutineers in Bombay, took part in the occupation of Pekin, and became a Field-Marshal.

‘His daughter married Gen Frankfort de Montmorency, who had fought at Sebastopol and had almost won the VC. He was recommended for it but did not receive it. His son Raymond, who died fighting in South Africa, and was known as “the captain who knew no fear”, did receive it.’ 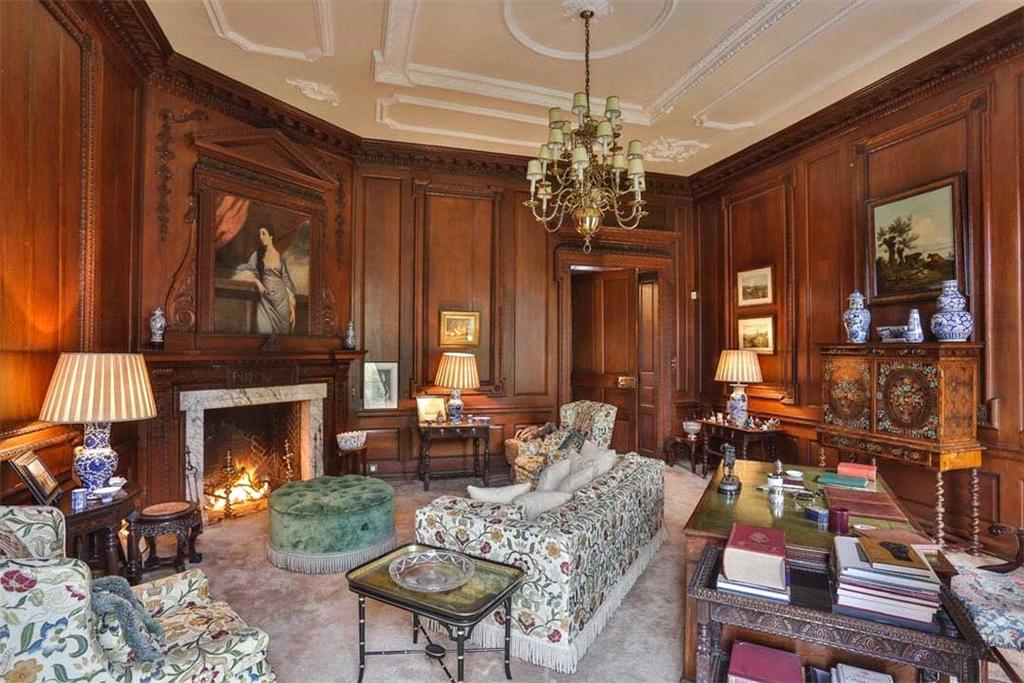 Mee adds: ‘They are all remembered in the little church, to which we come by an avenue of yews… we enter through a Norman arch resting on the heads of a king and queen.’

Dewlish remained in Montmorency hands until the early 1960s, by which time the house was in a pitiable state of repair and scheduled for demolition. It had previously been successfully leased to a series of titled owners in the early 1900s, before being commandeered as a base for the first wave of American Marines to arrive in the village in preparation for the D-Day landings. 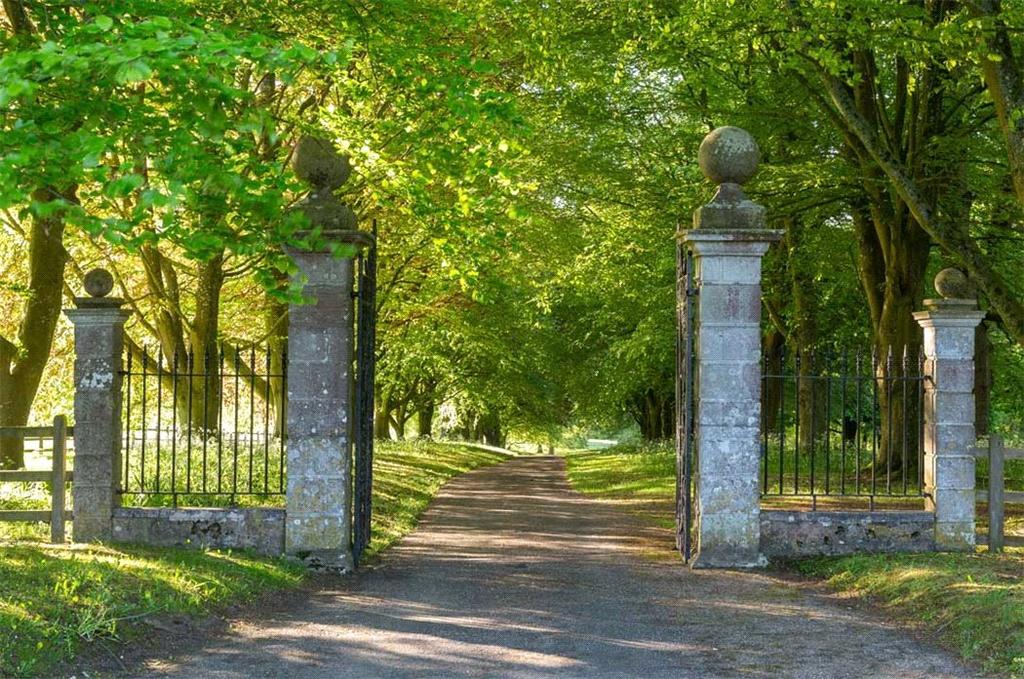 It was a very different house that emerged after the war, when a series of modest Country Life advertisements offered Dewlish House ‘to let for a term of years at a moderate rent, with immediate possession, containing every accommodation suited to a gentleman’s family or for a private or small preparatory school’.

With no takers for the lease, the house was eventually bought, in 1962, by the late Anthony Boyden, a successful financier, keen yachtsman, and popular joint-master of the South Dorset hunt. It is now being sold on behalf of the family, at £12m for the whole, or ‘excess £9.25m’, for Dewlish House with stabling, six cottages, outbuildings and 134 acres of gardens, grounds, pasture and park-land, much of it planted by the current owners. 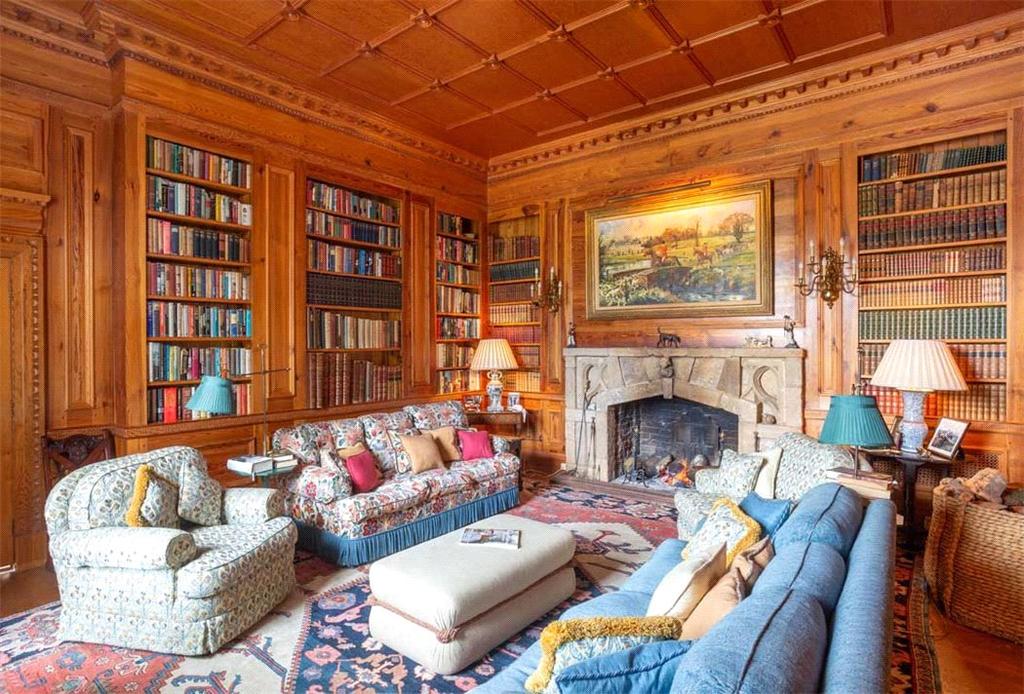 Throughout their tenure, the Boydens have restored, improved and lovingly maintained the 12,800sq ft house, which provides gracious accommodation on three floors, including an entrance hall/dining room, five reception rooms, an impressive staircase hall and five first-floor bedroom suites, with five further bedrooms and two bathrooms on the second floor.

The formal gardens, designed by Geoffrey Jellicoe, are particularly beautiful and, to the south of the house, a lake fed by the Devil’s Brook provides a spectacular backdrop for the imposing stone building and a quiet haven for all manner of wildlife. 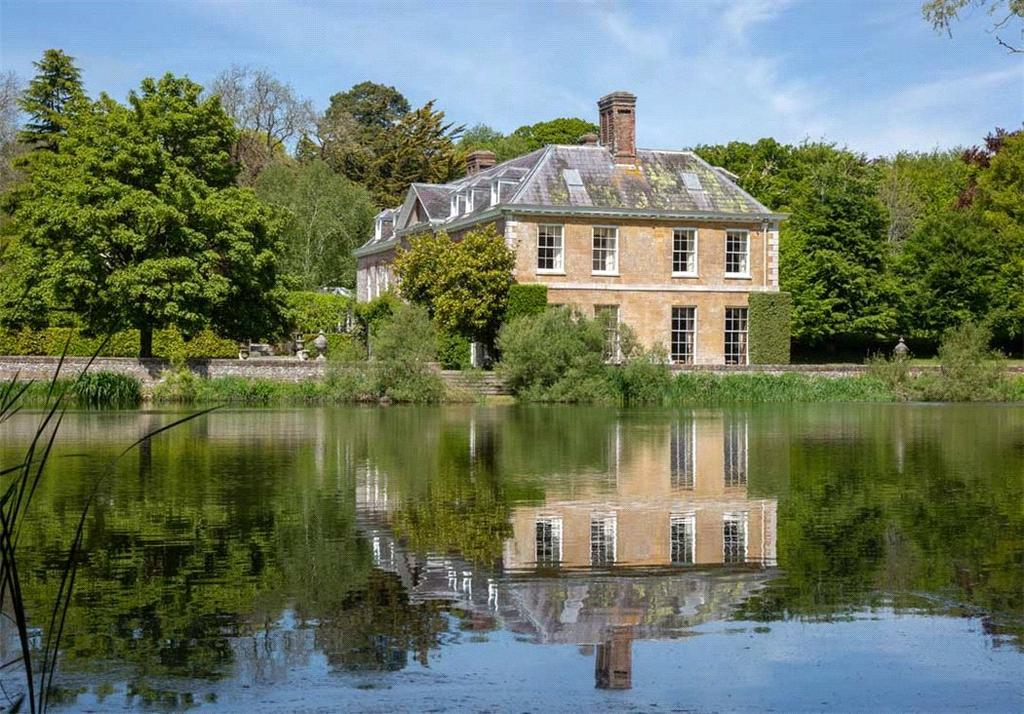 Dewlish House is on the market through Knight Frank for offers over £12 million. Click here for more information and details.

Blackdown House Farm at Briantspuddle was part of the once-great Bladon estate.

Non Morris is enchanted by the garden buildings, attention to detail and abundant planting in a recently made Wiltshire garden.