Today, we snatch a sneak preview of one of Shropshire’s most cherished country houses, the historic, Grade II*-listed Oakley Hall at Mucklestone, near Market Drayton, which is on the market at a guide price of £3.5 million through Savills in Telford.

For sale for the first time since 1982, the elegant Queen Anne/Georgian house stands in some 95 acres of magnificent gardens, grounds and wooded parkland, its centrepiece a 3½-acre lake, which was dredged and restored by its dedicated owners to commemorate the millennium in 2000. 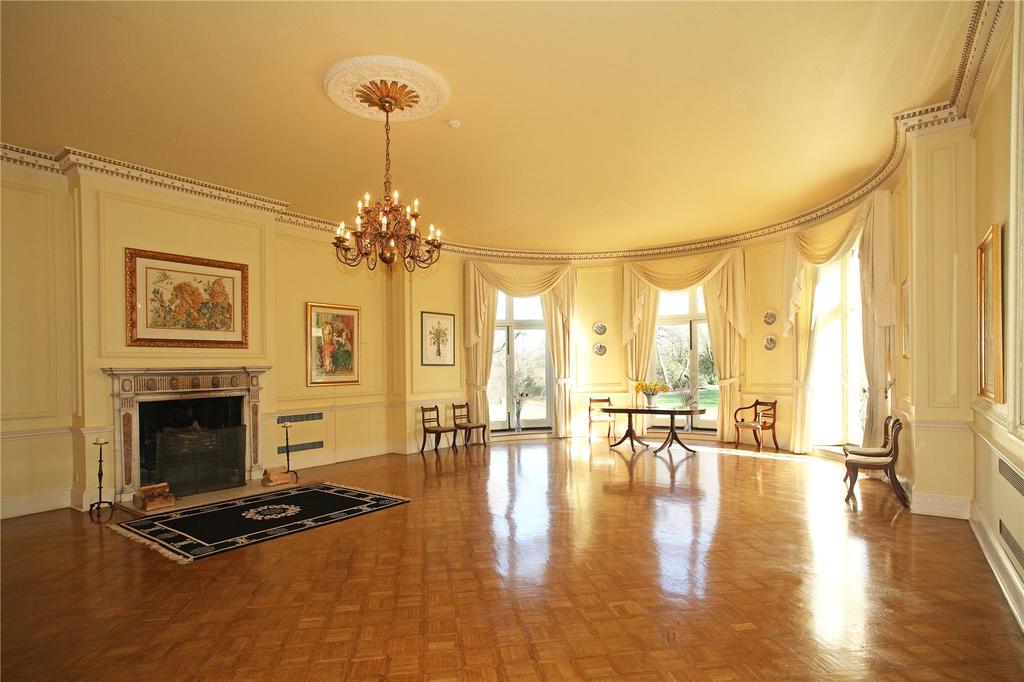 The manor of Oakley was held from about the 13th century by the Chetwode family, whose seat was the Chetwode Manor estate in Buckinghamshire, and a substantial manor house existed at Oakley from the 16th century. 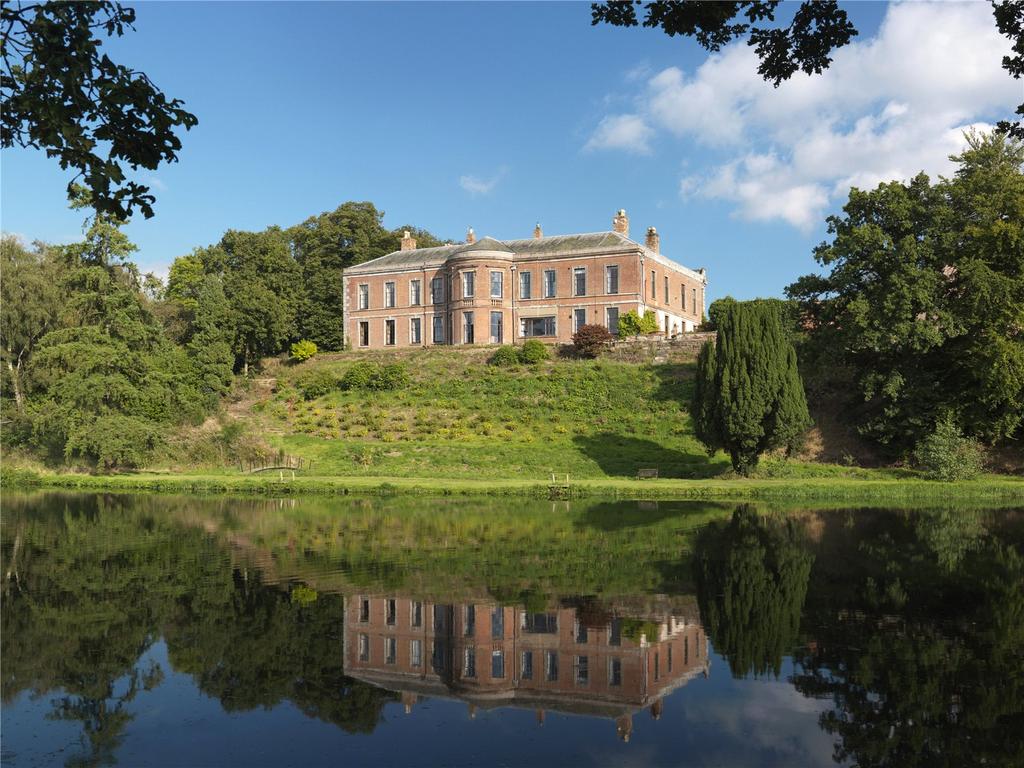 The baronetcy of Oakley in the county of Staffordshire was created in April 1700 for Sir John Chetwode of Oakley Hall, which was then surrounded by a 300-acre park straddling the border of Staffordshire and Shropshire. The present estate continues to do so, thanks to a toehold created by the River Tern, which runs next to the lake and forms the county boundary. 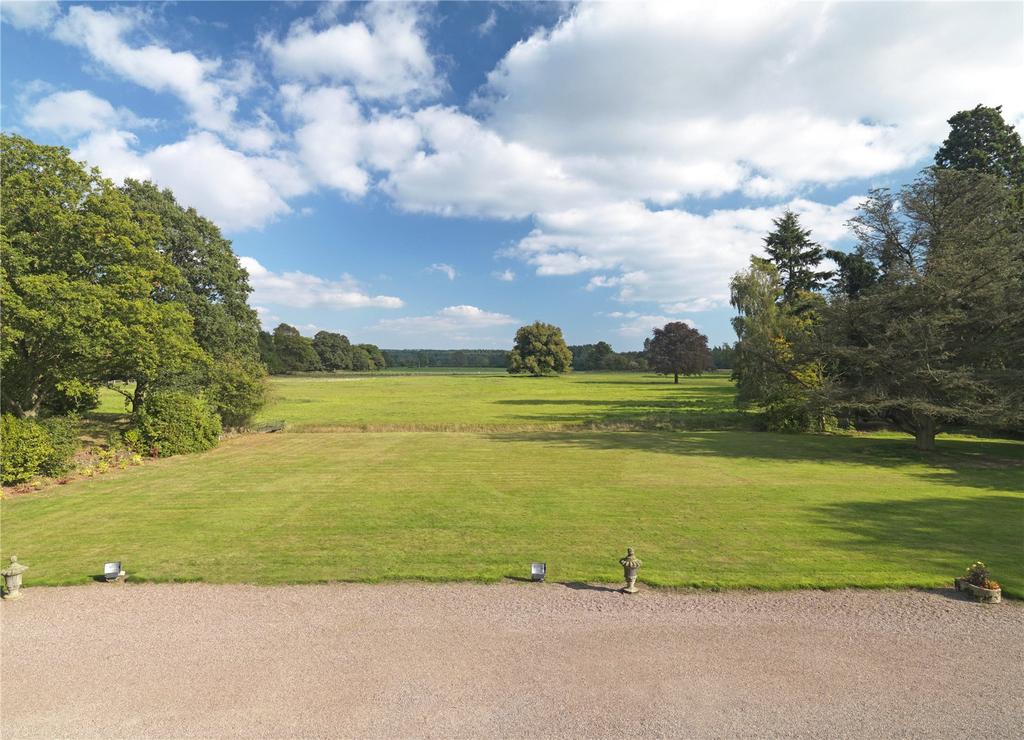 Clearly a man of substance, Sir John was High Sheriff of Staffordshire in 1691 and again in 1698. In the early 1700s, he celebrated his baronetcy by replacing the old manor house with a grand, two-storey mansion built of brick on a sandstone plinth, with an imposing east entrance front of 11 bays, the central three pedimented, with two sphinx-like figures with female heads flanking the front door. 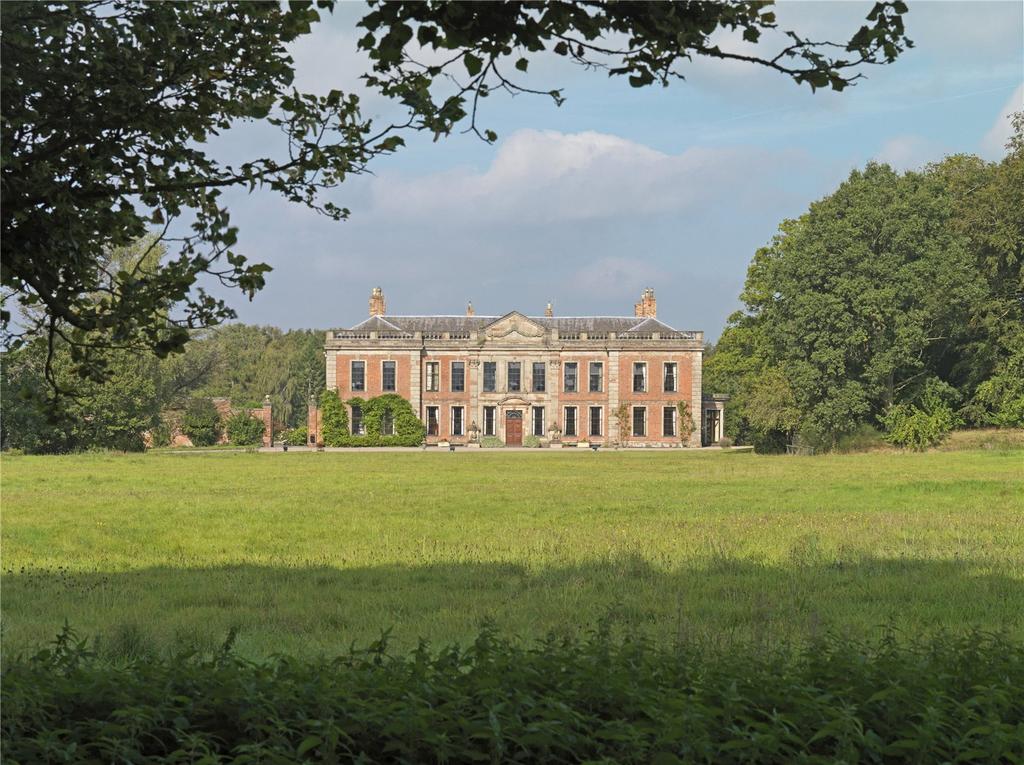 According to its Historic England listing, the north front overlooking the lake has an early-19th-century bow window, with a date stone of 1710 indicating the year of the mansion’s construction; the plain south front, which overlooks the parkland, previously had a four-bay verandah, which was rebuilt as a conservatory in the late 20th century. 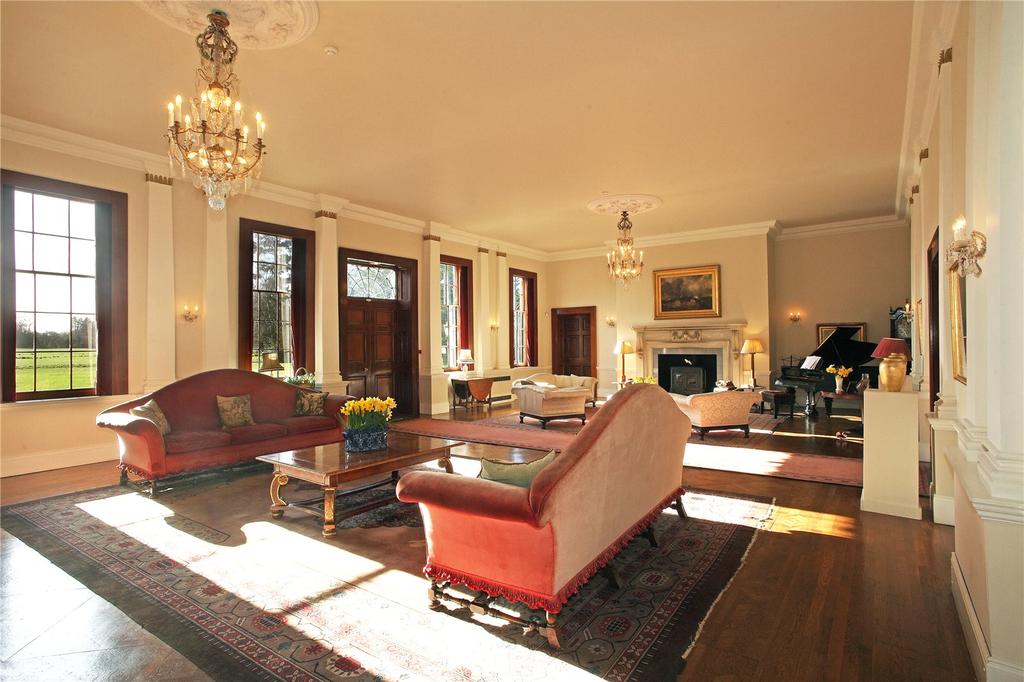 Subsequent Chetwode baronets improved the estate in various ways, notably in the late 18th century, when the walled garden, the large model farm complex and the stable block were added. The 1881 census records Sir George Chetwode, the 6th Baronet, as living with his family at Oakley Hall with 15 servants.

Sir George died in 1905 and, in 1919, the Chetwodes sold the estate, by then home to Charles Dennis, who became High Sheriff of Staffordshire in 1949 and retired that year to nearby Park House, where he died in 1964. 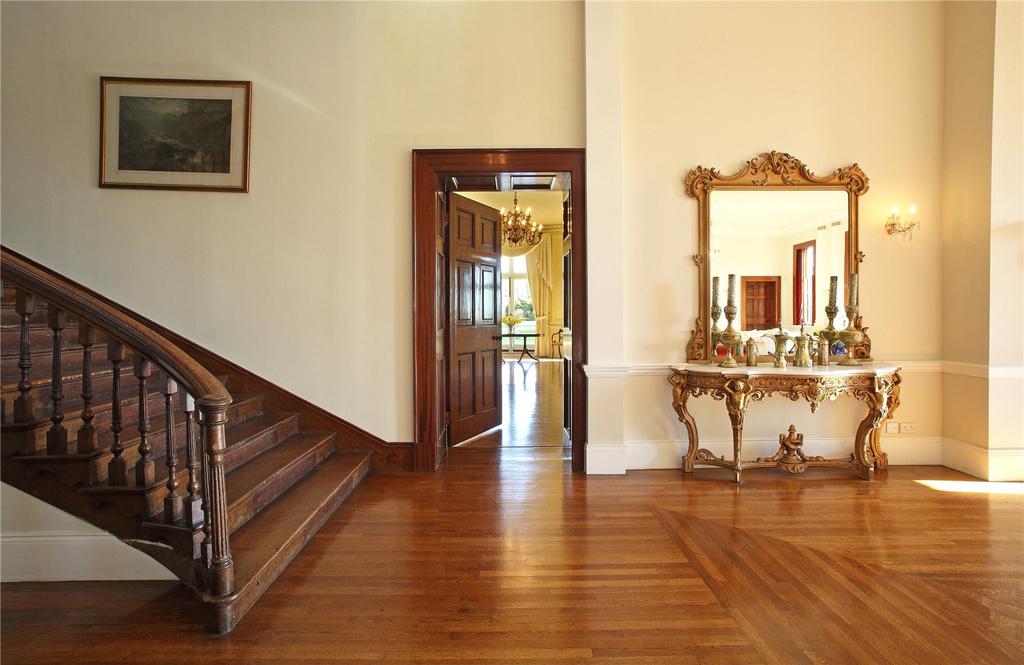 In the 1970s, Oakley Hall was owned by the Crosthwaite shipping family, who, the listing suggests, ‘considerably altered’ the interior, an area further adapted for family living by the current owners, who, during their 36-year tenure, have sought to maximise estate income by progressive development of the land and buildings. 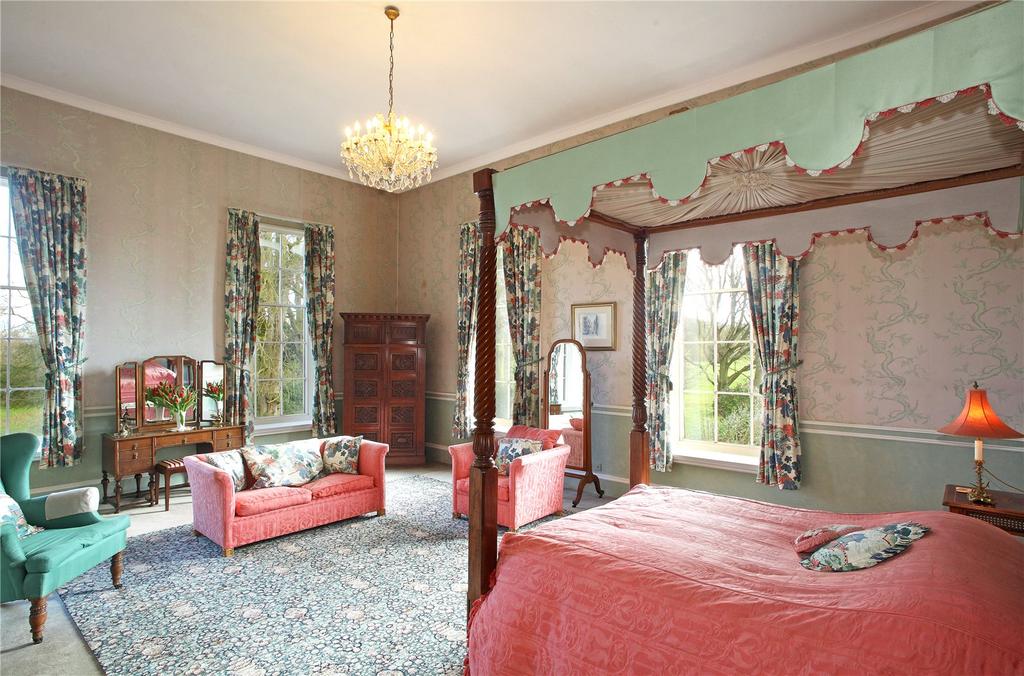 Although the impressive Georgian stable block has been mainly let on a commercial basis, the remaining four stables could be reconverted to equestrian use to make the most of the wonderful riding available both on the estate and in the surrounding area.

Trout fishing and boating on the lake are pleasant ways to while away the hours and the use of the hall as a spectacular venue for up to 12 weddings a year is another useful source of income. 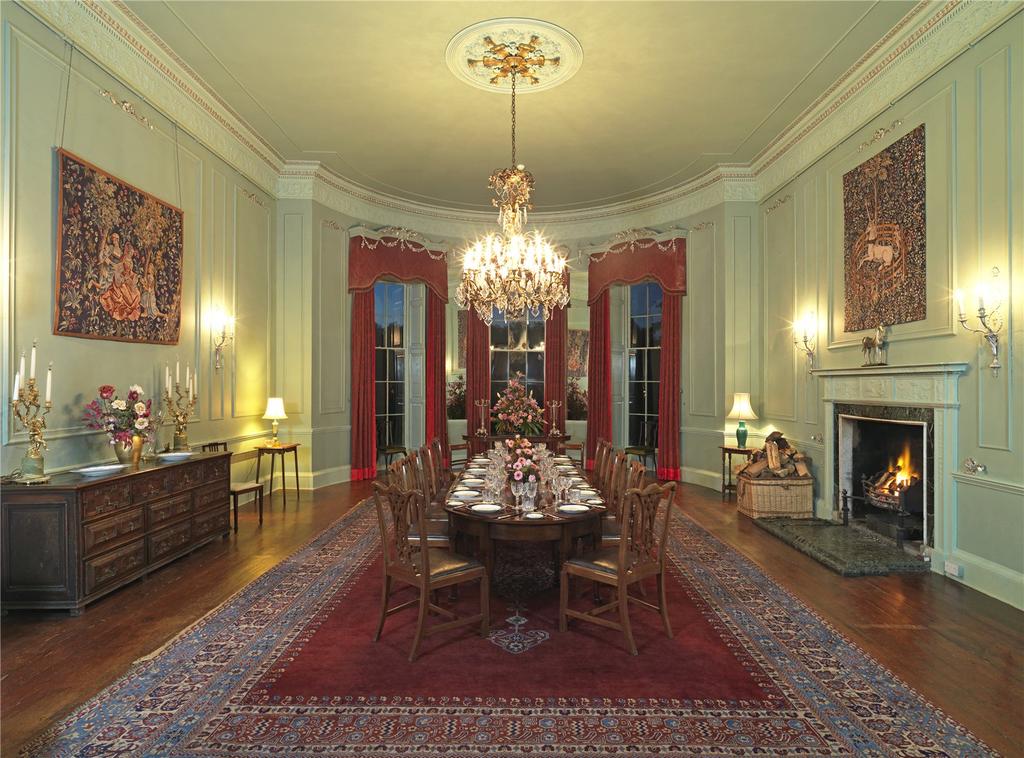 A long tree-lined drive sweeps from the entrance lodge around to the front door, which, in turn, leads into the Great Hall, off which flow the main reception rooms, notably the formal ballroom and dining room and the more relaxed library and morning room.

The original early-Georgian staircase leads to the first floor and the charming principal bedroom suite with its elegant bow window overlooking the terrace and lake. 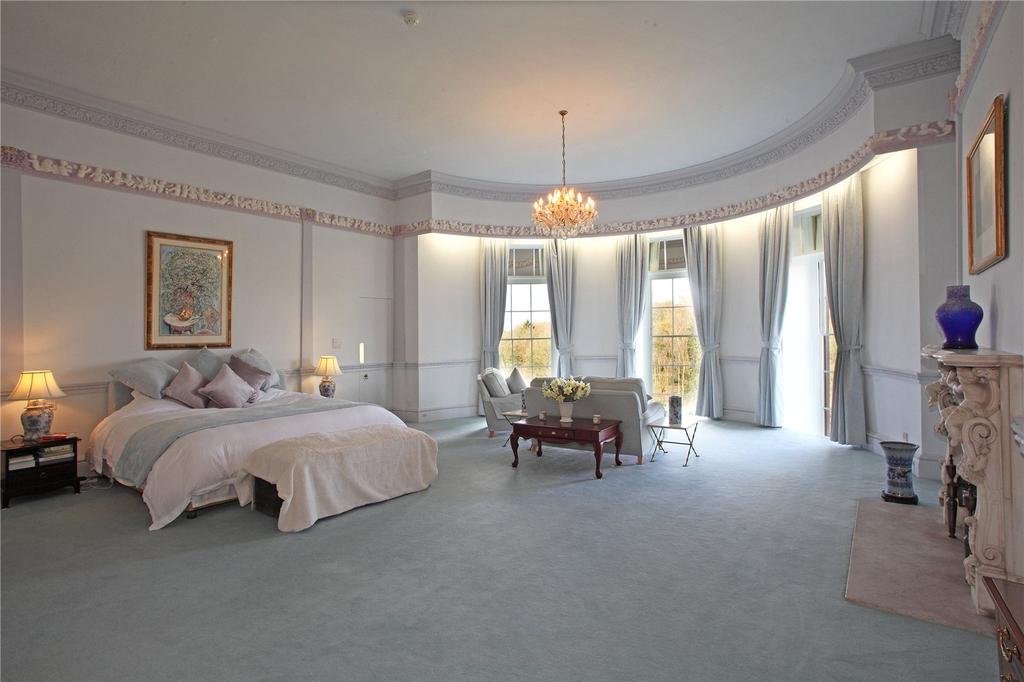 A private courtyard at the side of the house leads to the early-19th-century Brew House, listed Grade II, which also overlooks the lake and has been let commercially until recently, but could be converted to residential use, subject to planning consent. 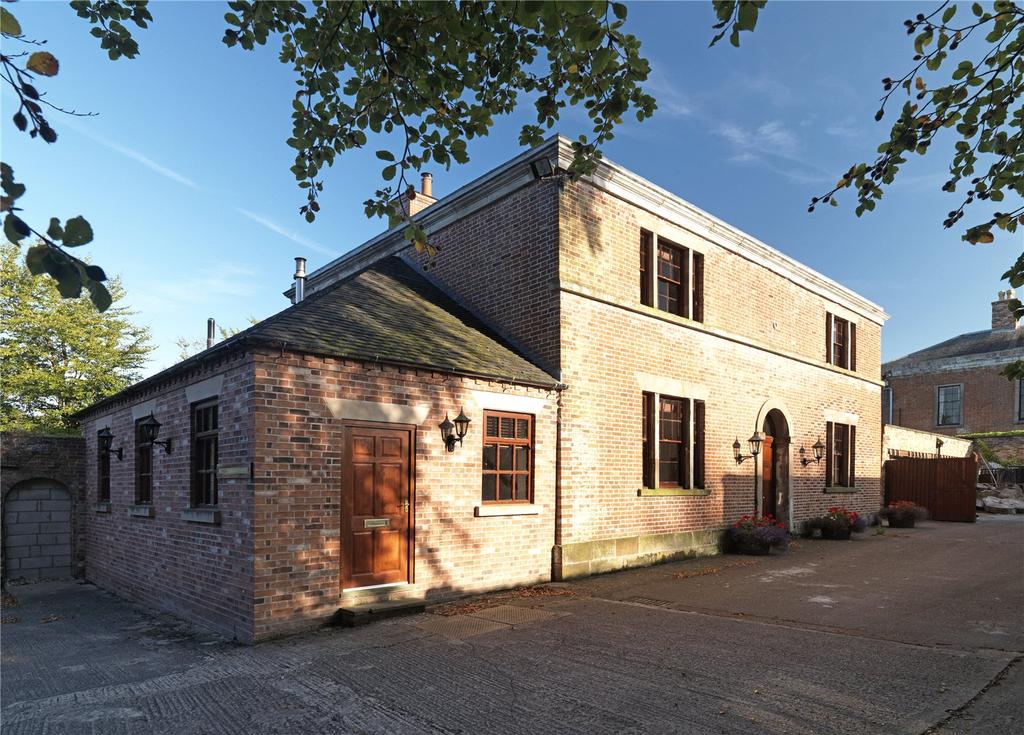 The beautifully maintained farmland and park, which are farmed in hand and include some 22 acres of woodland with magnificent trees, provide an ageless sense of peace and continuity in a wonderfully unspoilt corner of the countryside, yet are only an hour and 20 minutes by train from Stafford, 19 miles away, to London Euston. 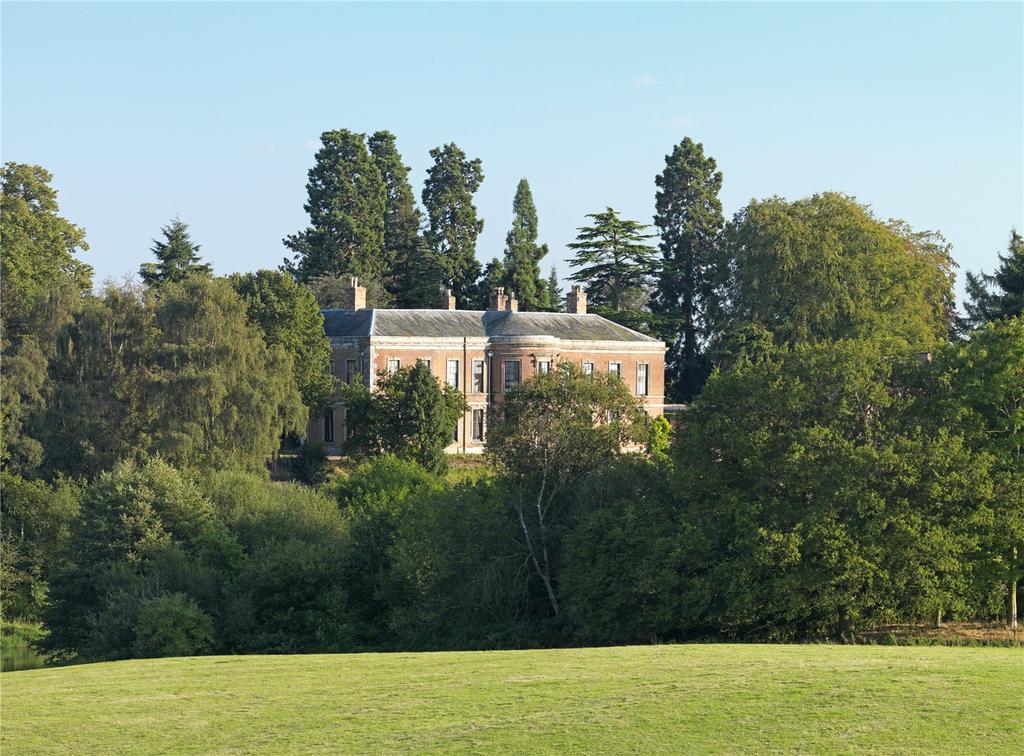 The condition of Oakley Hall and its buildings testify to the care and attention lavished by successive owners on this lovely, but not over-large house, over more than three centuries.

Oakley Hall is on the market with Savills at a guide price of £3.5 million – see more details and pictures.

Recently renovated The Manor at Lillingstone Lovell is set in 120 acres and offers extensive equestrian facilities.

This week's collection of places is absolutely extraordinary – and includes a Surrey home that is nothing short of spectacular.