Trending:
The idyllic image of cottages covered in flowering wisteria on a Cotswold stone wall. These homes are in the village of Broadway, but there are all sorts of other options for those looking to move to the Cotswolds. Credit: Robert Harding / Alamy

The Cotswolds stretches across a huge swathe of central England, and different parts of it offer different benefits – particularly between north and south, which have very different topography, architecture and access to London.
So where should you move to? The answer will depend on what is more important to you and your family, as our handy guide explains.

In these days of flexible working, country-house buyers are more motivated by finding the right house, rather than being locked into a specific location.

However, one area where the old adage of ‘location, location, location’ still holds firm is the Cotswolds. In this respect, according to Lindsay Cuthill of Savills, the area is out of step with the rest of the country.

‘The currency of the Cotswolds is much stronger than any other identifiable area,’ he believes.

‘The whole region can be split into key marketplaces, depending on the type of buyer.’

With big-draw destinations and improving access to London, a significant value gap is opening up within the north and south Cotswolds, forcing buyers to choose one over the other. Arabella Youens examines the merits of both.

The A40, which runs through the Cotswolds AONB, from Witney at its eastern edge to Cheltenham to the west, marks something of a dividing point between values of north and south. Research carried out for Country Life by Knight Frank reveals that the average price of the top 10% of sales in 2017 was £936,690 south of the A40, rising to £1.112 million to the north.

‘The north Cotswolds is that much closer to London and that access will always make the area a bit more expensive.’

However, it is at the very top end of the market that the difference is most marked. A seven-bedroom house with stables and 50 acres will cost between £4 million and £6 million in the Cirencester-to-Tetbury countryside, estimates Jonathan Bramwell of The Buying Solution.

‘But in classic “Daylesford country” – the triangle between Stow-on-the-Wold, Chipping Norton and Burford – that rises to between £6 million and £10 million.’ 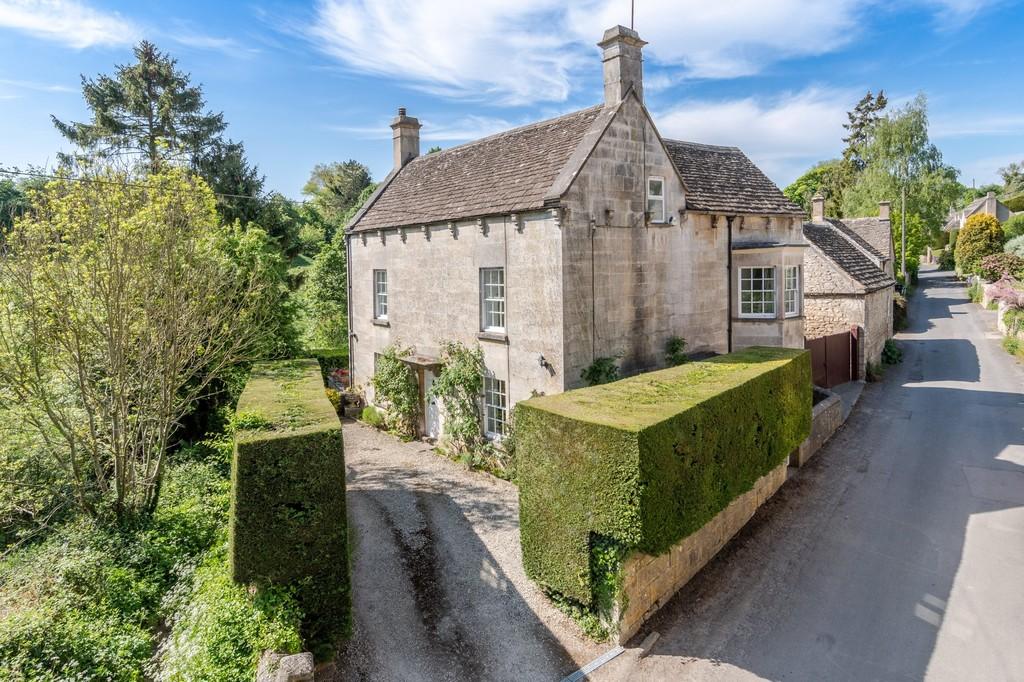 This four-bed detached house in Avening, just outside Tetbury, is a mere £875,000 via James Pyle — a fraction of what it might cost in one of the hotspots.

When Lady Bamford opened a farm shop on her Daylesford estate in 2002, it caught the imagination of Londoners. The area was already on the map for ‘Notting Hillbillies’ – hedgefunders and City financiers who had knocked Chelsea off its hotspot in the late 1990s and for whom a straight shot down the A40/M40 was no problem.

‘Prior to this, the north Cotswold market was dominated by City money,’ says Mr Bramwell. ‘Then came the media, sporting and other buyers and the average age dropped dramatically.’

Flames of interest were fanned during the time of David Cameron’s so-called Chipping Norton set, but when Nick Jones opened Soho Farmhouse, with its strict ‘creatives only’ membership profile, in August 2015, the Cotswold-cool ethos was set in stone. 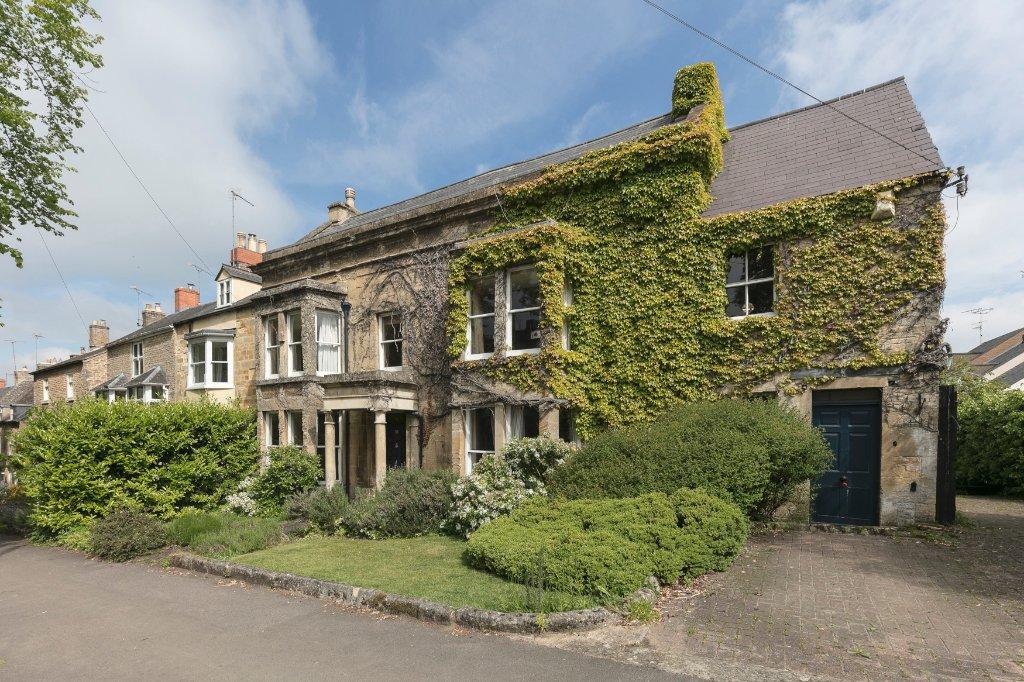 Chipping Norton remains popular, despite the risk of bumping into local resident Jeremy Clarkson — this seven-bedroom house is £1.1m via Hayman-Joyce

The south Cotswolds has long had its own glamour magnet in the polo set that congregate around Cirencester and Beaufort. Today, it’s generally accepted that those with a more equestrian leaning, as well as those looking for a primary residence rather than a weekend home, will be drawn south.

For James Walker of Savills, the south is ‘rather more understated and self-effacing, and possibly less obvious as an initial Cotswolds destination’. The substantial price difference is tempting, too. ‘They’re finding better value and they can easily drive up to Soho Farmhouse or Daylesford,’ adds Mr Tolmie-Thomson.

Verdict: For endless opportunities to name-drop at dinner parties, the north.

The classic Cotswolds cocktail of beautifully preserved villages in warm, honey-coloured sandstone, with views over undulating hills, is more often found to the north. But these charms have not gone unnoticed by the day-trippers somewhat invading the tranquillity of the likes of Burford, Broadway and Chipping Campden. Which is, perhaps, why Lonely Planet named the south Cotswolds one of the best-kept secrets in Europe back in 2014.

Less manicured, the south has a more rugged topography, with deep valleys, harebell-covered fields and steep, wooded hills, and yet still a clutch of pretty market towns, including Cirencester, Minchinhampton and Tetbury.

Verdict: For being far from the madding crowd of tourists, the south.

The church of St. John the Baptist in Dyer Street, Cirencester.

Here, the advantages to the two areas even out. Those based in the north can drop down to Oxford with all its theatres, museums, galleries and first-class intellectual minds.

Meanwhile, Cheltenham, which is often dubbed the ‘cultural centre of the Cotswolds’, has an array of festivals and events, which range from music to literature, film, food and drink and more, is accessible from both. Work has recently begun on a £700,000 facelift of the town centre, the first phase of which is expected to be completed this year.

Finally, those based in the very south can enjoy the delights of Bath.

Verdict: With so much on the doorstep of both regions, it’s a dead heat. 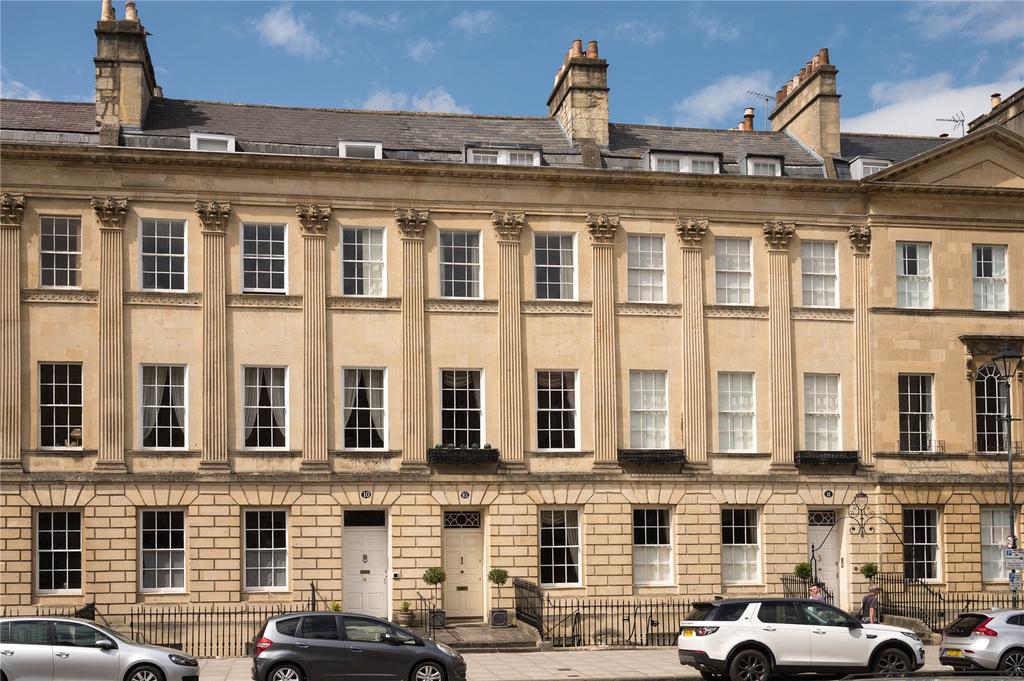 This five-bedroom house is exactly the sort of place you’d hope to find in Bath — it’s for sale via Savills at £2.35m.

In the north, it’s no doubt that Oxford’s clutch of world-renowned schools, chief among them the Dragon, Summer Fields and Oxford High School, has propelled prices in the city as well as the surrounding countryside. Co-ed prep Kitebrook, near Moreton-in-Marsh, is firmly on buyers’ maps, as well as Tudor Hall near Banbury.

Verdict: Oxford’s schools are hard to beat, but its rush-hour traffic is famously nightmarish. Cheltenham, accessible from both north and south, offers a good mix of schools and fewer congestion headaches. 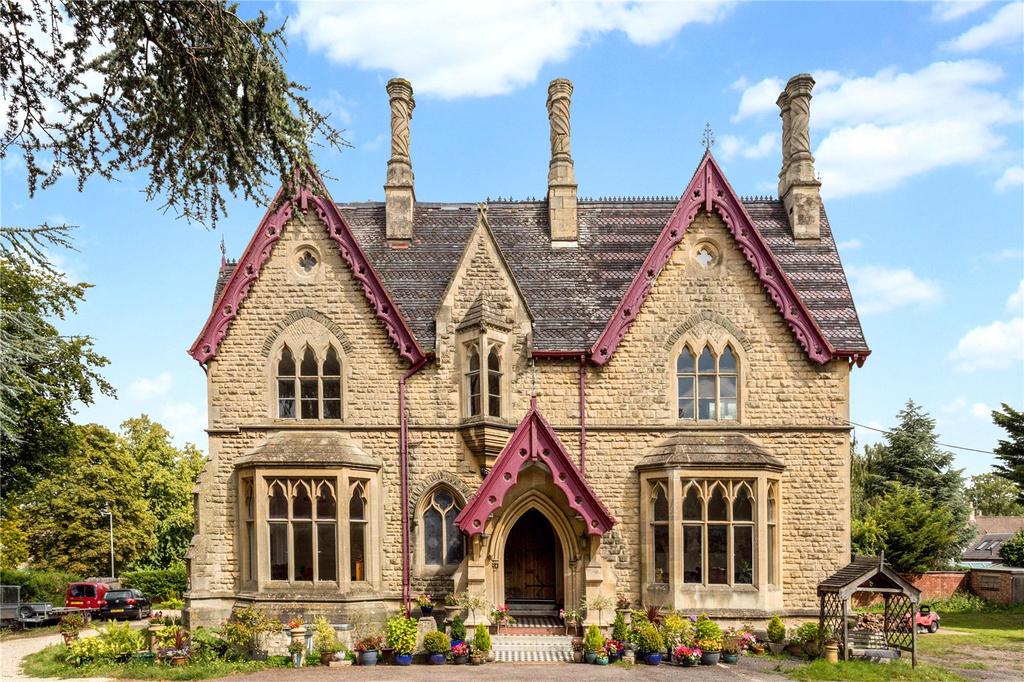 This fascinating home on College Lawn near the centre of Cheltenham is on the market at £1.95m.

Once, there wasn’t much wriggle room between catching a train at Kemble in the south or Kingham in the north, as both delivered passengers into Paddington. However, now that the line from Banbury to Marylebone has improved, with a faster and more regular service – the best complete the journey in an hour – there’s another reason to tip the balance towards the north.

There’s also the added benefit of the M40, adds Mr Bramwell. ‘It’s always been regarded as a more desirable link out of London than the M4.’

Verdict: The north. Anything to avoid the M4’s upgrade to a smart motorway (not scheduled to be completed until March 2022). 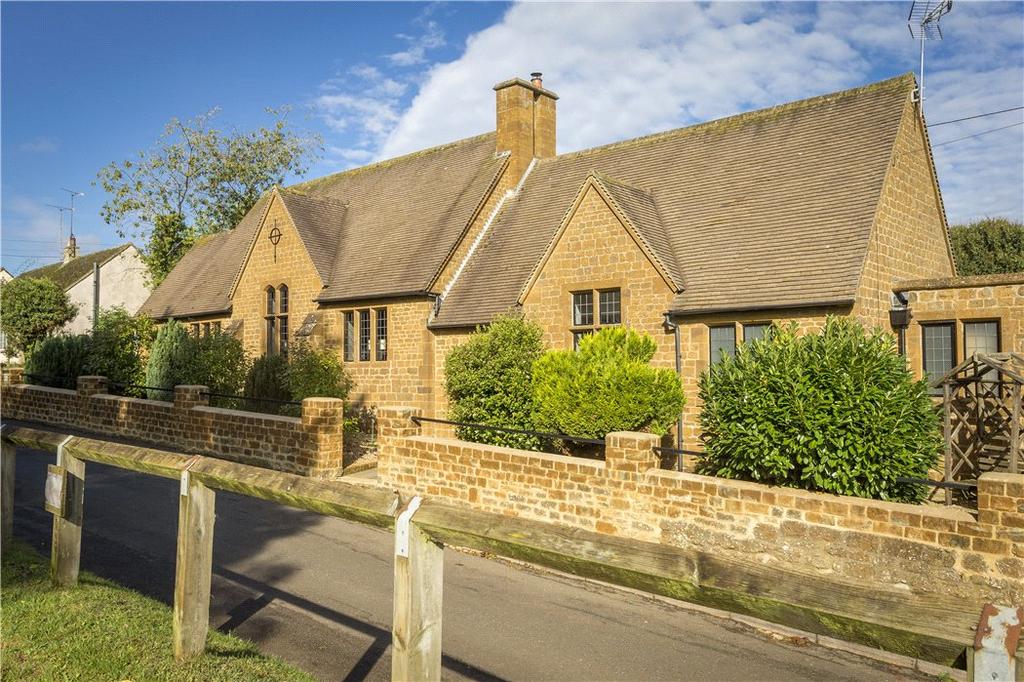 Knight Frank are selling this lovely three-bedroom home in Wroxton, a few miles outside Banbury, for £800,000.

Luckington Court has returned to the market after 70 years.

Lower Moor Manor drips with character, thanks to exposed beams and flagstone floors – but the house itself is just