Bolehyde Manor, a few miles from Chippenham, is a glorious, large house with wonderful gardens.

Any property that survives for more than 700 years will have plenty of stories to tell. In the case of Bolehyde Manor, in the village of Allington not far from Chippenham, several of those stories revolve around the Royal Family over the past few years. This was the home of the Duchess of Cornwall while she was still Camilla Parker Bowles and married to her first husband, Andrew.

In 1986 it came to the market just as Prince Andrew was about to marry Sarah Ferguson, and was rumoured as a possible family home for the new royal couple (as was every other property within on the market near of Prince Charles’s home at Highgrove and Princess Anne’s house, Gatcombe). A new royal connection was rumoured in 2011 when it was reported that the Duchess of Cambridge’s parents, the Middletons, were tipped as its next owners. Needless to say, neither of these potential sales went ahead.

Bolehyde Manor sits in 80 acres of land in Allington, near Chippenham.

Today, Bolehyde Manor is up for sale again, with Savills quoting a guide price of £3.25 million. That’s £2.65 million more than was being asked in 1986 and (if tediously gossipy reports such as this one are to be believed) £1.5 million less than was reportedly being asked nine years ago. As the pictures on this page show, there’s clearly a bit of TLC required here and there, but this will only add to the possibilities and potential for a new owner.

The building itself has an equal number of stories to tell. Back in 1948 Country Life’s erstwhile architecture editor Christopher Hussey paid a visit to write a two-part article in which, after an opening description, he wrote:

This cursory view establishes that it is a very old site and the house, of various dates, shaped like a U lying on its side of which the lower stroke, forming the south entrance front, is longer than the upper; but that it was formerly approached from the east. The gables, crowned with little gablets, might be 16th-century; the curious east lodges to the courtyard are possibly older; and the later gate-piers, gazebos and porch are evidently of late 17th-century date. The archway connecting chapel and house, though of Tudorish character, is in fact modern. What do we make of it all?

Hussey’s conclusion was that it’s essentially a medieval house greatly expanded in the 17th century, with several additions made since then. Exactly what was built when is hard to pin down, however, since patchy records remain from the tenure of the Gales, who owned Boleyhyde for three centuries. ‘History is not helpful,’ Hussey added, somewhat ruefully.

We can speak for certain as to how the house stands today, however: it’s a Grade II*-listed manor house with four reception rooms, eight bedrooms, described by the agents as a house ‘with the history of the ages knitted into its very fabric but with a heart that is unreservedly designed around both family living and formal entertaining.’

In 1948 the house had a four-poster bed for the dog… we can’t confirm that it’s still there! ©Country Life Picture Library

Period features abound from the moment you open the heavy oak front door and step into a flag stone floor hallway. There are open fires, stone mullioned windows and oak panelling, plus an ornately carved staircase. 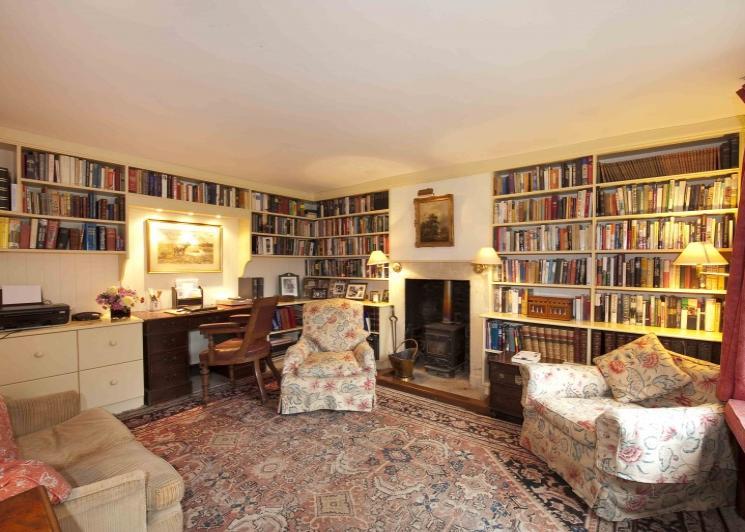 A courtyard accessed via the reception hall or kitchen is an ideal spot for al fresco dining. 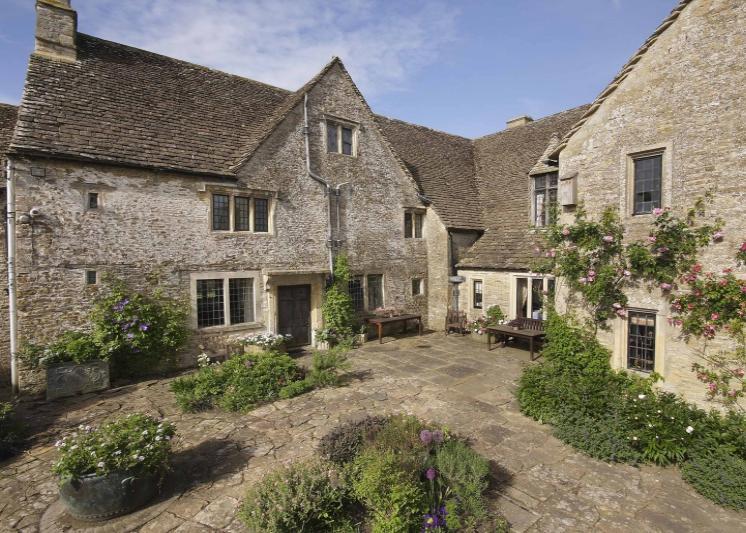 Beyond that there are simply magnificent grounds (‘a veritable succession of secret gardens’ as the colourful agents details note), stables, outbuildings and 80-odd acres of arable land.

All this and we’ve not yet mentioned the moat, swimming pool and tennis court. Bolehyde has all three.

As well as the main house there is also a three-bedroom annexe and three cottages — truly a small estate rather than just a large house. Given its easily-accessible Cotswolds location and huge potential for improvement, as well as its fascinating history, we’d foresee an awful lot of interest.

Bolehyde Manor is for sale via Savills at £3.25 million — see more pictures and details.

HRH The Prince of Wales's famed garden is open to the public now until October. Country Life's gardens editor Tiffany

The son of HRH The Princess Royal and Capt Mark Phillips is now running the Festival of British Eventing, started