The Dower House of Sir Ferdinand Kielberg has been returned to its original status as an elegant family home, perfectly designed for all manner of entertaining.

Gracing the border of Bedfordshire and Buckinghamshire, The Dower House and its surrounding 39 acres of beautifully landscaped gardens and woodland are on sale through Jackson–Stops at a guide price of £3.5 million. 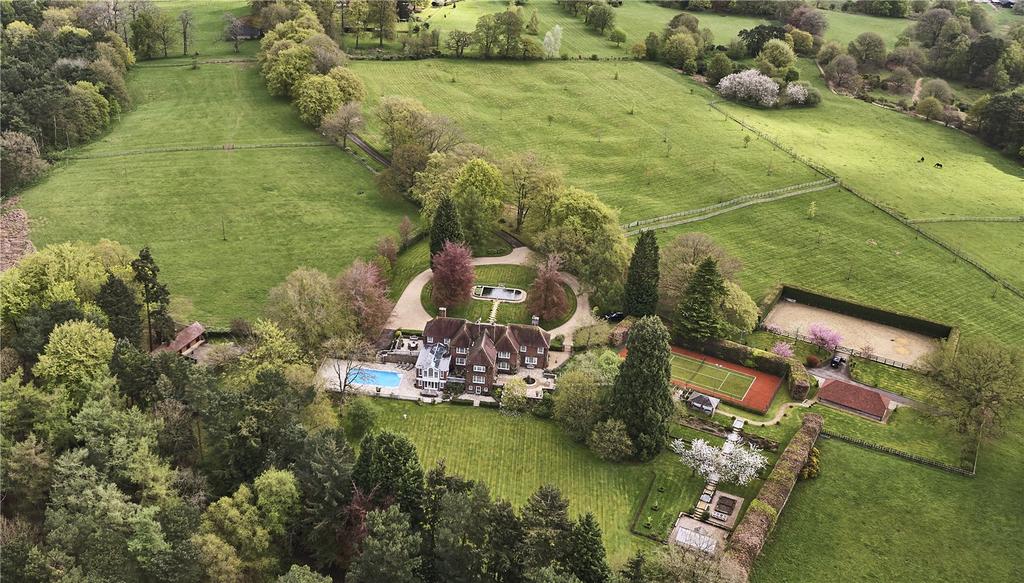 The Dower House is set within the former grounds of Stockgrove Park at the end of an extremely private beech-lined driveway, which begins with a delightful red brick clock tower and ends with the charming country house itself. 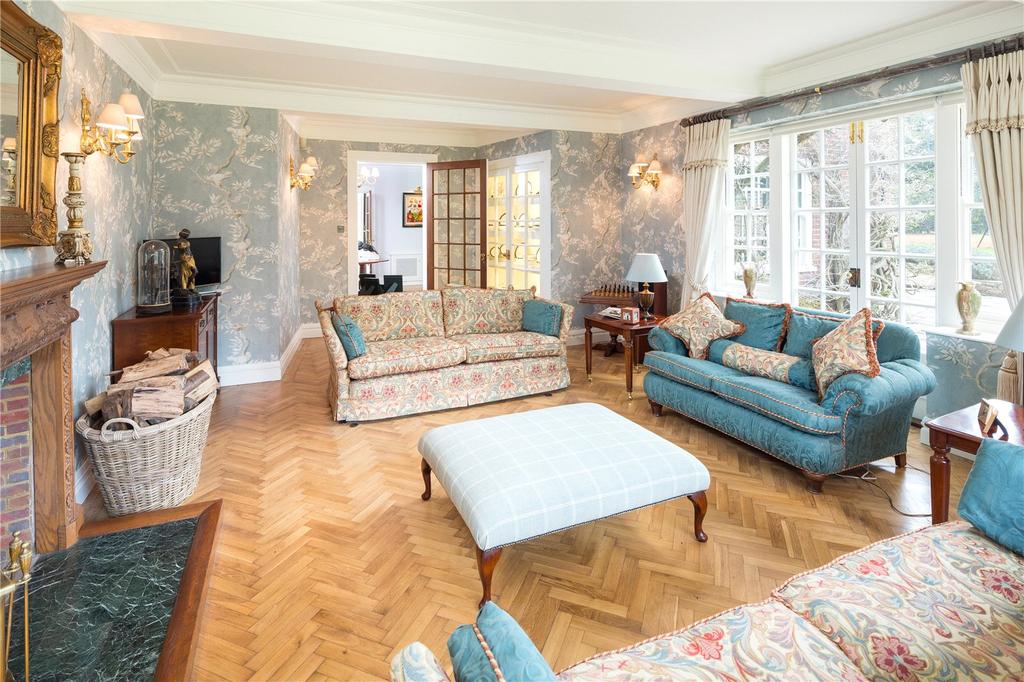 Although one could not be faulted for believing that The Dower House has stood the test of time since its surrounding lands were first developed into an estate, when Sir Ferdinand Michael Kroyer-Kielberg – a well known Danish philanthropist and entrepreneur – purchased the land in the 1920s, he commissioned architect William Curtis Green to build a new house and redesign the grounds surrounding it. 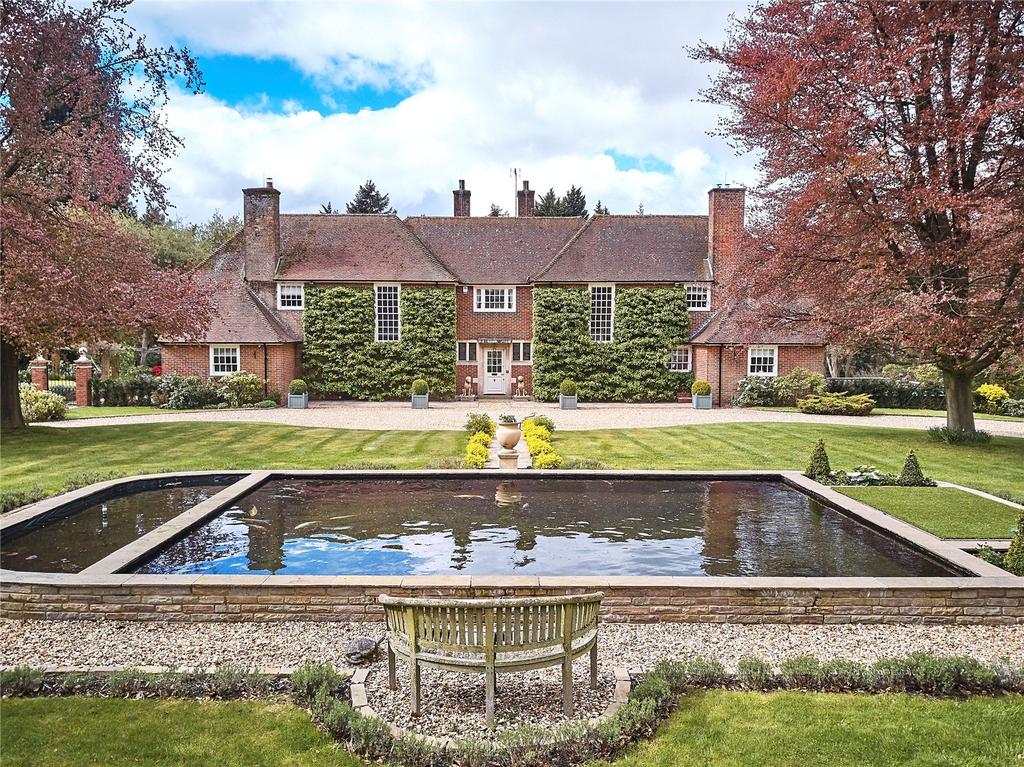 The head of the estate thus moved from Stockgrove Park House, built in 1835, to the newly commissioned The Dower House. 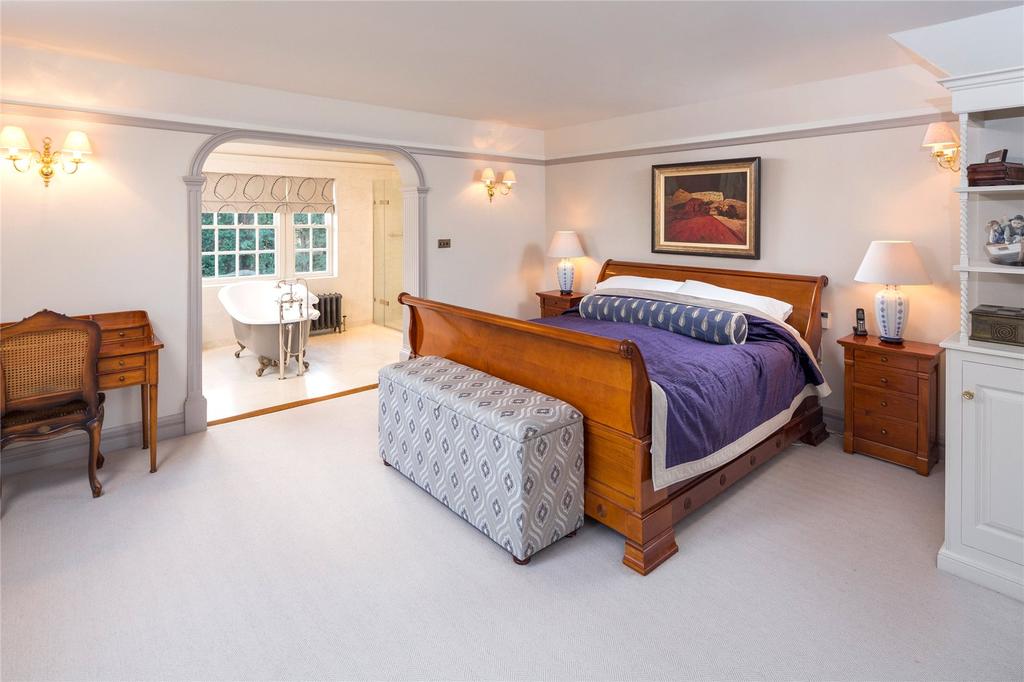 William Curtis Green, recipient of the Royal Gold Medal of the Royal Institute of British Architects, designed The Dower House to be the ideal home for a life of polite society, perfectly suited for both large and small-scale entertainment. 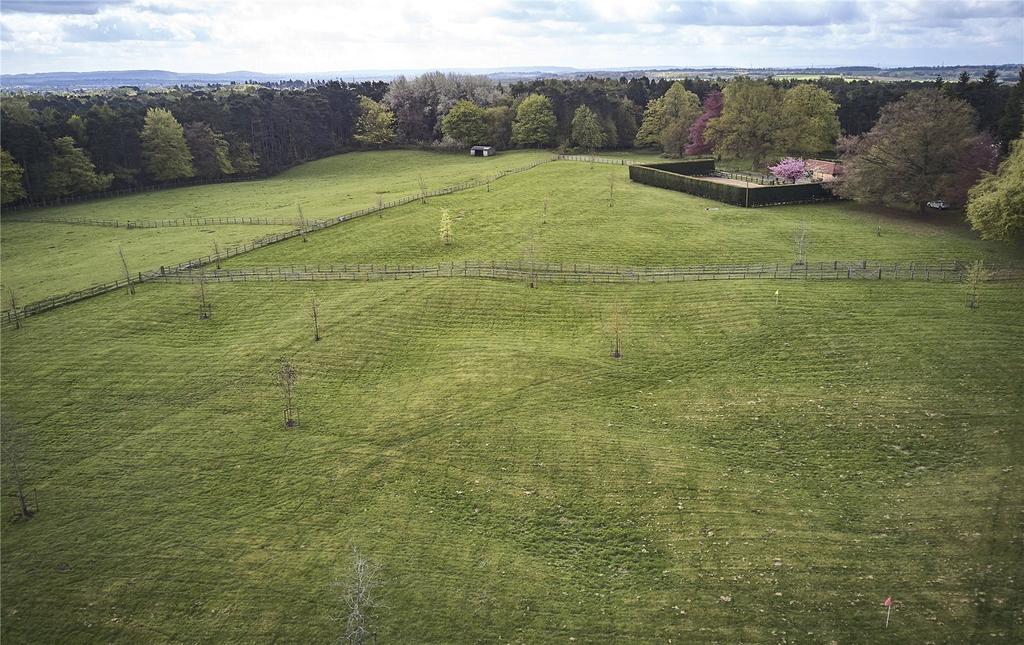 The house was situated to best enjoy the stunning views of the surrounding park, with additional paved terraces tactically placed around the property for the same purpose. 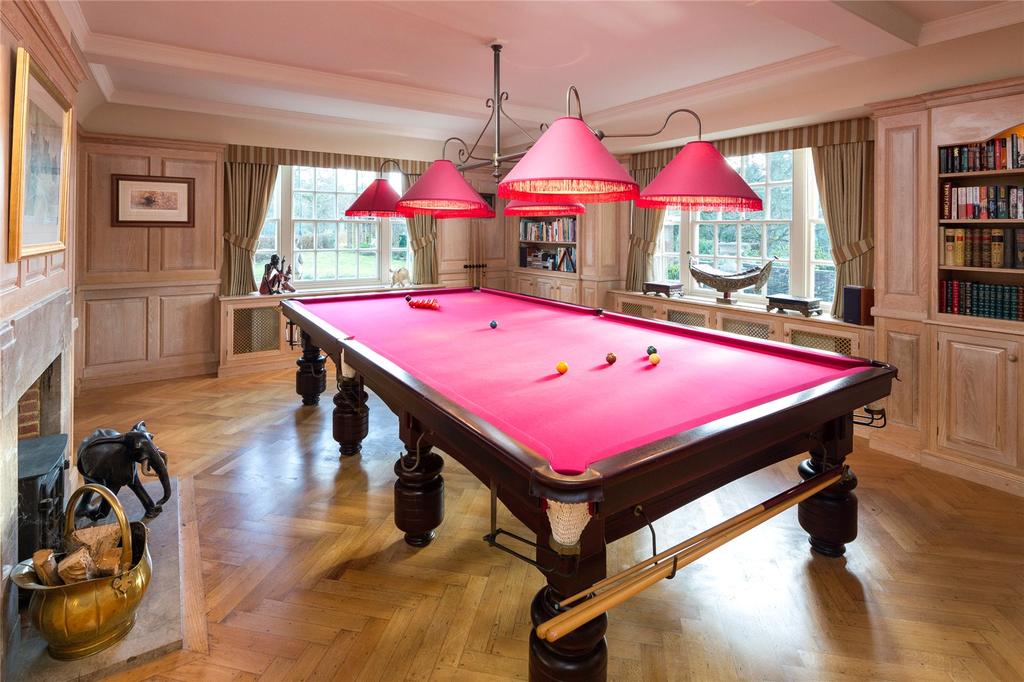 Green added a stable block with ten separate stables, including a tack room and a workshop. These additions, combined with the barn and 36 acres of grass paddocks made Strockgrove a haven for horse lovers, a reputation which continues to this day. 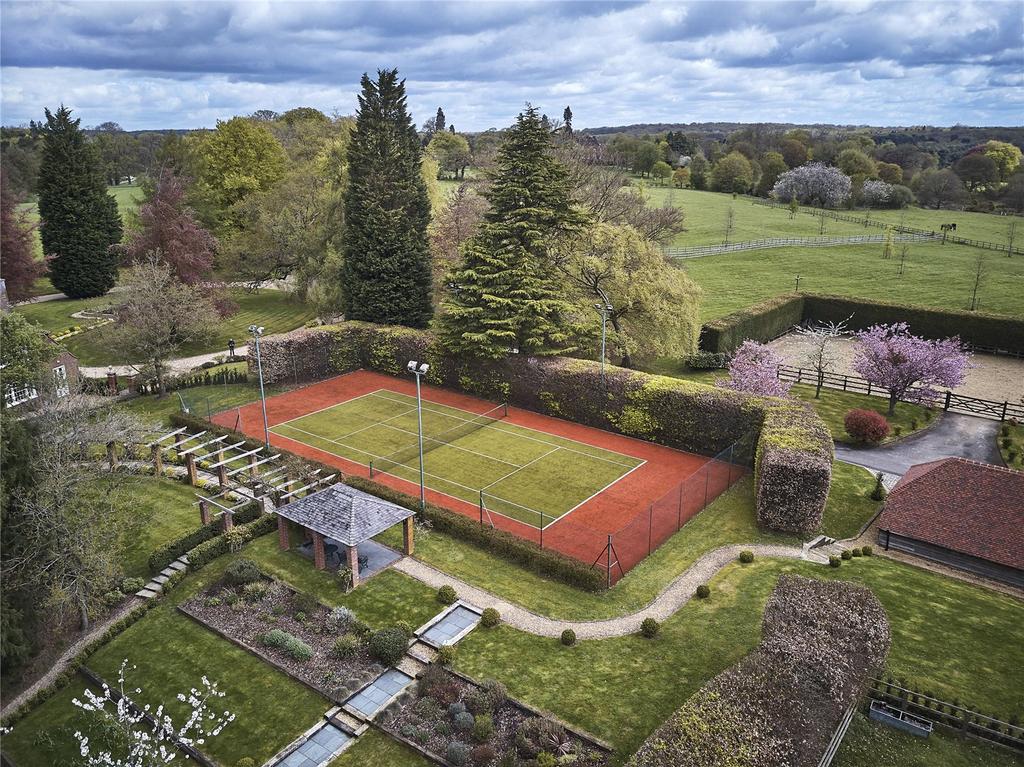 Becoming a British citizen in 1926, that same year Kielburg donated his Liverpool home to become a home for sick children, making Stockgrove Park his primary residence. Kielburg gave much of his time towards helping the Danish during the Second World War, efforts which secured him his knighthood in 1947. 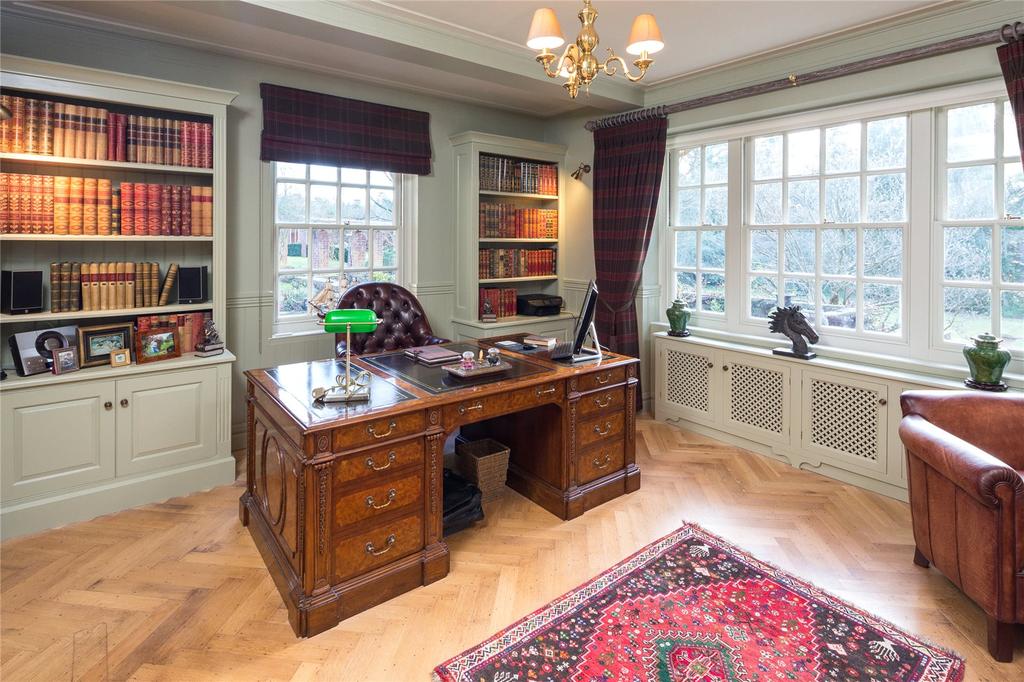 Despite it’s original purpose, The Dower House soon joined its Liverpudlian counterpart in the 1950s as a school for children with special educational needs, run by various London authorities before closing in 1994.

It has since been returned to a stunning country house, fit for use as a large family home. 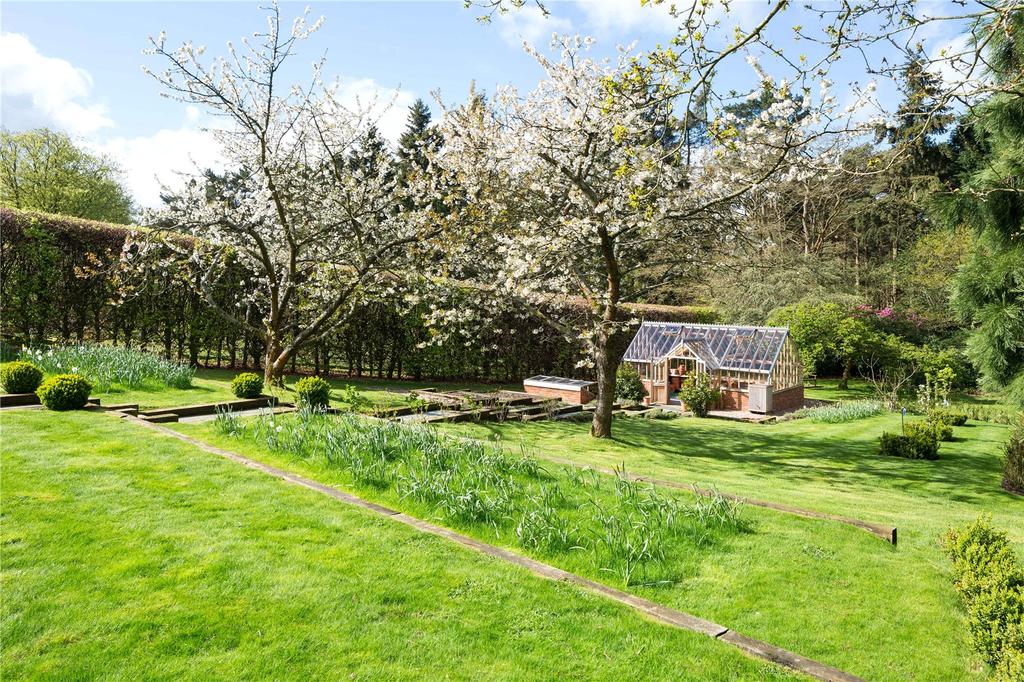 The new owners of the estate will be delighted with the secluded location of the main house, as well as the current owner’s efforts to sympathetically update the interior of the property.

The kitchen – designed specifically for The Dower House by Frazer James – and all the bathrooms have been recently renovated. The orangery has been perfectly preserved to retain all of its period charm. 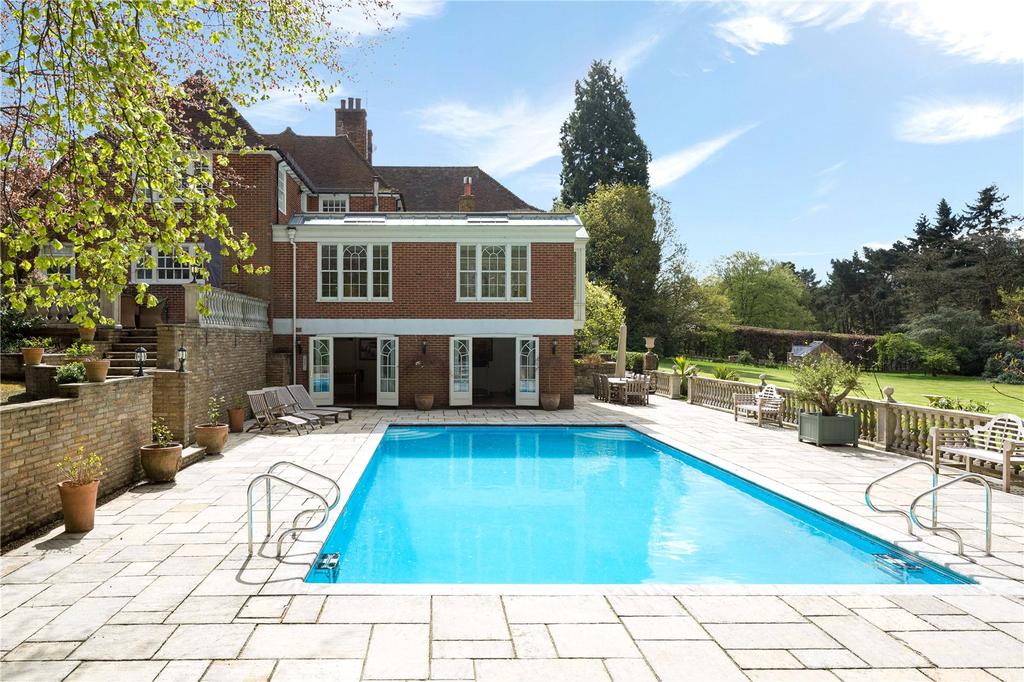 The property boasts a home gym with leads out directly to the pool terrace and swimming pool. Other features include a handsome billard room, wine cellar and an under floor heated boot room, perfect for cold winter walks in the stunning grounds.

Dower House and its surrounding acres are for sale through Jackson-Stops at a guide price of £3.5 million. See more details and pictures here.

Set on 1.5 acres of land on the edge of Bourne Wood, Lobswood House has been sympathetically renovated to retain

Once a Grand Hotel, an airforce base and student hall of residence, the Hamilton Grand has now entered the newest