Netherfield House is the sort of picture-perfect place many of us dream of, and full of original touches. Toby Keel reports.

All manner of homes pass through the hands of the Country Life editorial staff. And while it would be wrong to suggest that we become  immune to their charms, it’s equally fair to concede that those sharp little intakes of breath become rarer as the years go on. Yet in the case of Netherfield House, that involuntary half-gasp took place. This is the sort of house you normally see on a lavish Sunday evening period drama.

Netherfield — on the market at £1.7m — is located just outside the Lanarkshire market town of Strathaven, half an hour or so south of Glasgow.

It’s a Georgian, five-bedroom home that’s full of period details, from intricate cornicing to marble fireplaces, including a carved stone staircase and a spectacular polished stone floor in the reception hallway.

The modern touches are equally interesting, with some sympathetic design choices clearly having been made. There’s a Clive Christian kitchen that leads on to an orangery/garden room full of rattan furniture, lit from the french windows all around as well as skylights above.

Rather unusually the living space of the house is laid out over two floors, with the drawing room, dining room, study and a second kitchen all on the first floor.

Four of the bedrooms are on the first floor — including a master with walk-in storage, a dressing room and an en-suite — while there’s a final bedroom on the third floor.

The property also includes 70 acres of land, a pair of cottages — the Coachman’s Cottage and Cherry Tree Cottage. The former is in decent condition, but Cherry Tree Cottage is little more than a shell. The good news is that planning permission is in place to expand and renovate it as a three-bedroom cottage.

There are also garages, stables and, rather unusually, a large kennel facility, complete with shelters, runs and a grooming parlour.

The majority (almost 50 acres) of the land is currently grassland used for grazing; there’s also 11 acres or so of woodland, while the rest is a mixture of lawns, formal areas and some exquisite water features. There’s a landscaped loch which is fed by a stream and waterfall (crossed over by a pretty red bridge) down at one end, with an idyllic boathouse at the other. 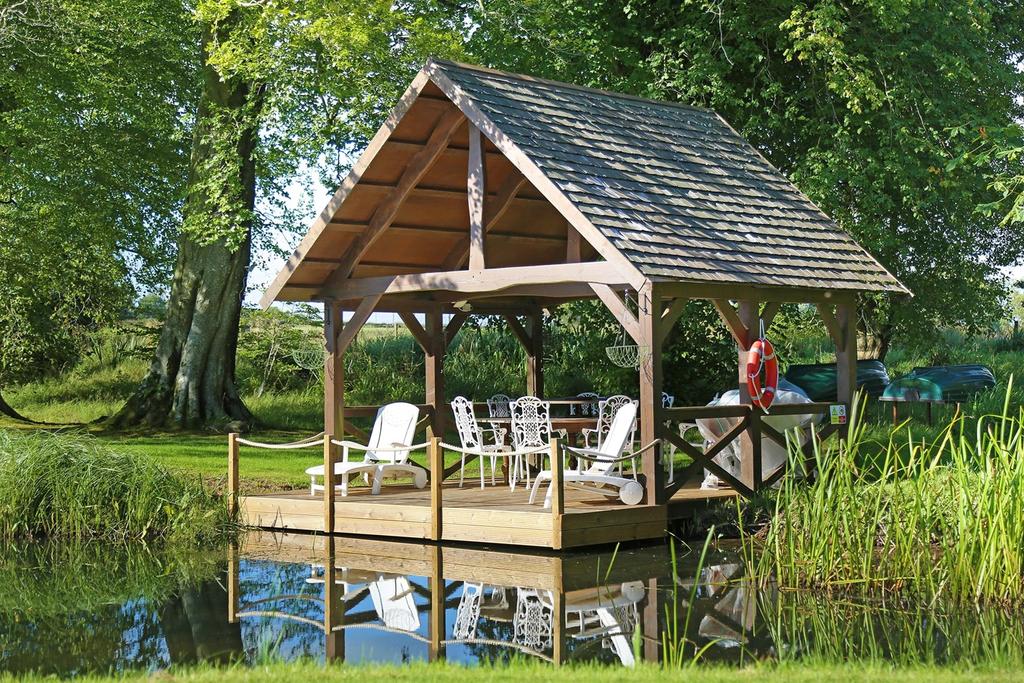 Netherfield House is for sale via Corum at offers over £1.7m — see more details and pictures.