If you're looking for a big house — a very big house — then The Rockwood Estate in the village of Brook could be the place.

Regular readers of our property pages will know full well that many of the homes we feature have colourful histories. Some might have been owned by pirates or adventurers, others have links to the great, the good and the controversial.

Very often, the stories attached to such properties go back centuries; but not in the case of Rockwood Hall, a country house with 335-acres estate in the village of Brook, between Godalming and Haslemere, which is now for sale at a guide price of £20-£25 million.

It’s listed via agents Clarke Gammon Wellers via OnTheMarket, whose details give the basic outline of what is for sale. 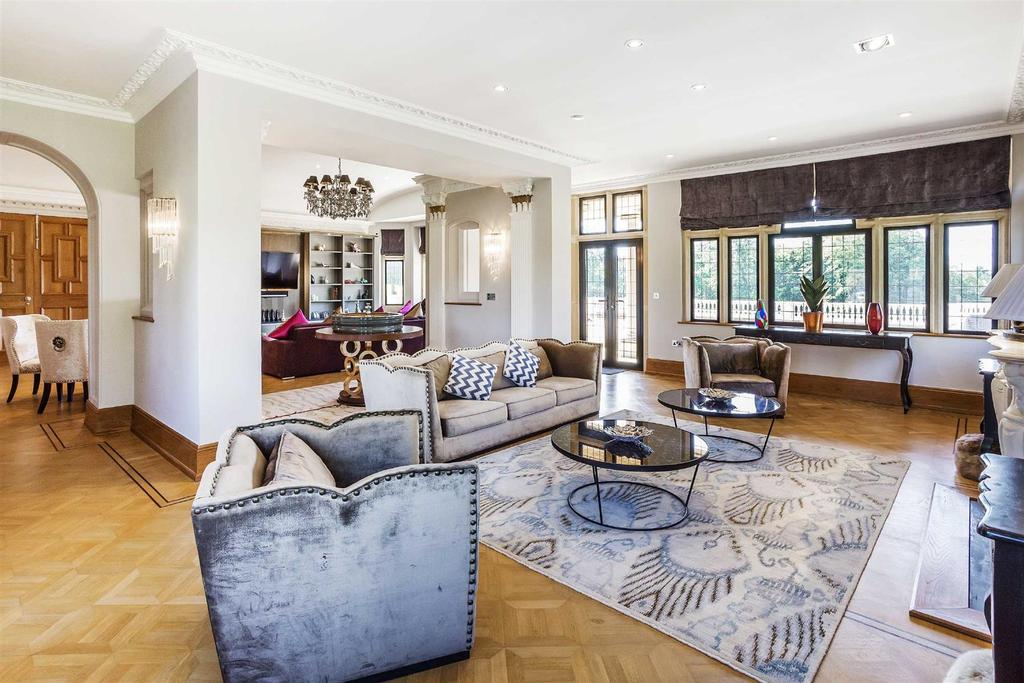 There is a 26,000sq ft main house with nine bedrooms, nine bathrooms and six reception rooms, as well as an air strip, hangar, helipad, tennis court and lake. 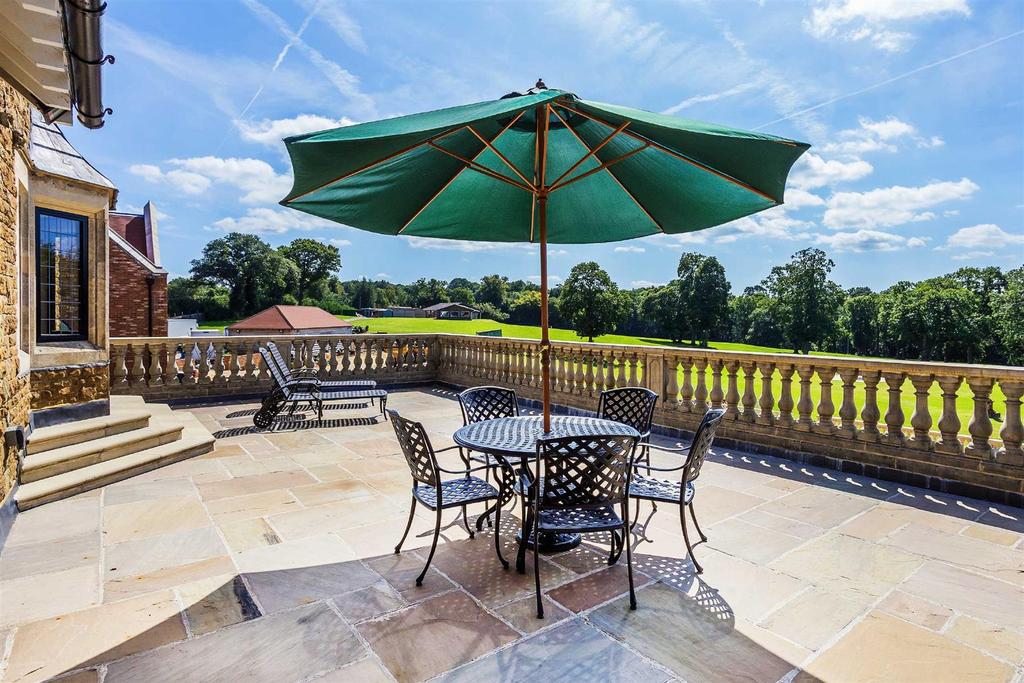 The main house has been completely refurbished in recent years, and as the pictures here show there is a great mix of old and new in the features: a below-floor wine cellar, free-standing metal baths in rooms with stone-mullioned, leaded windows.

There is even a complete replica of an American-style diner and bar. It’s all finished immaculately.

That said, there is still potential to add value. Beyond the main house there are several other buildings on the site waiting to be transformed, several of which already have permission in place for development. 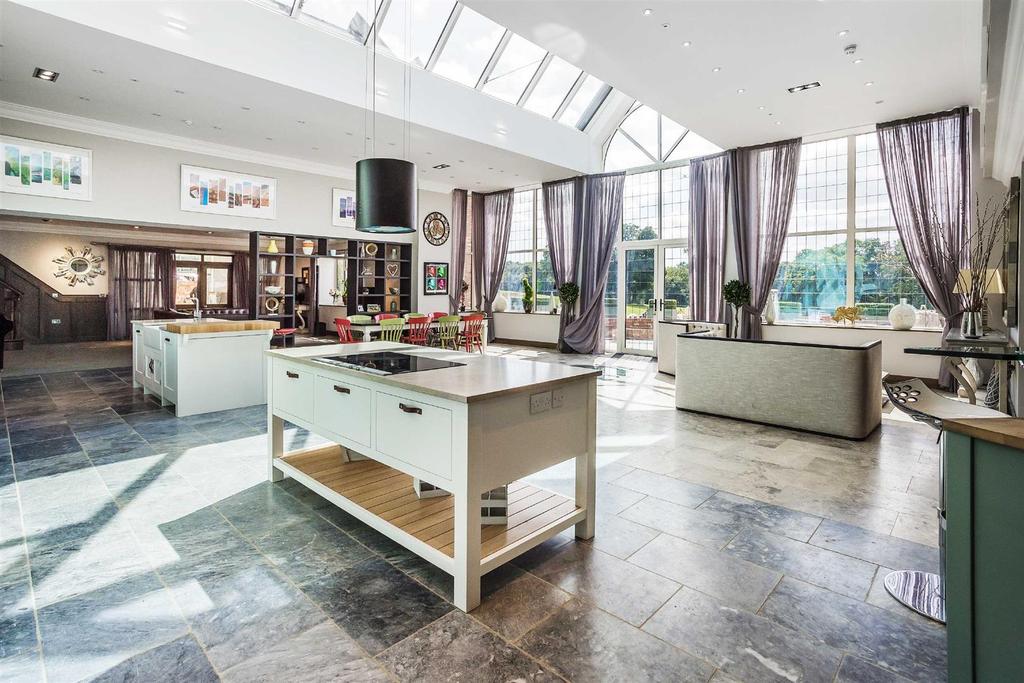 And as the images here show, there is some work which has been started and remains under way.

The work that has been done is just the latest chapter in the house’s story. Built in the years before the First World War, the house made its headlines in the late 1990s and early 2000s when it was owned by Asif Ali Zardari, the husband of former Pakistan president Benazir Bhutto, and then man who himself became president after Bhutto’s assassination. Zardari bought the house in 1995 via an offshore company, but subsequently denied owning it until it was sold in 2004.

Following that it earned a reputation for all manner of, ahem, ‘unusual’ goings-on as it was used to host parties and events which prompted a series of lurid newspaper articles in both the local and national media.

The last five years have been a time of comparative calm as the development work has gone on, and various permissions obtained.

It’s now ready for new owners to begin writing the next chapter in the story — and for those looking for a truly grand estate within easy reach of London, this is likely to be ideal.

The Rockwood Estate is for sale with Clarke Gammon Well via OnTheMarket — see more pictures and details.