The Grade I-listed Lympne Castle in Kent is a breathtaking castle and estate which boasts beautiful gardens and vast grounds — and what's more, it could even help pay for itself. Lydia Stangroom takes a look.

Clearly, not everyone is in the market for a castle. We don’t all have millions to spend up front, nor the means to staff and maintain a sprawling, historic building with grounds. And for many of us, a nice four-bed detached house in the country would do nicely, especially if it has a garden big enough for the dog and a veg patch.

For those who are looking for their own breathtaking slice of fantasy castle, however, the appearance of Lympne Castle on the market will be a cause for huge celebration.

‘The opportunity to own your very own castle with views across the channel to France don’t come along very often’, says Will Peppet, the Savills agent handling the sale of Lympne Castle for £11 million.

Will’s words are something of an understatement. In Scotland, it sometimes feels that castles pop up on every bend of Loch going, but finding  a similar property within striking distance of London is incredibly unusual. So this is a vanishingly rare chance to own a genuine, Grade I-listed landmark in the Garden of England.

Lympne Castle, unsurprisingly, has rather a rich history. It’s believed that a Saxon Abbey once stood on the site, and in 1089 it was transformed into a house, where it ran as the permanent residence of the Archdeacon.

Throughout the 13th century the house was visited by many noble guests, and it remained as the Archdeacon’s residence until 1860.

Following this, it was used as a farmhouse before falling into a state of disrepair around the early 20th century. Restoration work was carried out, and West Wing added by Sir Robert Lorimer, a Scottish architect.

During the First World War, the castle was used to house troops who were stationed in nearby Lympne; later, it was used as a care facility for Canadian soldiers recovering from injuries.

In 1918, Henry Beecham took ownership and added the East Wing, which proved an advantageous addition during the Second World War, as — on a clear day — it was apparently possible to see the launch of V1 rockets in Calais. That allowed the coastline guns to be readied in time to give them a sporting chance of shooting the rockets down as they passed over Hythe Bay. 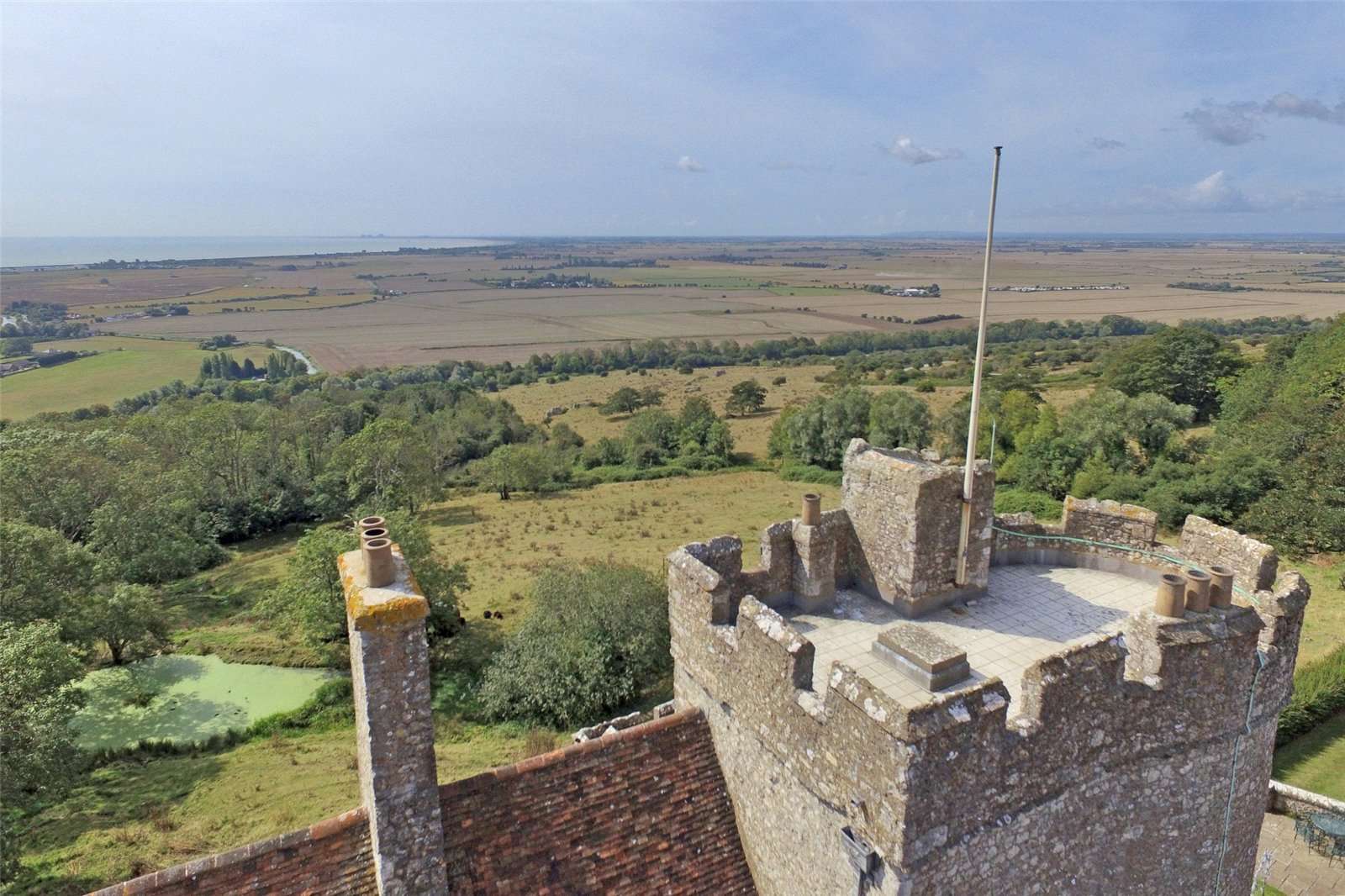 Since 1945, further additions have been made, and a huge amount of restoration work carried out. The ancillary accommodation within the grounds — once staff living quarters — were renovated in 2009 and turned into holiday cottages and a restaurant. Today, it’s a successful lifestyle business that could help fund the purchase and running of the castle.

Beyond the self-catering accommodation and restaurant, Lympne Castle runs as a thriving wedding venue business — one which any new owner could pick up and run with, should they so wish. 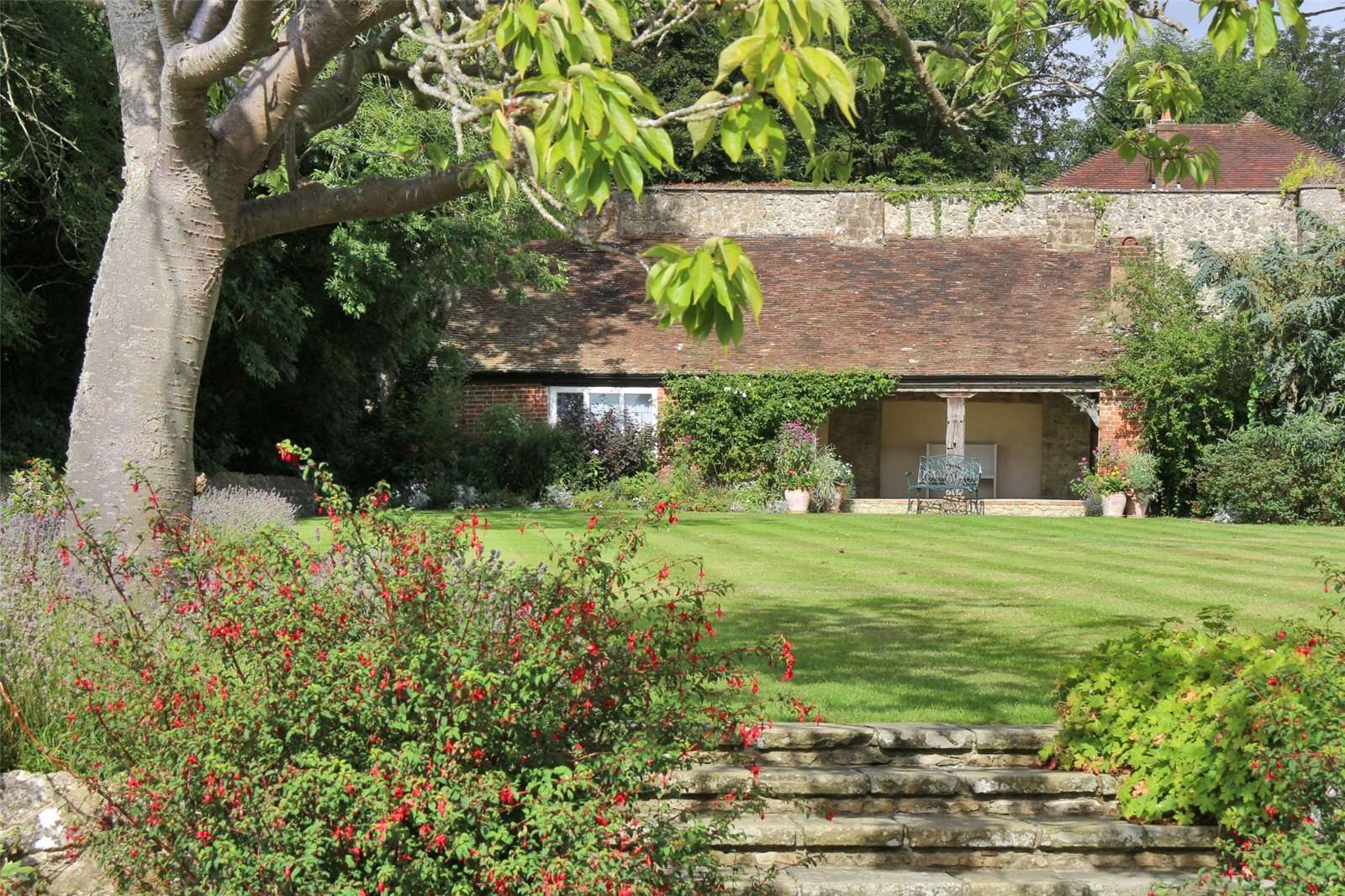 The gardens and grounds amount to 130 acres of woodland, pasture, vegetable patches, plus numerous outbuildings, including greenhouses, stables, barns and stores. There are also several walled gardens and a swimming pool.

Lympne Castle is currently on the market via Savills at a guide price of £11 million — see more pictures, or enquire with the agent for further details.

Lympne: What you need to know

Location: Lympne is a village in Kent near the coast, almost equidistance between Ashford (11 miles) and Dover (15 miles). Train stations can be found at Westenhanger and Sandling.

Atmosphere: There are local amenities within the village, including a pub, primary school and village shop. Further shopping is available in Hythe (2 miles) which has several supermarkets and a high street with independent shops.

Things to do: The east coast is home to some lovely beaches and fantastic scenic walks. Folkestone, Dover and Canterbury are well worth a visit. You could also pop across the Channel to explore France.

See more property for sale in the area.