A waterside home with stables, land and endless outbuildings offering all manner of possibilities has come to the market near St Boswells.

The River Tweed is still one of the more productive salmon rivers in Scotland and you are unlikely to find a better view of it than from 17th-century Benrig, for sale via Knight Frank at £1.95 million. 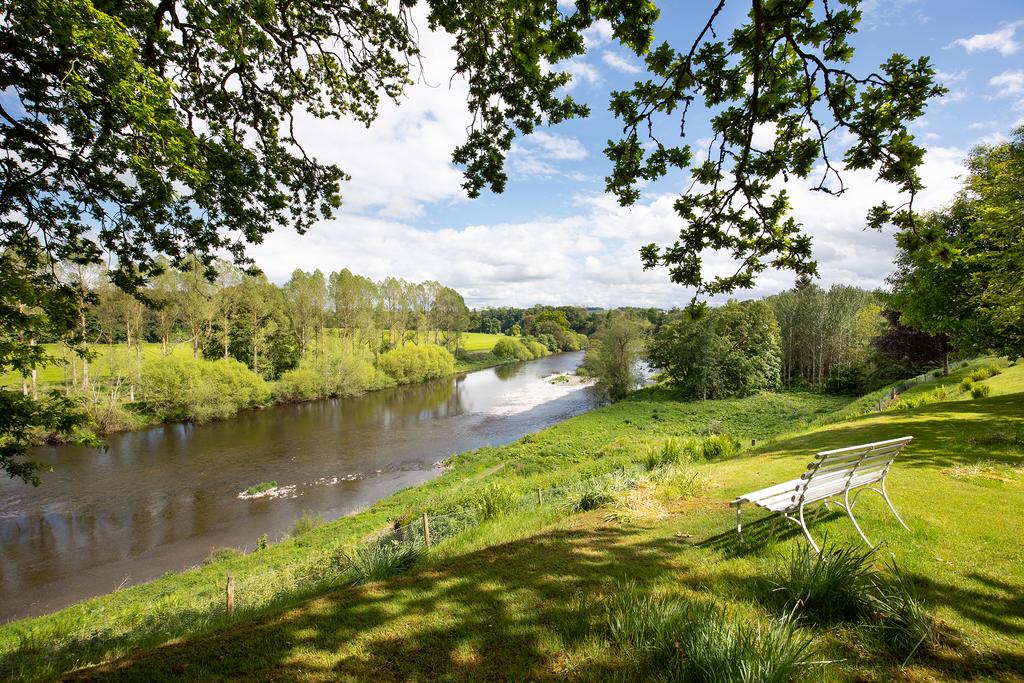 Knight Frank’s agents aren’t shy about talking up this grand home: ‘Possibly the best positioned country house on the banks of the Tweed,’ they call it. The pictures on this page speak for themselves on that score — and given that the charming village of St Boswells is close by, it’s hard to disagree.

The nine-bedroom home has come to the market for the first time since 1985 and, despite its age, is still in immaculate condition with a wealth of period features and character. 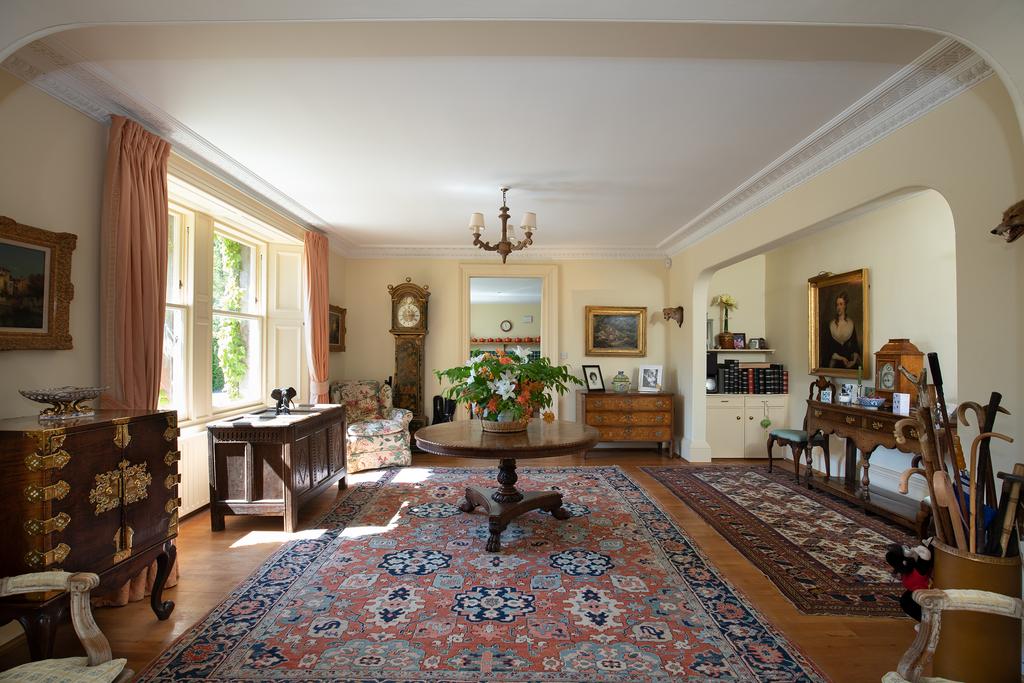 Outside, the gardens and grounds blend seamlessly with the wisteria-clad farmhouse. 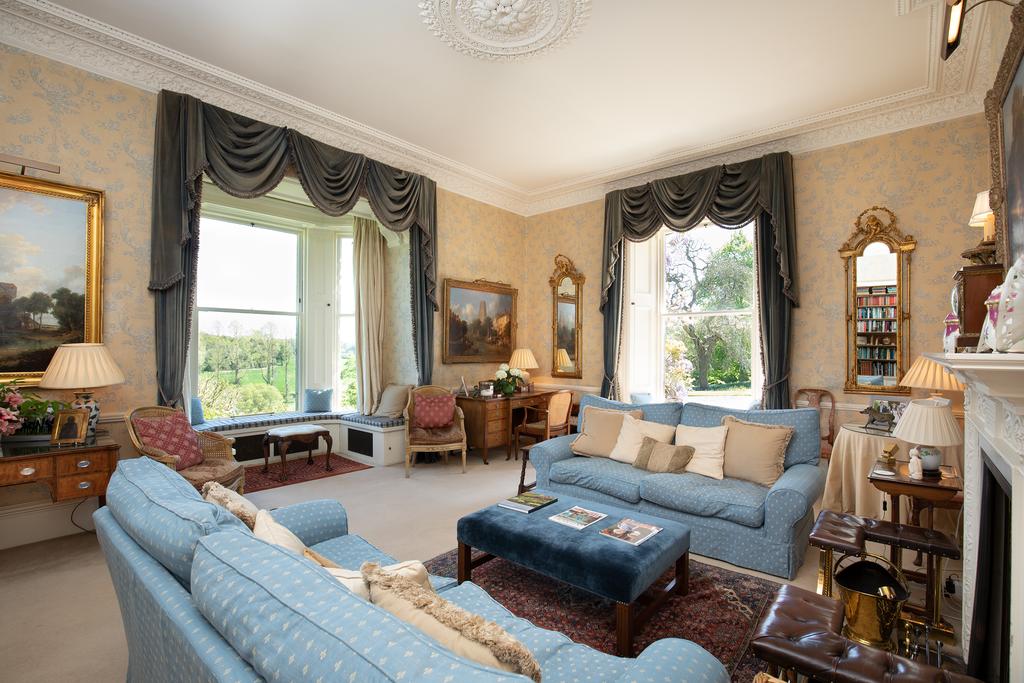 In the spring, expansive lawns produce a huge show of daffodils, whereas the semi-walled garden is one for all seasons.

‘Wait’, you’re thinking. ‘Where’s the space for my horses?’ Fear not, as along the north and western side of the property are three paddocks, about six acres in all, as well as a stable block and adjoining three-bedroom cottage.

For those thinking that all this could make it the ideal place to use as a country base for occasional commuting, there is more good news: among the other outbuildings there is a three-room office. In this new world of working-from-anywhere, it feels that this could be a great opportunity for a buyer from Edinburgh, Newcastle or even further afield to find a new base. 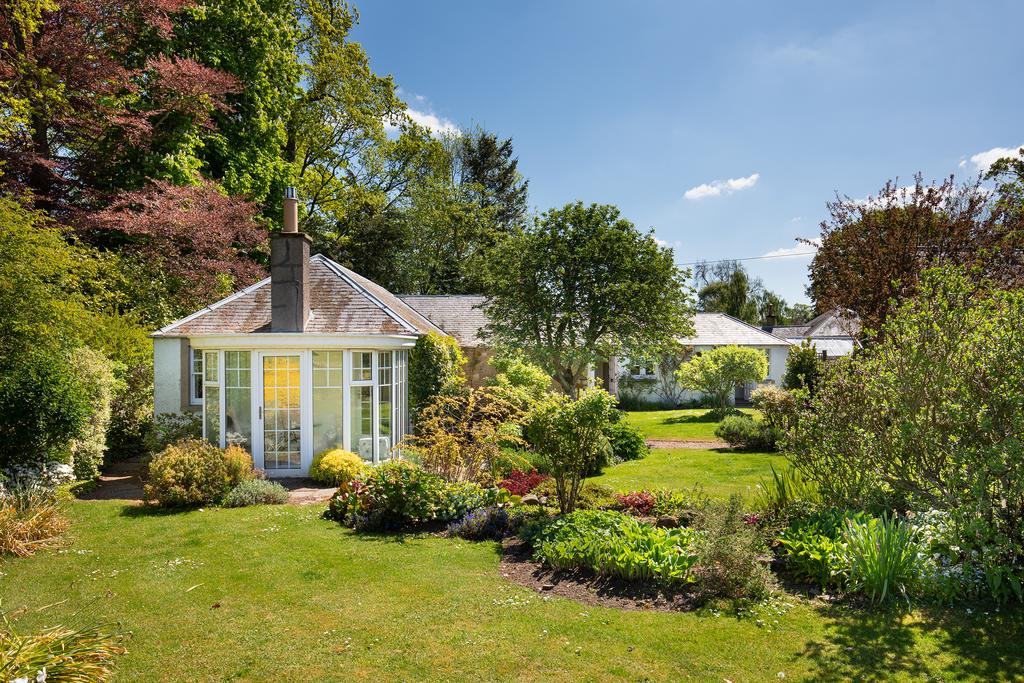 Whoever takes the plunge will enjoy a home with great grandeur, where even arriving is a bit of an event. The main house is approached through stone gate pillars along a winding drive which terminates in a gravel sweep on the east side of the house. What could be more country house than that?

Benrig is for sale via Knight Frank at £1.95 million — see more details and pictures.