Grade II*-listed Beachampton Hall sits in an idyllic landscape next to the Great Ouse in Buckinghamshire. Previously known as Hill Farm, the stone-gabled house stands on high ground on the south bank of the river beyond Beachampton’s delightful 14th-century village church, three miles from Stony Stratford and 6½ miles from Buckingham.

Sensitively restored in the past 13 years by its current owner, who plans to embark on another project, Beachampton Hall is for sale through Savills Country Department at £3.5m.

Set in 33 acres of landscaped gardens and paddocks, it comes with outbuildings, stabling, an outdoor school and fishing rights on the river. An additional 30 acres of paddocks are available by separate negotiation.

The house as it stands was essentially built in the early 1600s, though the hall was once part of a larger manor house, remains of which are incorporated in a charming summerhouse in the grounds. 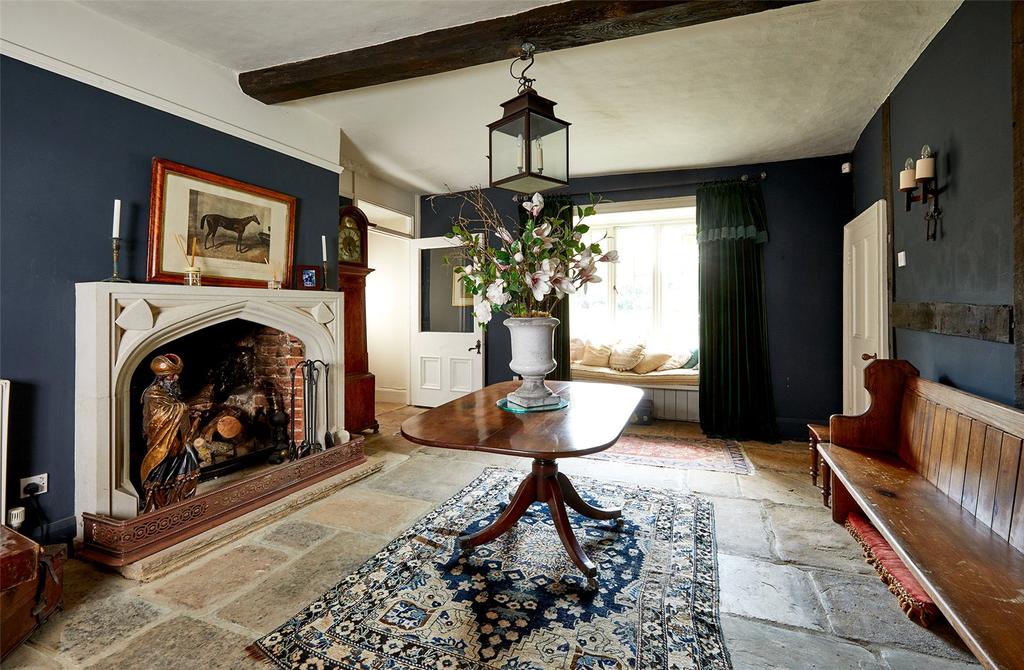 This house was owned by Catherine Parr, the sixth wife of Henry VIII; she may never have lived at Beachampton Hall, but the property was listed as part of her extensive dowry when she married the King. Queen Anne of Denmark certainly visited early in the 17th century, surveying the grounds from a balcony overlooking the river.

Over the centuries, influential owners of Beachampton Hall estate have included the Marquess of Salisbury, the Cecil family and a former Lord Mayor of London, whose crest is engraved on the window of the first-floor Great Chamber, now the drawing room.

Beachampton Hall is for sale via Savills at £3.5m — see more details and pictures.