As the property market in Bath booms, Penny Churchill takes at a house for sale that is certain to excite would-be buyers of beautiful Georgian homes.

On the day lockdown was lifted in June, the property market in Bath took off like a rocket and has been on a roll ever since, says James Mackenzie of Strutt & Parker’s Country Department. He cites the example of 23, Bathwick Hill, a grand, Grade II-listed Georgian villa with spectacular views over National Trust land, which had been on the market, on and off, for quite some time. ‘No sooner had we launched the house on the open market in early June, than three buyers immediately came forward, and after competitive bidding, it sold for £4.35 million,’ he reveals.

The Bathwick area of the city, on the opposite bank of the River Avon to the historic city centre, became part of Bath’s Georgian heartland with the 18th-century development of the Pulteney Estate and the building of Pulteney Bridge. There followed some of Bath’s most famous Georgian streets, among them Sydney Place, where numbers 1 to 12 — three-storey houses with mansard roofs designed by Thomas Baldwin — were built in about 1800; Jane Austen moved in when they were almost new, and lived at No 4 from 1801 to 1805.

The street continued to expand in subsequent years. Nos 93–103, Sydney Place is a Grade I-listed terrace of 11 grand symmetrical houses built in 1808–09 by John Pinch the Elder. According to its Historic England listing, ‘each three-bay house is set slightly lower than its northerly neighbour to produce an elegantly descending rhythm anchored to the cylindrical corner of No 103’. Distinguished early residents of the terrace, which overlooks the park and open space of Sydney Gardens, include Queen Charlotte, who lived at No 93 in 1817, and William IV, who lived at No 103. Today, a house a few doors down is up for sale: 99 Sydney Place, on the market at offers over £2.5 million via Strutt & Parker.

In November 1942, the Bath School of Art, under its long-serving head, Clifford Ellis, found a new home at 99–101, Sydney Place, following the destruction in a bombing raid of its former Green Park premises. In the mid 1980s, the art and design courses, by then of BA degree status, moved to Sion Hill, Bath, and the Sydney Place complex was put up for sale.

Following the rejection by Bath city council of a proposal to convert the historic buildings to 40 flats, the houses were offered for sale individually, with 99, Sydney Place being purchased in 1998 by the artists Jasper Rose and his wife, Jean, who had returned to England in 1986, following 25 years at the University of California, Santa Cruz, where Mr Rose taught history of art in his own inimitable, free-flowing style before retiring to paint full-time. At this point, he and his wife were living at Wingfield House, near Trowbridge, eight miles from Bath, and were looking to move when the School of Art buildings came onto the market.

It was probably no coincidence that the couple were drawn to 99, Sydney Place, for it was in that very building that Mrs Rose was interviewed by Ellis as a prospective student in the 1940s, before going on to Cambridge where she met her husband.

In 1998, they moved to Bath and set about renovating the house, painting the all-white walls and installing electricity. Otherwise, the building remained largely unaltered as its owners pursued their artistic careers. Interestingly, their sons, William and Inigo, have also established themselves as artists of international standing. 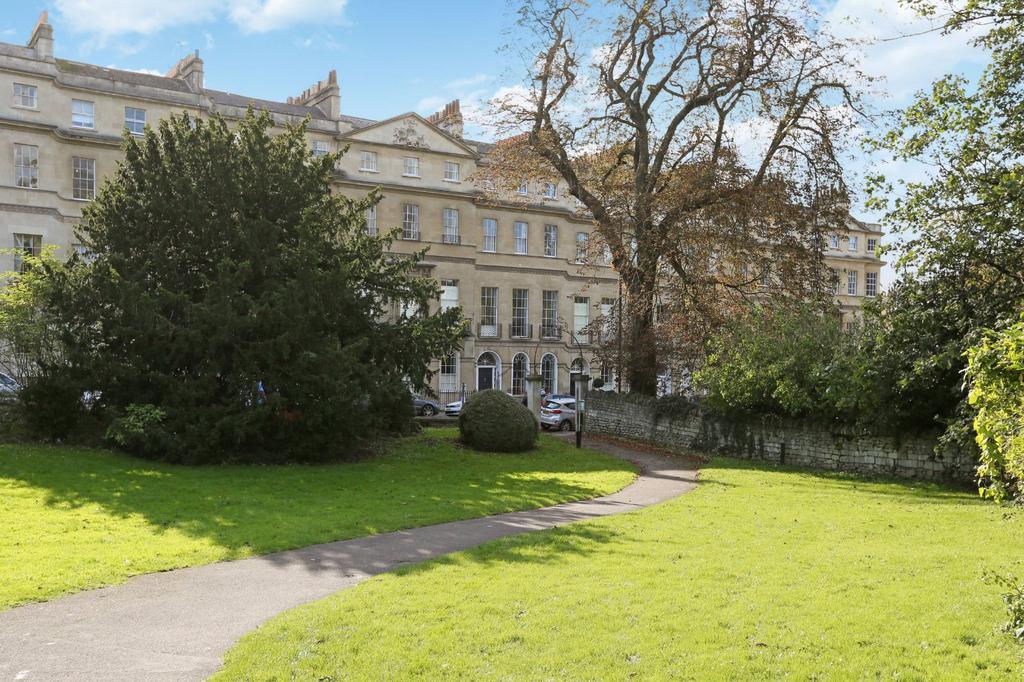 Jasper Rose passed away peacefully in June 2019, a few days after the closure of his remarkable ‘Portraits from Memory’ show at the UCSC, where 362 watercolour portraits, covering a time span of more than half a century, from 1934 to 1985, and painted entirely from memory, were exhibited. His widow, Jean, is now selling this house of many memories. 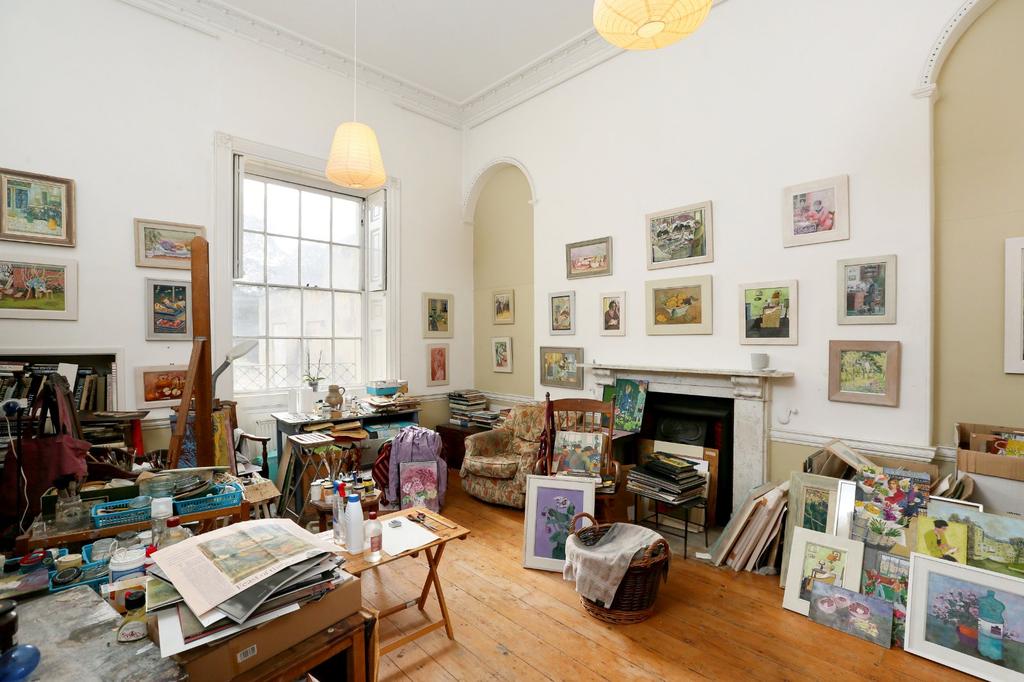 There’s no mistaking the artistic credentials of this uniquely unspoilt house, which offers 7,745sq ft of accommodation, including a library, dining room and kitchen/breakfast room on the ground floor; a drawing room and withdrawing room on the first floor.

There are five bedrooms, three bathrooms and two dressing rooms on the second and third floors. A sun room on the half-landing opens onto a roof terrace.

A private walled garden, reached from the kitchen/breakfast room, is enclosed by stone walls, and courtyards to the front and rear provide access to the vaults, with outside stairs leading to street level.

99 Sydney Place is on the market at offers over £2.5 million via via Strutt & Parker — see more pictures and details.

Get the lowdown on moving to Bath with our property guide