A Georgian home with superb rural location has come to the market in the form of Barton Hall. Penny Churchill takes a closer look.

The setting alone would be enough to make Grade II*-listed Barton Hall special. Located in a spectacular natural amphitheatre, it’s bounded to the north by Derbyshire’s Peak District National Park and to the west by romantic Dove Dale.

As beautiful as that landscape is, the hall itself is equally remarkable; the historic house and 168-acre estate are currently for sale through Knight Frank at a guide price of £5.5m.

The imposing, 18,925sq ft main house, built of ashlar and brick, with Georgian sash windows to the front and Tudor stone mullion and leaded light windows to the side and rear, sits in the middle of its parkland surrounded by beautifully laid out formal landscaped gardens, with its chapel and a Tudor courtyard of four converted cottages.

It offers elegant accommodation on three floors, including reception and inner halls, four fine reception rooms, an informal dining/breakfast room and a bespoke kitchen on the ground floor with cellars beneath. 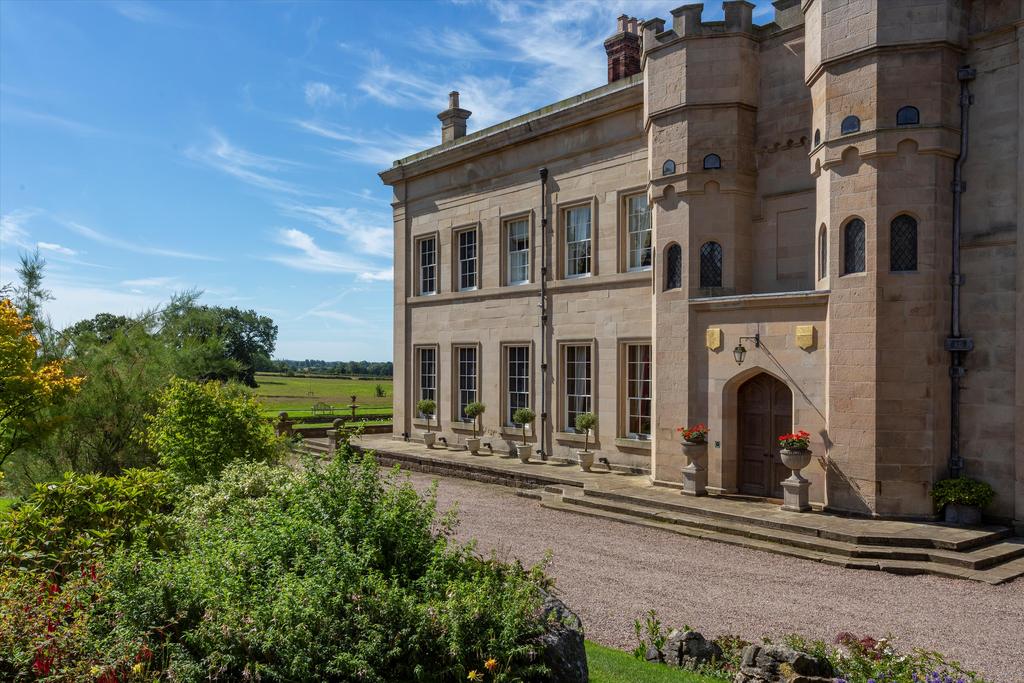 There are three bedroom suites, four further bedrooms, two bathrooms, a gym and a snooker room on the first floor; and a two-bedroom apartment, plus attic rooms, on the floor above. Accessed from the main staircase is a spectacular mezzanine sitting room, ideal for family or formal gatherings.

Beyond the main house, other estate buildings include the brick-built Engine Room (still with its original generator) now used for entertaining and garaging, and a bungalow leased with gallops and paddocks as part of the Barton Stables equestrian centre.

The remaining land, a mix of pasture, grazed by cattle and sheep, and arable farmed under a farm business tenancy, includes a small local shoot that allows the estate owner to shoot twice a month from October to January. There is also double-bank fishing on the Longford Brook nearby. 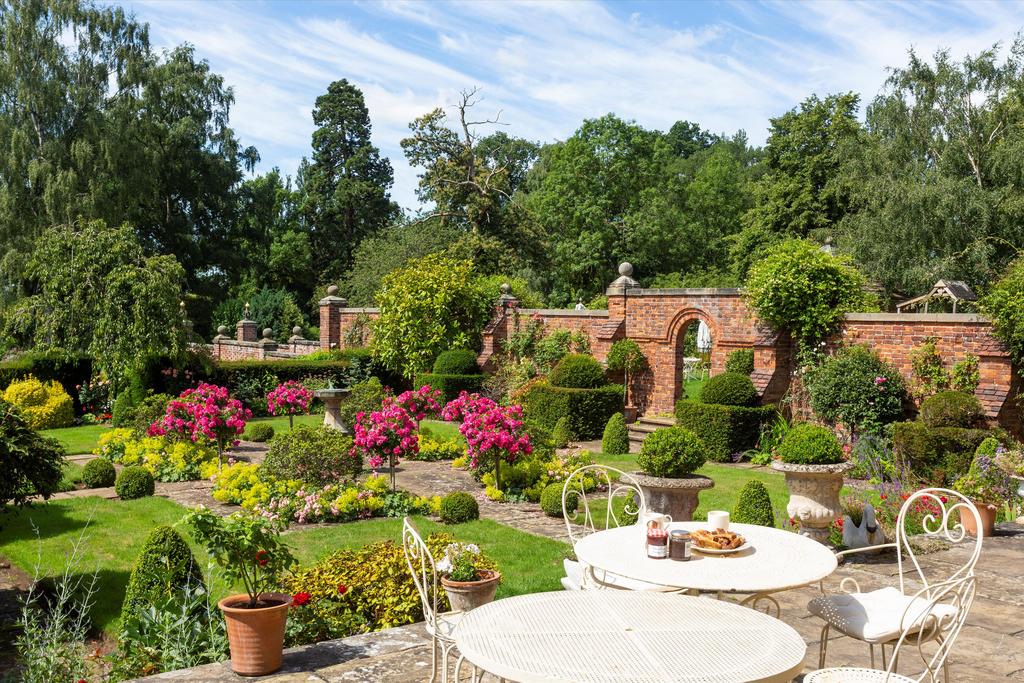 The property at Church Broughton, 11 miles from Derby, was the centrepiece of ‘one of central England’s finest residential estates’ when it came to the market through Humberts in 1994. Known then as the Barton Blount estate, it comprised the 18th-century hall, its magnificent gardens and 506 acres of land, including a let farm, a stud, gallops, pasture and woodland in a landscape little changed in a thousand years. The asking price was £2.75 million.

Known in the 13th century as Barton-Bakepuiz after the Norman family who held the manor at that time, the estate was renamed Barton Blount in 1381, when it was bought by Sir Walter Blount, together with other Bakepuiz estates in Derbyshire, Leicestershire and Hertfordshire.

Sometime after his death at the Battle of Shrewsbury in 1403, Barton Blount passed to his great-grandson, Walter, a successful courtier, scholar and patron of learning, who died in 1474 owning a total of 42 manors across six counties of England. A century later, James, 6th Baron Mountjoy, sold Barton Blount and other estates, having spent much of his family fortune in the pursuit of alchemy.

Barton Hall was built in the 15th century as a moated, semi-fortified manor house, substantially rebuilt in about 1800 — possibly by Thomas Gardner of Uttoxeter, a local architect well known for his Georgian country houses — and has 19th- and early-20th-century alterations.

Barton Hall and St Chad’s church once marked the centre of a medieval village abandoned in the 15th century, the remains of which are a scheduled monument located 340m north of the Hall, but no longer part of the estate. 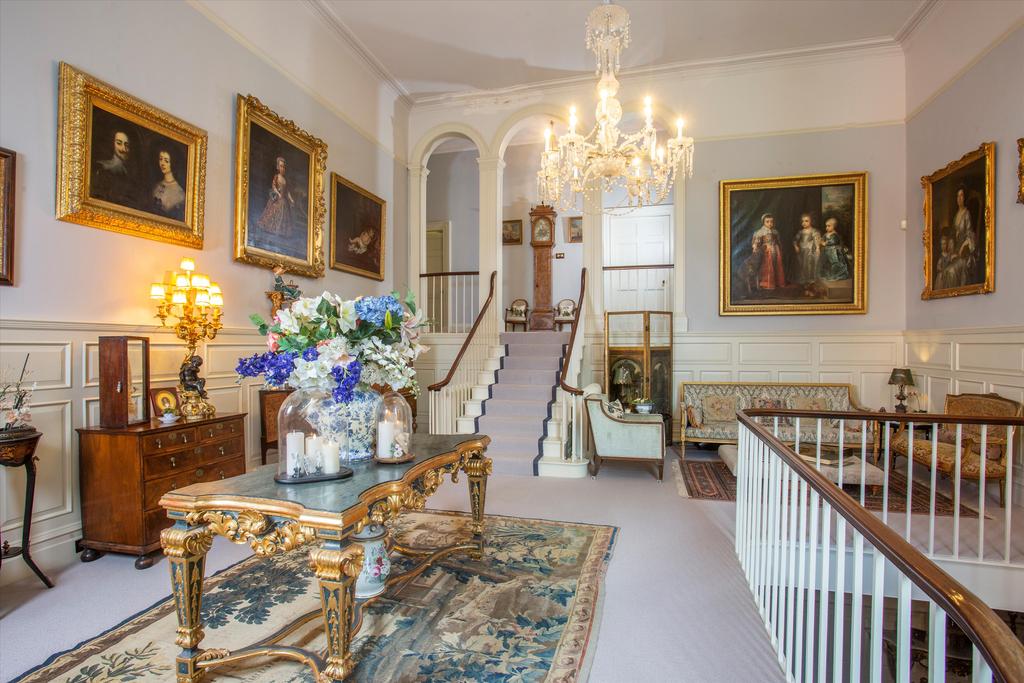 In the 19th century, Barton Hall was owned by the Bradshaw family and the parish of Barton Blount, in the heart of Meynell Hunt country, was a famed ‘resort of sportsmen’. As were many large houses in the area, the hall was often let to members of the gentry who came there to hunt and shoot.

Following the sale of Barton Blount in the 1990s, much of the land was sold off, until its present owner, a dynamic Midlands businessman, brought the hall and estate back to life. The impressive Georgian main house, its gardens, buildings and private, Grade II-listed St Chad’s chapel (rebuilt in 1845 using medieval masonry) now sit at the heart of a compact, well-organised estate.

Grade II*-listed Barton Hall is for sale through Knight Frank at a guide price of £5.5m — see more details and pictures.

Beautiful homes in England's biggest county, including a property that is up for sale for only the second time in