The Vine Farm is a beautiful Jacobean house full of potential, and commutable from London.

Properties aren’t sold off shelves, but if they were then country houses would have been flying off them over the past year and a half. Penny Churchill called it ‘a year like no other’ in her round-up of the biggest country house sales of 2021 a week or two ago, with some areas of the country seeing a four-fold increase in the number of £2m+ properties finding a buyer.

Yet finding that buyer isn’t always easy, especially when there’s land. For some, having a few dozen acres is a dream come true. Others, meanwhile, might love the house at the heart of a small estate, but are concerned at the thought of having to take on land. And if the latter is the case for too many prospective buyers, a bit of a rethink can be no bad thing.

That appears to be what’s happened with The Vine Farm in Northbourne, Kent, in a spot close to the coast at Deal and a short-ish drive from Canterbury. We first took a look at this house — for sale via Edward Church of Strutt & Parker’s Canterbury office — last summer when it was for sale at a guide price of £3.75m as a 49-acre small estate centred on a fine, Grade II*-listed Jacobean manor house, plus a Grade II-listed, 18th-century cottage.

Now, that main house is being sold separately, along with 7.4 acres, for £2 million. A further 29 acres of land is available separately — and the land has some intriguing possibilities, as we’ll come to later.

Approached over a gravel driveway from Northbourne village street, the house stands on high ground overlooking the garden. The best views are those seen from the rear of the house, where a large terrace looks south over lawns and a ha-ha to a wide avenue of trees. 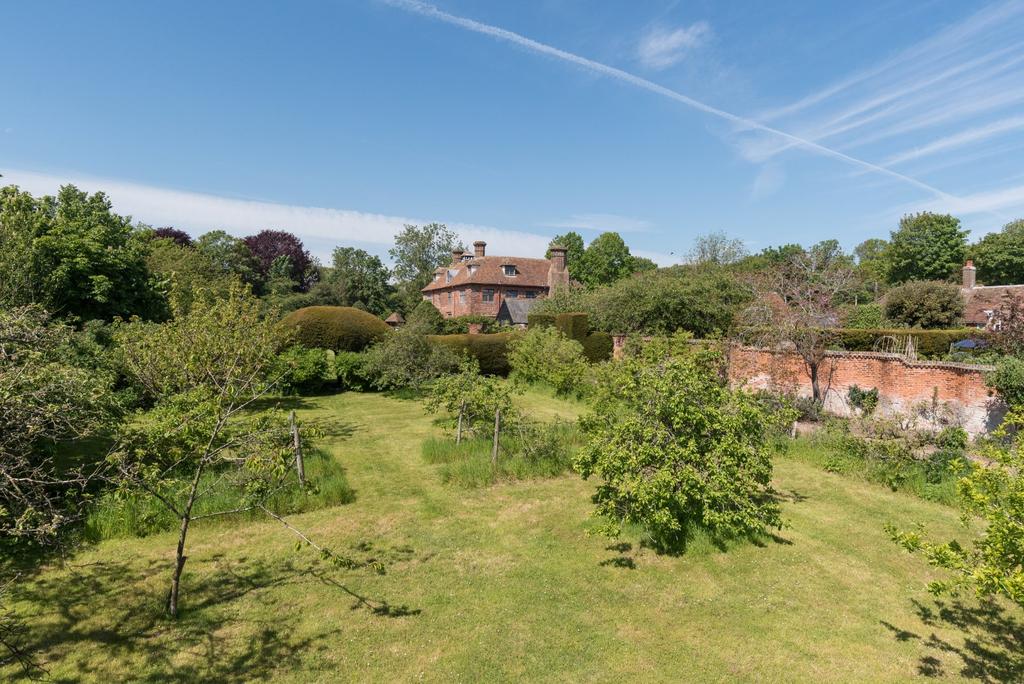 There are also other joys such as a small, recently-restored lake, and a part-walled garden accessed via an archway cut through yew hedging — the garden even has a ‘crinkle crankle’ wall . Beyond the garden are paddocks which make up much of the rest of the grounds.

The Jacobean main house is arranged in a classic E-shape and offers 5,344sq ft of accommodation on three floors. 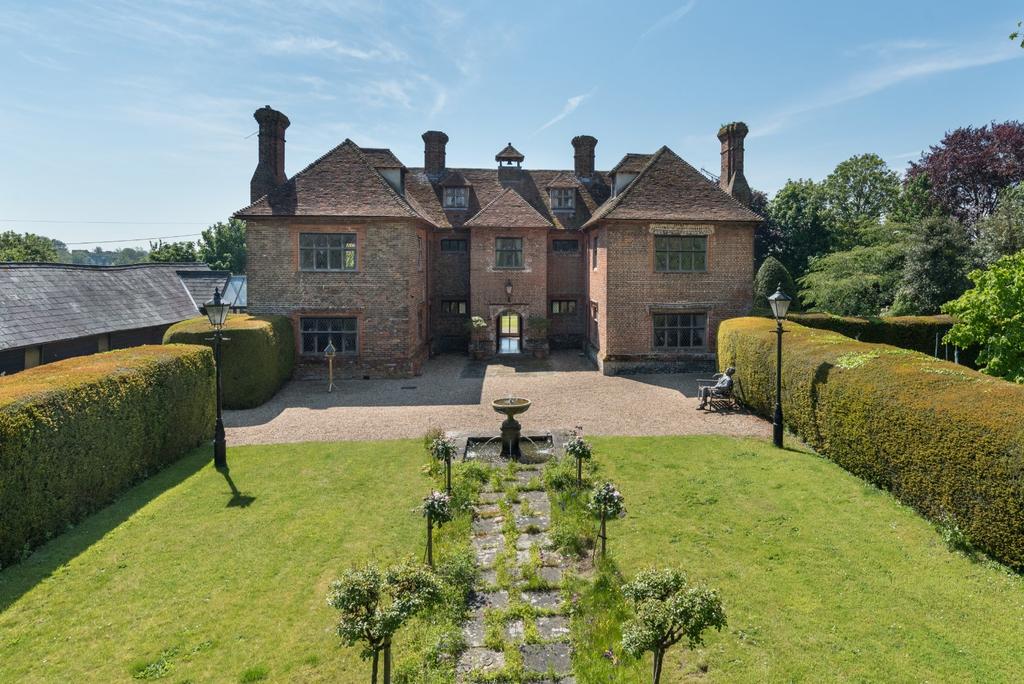 There is a porch and inner halls, four reception rooms, a kitchen, boot room and various utilities on the ground floor; seven bedrooms and four bath/shower rooms on the first floor. 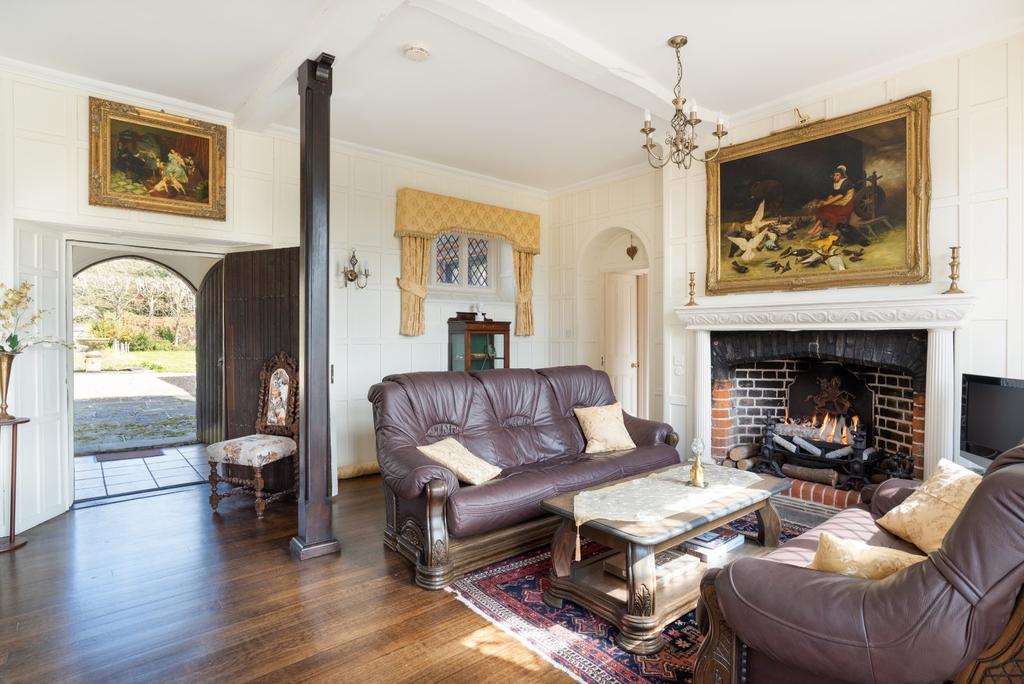 On the second floor are three further bedrooms and a bathroom plus the wonderful Cyclops room (once a nursery, now a sitting room) whose central round window has the best view of all over the surrounding countryside. 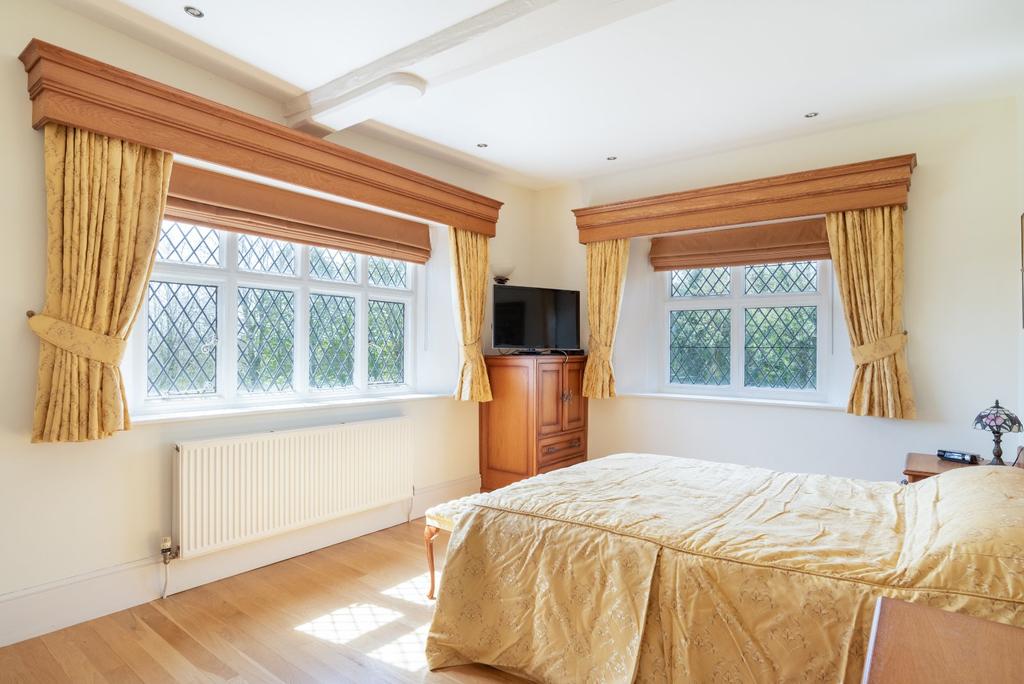 Is all that enough for your needs? After all, this is a wonderful country house that’s commutable to London, particularly in these days in which so many of us only venture into the office two or three days each week. From Deal the train takes one hour 23 minutes; not an ideal daily trip, but absolutely fine a few times a week.

But if you do want more of a project to take on? If so, then the 29 further acres may be of interest, particularly if you’ve ever thought about making your own wine. It’s pasture land, which is considered suitable for planting vines — and given the success of English-made wine (particularly bubbly) in recent years, that must be worth thinking about.

The Vine Farm at Northbourne is for sale at £2m with Strutt & Parker — see more details and pictures.

A beautiful home on Polly Botts Lane in Markfield, Leicestershire, for sale at £2.2m. Credit: Savills