Deemed to be ‘the first truly convincing essay in the international style in England’, Grade II*-listed High and Over, in Buckinghamshire, is a triumph of air and sunlight.

Ninety years after it was built, one of Britain’s most controversial and iconic country houses, Grade II*-listed High and Over at Amersham, Buckinghamshire, has come back to the market through Savills at a guide price of £2.5 million.

In all, High and Over offers 5,000sq ft of accommodation on three floors. On the ground floor are the grand reception rooms, which include a triple-aspect drawing room with fireplace, a triple-aspect library and a formal dining room.

A grand staircase leads to the upper floors, which house six bedrooms, plus two more that are currently used as dressing room and study. A 1,000sq ft roof terrace commands far-reaching views over Old Amersham to the Misbourne Valley.

The property, where the current owners have restored many of the original features, retains some 1.7 acres of its original grounds, with terraces and steps leading down to the circular swimming pool, lawns and a lightly wooded backdrop. 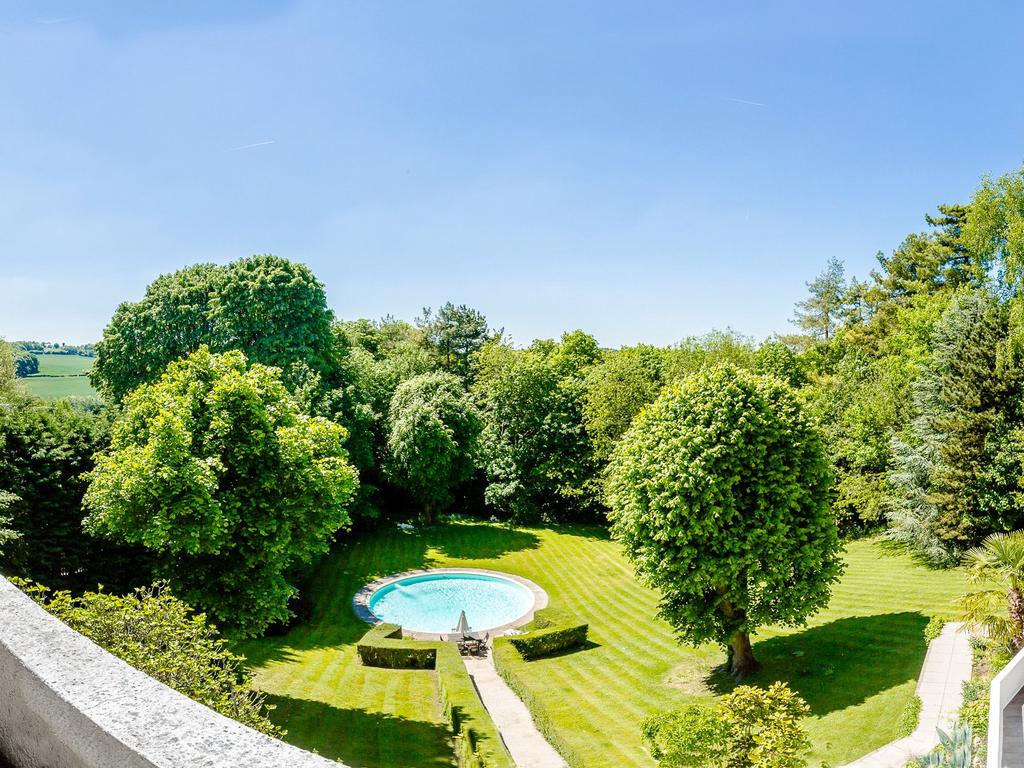 Ground-breaking for its time, the property wasn’t universally welcomed. Its Historic England listing describes the striking Y-shaped property — built in 1929–31 and known locally as the ‘Aeroplane House’ for its three wings leading off a hexagonal reception hall — as being ‘of outstanding importance as the first truly convincing essay in the international style in England, one of only two buildings included in The International Style Exhibition held at the Museum of Modern Art, New York, in 1932’. 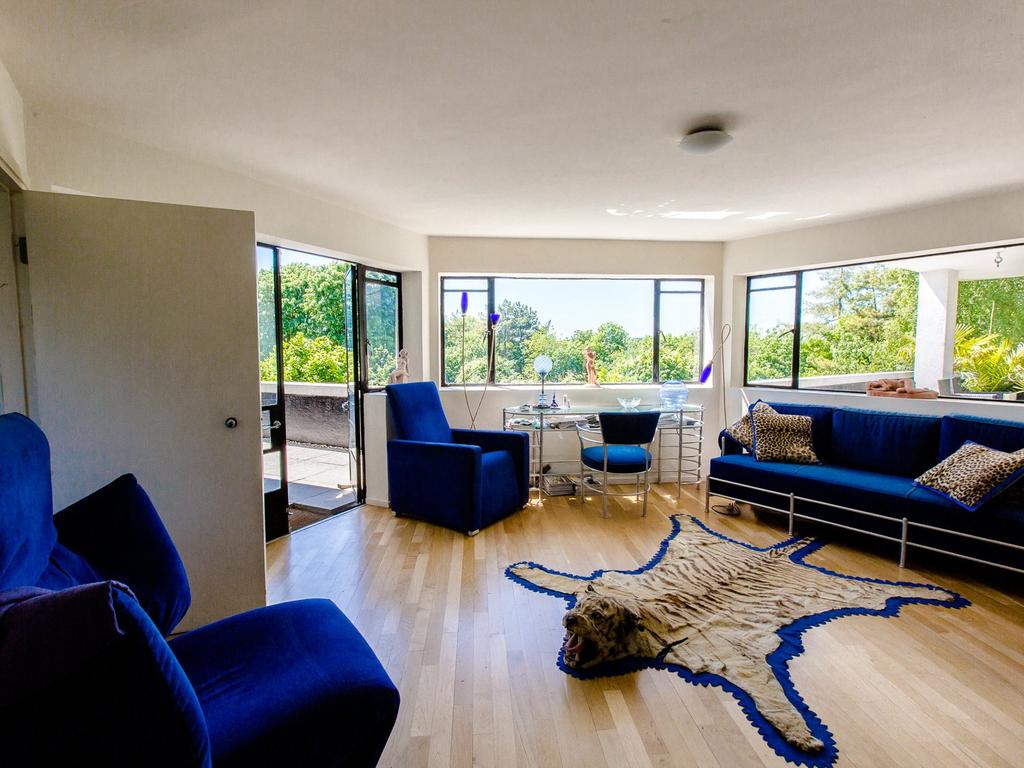 Back home, the reaction was less enthusiastic. Sir John Betjeman commented: ‘In 1931 all Buckinghamshire was scandalised by the appearance, high above Amersham, of a concrete house in the shape of a letter “Y”. It was built for a young professor, by a young architect… It started a style called moderne.’

The professor was Bernard Ashmole, of Classical Archaeology at London University, and the architect was Amyas Connell, who won the prestigious Rome Scholarship; he later became part of the pioneering architectural practice of Connell, Ward & Lucas. 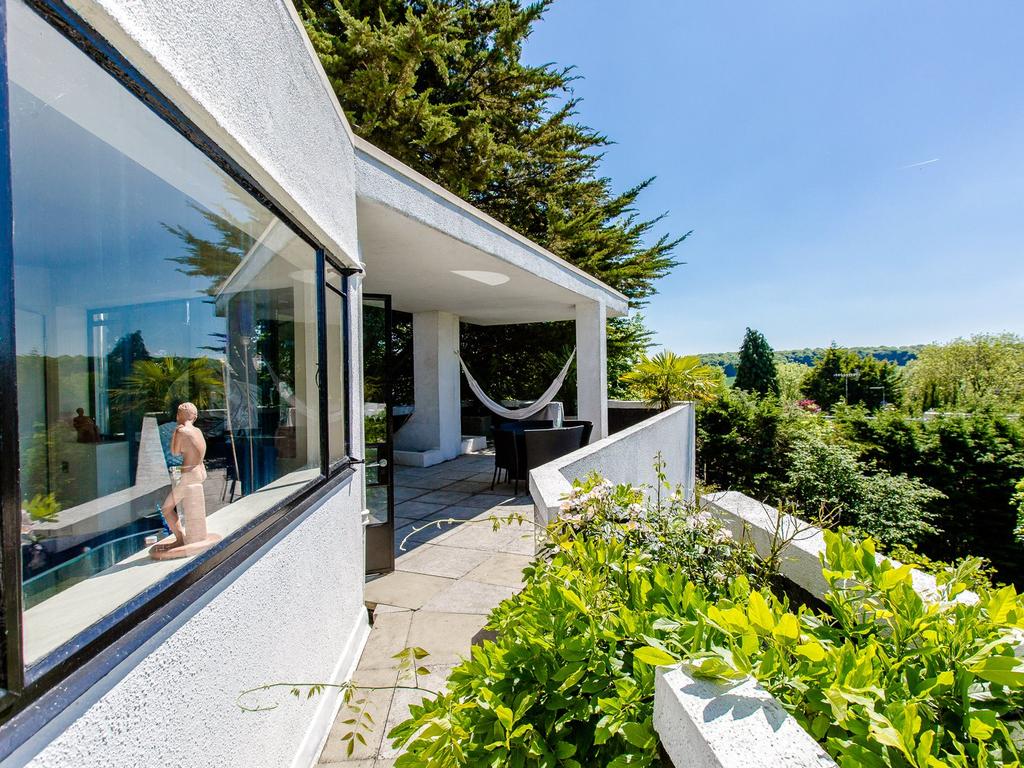 Although England wasn’t quite ready for ‘moderne’ and plans for the house were passed by the local authority only ‘with extreme reluctance’, (Country Life, September 19, 1931) took the opposing stance, hailing High and Over as ‘sound and stimulating architecture, a brilliant synthesis of contemporary thought with contemporary materials’.

The article continues: ‘There is nothing in its clean level lines nor in its whiteness that does not harmonise with the rolling chalk uplands. It does, in fact, conform carefully to the contours of the site. It makes no pretence to having grown out of the soil but says frankly “I am the home of a 20th-century family that loves air and sunlight and open country”.’ 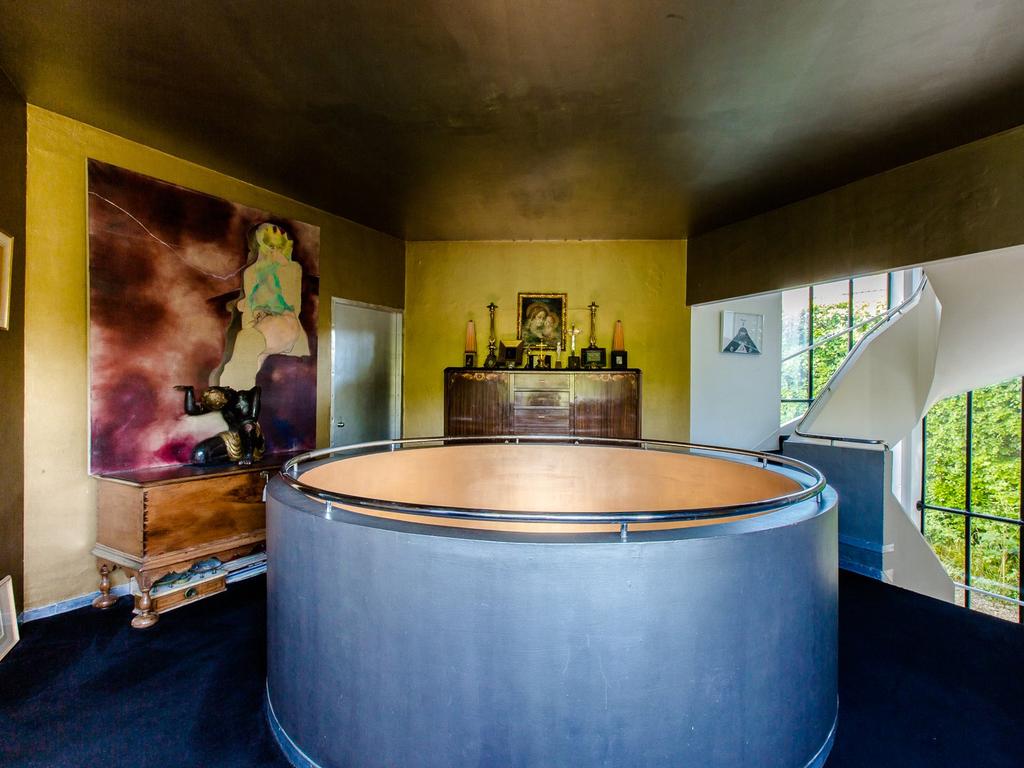 Connell planned a formal garden for the estate. Instead, in 1993, the lower part of the 12-acre site was sold and a series of smaller, but similar ‘Sun Houses’ were built to the design of Basil Ward, Connell’s partner and brother- in-law. The main house was later sold by the Ashmole family.

After the Second World War, buildings designed by the pioneers of Modern architecture were no longer fashionable and few could afford to live in the grand manner. In the 1960s, High and Over was saved from demolition by being divided into two separate houses, but was reinstated as one dwelling in the 1990s. 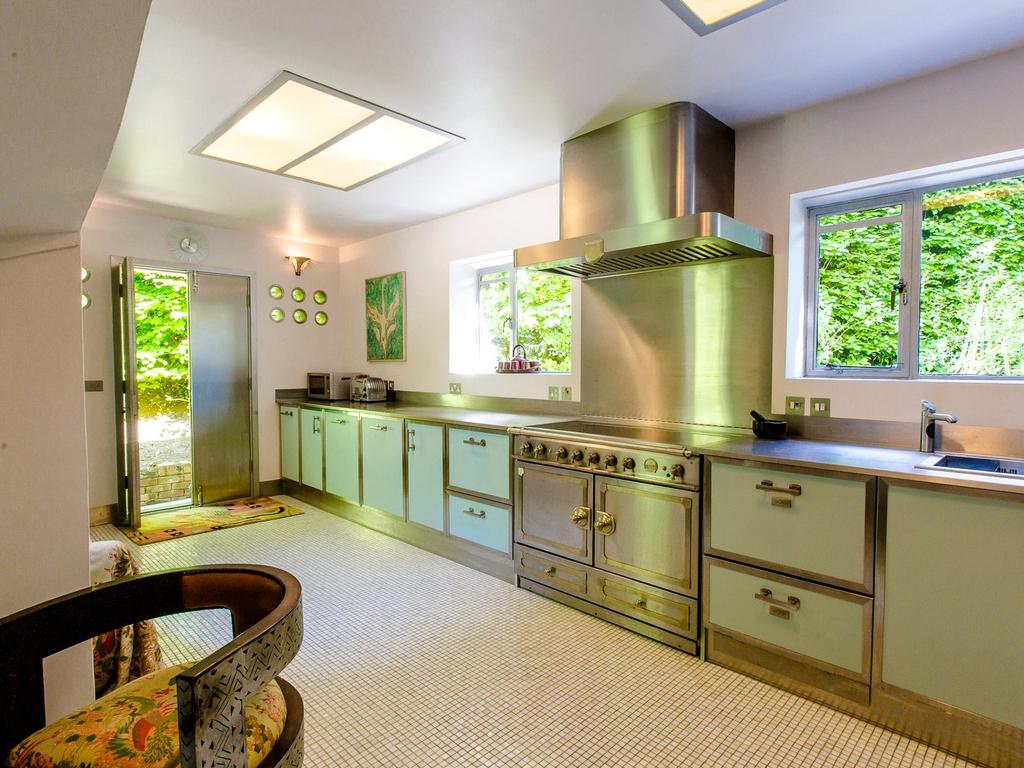 The use of the landmark building as a film set for period dramas such as the ‘Poirot’ series provides a useful income from time to time. Another bonus is the planning consent granted in April 2018 for the replacement of the garage by a single-storey annexe, ideal as a home office or studio.

Families looking for ‘air, sunlight and open country’, allied to the grace and space of early-20th-century architecture, can find it all in favoured corners of the Home Counties.

High and Over is for sale at £2.5 million via Savills — see more pictures or enquire with the agent for further details.

Amersham: What you need to know