White Cliff is a spectacular home for sale in Devon which — like Country Life — is 125 years old this year. Penny Churchill takes a look.

The white cliffs of Beer in east Devon, at the western end of the 95-mile long Jurassic Coast, shelter the vast sweep of Lyme Bay from the prevailing westerlies and create a natural sun trap for the picturesque fishing village.

Since 1897 they’ve also been the site of the house we look at today, originally known as Cliffe House. It was acquired soon after it was built be Leopold Greville, 5th Earl of Warwick, who died there in January 1924. Now impeccably renovated by its current owners, who bought it in 2010, secluded White Cliff, set in four acres of beautifully landscaped gardens, comes to the market at a guide price of £4.95 million through Knight Frank and Savills. 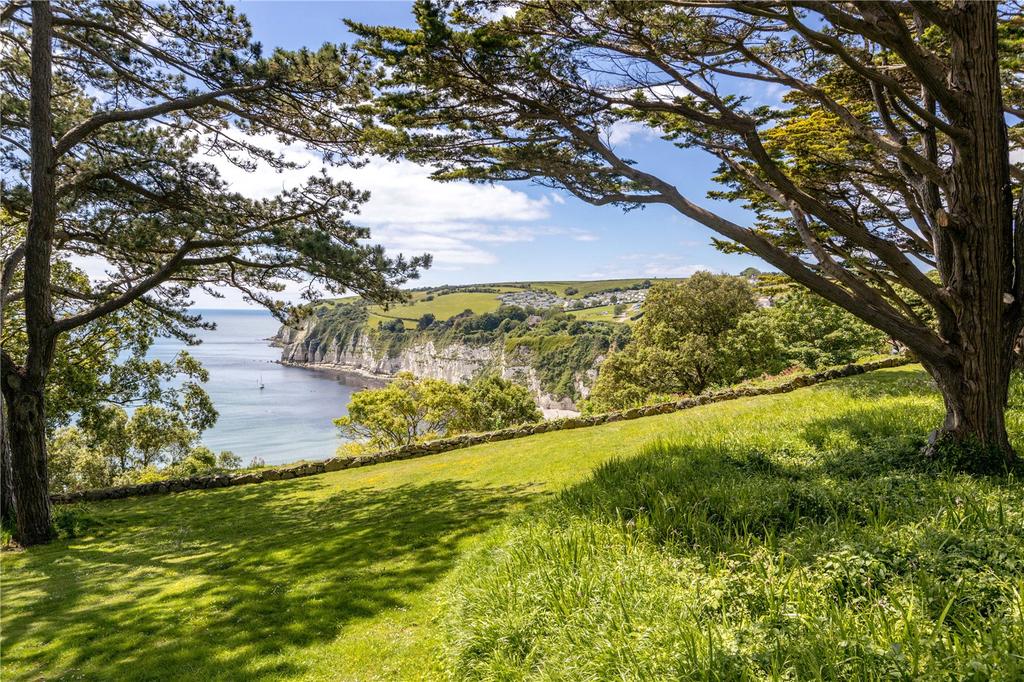 The cliffs of the area have  provided high-quality limestone and flint used locally to build solid family homes designed to withstand anything that wind and weather throws at them. Beer stone even has a reputation further afield: renowned for ease of carving, it was used in the construction of the cathedrals of Exeter and Winchester, as well as that of Westminster Abbey and Windsor Castle. 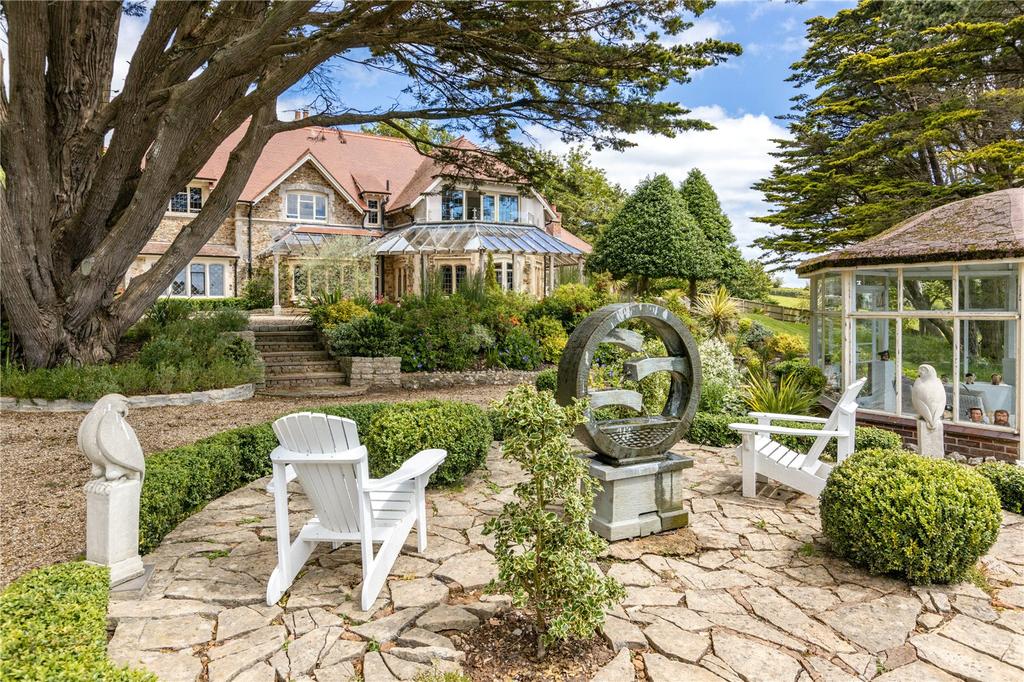 For centuries, much of the land around Beer has been owned by the Clinton family, one of England’s oldest baronies, created in 1299, and still Devon’s biggest private landowner with 25,000 acres owned and managed across three separate estates.

In the late 1800s, a successful collaboration between the Clinton Devon estates and the architect and artist David Carr, of the Carr’s biscuit family of Carlisle, saw the construction of a number of impressive Arts-and-Crafts houses in and around Beer, including the architect’s own house, built of the local stone and flint in 1890. 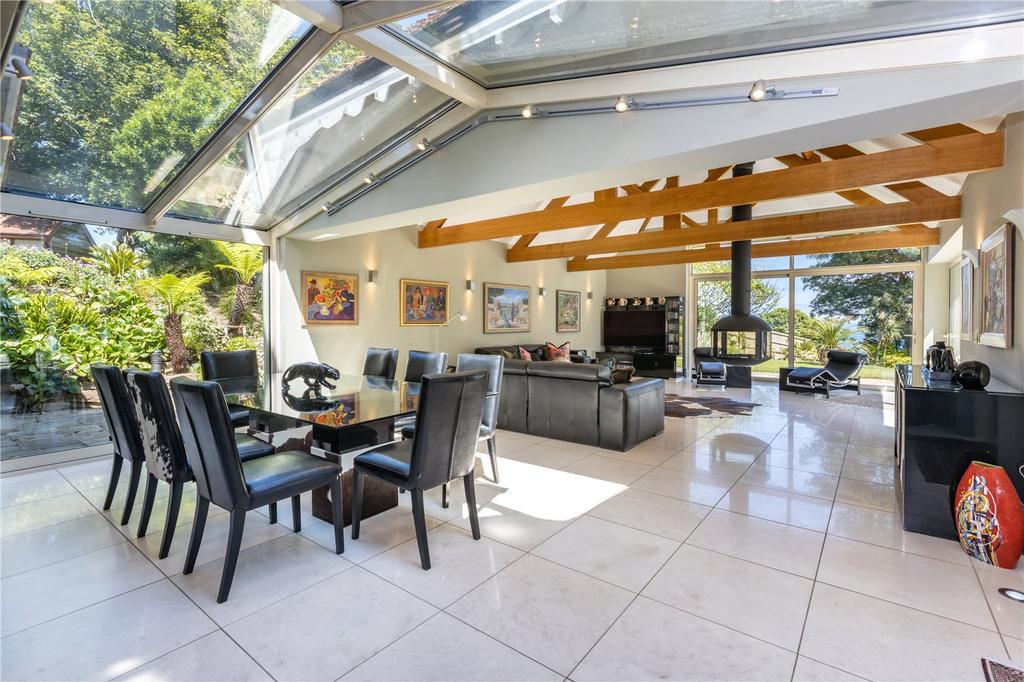 Many of the houses designed and built by Carr were bought as holiday homes by members of the gentry or captains of industry, who were drawn to the area by its mild climate and spectacular sea views. One of Carr’s finest creations was White Cliff, constructed on a wooded clifftop site overlooking Beer village with unbroken views across Lyme Bay. 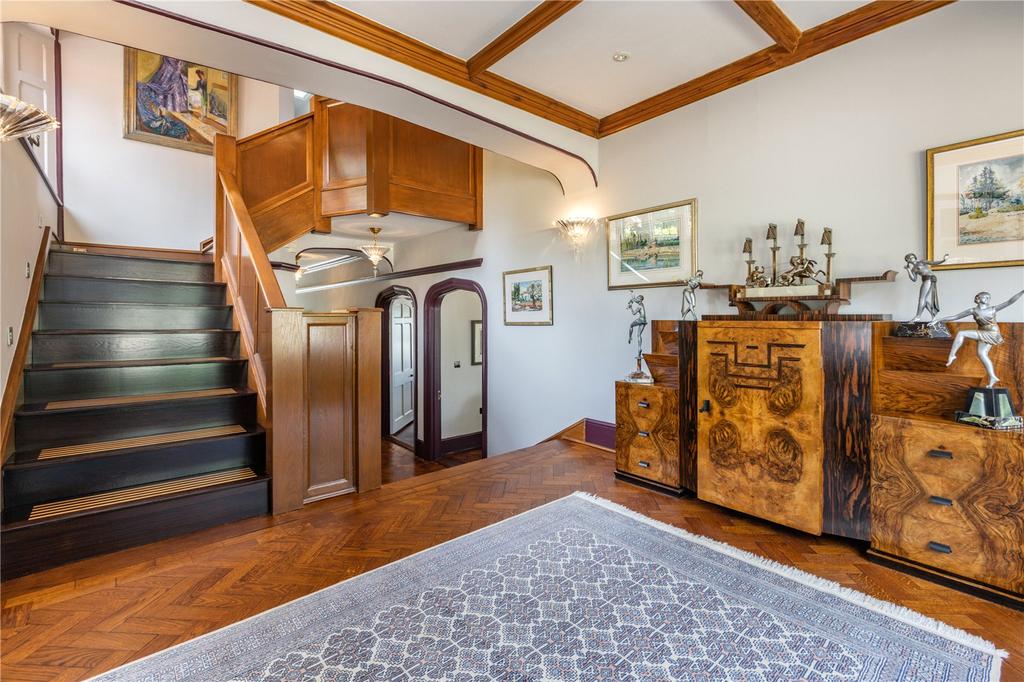 Built of stone, with its original Beer-stone mullioned windows a distinctive feature, White Cliff has been the subject of an inspirational refurbishment initiated by the previous owners in 2004, which incorporates many charming Arts-and-Crafts elements, such as working fireplaces, concealed radiators and the intricately carved drawing-room ceiling. 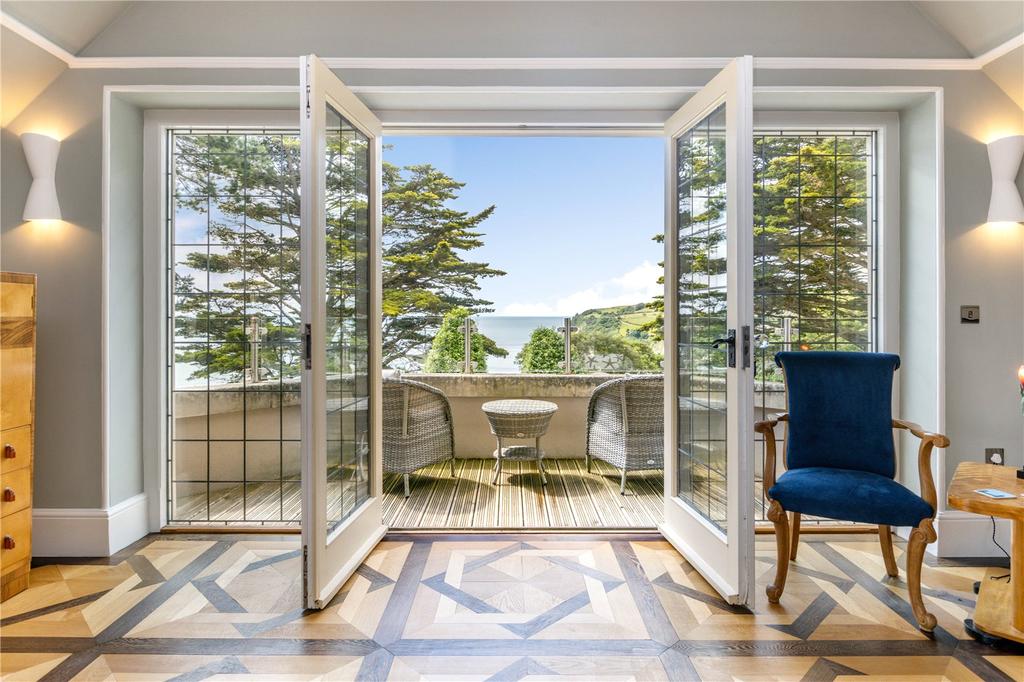 The reception hall with its original oak parquet floor connects the entire ground floor to the open-plan kitchen/dining/living room, which flows seamlessly to the terrace outside. 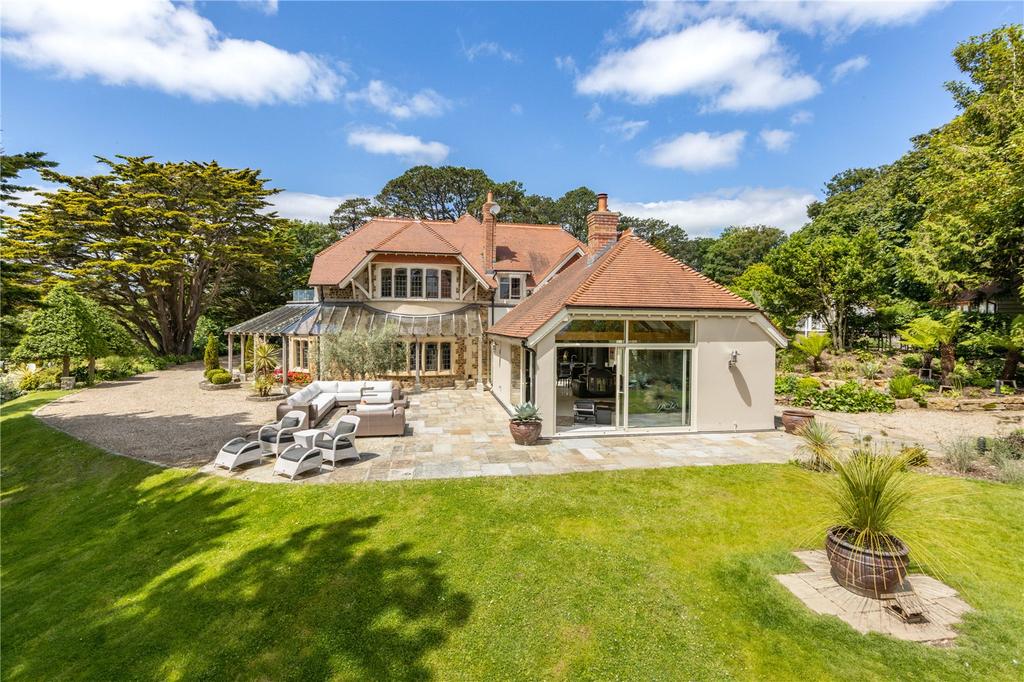 The floors are a striking element throughout the house, notably in the drawing room, with its bespoke European oak and porcelain, and the first-floor bedroom suites, where three types of wood — exotic African Wenge, maple and lightly smoked oak — have been used underfoot. 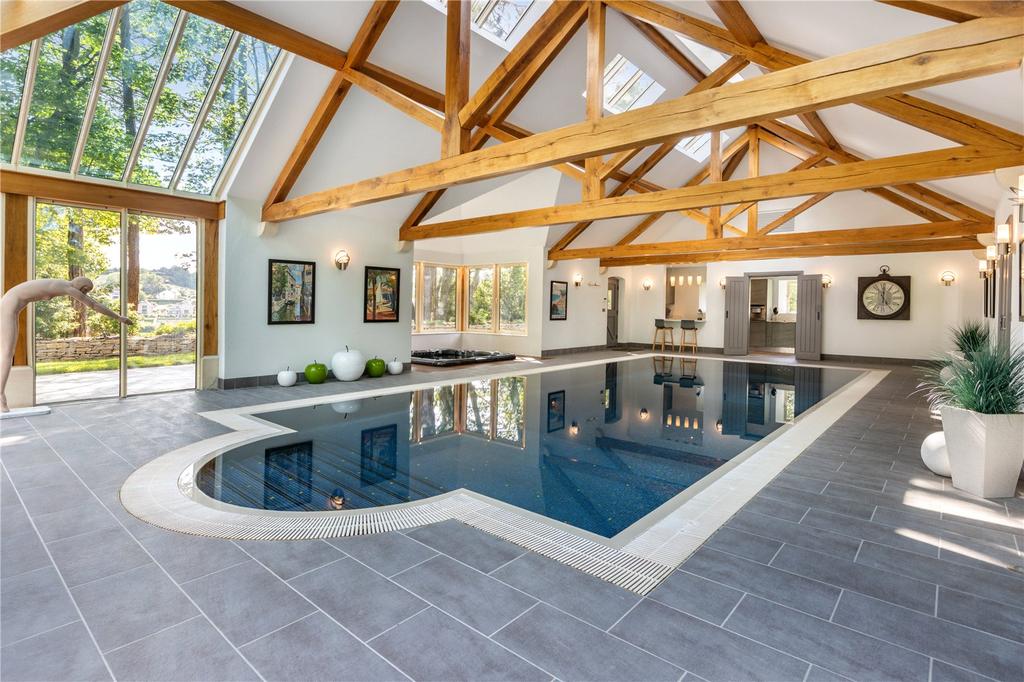 In all, White Cliff offers 4,800sq ft of light-filled living space, including an indoor pool and a sunken hot tub, thoughtfully positioned to take in the views over Beer and beyond.

For sale at £4.95 million through Knight Frank and Savills — see more details and images.