Trending:
The magnificent 25, Royal Crescent, in Bath is listed Grade I Credit: Savills

Buyers have the rare opportunity to buy a magnificent, Grade I-listed townhouse on Bath's Royal Crescent — one of the few that remain in private, single ownership

Bath’s Royal Crescent is one of the most famous streets in the world, so the arrival on the market of a property for sale in this incomparable spot is always a big event. And the excitement is all the greater when the property in question is one of the small handful of complete townhouses in single private ownership.

That’s the case with 25, Royal Crescent, which has just been launched onto the market via Savills with a guide price of £6.5 million. 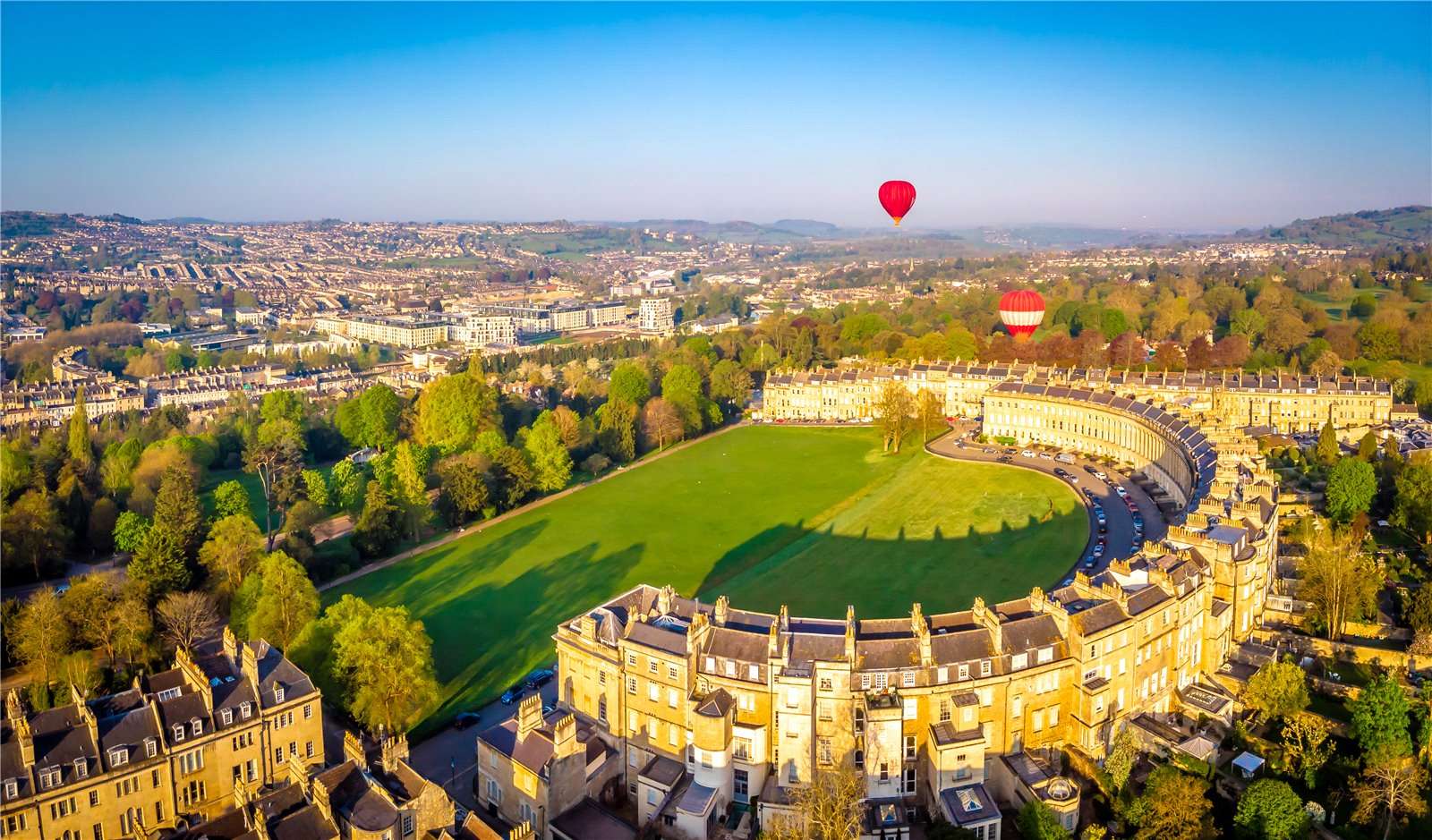 The present owners, who bought the property in 2004, have re-configured and refurbished the main house, which offers some 6,145 sq ft of well-proportioned living space on five floors.

At ground-floor level, a grand reception hall leads to the main staircase, the garden room and the spectacular kitchen/breakfast room — a rarity in such buildings, where the kitchen is usually located in the basement, as selling agent Luke Brady points out. From here, a door leads directly into the formal dining room at the rear of the house.

Of particular note are the first-floor drawing rooms, which boast full-length sash windows with views over the crescent’s lawns. The second floor houses the luxurious master suite, a study and a laundry room, and the top floor, which also has good ceiling heights, provides four further bedrooms, a bathroom and a shower room. A cinema room and a gym are located on the lower ground floor.

The original coach house behind the main house has been cleverly converted to a three-bedroom, three-bathroom annexe with a large kitchen/reception room and independent access from Crescent Lane. The complex includes a double garage and a gated courtyard for off-road parking, with the original stables providing additional parking and outbuildings.

Immediately behind the house is a raised terrace, with steps leading down to a lawn flanked by stone pathways and herbaceous borders. Beyond this, a ha-ha prevents animals grazing the parkland below from straying onto the more formal garden areas.

PR pic ok to use

The Royal Crescent was the first crescent of terraced houses ever constructed in England. Designed by John Wood the Elder, it was built by his son, John Wood the Younger, who became Bath’s principal architect following his father’s death in 1754.

Between 1767 and 1775, Wood created the 500ft-long curved façade with its 114 Ionic columns. An ingenious sales concept allowed each original purchaser to buy a length of the façade and commission his own architect to build a house behind it to his own specification — thus what may appear to be two houses is occasionally only one. 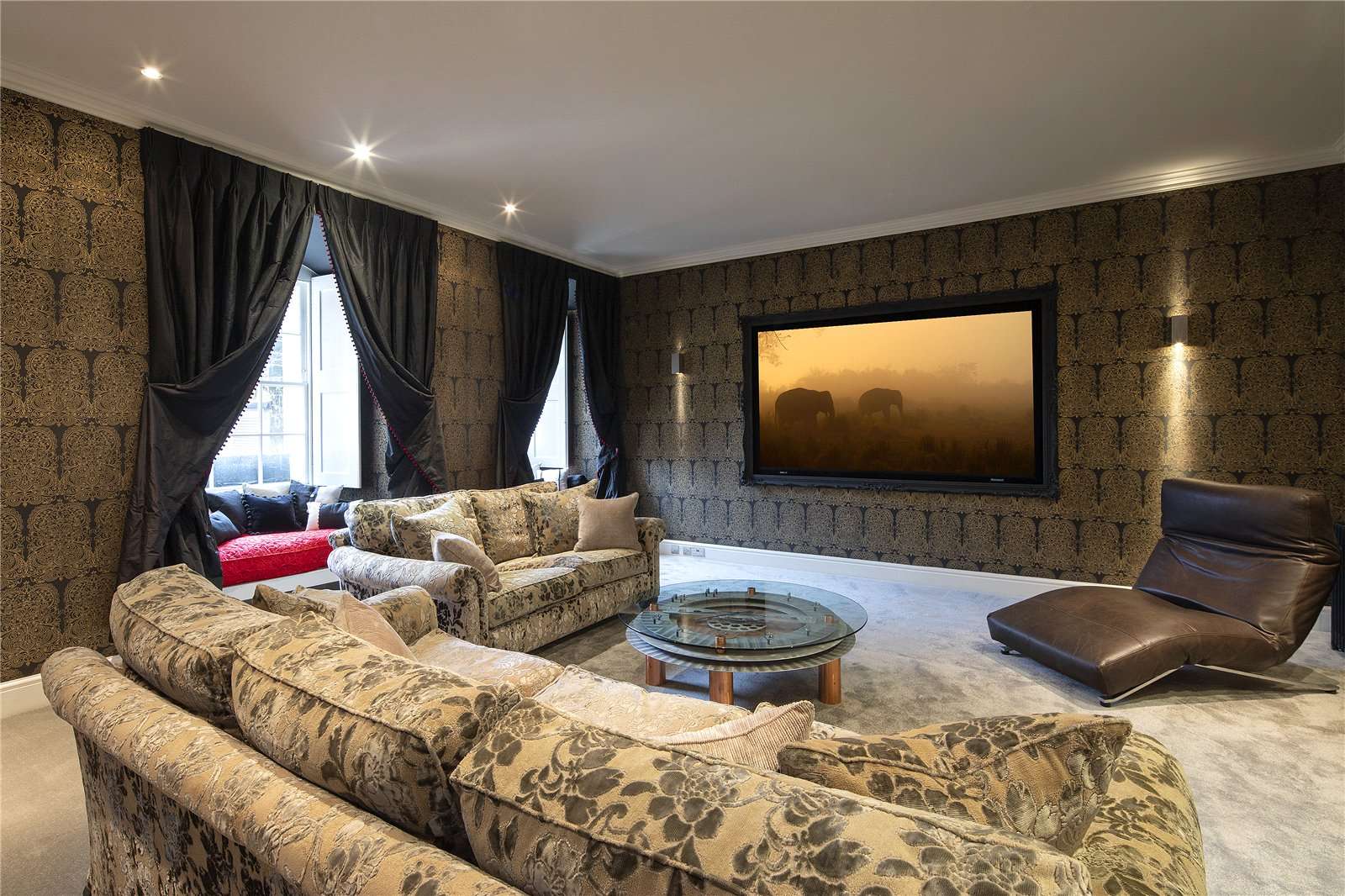 This novel approach to town planning, which contrasts an imposing, uniform, front façade with a mix of differing roof heights and fenestration at the rear — irreverently described as ‘Queen Anne fronts and Mary-Anne backs’ — can be found in developments throughout Bath.

After the Second World War, many houses in the Royal Crescent that had been lived in by single families were divided into flats or offices. Nevertheless, the tradition of distinguished gentlefolk retiring to the crescent continued, although, from time to time, disputes arose between residents and the local authorities.

In the 1970s, one resident painted her front door yellow instead of the traditional white, whereupon Bath City Council issued a notice insisting that the door be repainted. A court case ensued, which resulted in the Secretary of State for the Environment declaring that the door could remain yellow.

More recently, after years of complaints from residents that loud commentary from tour guides on open-top buses was making their lives intolerable, the council finally banned coaches and buses from the crescent, where once again the sheep may safely graze.

25 Royal Crescent is for sale via Savills at £6.5m — for more information and pictures, visit the Savills website.

Sir William Playfair's Donaldson's is one of Edinburgh's great buildings, and was once mooted as a home for the Scottish Parliament. It's not a rather superb place to live. Credit: City & Country via OnTheMarket

If you're after the grandeur of stately home living without the maintenance headaches of managing your own little estate, these