Turrets, carved stone fireplaces and wood-panelled walls abound at the extraordinary Auchendennan House, a castle near Glasgow that's on the market with virtual tours available for interested parties.

Lockdown — in all its various guises — has been a real struggle for many of us, and the absurdities surrounding the new rules don’t seem to be helping much. As of this Thursday, for example, I’d be allowed to take my children to a theatre packed with hundreds of strangers, or stand queuing in a crowded shop, but they’re not allowed to have a playdate with a friend who they’re already spending all week with at school.

For all that it’s hard to deny that we shouldn’t all do what we can to keep safe, and for those who are moving house at the moment the advent of the virtual tour has been a godsend.

It’s not so much that you can now buy a house entirely remotely — though we’ve heard stories this year of exactly that, even in the £5 million-plus bracket. It’s more that you can whittle your shortlist down more effectively, and only view in person those places which you’re truly serious about buying.

The virtual tour tech — if you’re not sure how it works, we have a piece here which explains more — has been around for a few years, but has become more important than ever, and property portal OnTheMarket have collected a list of the most-virtually-viewed houses on the market during these last few locked-down weeks. Top of the list is an idyllic Welsh cottage in need of a bit of TLC, but it was the third property down the list which caught our eye: the sumptuous and grand Auchendennan House in Alexandria, Dunbartonshire.

This four-storey, 15-bedroom castle — for sale with Strutt & Parker via OnTheMarket — is set in 55 acres of The Trossachs, a few hundred yards from the south-west bank of Loch Lomond, and it’s a sandstone marvel that’s as striking a home as you could hope to find. 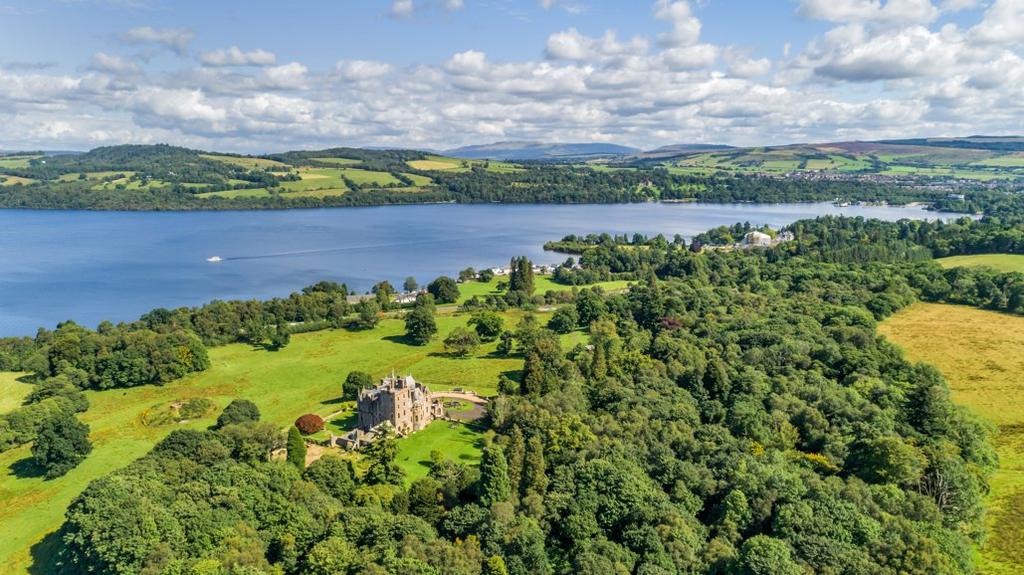 The grand architecture on the outside is just the start of a place that’s full of fascinating details within, starting with the main hallway. A huge, carved stone fireplace and black-and-white chessboard tiled floor greet you upon entry before you move through into a grand space full of carved wooden details on the walls and ceilings, with a galleried landing and a skylight above making a real statement.

There are turrets and oak panels, balconies and spiral staircases, original flooring, wallpaper and plasterwork, stained glass windows and archways… in short, it’s not hard to see why people have been using the Strutt & Parker virtual tour.

The house was commissioned in 1866, built on the site of an earlier Italianate mansion, and designed by Jon Burnet from for a Glasgow-based merchant named George Martin.

A later owner, William Chrystal, made more changes in the early 20th century, with Alexander Nisbet Paterson designing the new areas — including the Porte Cochere — and no less a figure than Charles Rennie Mackintosh designing the library.

More recent years have also seen work done, with a full refurbishment having been carried out and modern touches added.

One of the ground floor reception rooms currently serves as a gym, for example, while there is also an office, workshops and an electric car charging point that is very much a 21st century touch.

The work that has been done is clearly something of a labour of love for the present owner, who’s been here seven years.

Outside the grounds include gardens, parkland and woodland, including a field used to keep a small herd of Highland Cattle. 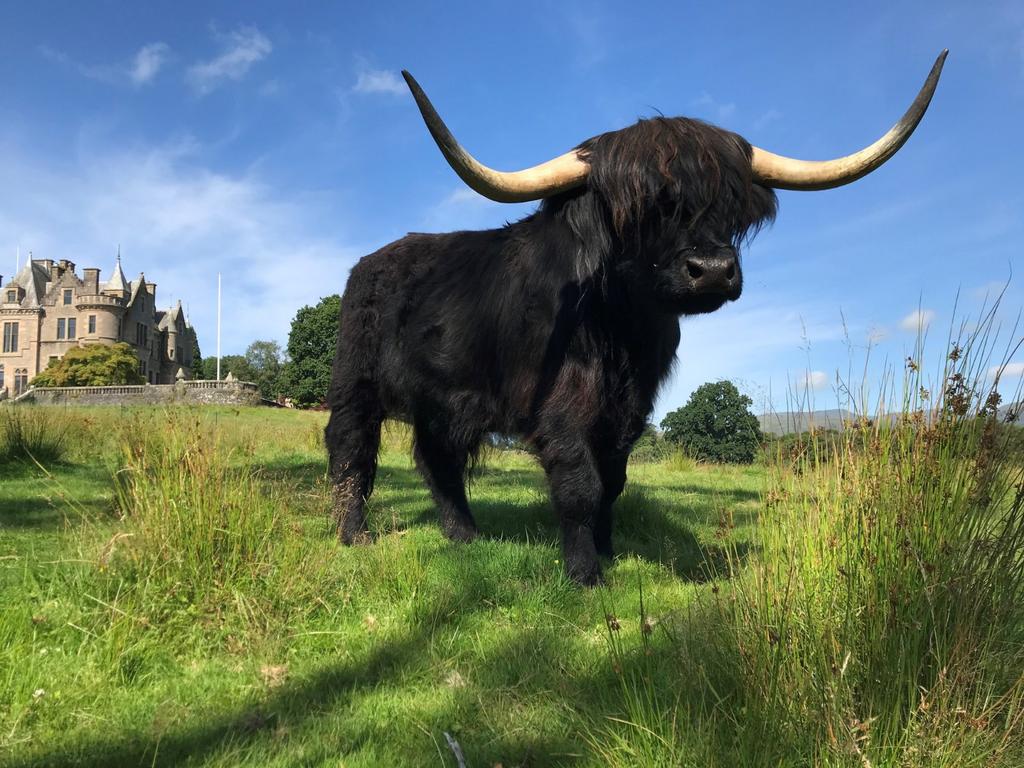 There are also the wonderful views of Ben Lomond and Loch Lomond itself, while the villages of Balloch and Luss — the latter the site of the famed Loch Lomond Golf Course — are three and five miles away respectively.

Glasgow itself is barely much further — the owners say that you can be in the city (or at the airport) in half an hour, opening up all manner of possibilities for those who want a base but still need easy access around the world.

Auchendennan House is for sale at offers over £3.75m with Strutt & Parker via OnTheMarket — see more details and pictures.