Tawstock Castle was originally built as a folly, a feature in the grounds to be grand, beautiful and raise a smile. It's still that, but it's also now a comfortable family home.

The sight of a fine folly, beautifully executed, is one of the joys of a journey through Britain. There are faux ruins, gingerbread houses and even — in one marvellous case — an enormous pineapple, in the unforgettable form of the Dunmore orangery.

Folly-mania was at its height in the 18th century, and that is where the example on this page dates to. Tawstock Castle was originally built in the 18th century as a hilltop folly on the Wrey Estate. It was then known simply as The Tower — the name under which it’s still listed by Historic England — rather than ‘Tawstock Castle’, but it seems to have earned its rather grander, later title thanks to a 1980s extension (all built in local stone) which expanded the footprint and turned a folly into a house.

It has changed hands a few times since then, but the present owners — Nigel Wilson and his partner Lorna Curwen — have had the keys since the mid-2000s. Now, however, they are selling up, and the castle is for sale through Stags via OnTheMarket.com.

The heart of the house is a huge reception room — 35ft by 20ft — which takes up almost the whole of one floor, with a kitchen tucked into one of the towers in the corner.

The floor above is split into two more rooms, both en-suite, while further bedrooms are tucked in at the tops of the towers.

The outside of the place speaks for itself, but inside the castle is a lovely surprise: ‘It’s a warm property, very cosy,’ says Nigel. ‘There are no spiders running around in draughty corners.’ 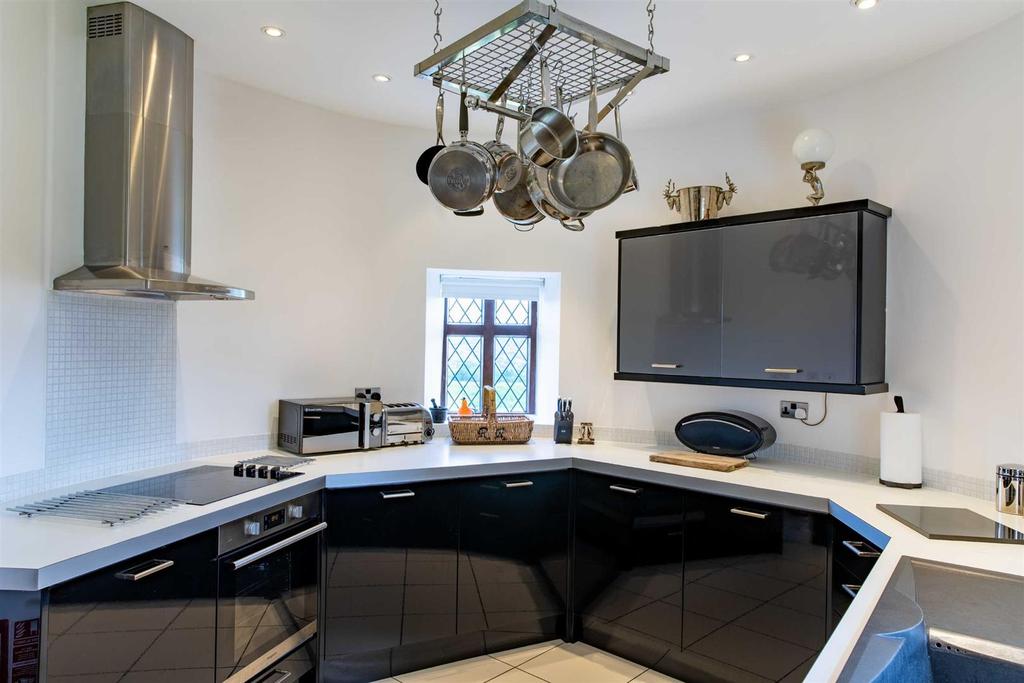 Nigel first came across the castle while on holiday in the area with his family back in 2005. He ended up buying the place, which has been used as a holiday home ever since for him, his partner and his five sons — and it’s not hard to imagine the fun that a quintet of boys must have had spending their summer holidays in a place which looks like it’s a discarded film set from Ivanhoe. There are even four-poster beds in some of the rooms to complete the look. 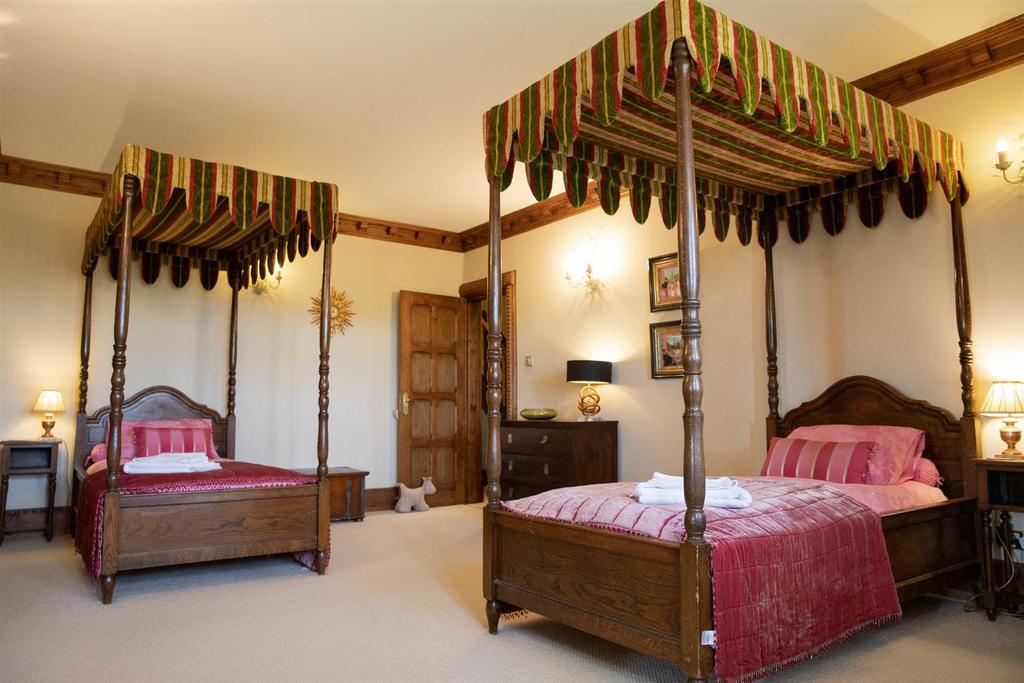 ‘It looks every bit the castle, though it’s not quite Windsor!’ says Nigel. 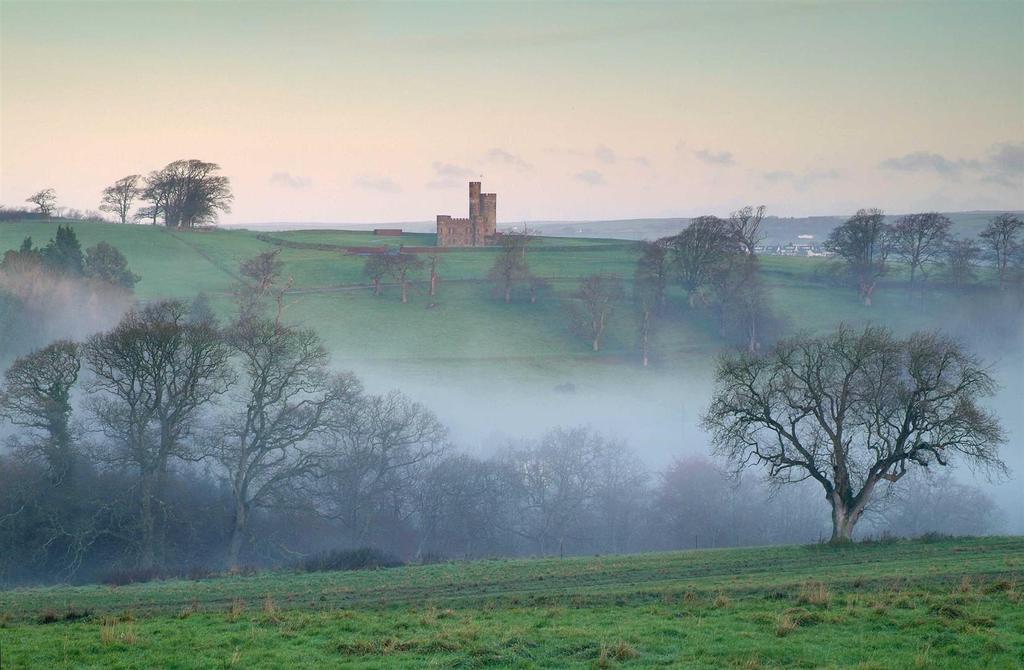 ‘When I first saw it I thought it was so quirky and I wanted to buy it. The thing that struck me is how it sits so majestically on top of the hill by virtue of it being built as a folly lookout tower. 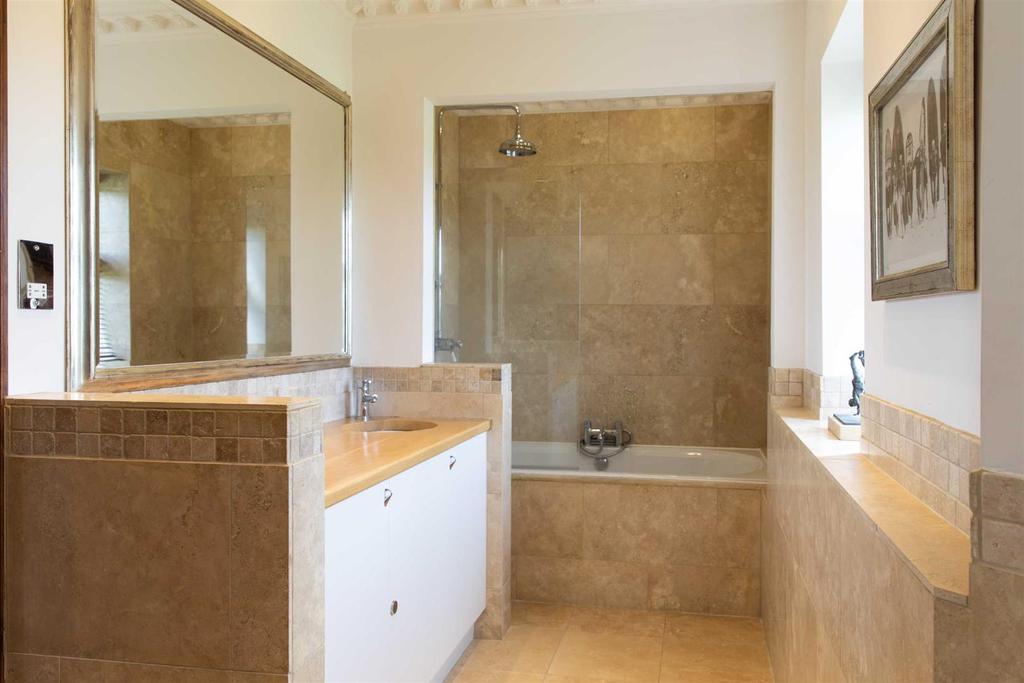 ‘The property is so unique, it was a once in a lifetime opportunity to purchase something so special.. I don’t think there’s anywhere like it.’

Tawstock Castle is for sale through Stags via OnTheMarket.com — see more details and pictures.

The Dalquharran Estate in Ayrshire offers a quite unbelievable opportunity: a pair of castles set in 260 acres of land

Deep in the glens of Tweedsmuir Hills, Blackhouse Estate boasts almost 800 acres of forestry and a completely self-sustaining country