Last year, Ribbesford House — a vast castle in Worcestershire with 20 bedrooms, 20,000 sq ft of space and eight acres of land — caused a stir when it came to the market with a price tag of £500,000. Here's what happened next.

The sale of Ribbesford House last year was a true property fantasy. A chance to buy a magnificent castle, complete with octagonal towers, endless bedrooms and a rich history, all at the price of a three-bedroom semi in the suburbs.

And while there was clearly a lot of work to be done, much of the place didn’t seem to be too bad on the face of it. ‘It’s a grand and impressive Grade II*-listed home which has seen many additions and alterations, but fundamentally retains much of its character,’ we wrote at the time. 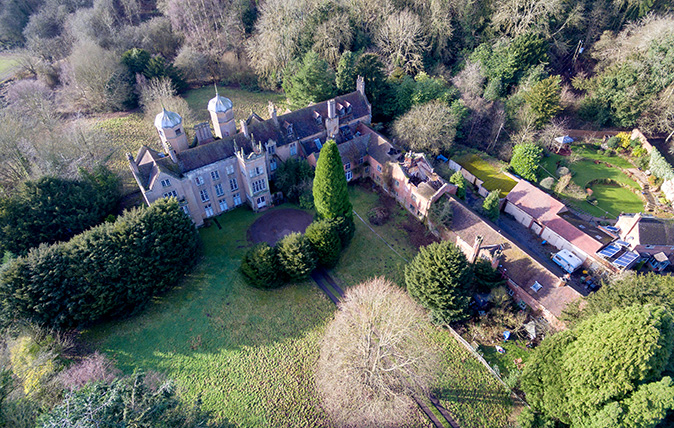 ‘The Herbert coat of arms is even carved in stone into one of the walls…. The architecture is wonderfully grand, inside and out: the octagonal towers can’t help but remind you of the Tower of London… 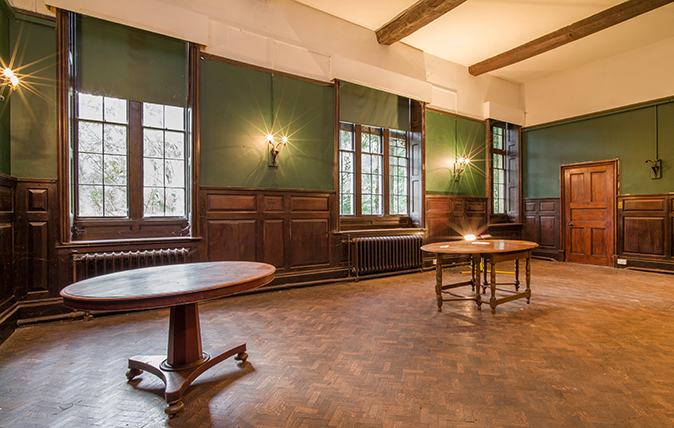 ‘Many original features – including many beautiful windows and wall panelling – still survive. The carved staircase, dating back to the 19th century, is particularly fine.’

So what happened next? 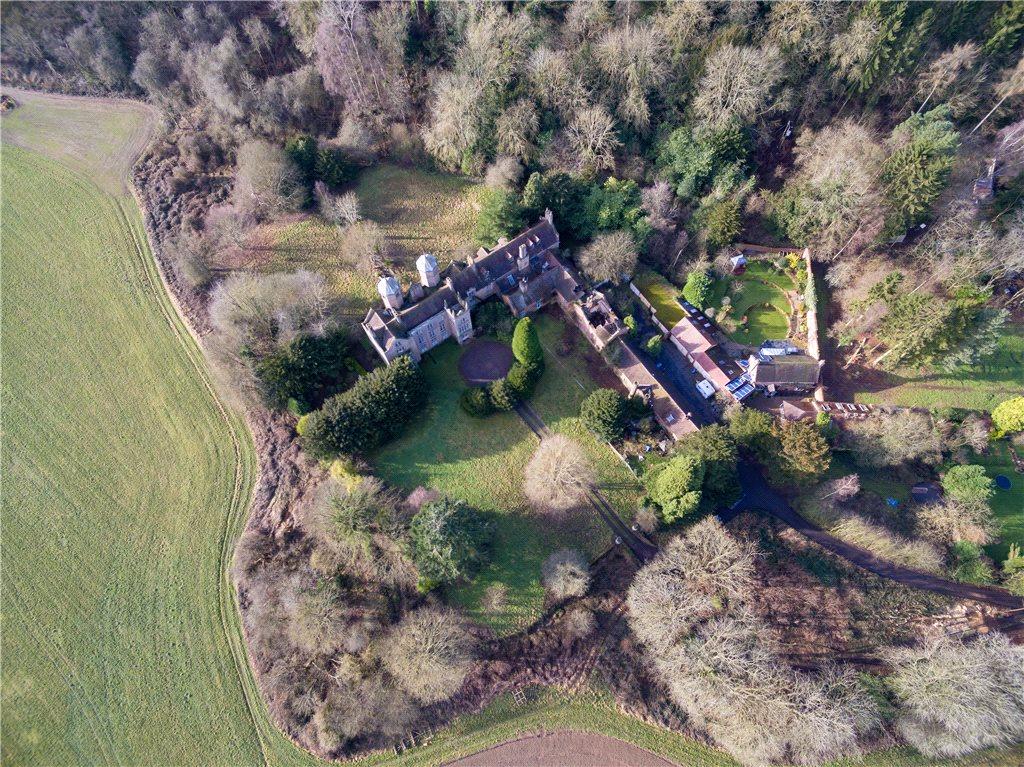 Well, the castle went up for sale via auction through Andrew Grant and was bought by a pair of young property entrepreneurs, Samuel and Russell Leeds. And while the guide price had been £500,000, the huge interest in the place meant that the final hammer price crept up to £800,000.

It might even have been more than that: the brothers were originally outbid, but the auction winner had to pull out of the sale a day later.

At the time, the brothers were determined to restore the place to its former glory. ‘We are highly conscious of its history and the importance of preserving the building,’ Russell said shortly after the auction last year. ‘It has immense character and we intend to return it to its heyday. I love old buildings and love them to stay.’

The brothers originally estimated £1 million for the work that needed to be done to a castle which had previously been split into apartments. That budget soon went out of the window, however.

‘We knew it was in a dire condition and most of the past year has been about stabilising the property and conducting a string of reports on it,’ says Sam.’

‘We’ve now been told it will take at least £2m to restore it to the best possible standard. We are happy to spend that much on a building of this magnitude.’

The Leeds brothers brought in a an experienced chartered surveyor, Adrian Walsh, to look at the place. The news wasn’t good: Ribbesford proved to be in the condition was the worst he had ever seen in a listed building.

‘It’s taken 12 months just to fully assess it. Every imaginable problem an old building could have is present – the full A-Z of issues,’ explains Mr Walsh.

‘The scale of what is involved is unbelievable. I’ve seen properties in a poor state of repair, but absolutely nothing to this extent.’

Previous owners had split Ribbesford into 12 flats, one of which had collapsed onto the ground floor.

‘We couldn’t even find flat six and flat seven had literally fallen down in a gale,’ said Adrian. ‘We spent £120,000 alone on securing that.’

Making the ground floor safe also proved to be a slow and meticulous job. A crane was brought in for a week to help carefully remove the debris.

‘We spent an entire month lifting out the debris and analysing it so that we could salvage roof trusses, tiles and bricks for re-use in the renovation.’

The aim now is to get the main section of the house wind and watertight by Christmas. In addition to the work on the huge roof, this will include external masonry being replaced, reinforced and painted. Once that’s done, the brothers will convert the interior into 12 apartments, while a pair of cottages within the grounds will become holiday homes.

‘Obviously we have looked at all of this from an investment point of view, but I can assure everyone that we are doing things properly and systematically,’ adds Sam.

‘We are acutely aware of our responsibilities as custodians of an historic national treasure. That’s why we are conducting the renovation in such a meticulous way. We are not holding back on our budget and will spend at least £2m on this. We still think it will prove to be a fantastic investment for us, but it is a labour of love too as it is incredibly satisfying to be able to restore a jewel of a building to an incredibly high standard.’ 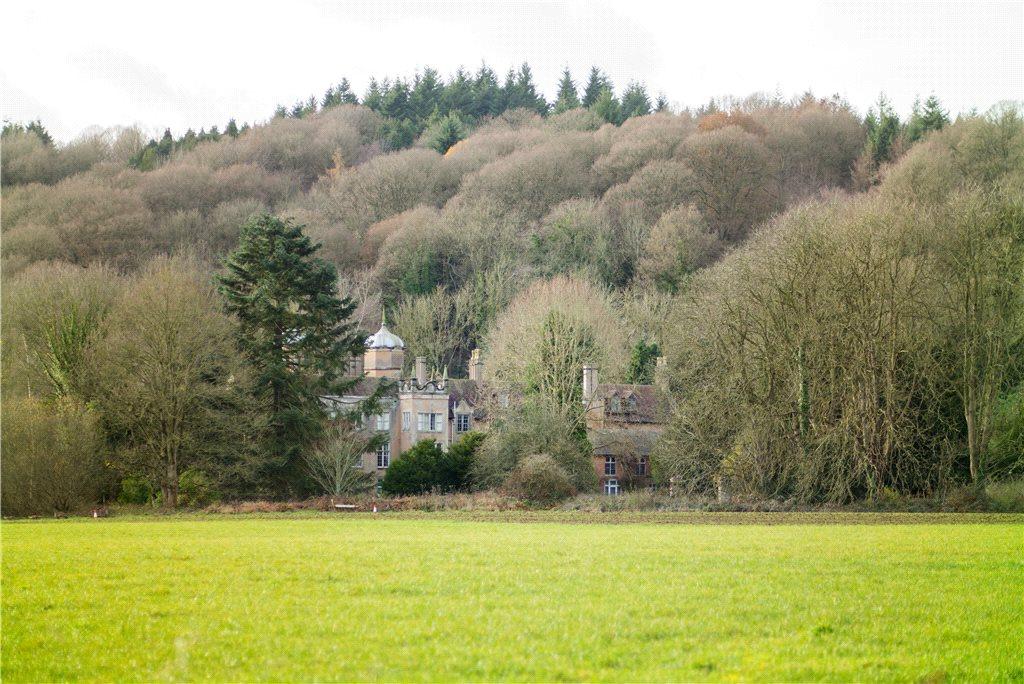 ‘We know people care about Ribbesford House and we care too,’ Sam continues. ‘In the end we will have brought an historic home back from an appalling condition. This is a place that has been visited by former Prime Minister Stanley Baldwin, who was born in Bewdley, and his cousin Rudyard Kipling. We believe we are doing something extremely worthwhile.’

Ribbesford House is a 16th century castle in Worcestershire up for auction with a guide price of just £500,000 – but

St Peters Church in Bishop Auckland will need an owner with courage and vision, but this building could become something