Trending:
South Utsire - a name from the Shipping Forecast - is just as romantic a spot as you'd imagine Credit: Alamy

The Shipping Forecast was first broadcast 150 years ago, on August 24 1867. It has been saving seafarers' lives and (since moving from the telegraph to the BBC in 1924) entrancing radio listeners for generations. Kate Green and Tim Richardson investigate its peculiarly romantic poetry and magic.

These poetically encoded words will catapult anyone who listens to (or grew up listening to) Radio 4 into an abstracted reverie. ‘There are warnings of gales in Viking, Dogger… Sole, Lundy, Fastnet… Malin, Hebrides, Bailey.’

We aren’t trawlermen; we don’t need this information, so why don’t we switch off? ‘Fair Isle, Faroes, South-East Iceland.’ There is something about the rhythm and accidental beauty of the words as they’re carefully intoned in the best formal BBC tradition – a weatherman’s haiku.

That and the sheer evocativeness of the names given to the heaving seas that surround our island nation: ‘Forties, Cromarty, Forth.’ What must it be like out there, we wonder, imagining storm-tossed fishing boats and their soaking, sou’westered crews, as we’re, incongruously, tucked up in bed or driving along a motorway.

Although we know that the forecast is important – a lifesaver, potentially, for some – it has no practical value for us. Yet, for many listeners, the Shipping Forecast is a soothing daily ritual, a few minutes of respite, of comparative blankness. In an average day, it’s the nearest thing many people experience to prayer.

We tolerate the broadcast – indeed, we cherish it, in most cases – because we’ve grown up with it. We would never want to lose it; imagine the furore if some modernising controller tried to axe it! It’s often said that the Shipping Forecast is the only reason for the retention of long wave (and, therefore, the cricket commentary) because   it remains the most reliable frequency.

“It’s the nearest thing many people experience to prayer”

Affectionate parodies include Frank Muir and Denis Norden’s ‘In Ross and Finisterre/the outlook is sinisterre/ Rockall and Lundy/Will clear up by Monday.’ Dead Ringers had The Archers’ Brian Perkins ‘rapping’ it and, in 1988, Stephen Fry gave it his own take in Saturday Night Fry: ‘Malin, Hebrides, Shetland, Jersey, Fair Isle, Turtle-Neck, Tank Top, Courtelle: Blowy, quite misty, sea sickness. Not many fish around, come home, veering suggestively.’ In reality, reading the Shipping Forecast is more skilled than one might think.

Broadcast four times a day, live (at 0048, 0520, 1201 and 1754), there is no room for error or faulty timing, as the forecast (not more than 370 words) must last precisely its allotted length. ‘You’re looking at the clock all the time, although I can pretty much do one now   without looking and it will be exactly three minutes,’ says Alice Arnold, who has been reading the forecast for some 20 years.

Alice always practises it beforehand (it comes over on the computer with 20 minutes to spare), but others, such as Rob McElwee, prefer to read it cold. And it’s not as simple to read as it sounds: there is a set form and special rhythm. ‘I remember reading it as a tryout and I got it completely wrong,’ Alice reveals. ‘For example, you have to say “one, three, double 0”, not “One thousand, three hundred”.’

For Alice, the 0048 broadcast is the most special, a time when the natural poetry of the words can be expressed to the full. ‘It’s night-time, I’ve just played Sailing By, and I’m aware that some listeners use the forecast to nod off, so I do try to say it in a more restful way. 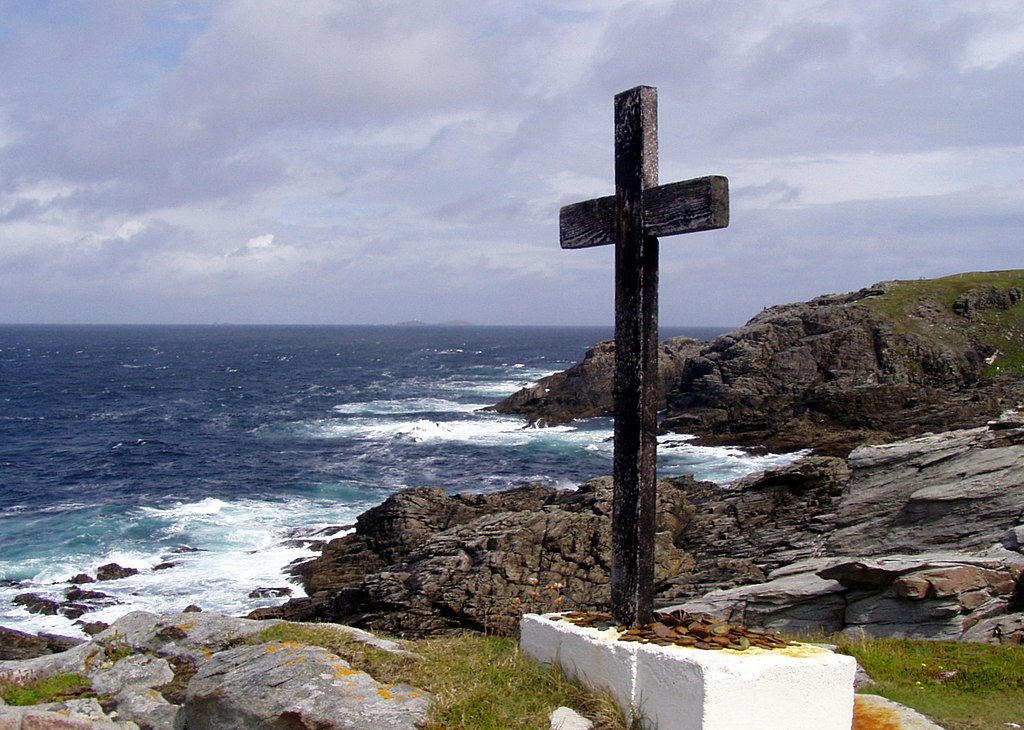 This last forecast comes right at the end of a shift, and Alice paints a picture of the reader left almost alone in Broadcasting House. ‘Someone said they imagined me reading the late-night forecast, then turning the equipment off, switching off the lights and going home. And that is exactly what happens.’

Writer Charlie Connelly found Shipping Forecast names so mysterious – ‘Dogger, Fisher, what are they?’ – that he visited all 31 sites, by sea and land, for an acclaimed and humorous book, Attention All Shipping.

Some places were underwhelming: Dogger was ‘a bit disappointing, just an awful lot of sea’; the tiny strip of Danish coast at Fisher was ‘undoubtedly the most boring place in the world. It was the longest weekend of my life. The only place to visit is Hanstholm, which means islet of the glove. Apparently, a woman once dropped a glove there, and I think that may be all that happened there’.

When Mr Connelly visited the Norwegian island of Utsira, a bird sanctuary, the islanders were blissfully unaware that they lived in a place that featured daily on Radio 4.

The inhabitants of the Faroes, however, were ‘quite pleased to be recognised – going there reminded me that the Shipping Forecast is a serious and necessary business’. Fastnet – the seas around Fastnet Rock off the south-west coast of Ireland – was another salutary reminder of tragedy; Queenstown (formerly Cobh), on the Co Cork coast in Fastnet, was the last port of call for Titanic and was where the survivors of the sinking of RMS Lusitania were brought in 1915. ‘The museum there, with all its references to old shipping disasters, is fascinating and shows the importance of forecasts.’

Mr Connelly’s oddest experience was Thames, and the principality of Sealand, a former military platform ‘the size of a football pitch’ eight miles from Chelmsford in the North Sea, which is independent, being outside British waters.

After the Second World War, Sealand was taken over by ‘Prince’ Roy Bates – ‘just a little British guy up against the world. I’ve never seen anywhere like it. It took me six months to get a visa to go there, but my passport’s stamped “Sealand”, and not a lot of people can say that,’ says Charlie.

‘Other countries do have shipping forecasts, but they’re not as romantic as ours, which really emphasises our island nation. The poet Sean Street describes the names as “paving the water round the isles”. I liked that.’

Painter and photographer Peter Collyer’s fellow ferry passengers would be mystified as to why he didn’t disembark, assuming he was some sort of eccentric ‘ship-spotter’. But it was all research for a book, Rain later, good, which was published in 1998, the first visual record of the Shipping Forecast sites.

‘The seed was planted when I stopped for a sandwich in the car park beside the lighthouse at Portland Bill. The Shipping Forecast came on, and there I was, actually in contact with one of the places. I wanted to get out and wave,’ he recalls.

‘Then, working in my studio, I listened to Charlotte Green reading it, when it came to me: what are these places actually like? I wanted to demystify them for everyone.’ Mr Collyer admits he underestimated the difficulty – and expense – of his quest.

Cromarty Firth, complete with oil rigs, off the east coast of Scotland

He left the hardest one, Bailey, until last. ‘It wasn’t on a ferry route, but I had this notion that aircraft travelling from Heathrow to Rejkavik must fly over it, so I bought a day return from Air Iceland, requesting a window seat, and took my paints with me.’ One epic 11-day journey involved taking a ferry from Newcastle to Bergen, via Tyne, Forties, and North and South Utsire.

Then, he sailed to Iceland through Viking, Forties and South-East Iceland, spending just four hours in Iceland before going back through Shetlands, Dogger and Fisher to Denmark, and thence to Harwich through German Bight and Thames.

And that trip at least was just as romantic and beautiful as it sounds: ‘On returning,’ says Collyer, ‘getting on the Tube at Liverpool Street Station seemed like a vision of Hell after all those seas, skies and rocky inlets.’

A version of this article was originally published in Country Life in 2009.