How many of us believe that a single magpie brings bad luck and salute every one we see? It says a lot about human nature that old country superstitions are still given credence when rational explanations can now be offered for most aspects of life. Jilly Cooper is a habitual magpie saluter. ‘I greet them with the following: “Good morning, Mr Magpie, and how are your wife, children, dog, mistress?”.’ Nicholas Soames always removes his hat if a hare or a fox pass him by.

For Candida Lycett-Green, a superstition about the Uffington white horse holds particular resonance. ‘If you stand on the horse’s eye, spin around three times and wish for the person you want to marry, it will come true. I did and it worked.’

There you go: proof, of sorts. (Unless, of course, Candida was already betrothed, and stopped off at the horse on her way to the church. You never quite get all the info you need, eh?)

And should you need more, heed the advice of Robin Page. He has noted the solemn superstition that says it’s bad luck to find a robin in the house. ‘A robin came into our house a few days before my father died.’

This saying might be well known. Oak generally leafs between March and May, while Ash leaves come out between April and May – but both appear earlier than they did 30 years ago due to the effects of global warning have played havoc with its reliability.  Woodland Trust research suggests that oak has come into leaf first in all but a handful of years over the past half century; before the industrial revolution, it was traditionally a close contest. Warm, dry springs tend to help oak advance more quickly.

The verdict: Might once have had something in it, but no longer.

One for sorrow, two for joy, three for a girl, four for a boy, five for silver, six for gold, seven for a story never to be told

Magpies have long been associated in European folklore with unhappiness and trouble, and the RSPB reports that populations of this striking bird have increased significantly in the past 50 years. And with magpie populations flourishing, ‘sorrow’ is every rarer – while in the era of social media, the idea that any story is ‘never to be told’ seems pretty unlikely. We’d settle for ‘any meal out never to be Instagrammed’, frankly.

The verdict: Obviously nothing more than a bit of fun. And yet there’s still something spooky about these birds. 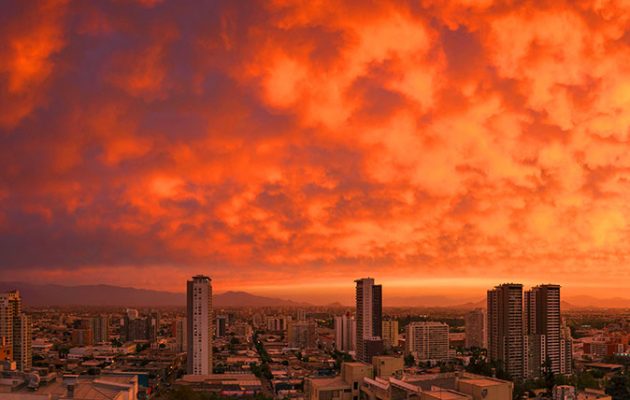 This favourite saying receives full backing from the Met Office – we wrote up a long piece recently explaining why. ‘Most poor weather approaches the UK from the west and clears towards the east, and sunlight at low levels appears red due to it being scattered by dust.’

The verdict: Pretty much spot on.

A robin in the house is a portent of death

The humble little robin, eh? Who’d have thought he hid such sinister purpose? But some people take this very seriously indeed. On Dartmoor, it was taken to such an extreme that if you received a Christmas card portraying a robin, you were supposed to rip it up immediately. It meant that the sender was wishing you bad luck.

The verdict: Old wives’ tale. Or let’s hope so, anyway.

If it rains on St Swithin’s day (July 15) on the steps of Winchester Cathedral, it will rain for the next 40 days and 40 nights 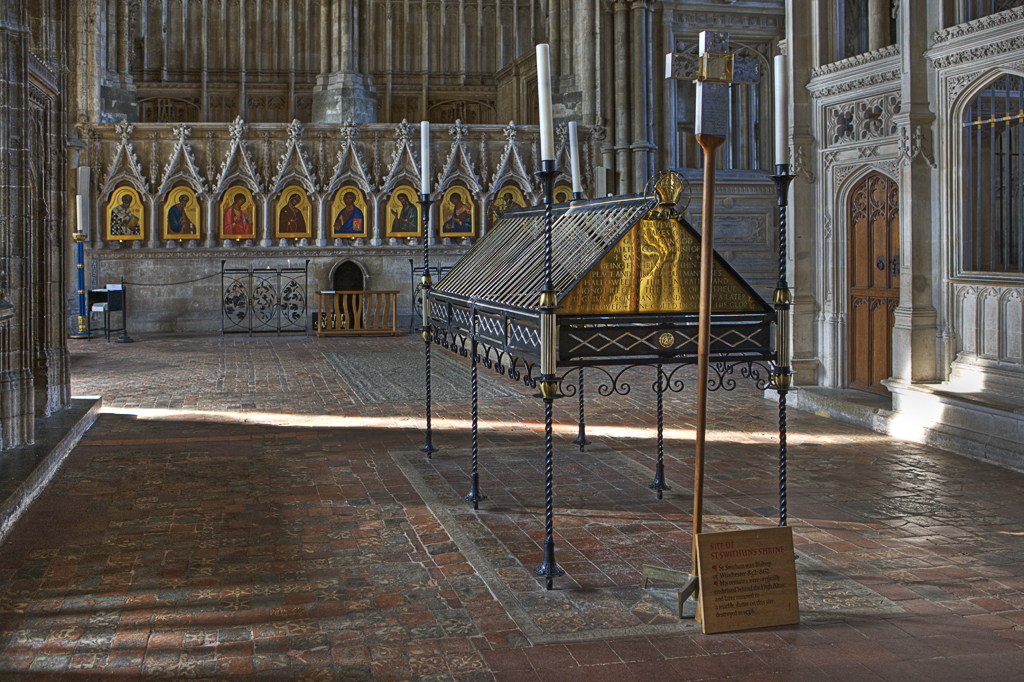 The dying wish of this early Bishop of Winchester was to be buried outside his cathedral. When his body was moved to a shrine inside, the change was disrupted by 40 days and nights of rain, said to express the saint’s displeasure at the move.

Old St Swithun seems to be getting over it, however, allowing randomness to reign once more when it comes to British weather. Take 2007 as an example: it was a phenomenally wet summer, with July 15 being one of the few days that didn’t see any rain.

The verdict: You can’t even trust saints these days.

Never bring hawthorn or lilac into a house, as they will bring bad luck, and possibly a death, upon those who live there

Hawthorn is one of the sacred trees of witchcraft, and lilac was used to line coffins to mask the odour of death.

The verdict: I think we can all agree that we’ve got over witchcraft now, so let’s ignore hawthorn. As for lilac? It’s a bit of a leap to go from ‘used in coffins’ to ‘prompting a need for more coffins’.

Rain before seven, fine by eleven 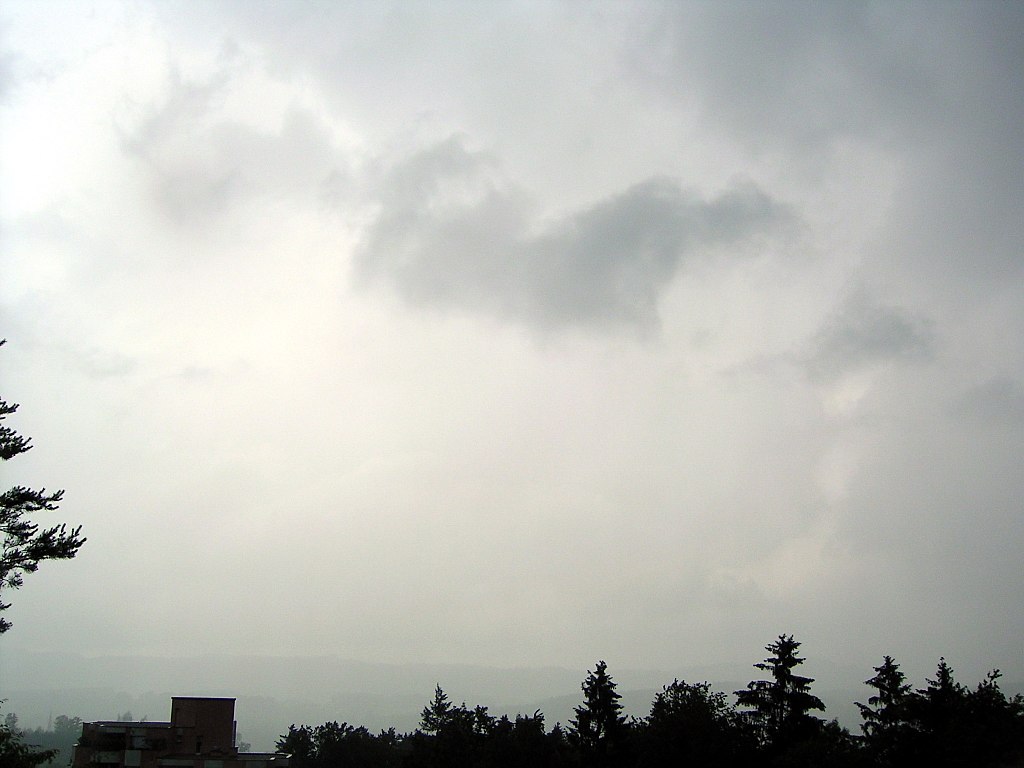 The Met Office gives a little grudging backing to this one – mainly on the basis that most (but not all) rainstorms last less than four hours.  ‘As fronts pass at night as often as they do during the day, morning rain isn’t always a predictor of a dry afternoon.’

The verdict: You take heed of this if you like. We’re going to check the latest satellite-based prediction, thanks.

If a hare crosses a sailor’s path on the way to his ship, he should return home

Hares have had a long association with witchcraft, and, years ago, it was believed that a hare was a witch’s favoured form of disguise.

The verdict: The logic holes are miles wide in this one. If hares could be witches, shouldn’t the advice apply to everyone, not just sailors? And in any case, who’s to say that the sailor wouldn’t be safer at sea, given that another old wives’ tale used to have it that witches couldn’t cross water?

This has a practical core as, by that time, many blackberries will be past their best.

The verdict: We’ll go with this one – that horrible taste of dried up, sour fruit definitely has a taste of the diabolical about it.

St Dunstan, Archbishop of Canterbury in 959, is thought to have begun this belief. Dunstan was a blacksmith, and when the Devil asked him to re-shoe his hoof, he nailed a horseshoe to it and caused him great pain. Dunstan agreed to remove the shoe on the condition that the Devil never entered a place where a horseshoe hung above the door.

The verdict: Common sense might suggest this is a load of old nonsense. Then again, have you ever seen the devil appear in a place where they’ve had a horseshoe hung up? Thought not.

Is the 'Red Sky at night' saying true? What's the difference between sunrise and sunset? And why does the sky

Weddings are as chock full of myth and superstition as they are canapés and crazy relatives.