Trending:
Concentric circles in the water produced by the vibration of the wings of a bee that fell into a puddle. Note the high and low frequency vibrations. Credit: Paulo Oliveira / Alamy

This mornings round-up looks at the marvel of bees, and celebrates the Queens wedding anniversary.

Scientists at American university Caltech have captured super slow-motion video of bees using their wings to propel themselves out of danger after landing in water.

‘Beyond pollinating flowers, worker bees — which are all females — are given the job of searching for water to cool their hives,’ explains the report in th But if they fall into ponds, their wings get wet and can’t be used to fly. A team of researchers at the California Institute of Technology found that when bees drop into bodies of water, they can use their wings to generate ripples and glide toward land — like surfers who create and then ride their own waves

Could this be the new home of the human race? 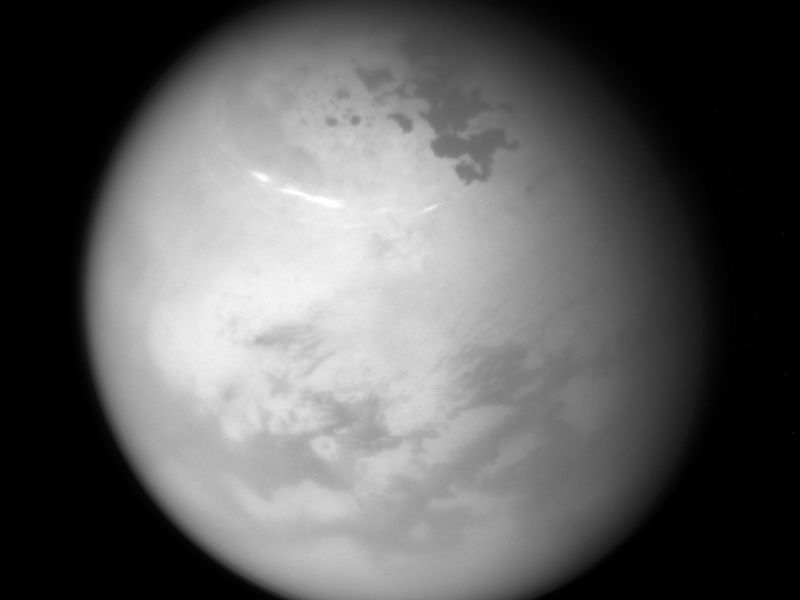 Titan is one of the moons of Saturn, and the only planetary body in our solar system other than Earth known to have stable liquid on its surface. For that reason it’s often mentioned as a potential ‘New Earth’ on which future generations — or perhaps future evolutions — of human might one day settle.

The possibility of doing so has just come a step closer with the news that the entire surface of Titan has now been mapped for the first time, revealing what NASA describe as ‘a dynamic world of dunes, lakes, plains, craters and other terrains.’

Having said that, there are still a few barriers to humans feeling at home — not least the fact that the seas and rivers in question aren’t exactly filled with H20. NASA’s story explains: ‘Instead of water raining down from clouds and filling lakes and seas as on Earth, on Titan what rains down is methane and ethane — hydrocarbons that we think of as gases but that behave as liquids in Titan’s frigid climate.’

…albeit for one day only, in order to raise money for the National Churches Trust. The writer, broadcaster and ex-Monty Python star has agreed to give a guided tour of the Chapel of St Peter and St Paul at the Old Royal Naval College in Greenwich. ‘Michael will show you and your party (maximum of four people) around this fascinating chapel and talk about its history, which includes a marble memorial commemorating Sir John Franklin and the crews of the ships Erebus and Terror who lost their lives in the ill-fated expedition of 1845 to search for the North West Passage.’ Palin recently wrote a book about the expedition, and will thus we imagine have all sorts of stories.

There are plenty of other lots too, including a day on set with TV historian Bettany Hughes — and afternoon tea with everyone’s favourite Anglophile, Bill Bryson.

…the eldest daughter of King George VI gets married. Princess Elizabeth and Philip Mountbatten tied the knot in a ceremony at Westminster Abbey.

Her Majesty was just 21 years old at the time. Prince Philip — who was made Duke of Edinburgh upon the marriage — was 26.

Princess Elizabeth and Prince Philip on the balcony of Buckingham Palace after their wedding. Photo by William Sumits/The LIFE Picture Collection via Getty Images.

Read more: A celebration of 70 years of the marriage of HM Queen Elizabeth II and HRH Prince Philip (Country Life)

The consistently high winds of the last few years aren’t all in your imagination: researchers have discovered that the wind really has been getting stronger of late. New research suggests that average wind speeds across the planet have been rising since 2010, after decades of decline.

The reasons behind the change are thought to be hugely complex, according to the BBC report — but regardless of the cause, it seems that this particular climate change could actually help us become greener as it boosts wind power significantly.

‘Researchers say the discovery is very good news for the wind energy industry,’ the report explains. ‘They believe that speedier winds will see the energy produced by a single turbine grow by about 37%.’

We’ll all end up on our deathbeds eventually, but it would be nice to make it there with no regrets.