Generations of children have made the dandelion a pernicious weed by blowing its spherical seedhead to the four winds, yet, observes Ian Morton, we still have great affection for its cheerful golden mops.

Like so many familiar wild plants, the dandelion has a rich traditional history, most of it propitious. Country folk loved those golden mops of spring as harbingers of the months of warmth. Dandelions spoke of childhood and hope and were woven into spring wedding bouquets to bring good luck. To dream of dandelions promised a happy relationship.

The tallest stalk a child could find indicated how it would gain height over the coming year and, when the bloom was held under a child’s chin, the greater the reflected glow, the kinder and sweeter the child would become. No rural babe escaped the tickling petals.

The seedhead, that fascinating and intricate globe combining geometrical integrity with gossamer delicacy, held as much symbolism as the flower and, for our omen-ridden ancestors, blowing on the ripe structure offered choices when it came to interpreting how many of the little paratroopers departed.

The favourite for young women was ‘he loves me, he loves me not’, a process that also applied to plucking daisy petals. Seeds floating away were thought to carry feelings of affection to the loved one, however, if any remained after a hearty puff, they suggested that the intended had reservations about the relationship.

Then again, the number remaining might foretell the number of children to be born of the forthcoming union or, alternatively, how many years of life lay ahead. They were also taken to indicate the hour of the day, hence the popular word ‘clock’ for the dandelion seedhead. Seedheads folded umbrella-like were taken to foretell rain and, for the religious observer, the plant symbolised grief and the Passion of Christ.

As every schoolboy used to know, the name came to us as a rendering of the French for lion’s teeth, a reference to the jagged leaves; Welsh, Spanish, Portuguese and Italian all have similar versions and Germany and Norway use names that are a direct translation. However, the French themselves have adopted the plant’s traditional reputation as a herbal diuretic, calling it pissenlit – literally, wet-the-bed.

In Italy, by the way, the dandelion may be called the pisacan, arising because the plant appears at pavement edges where dogs cock their legs.

The dandelion is an ancient plant—fossil seeds found in southern Russia date from the Pliocene period some 30 million years ago – and its herbal and food values were known to the early Chinese, Egyptians, Romans and Greeks. Some 2,000 variants have been identified worldwide and the plant held a place in the herbalists’ almanac throughout Europe. Its curative virtues in respect of the stomach were sufficiently prized for the Pilgrim Fathers to transport it on the Mayflower across the Atlantic, its airborne legions spreading as settlers colonised the continent.

The young leaves of our native Taraxacum officinale were a fashionable delicacy in Victorian sandwiches and salads well before their virtues were found to include vitamins A, C and K, plus trace elements of calcium, potassium, manganese and iron. The dandelion has a global place in traditional dishes from Crete to Korea.

It is also a drinks constituent, petals combining with citrus to make wine, with burdock to produce the once popular British summer drink and with other hedgerow products to make root beer. It roots may be roasted and ground to produce a caffeine-free, coffee-like brew.

Although widely regarded by gardeners and lawn-keepers as a perennial nuisance, the dandelion is said to add minerals and nitrogen to the soil, to bring nutrients to the surface for the benefit of shallow-rooted plants and to release ethylene to encourage fruit to ripen. Its golden mops, as intensely aureate as any cultivated flower, provide bees and other insects with nectar early in the flowering season. The plant feeds certain moth and butterfly larvae, such as the scarce pearl-bordered fritillary, and the seeds are valuable food for several lowland birds such as skylarks and buntings.

The traditional aspects of the dandelion may be widely disregarded these days, but the future holds some intriguing possibilities totally unconnected with tradition. The ‘milk’ – seen when the stem or root is snapped – has been identified as a latex sap with natural characteristics similar to conventional rubber and scientists in Germany are convinced of its potential.

In October 2013, working with plant specialist bodies and tyre giant Continental, the Fraunhofer Institute for Molecular Biology and Applied Ecology, a huge research organisation with nearly 70 centres in Germany, launched a five-year programme to investigate whether latex derived from the dandelion might have a commercial application. It was found that Taraxacum kok-saghyz, a variety found in Russia, offered the best high-yield roots.

The programme, called Taraxagum, derived from the dandelion genus and gummi, the German for rubber, was developed at a dedicated laboratory established in Anklam, northern Germany. The rationale is that an annual and readily harvested crop grown in European conditions on land not suitable for food crops and within easy reach of a manufacturing site could offer obvious logistical advantages over latex rubber obtained from slow-growing trees in distant climes. 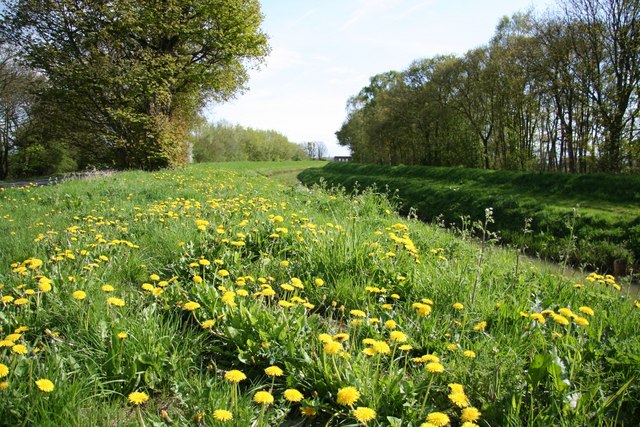 Furthermore, the dandelion produces its seeds by apomixes – without the need for pollination – so every seed is genetically identical to the parent plant and reproduction is generous. Propagation would present no barriers, so, once the researchers had developed the ideal cultivar, the nature of the plant would take over.

‘The initial results are very promising,’ enthuses lead scientist Dr Anna Misiun. ‘We see huge advantages for the environment and less dependence on traditional materials with their sometimes heavily fluctuating market prices. Dandelions grow in marginal soils as well as in regions with temperate climates. This would obviate the need for transport from tropical countries and improve the raw material’s carbon footprint. One of the biggest challenges will be obtaining the material on an industrial scale.’

There is no threat to the rubber plantation industry, adds Dr Misiun, as the worldwide demand for rubber is steadily increasing. The Taraxagum project has already attracted several technical and Green awards and prototype winter truck tyres and engine bearings promising high anti-vibration advantages have been produced by Continental, whose conventional tyres are fitted as original equipment to nearly one-third of vehicles produced in Europe. Anklam is expanding its land holdings to increase crop levels and series tyre production is foreseen within 5–10 years.

In a transport era in which driverless electric cars and unmanned trucks are under development, dandelion tyres are certainly not a bizarre idea. Nor perhaps is the notion of a new association between industry and farmers, with an annual contract harvest of a root crop timed to allow natural reseeding on otherwise poor or unproductive arable land.

Beautiful flowers for your big day.

Mark Griffiths looks at Satsuki azaleas – one of Japan's most revered plants, and yet perfect for an English garden.