Friday 26 October 2018 marks the centenary of Cecil Chubb's magnanimous gesture: turning Stonehenge over to the care of the nation. Annunciata Elwes explains how it came about.

In an era when Stonehenge is constantly besieged by coachloads of tourists, schoolchildren and flower-bedecked neo-druids, it’s hard to believe that this ancient monument was once in private hands. Yet it’s only a few generations ago that it was – until barrister Sir Cecil Chubb donated it to the nation 100 years ago.

Extraordinarily he had purchased the ancient monument in an auction – lot 15 of a sale, with 30 acres of adjoining downland – on impulse three years previously, for the princely sum of £6,600, because he felt that ‘a Salisbury man ought to buy it’.

He gave it to his wife as a birthday present. Apparently she was none too pleased, having sent him to the auction at the Palace Theatre, Salisbury, to buy some chairs.

Country Life played a part, too. Before the auction, in September 1915, a small black-and-white photo of Britain’s most famous stone circle appeared in the magazine’s pages as an addendum to Messers Knight, Frank and Rutley’s particulars for Amesbury Abbey in Wiltshire.

The sad truth is that it was not unusual for fine estates to be sold during the First World War, usually following the death of an heir. Indeed, the son of Sir Edward Antrobus, in whose family Amesbury had been since 1825, was killed in Belgium in the first few months of the war and, after his own death in 1915, his brother put the family seat on the market, as a whole or in lots.

Although a popular attraction since the Middle Ages, when Chubb handed Stonehenge over to the nation, on October 26, 1918, it was in a poor state of repair, due to 19th-century visitors chipping off parts of the stones as souvenirs and scratching in their names, and many of the stones were held in place with wooden props. 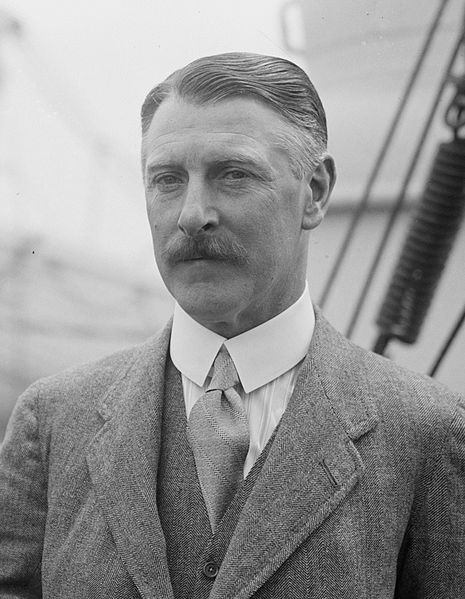 ‘His winning bid set in train a programme of care and conservation for both the monument and the surrounding landscape, one that continues today and whose next major milestone will be the removal of the A303 from the Stonehenge landscape.’

Chubb’s only conditions were that the entrance fee should not exceed one shilling and that local residents should enjoy free access. The first wish was maintained until the 1970s; the second prevails – and the rest is history.

Stonehenge is shortly to be changed forever, with the planned tunnel getting the go-ahead. But it's not the first time