The Savoy takes their beds seriously: The Savoy Bed was designed for the Savoy Hotel in 1905 and is still made by the legendary Savoir. It was commissioned by the impresario Richard D’Oyly Carte, because he couldn’t find anything that matched what he was after. Credit: Alamy

There’s an art to striking a balance between the most comfortable bed you can afford and the creature comforts necessary for a good night’s sleep, says Giles Kime.

You don’t fully appreciate a really good bed until you’ve slept on one that has seen better days (and nights) or has a mattress as thin and unyielding as a slice of white bread.

Yet there can be a degree of quackery in the claims made for expensive beds that play on our fears that we’re not getting a decent night’s sleep and which promise all sorts of life-changing qualities. Then there’s that well-worn piece of rationale that ‘you spend half your life in bed, so you’d better invest a small fortune on a mattress’, which, you then discover, has to be changed every 10 years.

Therein lies the knotty problem. How much do you spend? A tidy sum for one you might not be able to afford to change very often or a modest mattress you can upgrade every few years? In either instance, the answer is to spend as much as you possibly can (one customer of a well-known manufacturer took this to a remarkable extreme of inconspicuous consumption by asking that all the springs should be gold plated).

A new generation of mattresses has now entered the market, offering the convenience of a mattress that springs, as if by magic, from a cardboard box. Brook + Wilde has a luxury mattress that combines 3,500 springs with memory foam to create a wonderfully supportive, cool environment, from £899 for the Elite single mattress (£1,199 for a double). The result is a brilliant balance; succour for tired limbs and enough room in the budget for things that also really matter, such as high-thread-count bed linen, a down duvet and hotel-style headboard. And if you do wish to push the boat out a little further, the Brooke + Wilde Ultimate mattress (at £1,799 for a double) has 6,000 springs and 10 different layers, one of which apparently cools the fabric by two degrees. 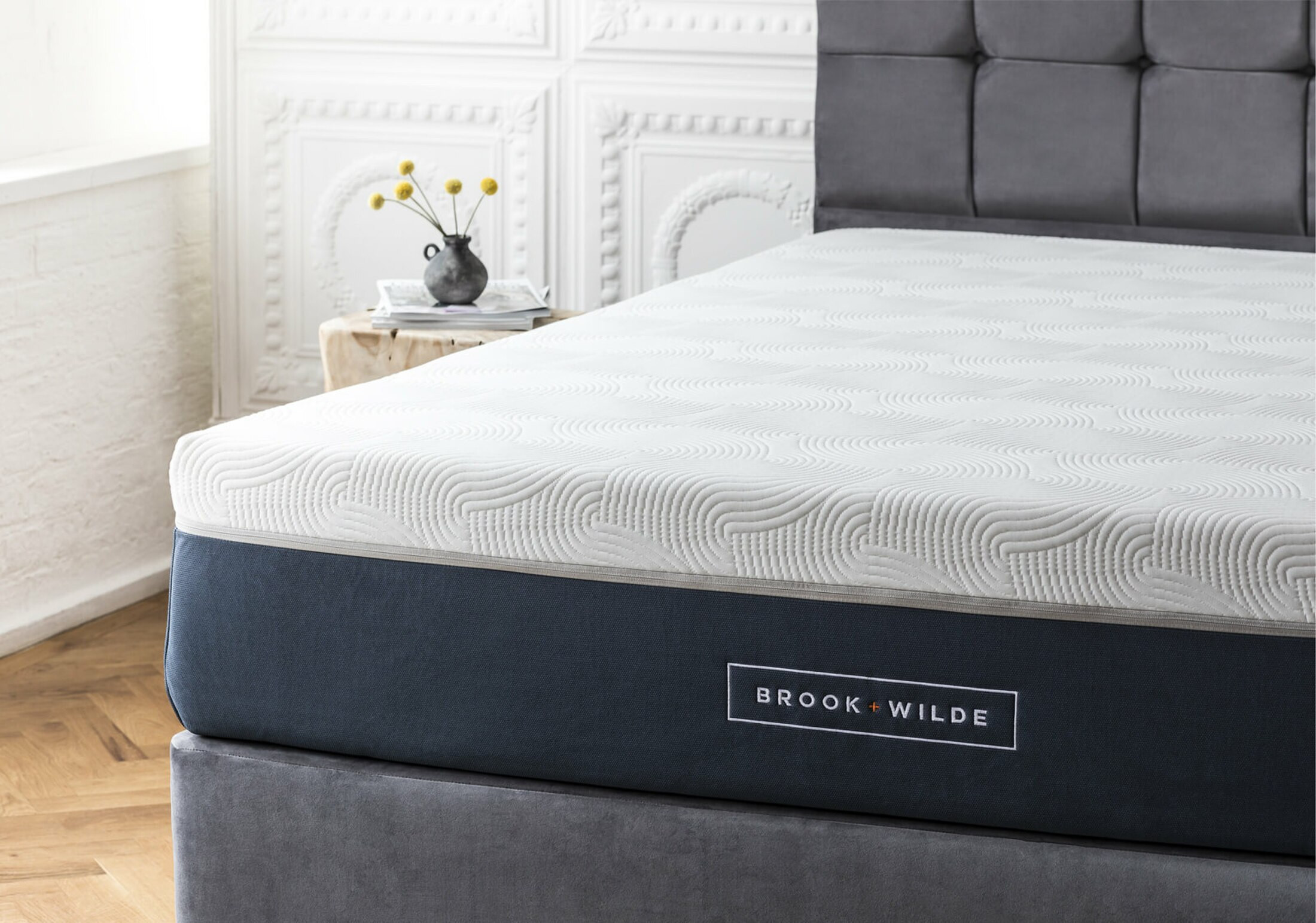 But there’s surely a caveat in all this: how much of a good night’s sleep relies entirely on your mattress? What contribution is made by sheets with a thread count that reaches stratospheric heights, a duvet, an upholstered headboard, a cosy topper and pleasing bedside lights? Is it worth sacrificing one option for another?

The best strategy, perhaps, is to spend as much as you can on the mattress, but leave a decent contingency for cosseting accoutrements, such as the highly desirable range of headboards at Ensemblier (www.ensemblierlondon.com).

A headboard designed by the interior designer Rita Konig for Ensemblier—one of the elements of a bedroom that really matters.

As you might imagine, there’s a lot of room between the budget end of the market and ‘money won’t stand between me and the transformative possibilities of a good night’s sleep — not even the price of a small car’.

The latter is well catered for. The Savoy Bed, designed for the Savoy Hotel in 1905 (and still made by the legendary Savoir), was commissioned by the impresario Richard D’Oyly Carte because he couldn’t find anything else that suited his vertiginous expectations. More than a century later, the bed still sets the standard for nocturnal luxury. In the early part of the century, the likes of Vi-Spring and Hypnos joined the fray in making beds for the well-heeled.

When Emma Sims Hilditch converted a 17th-century barn, she created a bedroom with both light and height. Giles Kime takes

If you're looking for inspiration on how to make a small bedroom both beautiful and comfortable, take a look at

As part of the transformation of this London townhouse, Emma Sims-Hilditch put together this country-inspired scheme for its master bedroom.