Unlike buildings and interiors, gardens are continuously changing themselves, regularly creating new conundrums. Country Life’s experts reveal some of the problems that have been vexing them recently – and how they solved them.

Sometimes, you just know you have to bite the bullet. Fifteen years ago, I planted an avenue of eight Pyrus calleryana Chanticleer pear trees to flank a narrow, sloping lawn along the west side of our house. I thought I knew Chanticleer well enough – it’s relatively upright and its tidy habit, spring blossom, shiny green leaves and good autumn colour made it a fine choice – until the octet outgrew its allotted space, shooting up to about 30ft and plunging the western half of the garden into deep shade for much of the day.

Our local tree surgeon skilfully reduced their height and spread a couple of years ago, but, this winter, the moment arrived when, with heavy heart, I had to admit that they needed to be felled.

But what to replace them with? I waited until they’d been removed, so that I could properly assess the situation. It was a revelation. As well as allowing in the welcome rays of the afternoon sun, we’ve now regained the fine view of the spire of the village church across the lane.

Although we grubbed out the stumps of the pears, I knew that there would still be too many remaining roots to plant anything else there, but then came the idea of a narrow rill down the middle of the lawn with a tiny pond at each end and another in the centre, where the lawn is bisected by a cross-axis.

Each will be enlivened with a low, gentle eruption of water at its centre. Despondency has now been replaced by feverish anticpation as I wait for work to begin. This summer, I shall recline by gently burbling water rather than having a green thought in a green shade. I rather like the thought of that.

When I started making our garden, I was desperate to get as many plants as possible into the ground. In preparation for moving, for example, I took 10 cuttings of Buddleja japonica, which is a pleasant enough species, but not the best. All of them rooted and all went in to fill up space, but, frankly, one needs just one plant of it, plus a spare.

Kind friends gave me all sorts of herbaceous plants that I now regret. Frankly, I put in too many second-raters, such was my longing to see new plants growing and starting to flower. I even accepted chunks of herbaceous polygonums, almost the only genus that I actually detest. Then there were the exciting boxes of hellebore seedlings that turned out to be poor forms.

Now, my problem is how to upgrade the quality of the plants I grow by acquiring better cultivars and how to replace the boring and repetitive space-fillers. I know very well what I would like to do, which is to buy hundreds of double-flowered hellebores, plus dozens of rare beauties from such nurseries as Pan-Global Plants in Gloucestershire and Crûg Farm in Gwynedd, but then there’s a second problem: how to pay for them.

Buddlejas aren’t expensive and I can certainly buy eight replacements from the National Collection at Longstock at £10 each without feeling guilty, but 200 hellebores from John Massey’s wonderfully tempting Ashwood Nurseries cost more than I’m willing to fork out. I’ll have to settle for 10 and grow whatever I can from the seed they set. And this time I’ll beg my friends for the plants that I really want, which means learning to say no to polygonums.

Our town garden has two very different areas of planting: one, near the house, is filled with luxuriant Asian exotics; the other, at the sunny far end, is devoted to silvery Mediterranean natives. Both are top-dressed with gravel, as is the path that links them via the garden’s central enclosure of flowery meadow, roses and other traditional English favourites.

In deciding to gravel these spaces, I thought it obvious that each would require stones of a different kind: sombre and sleek for the Far Eastern bloc; weathered, light and reflective for our make-believe maquis; rustic for the rose-bordered walk that united them.

“Gravel in a small garden is as sauce to a great dish: only one kind is needed”

For months, I experimented, spreading bags of Welsh slate, Cotswold chippings, Cornish granite, Scottish pebbles, serpentine, basalt, spar, flint, quartz and so on. None of them looked right. My aim had been a garden that was compartmentalised but cohesive; instead, the juxtaposition of the different materials jarred. Even within their discrete areas, they seemed fake; too ‘look at me’ and calculated.

Finally, the merchant who’d supplied them said: ‘How about the cheapest? The locally quarried shingle? It’s the only type you haven’t tried yet.’ The moment I spread the first bag, I saw that this was the perfect choice for the whole garden. Its pale plainness brought a natural-seeming harmony to all our plants and schemes, however disparate. 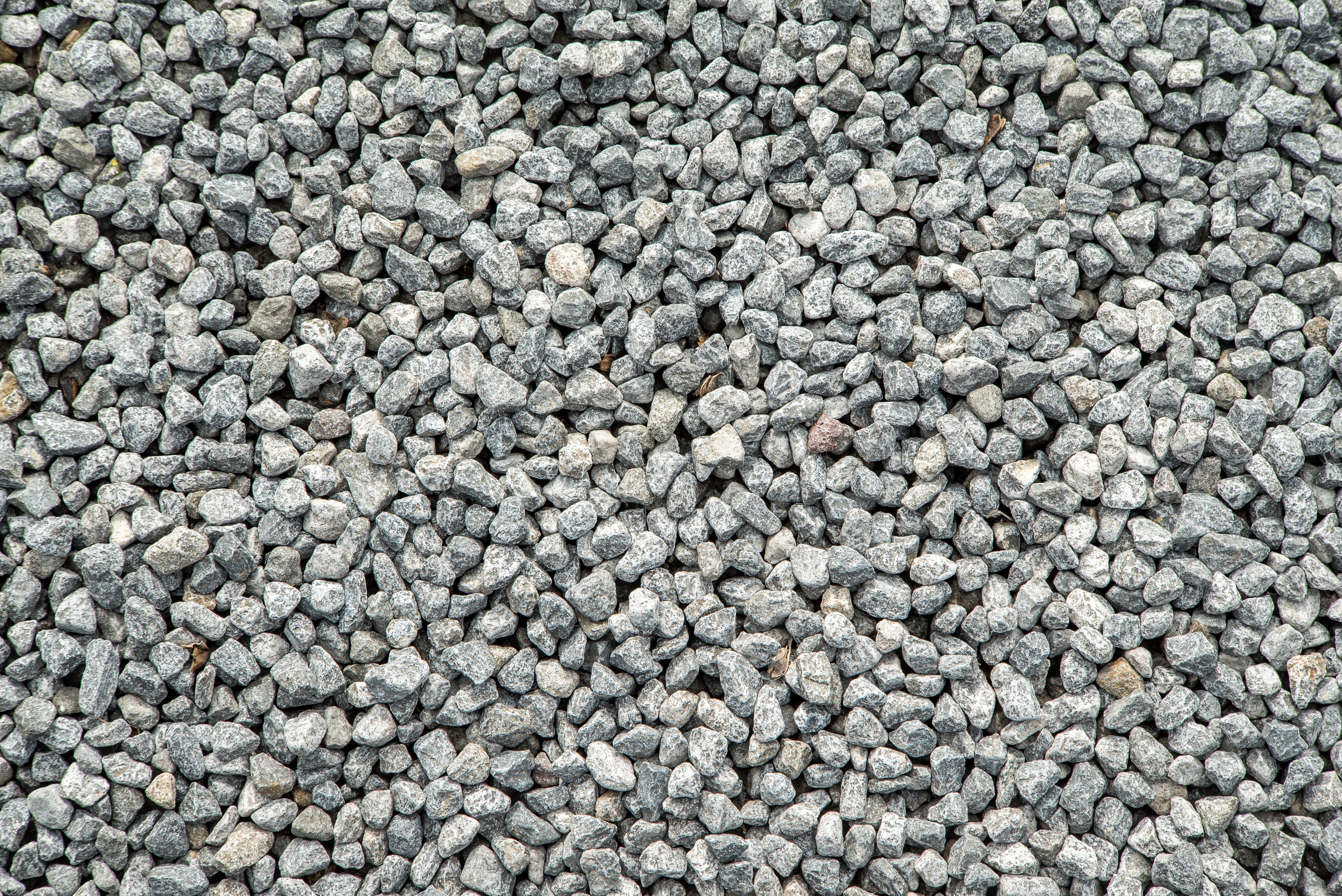 Lessons learnt? Gravel in a small garden is as sauce to a great dish: only one kind is needed and it has to be capable of complementing and connecting a range of elements, without outdoing them. Locally occurring materials often have an unbeatable congruity, a native rightness that makes even the most exotic plants seem at home.

Planning matters, but so does allowing for the unknown and unintended, for the magical improvements that luck and accident (such as the stone merchant’s intervention) make to our designs.

For ages, I’ve been in two minds about an old cherry tree. Its white April blossoms are glorious and they’re followed by small but palatable cherries – at least, the birds like them. On the other hand, the tree’s shape is poor and its juicy fruits splatter on the drive in summer. Recently, however, it’s developed bacterial canker, so now its days really are numbered.

Its removal will free up the ground around it, where thick surface roots forbid most things from growing, yet I want to replace it with another tree, as it has a sheltering presence near the house. Related subjects in Prunus, and perhaps in Malus, most likely wouldn’t thrive, due to the presence of existing pathogens. Handsome alternatives I’ve thought about – such as ornamental acers, cornus or liquidambar – are too showy and exotic-looking to suit the style of the garden. Potentially large trees are out, as is anything obviously ‘rooty’ or too spreading.

I’m homing in on Amelanchier lamarckii, which, like the cherry, looks fresh and blossomy in spring and colourful in autumn and has beautiful but unshowy summer foliage, or, alternatively, a nice birch, such as one of the Betula albosinensis tribe, the toffee-and-rose-coloured bark of which will tone in with the stone-coloured house and its clay-tiled roof. Either of these would serve very well, but the scales are gradually tipping in favour of the birch.

Meanwhile, the tree surgeon will give the cherry the chop and grind out its stump and roots, so we can prepare the ground for its new occupant.

Non Morris on why less is more

When we moved to Camberwell in London 20 years ago, my husband gave me a small, multi-stem Magnolia Heaven Scent as a Valentine’s Day present. We planted it (with the help of a pair of identical two-year-olds in Thunderbirds outfits) at the centre of our front lawn and have enjoyed the simple restraint of railings/sculptural tree/pale Victorian house ever since. Maintenance is minimal and there is additional pleasure in the surprising contrast between the pared-down front garden and the abundant planting at the back.

A few years ago, I planted an arc of Crocus tommasinianus under the magnolia and love the vibrant three-quarter circle of silvery-mauve that suddenly appears in February then quietly disappears again, followed by tiers of pink magnolia flowers on branches that now reach up to our bedroom. But, with our back garden overflowing, should I succumb to the temptation to fill the tantalising empty space around the tree?

I’ve considered completely filling it in with crocuses and snowdrops to create a dancing sheet of colour in early spring, but our lawn runs seamlessly into our neighbours’ lawn. Any advance on the current status quo runs the risk of looking awkwardly cut off. Instead, I’m now thinking of planting a group of Daphne Eternal Fragrance around the front steps where, in time, it could form an architectural, mounding, dark-green collar. The clarity of the front garden will be retained and the daphnes’ scent, wafting around the doorway, will knock our socks off for months to come.

When a shrub fails for some reason, I sometimes want to replace it with essentially the same thing or at least something similar in shape and size from the same genus. My conscience quietly reminds me that this isn’t a very good idea. Everyone knows that roses don’t thrive where roses grew before and that the key to a healthy kitchen garden is an orderly rotation. However, I want to swap a tired old Hydrangea Hortensis, the pride of every seaside bungalow, with the towering magnificence of H. paniculata. 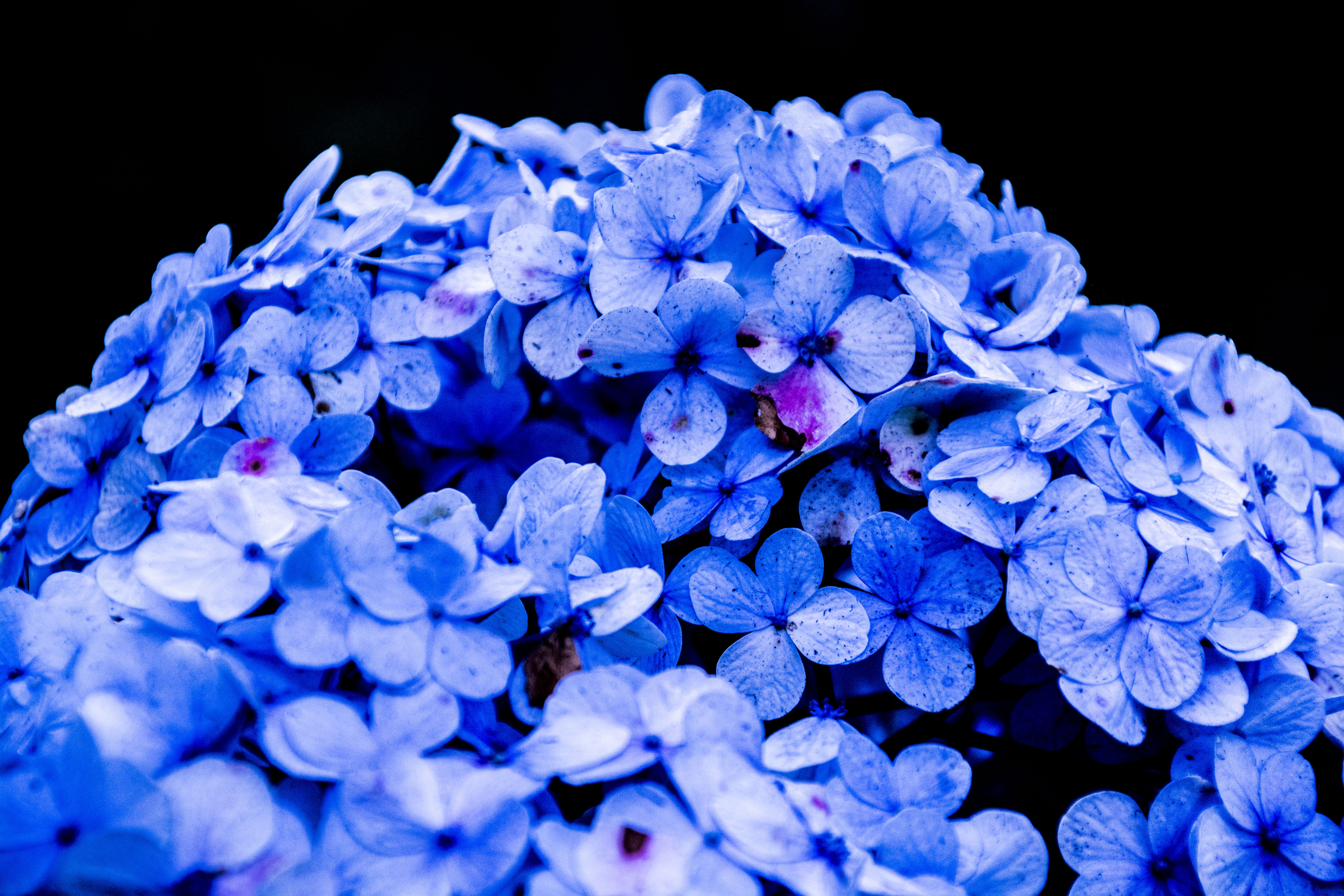 I know it isn’t wise. There are various options. I could follow my own advice and plant something unrelated: there’s no shortage of alternatives. But I’m rather set on this. I could partially sterilise the soil with a granular fumigant, but that’s unrealistic on such a small scale. I could just get on with it and hope for the best, but that’s asking for trouble. In the end, being British, I’ve opted for a muddly compromise.

I’ll remove the old shrub, then neatly dig out a bigger hole, subsoil and all. I’ll cart it off to the kitchen garden and reverse the operation. In the spring, I’ll remember to topdress it with blood, fish and bone and keep a weather eye on progress. I’m quietly optimistic about the outcome.

Steven Desmond on the garden tools we all need, and how to choose ones which will last you a lifetime.