This book on Lancelot 'Capability' Brown by the greatest living expert on his work is like nothing else – but it comes with one or two caveats, as George Plumptre explains.

Place-making: The art of Capability Brown (Historic England, £60) has an unusual back story. John Phibbs has spent years studying the life and work of Britain’s trailblazing landscape gardener, and has written several books on his subject. But this scholarly tome – which was published by Historic England after a successful crowdfunding campaign – goes beyond the norm with its academic analysis into the motivation behind Brown’s work. George Plumptre takes a look.

No reader should embark on this formidable repository without reading in the introduction: ‘This book springs from over 30 years of professional practise… during which I have continually measured, recorded and thought about the landscapes of Capability Brown and his contemporaries.’

The author is the greatest living expert on Britain’s greatest gardener. He has studied in close detail the trees, the swathes of grass and water and the buildings that make up Brown’s myriad landscapes, the animals that populated them, the contemporaries who chronicled and criticised them and the exhilarating mix of philosophy, husbandry, politics, economics, art and science that inspired and influenced them.

Place-making is the vessel into which John Phibbs has poured all of his retained knowledge and opinions. As a result, it’s an important record that will, I’m sure, have a purpose and reputation long into the future after more lightweight volumes have been published and fallen by the wayside.

The Palladian Bridge at Stowe, Buckinghamshire, built in the early 1740s. Brown learned much during his early career as Stowe’s head gardener, where he worked with William Kent and James Gibbs, architect of various buildings in the park.

What is fascinating is the way in which he has performed an anatomical, forensic analysis of Brown’s work, slicing open every minute part of the body of his landscapes and chronicling them, both individually and as parts of a whole.

The challenge for the reader is to keep up with this weighty intellectual approach. Accessibility is certainly not the book’s greatest quality and, without a pretty good existing level of knowledge on the subject, the reader will struggle.

As has been the case with every book published for Brown’s tercentenary, frustratingly, we are left little wiser about this diligent, amiable but continuingly elusive leviathan. 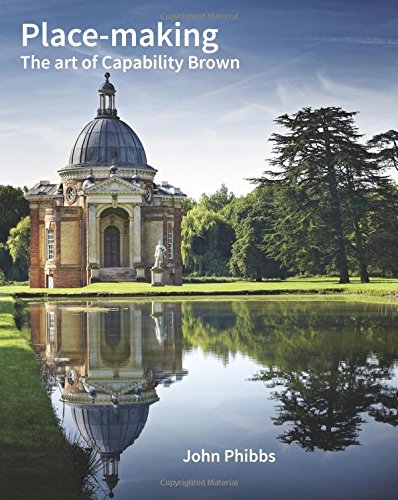 The Palladian Bridge at Stowe, Buckinghamshire, built in the early 1740s. Brown learned much during his early career as Stowe’s head gardener, where he worked with William Kent and James Gibbs, architect of various buildings in the park.