London's Black Roe restaurant is making a name with its take on 'poke', the Hawaiian take on sushi that's creating a bit of a buzz. Rosie Paterson tried it out.

Black Roe, in Mayfair, has specialised in this Pacific import since it opened, just over two years ago. Its piece de resistance? An open poke counter at the very front of the restaurant.

To make way for that poke counter, incidentally, the bar has been relegated to the back, though it can still rustle up a fantastic cocktail (try the yuzu grapefruit collins, for a tropical twist on the gin-based classic.)

Eye-catching black and white portraits of fisherman-whose produce fill the plates-line the walls. It’s your own little (luxury) slice of verdant Hawaii, in the midst of the urban jungle.

Plates from the main menu are designed to be shared, but you’ll want to keep a bowl of classic ahi poke – marinated, chopped tuna on a bed of seasoned short-grain rice – all to yourself. It came out top in our very serious poke taste-test, beating the other seven varieties, and is worth returning for alone.

Moving down the menu, skip the lighter fish options for crispy squid – devastatingly moreish, a serious compliment coming from someone who normally steers clear of squid and its oft rubbery cousin, octopus – and a whole lobster, stuffed with gooey mac n’ cheese – incredibly indulgent and the pinnacle of comfort food. 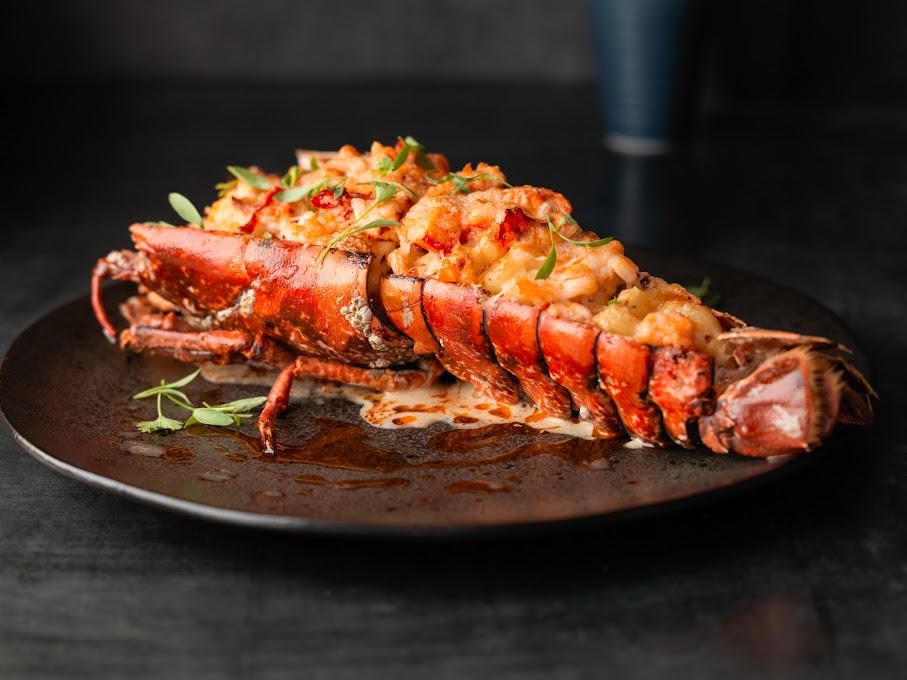 There are also myriad meat and vegetarian options – try the sweet and sour Japanese aubergine – for the ocean-wary.

The icing on the cake? Black Roe is wonderfully cool and dimly lit – just what we need if the sun continues to shine throughout the summer, as has been promised. I can’t think of anywhere better to celebrate.