Whether you're keen to make your own infused gin, try a ten year old whisky or open a bottle of champagne with a bang, we've got something for you.

Jaffa Cake Gin has been a huge hit since it was launched a couple of years ago, and just as Jaffa Cakes themselves seem to come in all sorts of different flavours, so the makers have branched out. This one — a vodka with cranberry — is perfect for a Christmassy cocktail: try the Santa Clausmopolitan, with 50ml of the vodka, 25ml triple sec, 30ml cranberry juice and 15ml lime juice.

If you take one look at the delightful vodka bottle at the top of the page and decide that it’s far too twee, then (a) where’s your sense of Christmas spirit?, and (b) step this way for a drink that’s both Christmassy and edgy. Dead Man’s Fingers have been putting out some fabulous rums in recent years, and they’ve produced a festive bottle of their original Dead Man’s Fingers rum in time for Christmas, with notes of caramel, vanilla and nutmeg.

If you’ve already got a bottle, or just fancy something different, they’ve also a new black rum that’s heavy on the molasses, and which is probably the shiniest skull-based object to be created since Damien Hirst’s diamond skull.

This tipple — an Irish whiskey liqueur that’s bursting with smooth butterscotch without ever becoming too sweet, and without any hard liquor harshness — is my single favourite boozy discovery of 2021. Enough said.

We’ll not beat around the bush: a lot of serious whisky drinkers would consider the very existence of this a war crime. Yet Glenmorangie have clearly thought that there’s no use denying that some people simply prefer single malt with a mixer, and have therefore produced this edition — highly drinkable, and yes, highly mixable — to cater to their needs. Particularly good with a swish orange-flavoured mixer, that balances a drink that’s a touch sweeter than a normal single malt, with its notes of vanilla, pear, orange and honeysuckle.

X by Glenmorangie, £29.95 from The Whisky Exchange

This is an intriguing one: a British rum, made on the island of Jersey, and one that’s quickly been earning a reputation as a delicately flavoured and delicious tipple. In case you were wondering, no, there aren’t actually hidden sugar plantations on the Channel Islands — this rum is a blend of four cask-aged rums from Trinidad, Jamaica, Barbados and the Dominican Republic, which are then infused with more flavours, finished and bottled on Jersey.

There are notes of orange and salted caramel, though the latter is actually thanks to a type of seaweed, Pepper Dulse, which the makers claim — in an unashamedly romantic flourish — is harvested on full moon tides. Like all good rums it’s happy to be drunk neat, but the makers also suggest that it works beautifully with lime and soda, with a touch of Angostura bitters.

Bathtub Gin with a tin cup

For our money one of the nicest gins on the market, and this gift set with an old-school metal mug works particularly well given the brown-paper-bag chic of the bottle itself. 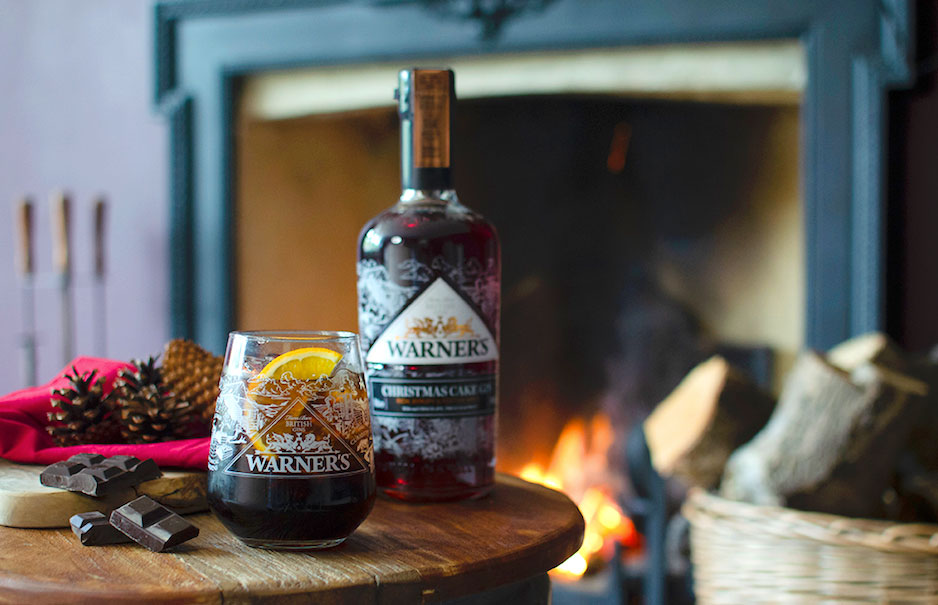 There’s a fine line to be trodden when blending a flavoured gin. Too gin-like and you leave people wondering why they didn’t just get a ‘normal’ gin; too sweet or flavoured and it can seem sickly or gimmicky. Warner’s are among the best at walking the tightrope — and though their Christmas cake gin packs in the grin-inducing flavour, it never crosses the line. Not cheap, but hard to imagine a more fun mid-morning starter-for-10 tipple on Christmas Day.

Warner’s Christmas Cake Gin, £40 from the distillery, M&S or Ocado 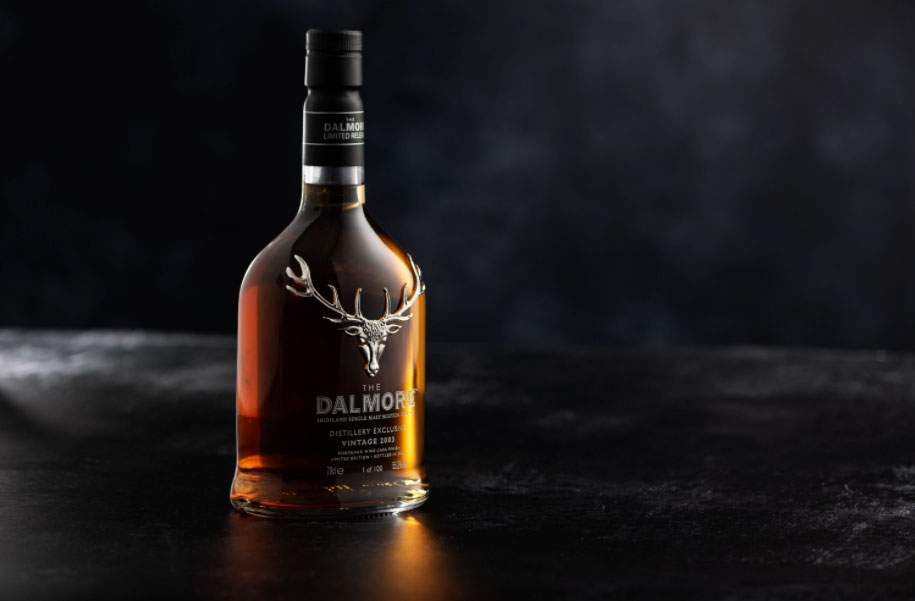 When the tasting notes for a whisky cite not just blood oranges, but a specific type of blood orange (sanguinello, since you’re asking) you know you’re in the upper reaches of the distiller’s art — even before you’ve seen the price tag. Christmas is a time to enjoy things that are very special indeed — and for a real connoisseur of the Water of Life, The Dalmore’s 2003 and 2006 bottlings, being sold via Harrod’s, are quite astonishingly good.

The rarity and £1,800 price of the 2003 vintage suggest it’ll more likely be laid down to appreciate rather than popped open to drink (a shame, but understandable) yet the 2006 is a much more reasonable £200 and still hopelessly good, with a sticky toffee pudding note in the finish which would make it a truly perfect post-Christmas dinner dram.

Why give one bottle of gin when you can give 12? 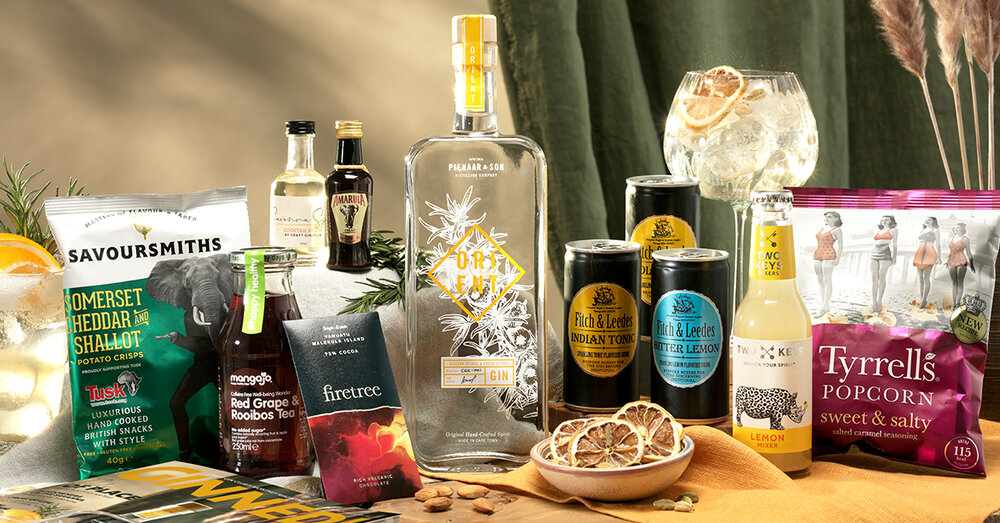 Once you’ve signed up for your Country Life subscription, you might want to consider other subscriptions too — such as this club membership, described as ‘the ultimate gift for gin lovers’. Monthly boxes (or bi-monthly, or quarterly if you prefer) are sent out, each containing a bottle of gin, mixers, garnishes, cocktail recipes plus the ingredients to make them and various other bits and pieces.

And we won’t leave until we’ve drunk some 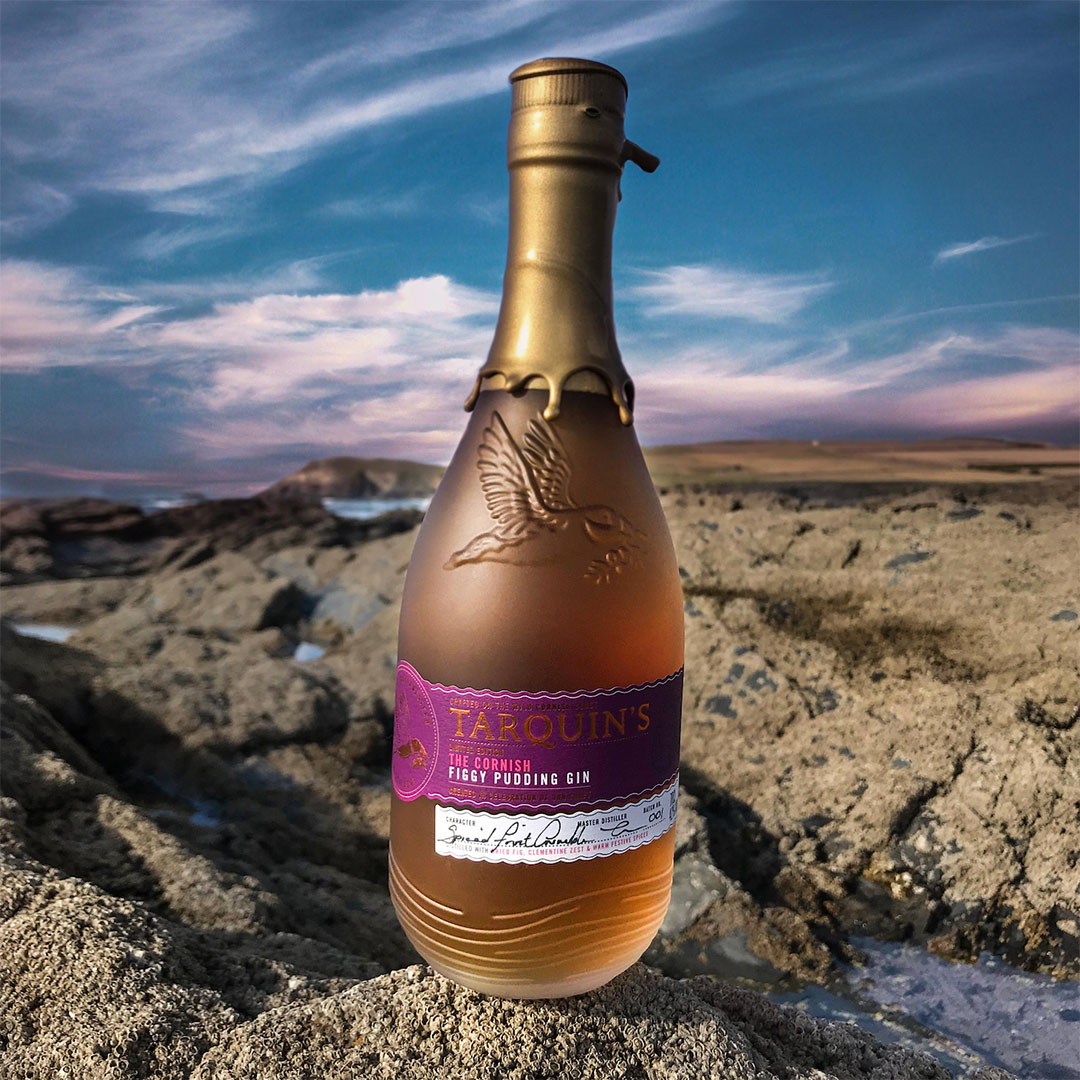 Tarquin’s Cornish Gin has been winning a reputation for some time now, but this year they’ve really branched out into all manner of interesting special editions. There’s blackberry, blod orange and a slightly insane 57% ABV ‘Navy-strength’ edition they call The Seadog. For Christmas, though, it’s their Figgy Pudding Gin which will catch the eye. It’s an unusual mix of Christmas pud with gin, and just as sweet and quirky as you’d imagine — just like the pud itself, great for a taste even if it wouldn’t top your list the other 51 weeks of the year. 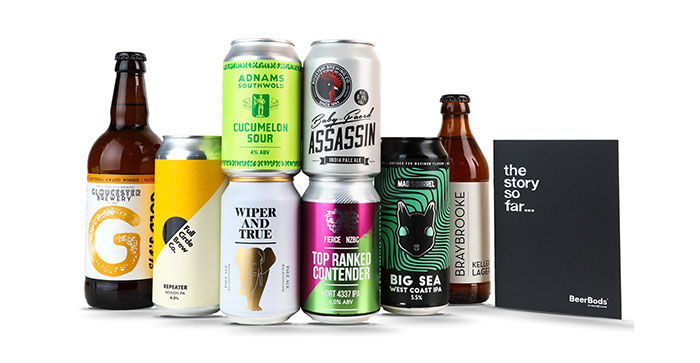 There are a lot of booze-by-post subscriptions out there, and many — we particularly like the Craft Gin Club. But this one is different: all the members get the same beers in the same weeks, and there’s a group online tasting session where they can all compare notes.

It’s… errr… what mixed with gin? 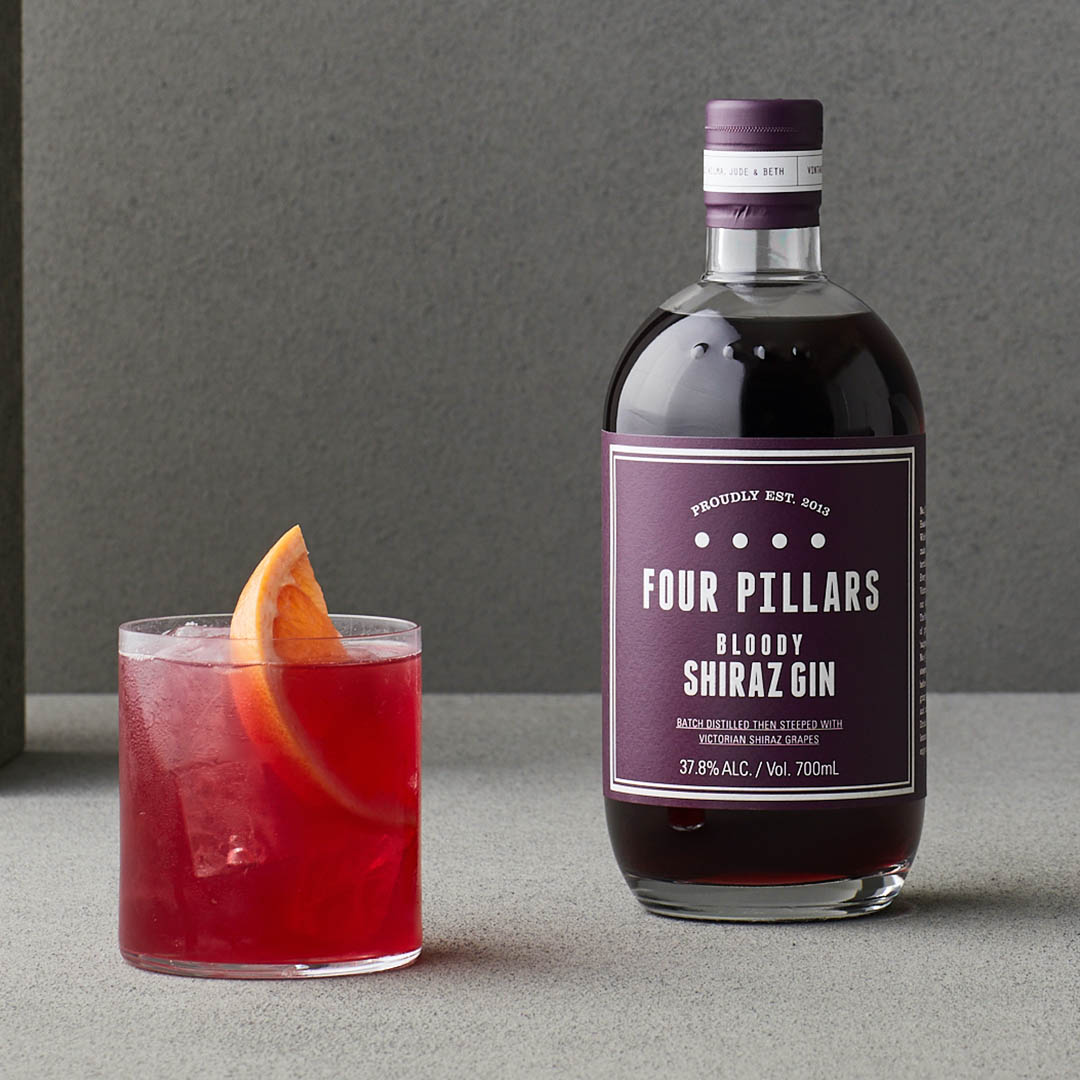 Yes, yes — we know this Australian gin sounds weird. But honestly, it’s absolutely worth a try — think grapes rather than wine and it all sounds less freaky. There’s almost a sloe gin vibe as the hint of Shiraz comes through into the gin flavours. It’ll also lend a wonderful rich colour to cocktails, and is very good mixed with bitter lemon.

A gin to knock the stuffing in to you 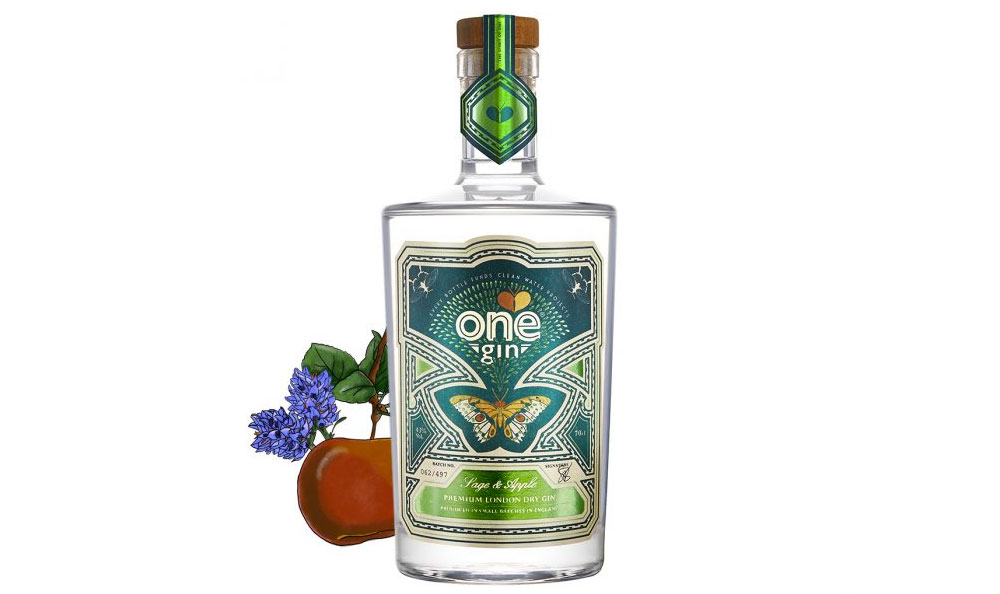 When trying to produce a Christmassy gin, the obvious is probably to go with sweet treats — so kudos for the bravery of One Gin making this distilliation using traditional turkey stuffing ingredients. Shockingly, it works really incredibly well — flavoursome without any cloying sweetnes and a lovely depth to the flavour. Really good stuff.

One Sage & Apple Gin, £38 from Tesco, Amazon and elsewhere

A glass of Christmas sparkles 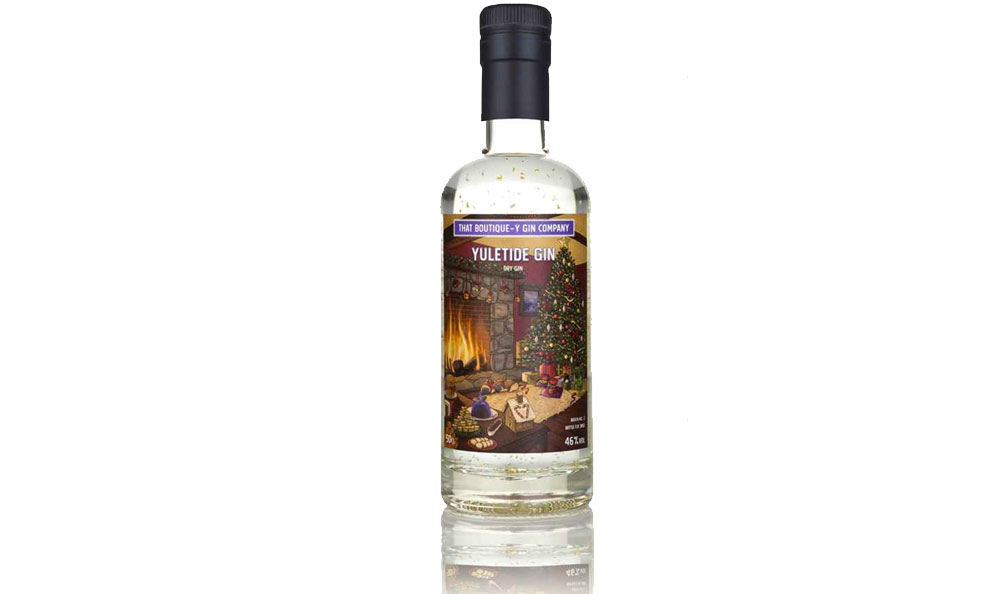 The curiously-named That Boutique-y Gin Company produce dozens of different types of gin — you can even get an advent calendar purely of their creations — but this must rank among the most weird and wonderful. It’s immediately striking thanks to the gold leaf flakes floating within, but they also flavour it with frankincense and myrrh, as well as anything else Christmas-related they seem to have been able to put their hands on: gingerbread, nutmeg and even Christmas tree needles. Utterly bonkers and it split opinion in testing, but one of our guinea pigs proclaimed it to be ‘like drinking a mince pie’.

After something special for a person who really appreciates their food? Our suggestions are certain to have something that's just