Theres nothing wrong at all with a standard London dry gin and tonic in summer — in fact, there's an awful lot right with it. Sometimes, though, you hanker after something more exotic, and Martin Fone and Toby Keel are here to take a look at some of the more intriguing prospects for sale today.

Getting the balance right with flavoured gin can be a tricky thing. Do you keep it subtle, letting the heart of the traditional gin shine through with just an exotic undertone? Or do you go flying in with both feet like a 1970s footballer, prepared to knock people over in your keenness to shine? There is a place for both, of course, but there is a tightrope to walk: at some point you begin to wonder if the drink you’re enjoying should really be classed as gin.

These musings aren’t apropos of nothing: they were inspired by Santa Ana gin, a Filipino take on gin that brings a collection of completely unique and highly unusual botanicals (Ylang-Ylang and Alpinia for floral notes;  Calamansi and Dalandan for  tropical citrus) to bear in a drink which the makers want to evoke the exotic, sultry atmosphere of the Far East in days gone by. And they do that with some ease: close your eyes and you could imagine yourself sitting in a 19th century Hong Kong opium den, or — as the makers suggest — 1920s Manila and the legendary Santa Ana Cabaret. We genuinely haven’t ever tasted a gin remotely like it.

Do you ever get the feeling that things just aren’t allowed to taste of what they taste of any more? Head into the supermarket and you’ll find endless varieties of almost the same thing. Even buying a simple loaf of bread now seems to be as complicated as navigating the 1,800 almost indistinguishable shades of greige we considered before painting the kitchen back in lockdown.

The spark for this little outpouring is the existence of Bombay Sapphire Citron Pressé. ‘Normal’ Bombay Sapphire (which will surely soon be rebranded as ‘classic’, or ‘original’, or something along those lines) has long been the find-it-everywhere gin of choice for G&T fans across Britain, and it’s such a cracking little spirit it’s not hard to see why. Perhaps on the basis of don’t-fix-it-if-it-ain’t-broke, this new gin is a similarly pleasant and classily understated variation on the theme, with a fine lemon tang that is never overpowering. The same subtlety doesn’t extend to the bottle, which comes in a disarmingly yellow bottle that will jump out among the cool blues and whites of the average drinks trolley.
£23 from Bombay Sapphire

Produced since 2014 by Glasgow Distillers, the city’s first modern-day distillery, using a 450-litre copper still named Annie, Makar is sure to please the gin purist, offering a full-bodied, delicious hit of juniper and then some more.

Seven other botanicals, angelica root, cassia bark, black pepper, rosemary, coriander seeds, liquorice, and lemon peel, have been carefully selected to complement and enhance the juniper, making for a slightly dry, crystal-clear spirit that has a long, lingering, spicy, peppery aftertaste with a hint of herbaceous notes. Even the elegant heptagonal bottle, each side representing one of the supporting botanicals, pays homage to the juniper berry illustrated on the screwcap.

In Makar, the Gaelic word for poet, Glasgow Distillers have composed their own distinctive ode to the botanical that is the cornerstone of gin. With an ABV of 43%, this is gin as it should be, delicious with a premium tonic and bold and spicy enough to work well in classic cocktails such as a Martini or gin’s own version of a Bloody Mary, the Red Snapper.
£28.45 from Master of Malt

From the stable of the famed Cognac producers, family-run Distillerie Merlet, based in Saint-Sauvant in south-western France, Gin d’Azur has since 2019 been taking its inspiration from the French Riviera, using botanicals which come from and are typical of Provence. These include thyme, rosemary, lavender, marjoram, mountain savory, star anise, and Menton lemon peel which are harvested when they are perfectly ripe and at their fragrant best. Each is distilled separately in an alembic pot still over an open flame to maximise their flavour before being mixed with the juniper to the distiller’s recipe and enhanced with a touch of Camargue salt.

The result is a fresh, vibrant gin with an ABV of 43%, intensely aromatic on the nose, a complex melange of juniper, thyme, lemon, and lavender in the mouth, finishing off with a hint of liquorice and a slightly salty trace on the lips. Adding a good quality tonic enhances the floral notes, drawing out the natural oils and causing the spirit to louche slightly. After a few sips, I was transported to St Tropez!
£29.99 from Amazon

Known as the “Garden of the Hebrides”, Barra is home to the Isle of Barra Distillers, Scotland’s most westerly distillery, where their Atlantic Gin has been distilled, bottled, and labelled since 2019. Drawing on the wealth of flora at hand, they capture the essence of their island through seventeen carefully selected botanicals, including their signature hand-foraged Carrageen seaweed. A red algae found on the shoreline, it is a favourite of the islanders, who also use it to make a broth and a form of blancmange.

This complex spirit ebbs and flows between sweet and spicy, underpinned by a slightly oily juniper before finishing with zesty citrus and a mild saline taste on the lips, providing the drinker with an experience rather akin to standing on the shore, mouth agape, watching the waves. Working well with a mixer, Atlantic Gin is impressive, delicate, and seductive, belying its 46% ABV strength.

Instead of waiting for shipwrecks the islanders of Barra may soon be enjoying their own locally produced whisky if the distillers’ plans bear fruit. A membership club has been established to part fund the project, one added attraction of which is the opportunity to secure a bottle of their Gold Cave Cask-aged Gin, a limited edition of 501 bottles. Ambitions galore!
£37 from Master of Malt

Launched in 2008 and styling itself as the properly improper gin, Brockmans Intensely Smooth Gin certainly stands out from the crowd with its dark, distinctive bottle and its imaginative handling of twelve botanicals, some not traditionally associated with gins. While the base notes are provided by familiar favourites such as Tuscan juniper berries, coriander, orris, cassia, and angelica, the stars of the show are the summer duo of blueberries and blackberries which give the spirit an overwhelmingly sweet, fruity flavour both in aroma and taste.

Surprisingly clear and with an ABV of 40%, it makes for an extremely smooth drink, easily drunk neat over ice. It has, though, split the gin world. For traditional gin and tonic lovers, the abject surrender of the juniper to the fruity interlopers will be a step too far, but for those looking for something different, more akin to a summery gin punch or who like a fruitier take on their tipple, Brockmans is worth exploring. After all, as Einstein once said, “the person who follows the crowd will usually go no further than the crowd”.
£34 from Tesco

Perfectly timed for Wimbledon fortnight is this new gin made with botanicals harvested from Wimbledon Common itself — mostly heather and gorse, and honey from hives kept on the Common. You can pick those out, but it’s the hint of lemon (presumably not grown natively in SW19…) that is the strongest flavour here, and that’s no bad thing as the gin is wonderfully balanced and makes an absolutely knockout G&T.

Of course, none of that really matters, because you’ve probably seen the gloriously 1930s-style ceramic bottle, and just gone ahead and ordered some anyway. We can’t say we blame you — it’s a lovely touch.
Wimbledon Garden Gin, £38.50 for 70cl from wimbledonbrewery.com

In the past couple of weeks, with the first seasonal strawberries on the shelves, we started buying regular punnets — and this year’s crop has been sensational so far. The children seem happy to say no to all other forms of sugar — chocolate, sweets — if they’re just able to get another few strawberries added to morning porridge / packed lunch boxes / evening desserts. It’s a joy each year to remember just how good fresh strawberries are. With Two Birds gin, you can drink them as well as eat them — sort of, anyway.

This strawberry and vanilla gin is unashamedly on the far end of the fruity and sweet spectrum. It’ll make the eyes water of anyone who prefers a classic London dry, but think of it less than a gin and more as a quick-mix cocktail and you’ll likely see the appeal.

Even better, though, is the same company’s Pink Grapefruit and Pomegranate gin, with a superbly sweet-sour mix that induces the same sort of pleasurable wince as those rhubarb-and-custard sweets you had when you were a kid.

We were huge fans of this one, and while the strawberry and vanilla is a fun occasional tipple, this is one we can see ourselves returning to regularly. Beware, though — head to their site and you may well end up with a few of their other extraordinary flavours. Salted Caramel vodka, anyone…?

A gin named after the traditional Welsh tea loaf? What’s not to love about this magnificent concoction from the Snowdonia Spirit Company, whose flavours also include Love Spoon Wild Fruit Gin — which makes you wonder how long it’ll be before leek and daffodil flavours emerge from the same source.

This is no gimmick, though — well, not just a gimmick, for the familiar Barra Brith scent is easily discernible on the nose in this gin, with black tea, dried fruit and spices clearly coming through. Lovely — and all the lovelier if served with a slice of orange to help bring out the cake flavours.
£34.99 from Snowdonia Gin

We’d never heard of CBA Gin before coming across these two strikingly good-looking bottles came to our attention. But we had, of course, heard of Silent Pool, who are the distillers who’ve brewed these two gins with former bar owners Peter Barney and Chris Stewart, who moved in to gin during the pandemic. The flavours themselves are pandemic-inspired as well, the message being that if you can’t get away, at least you can transport yourself there with a decent drink.

And decent drinks they are. The California Gin — made with Valencia oranges  — has a real punch to it, almost bringing a Cointreau vibe to a G&T that we found really wonderful. The Marrakech variety is lemony and spicy (mint, coriander and turmeric are among the botanicals), and also worth a look. (By which we mean a taste.)
£38 (California Gin) and £37 (Marrakech Gin) from cba-gin.com 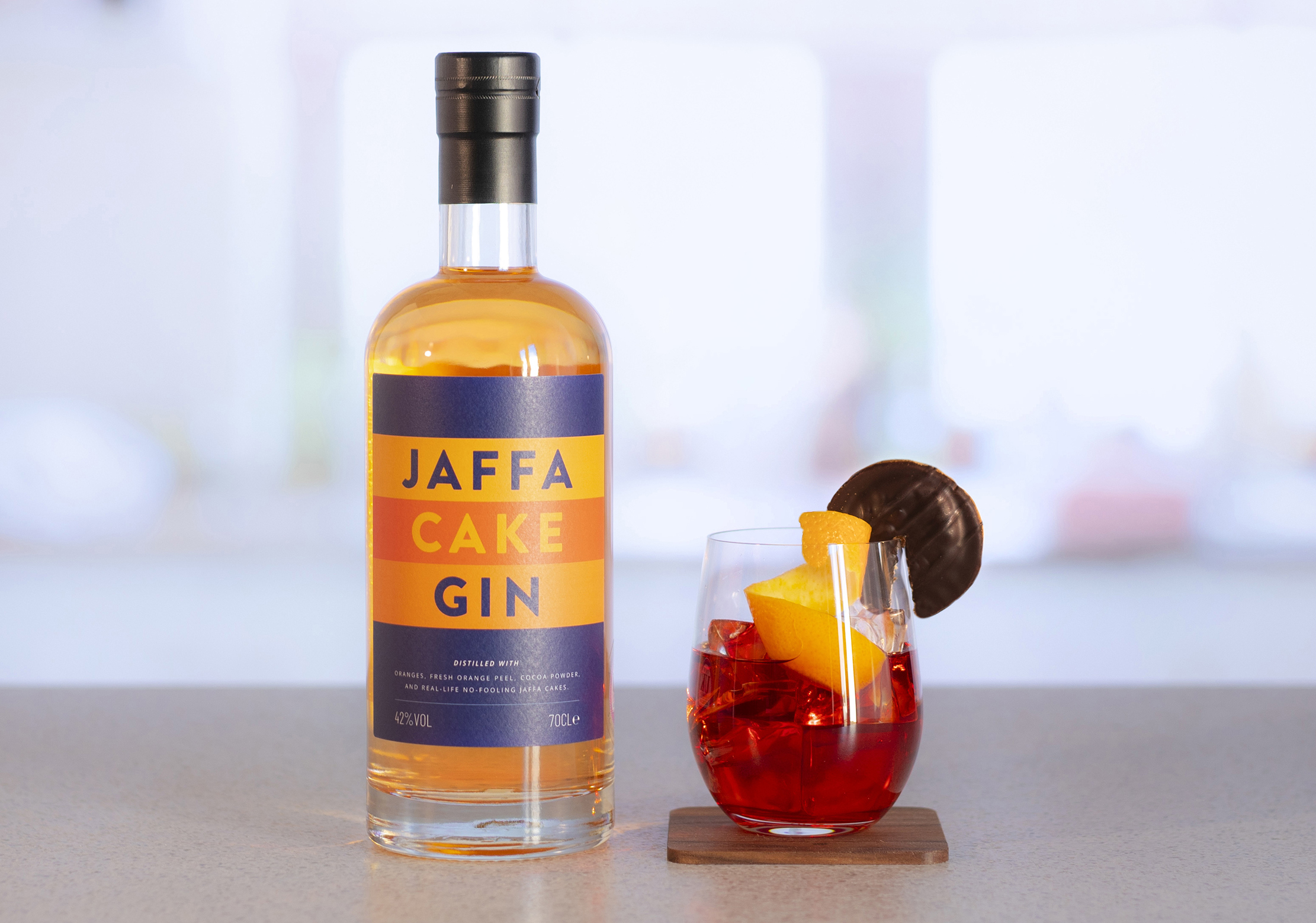 ‘Please can you send me the link? Will buy INSTANTLY’ was the immediate reaction from one of the Country Life staff on being told of the existence of this gin. Since those days, it’s become a real best-selling favourite: there are vodka and rum equivalents, but for our money the gin version is still the best.

Shockingly, not everybody gets quite as excited as we do. Those people are wrong. How could you possibly not love a gin distilled with oranges, fresh orange peel, cocoa powder and real-life Jaffa Cakes? 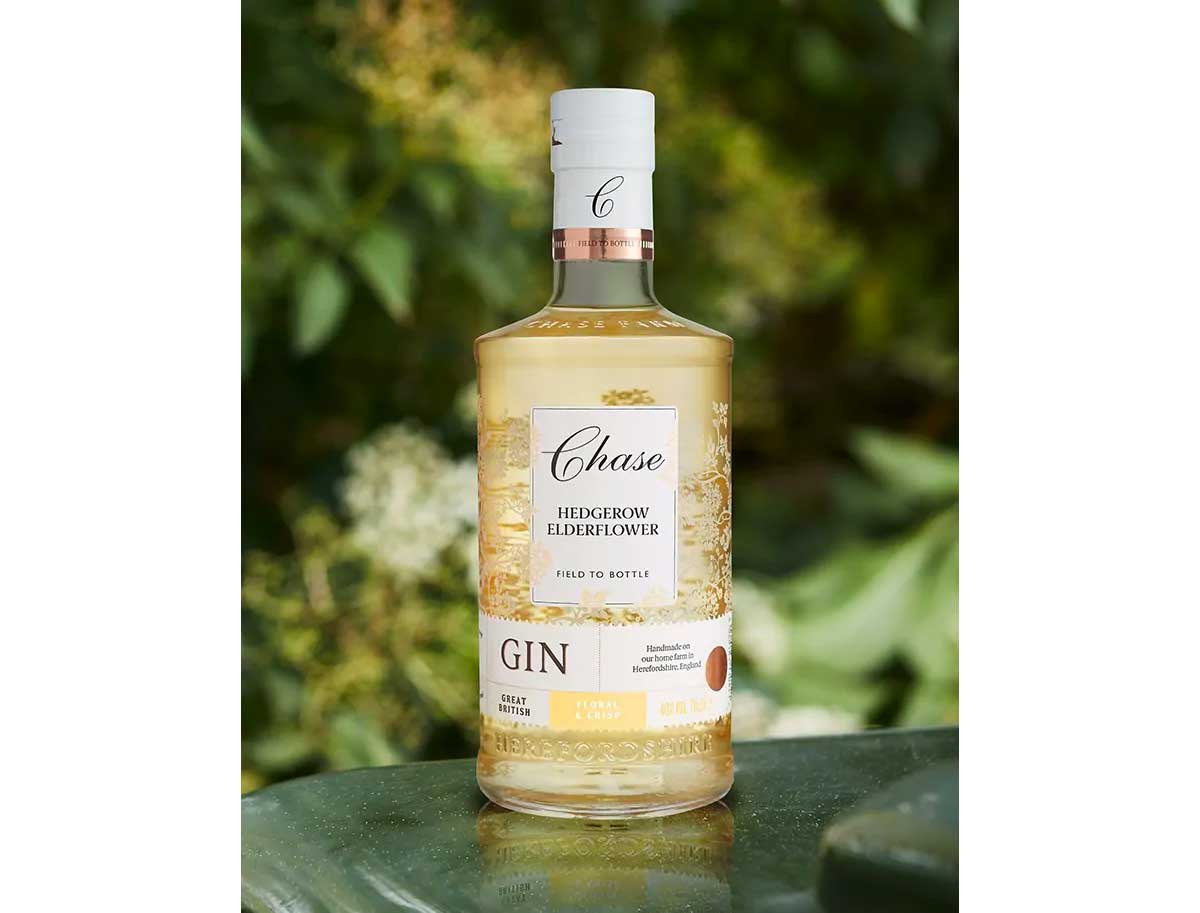 ‘Hand-made in Herefordshire’ reads the label on the bottle of this delicate, floral gin which has a strong whack of gin’s traditional juniper notes — not something that you can say of all the gins on this page. Elderflower is a lovely taste that seems perfect for the season as we head into Spring, and the fact that this comes in a pretty and hugely tasteful bottle is an extra bonus.

Father's Day is coming up on June 20, and a little treat will always be a winner. Of course, a

There are many ways to show your Dad that you love and appreciate him. There's breakfast in bed, an offer