In West Wales, clever investment in silver and lead mines in the late 1700s allowed Edward Jeffreys of Shrewsbury to purchase a picturesque hillside overlooking the Dovey estuary and Cardigan Bay. There, in the early 1800s, his grandson, George Jeffreys, built romantic Glandyfi Castle in the dramatic Regency Gothic style favoured by John Nash. The castle has survived alternate periods of ‘feast and famine’ and now, impressively restored by its current owners, is for sale through Strutt & Parker at a guide price of £2.85m. 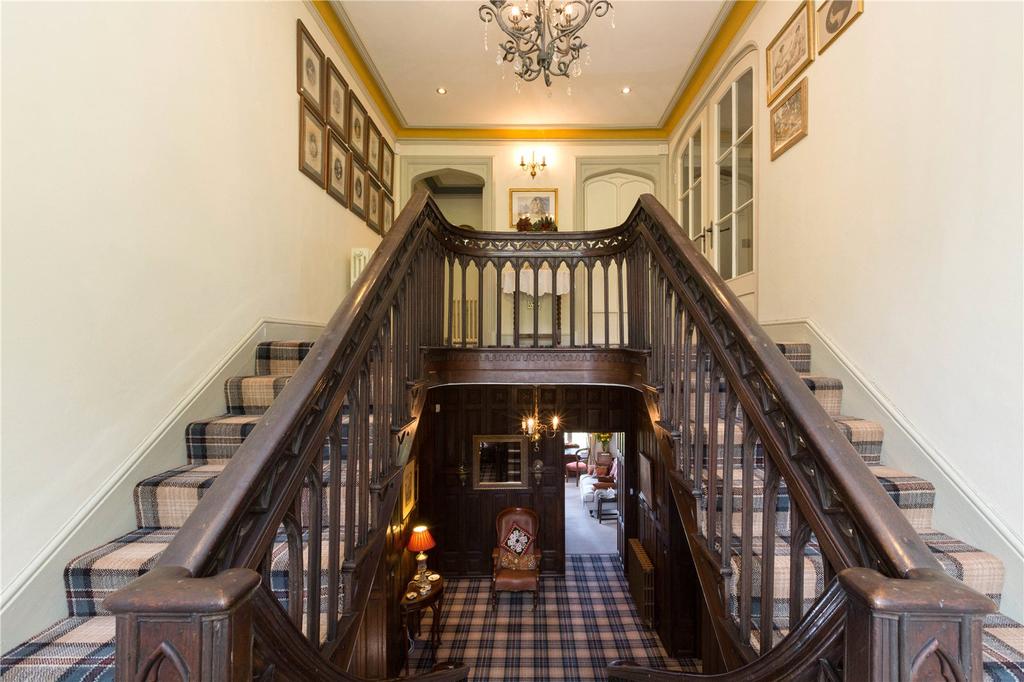 Belinda Hutchinson-Smith of Strutt & Parker in Shrewsbury first set foot in Glandyfi Castle, near Machyn-lleth, when it last came onto the market in 2006. ‘It was like walking onto the Marie Celeste,’ she recalls. The house was being sold following the death of its owner, an elderly lady who had lived there for years, and everything in the house had been left exactly as it was on the day she died – with bedrooms untidied and books left open where someone had put them down years before. 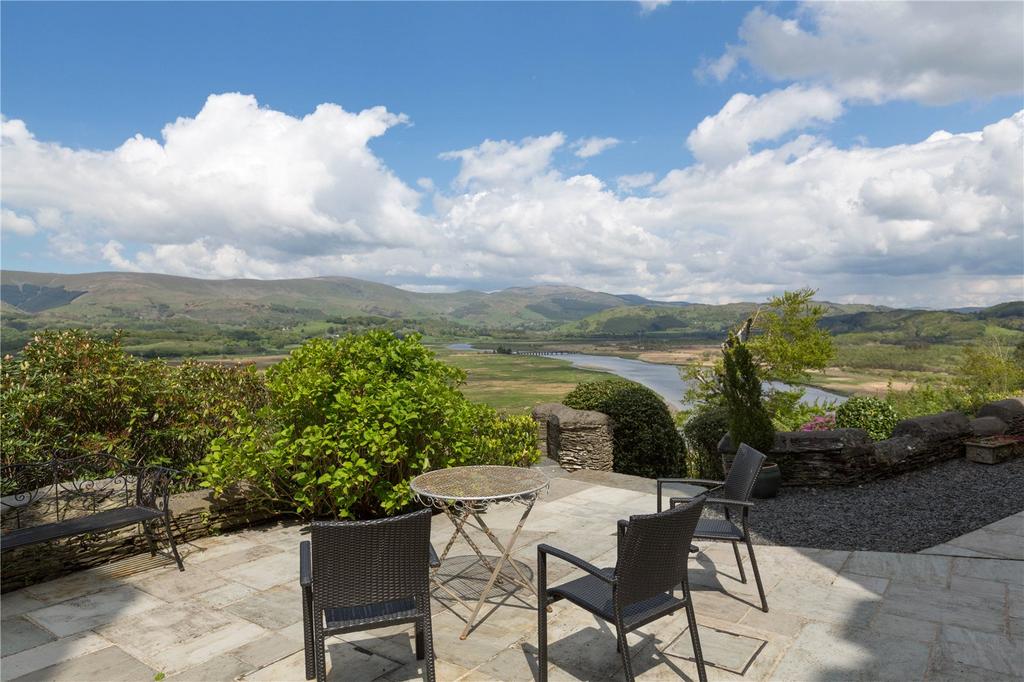 Now, following a skilful restoration by its present owners, the castle, set high on its wooded hillside overlooking Glandyfi village and the original Aberdovey Castle on the wetlands of the estuary below, stands every bit as proudly as it did in George Jeffreys’s day. 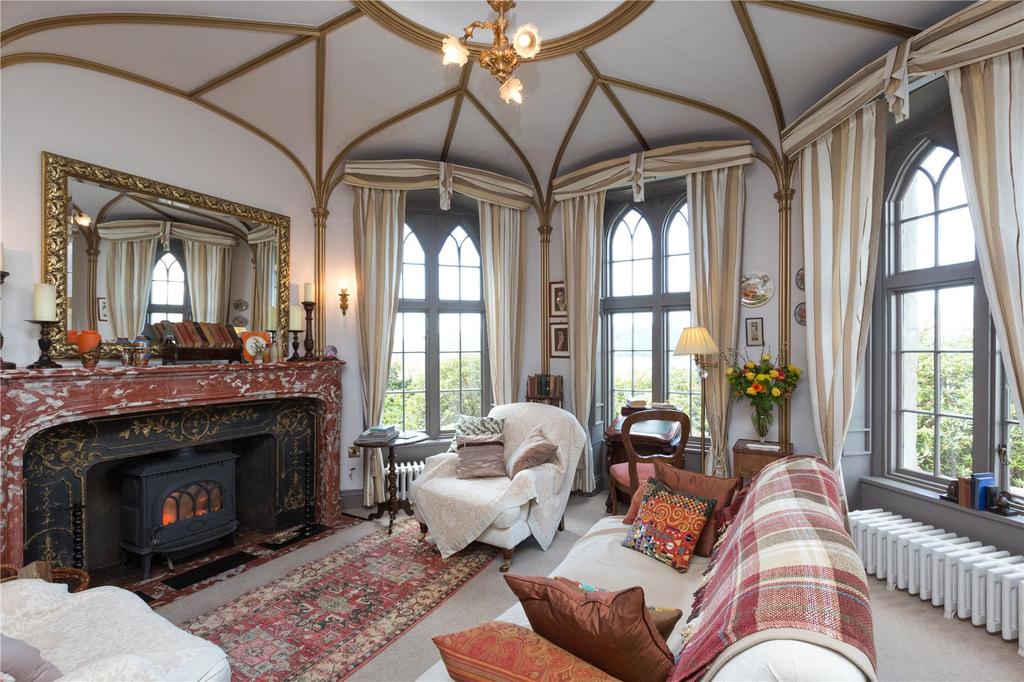 A barrister, he inherited his grandfather’s estate on his soldier brother’s death in 1812 and set about building the castle in the Regency Gothic style that was all the rage at the time. He and his wife, Justina, entertained lavishly in their grand new home; among their friends was the author Thomas Love Peacock, who was married from Glandyfi Castle in 1820. 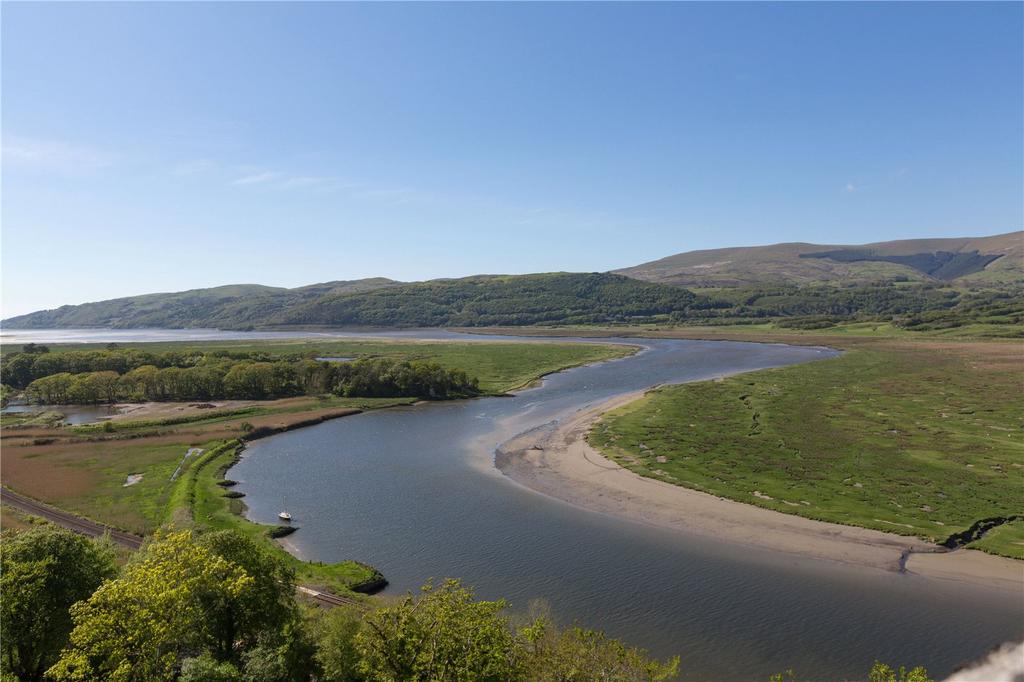 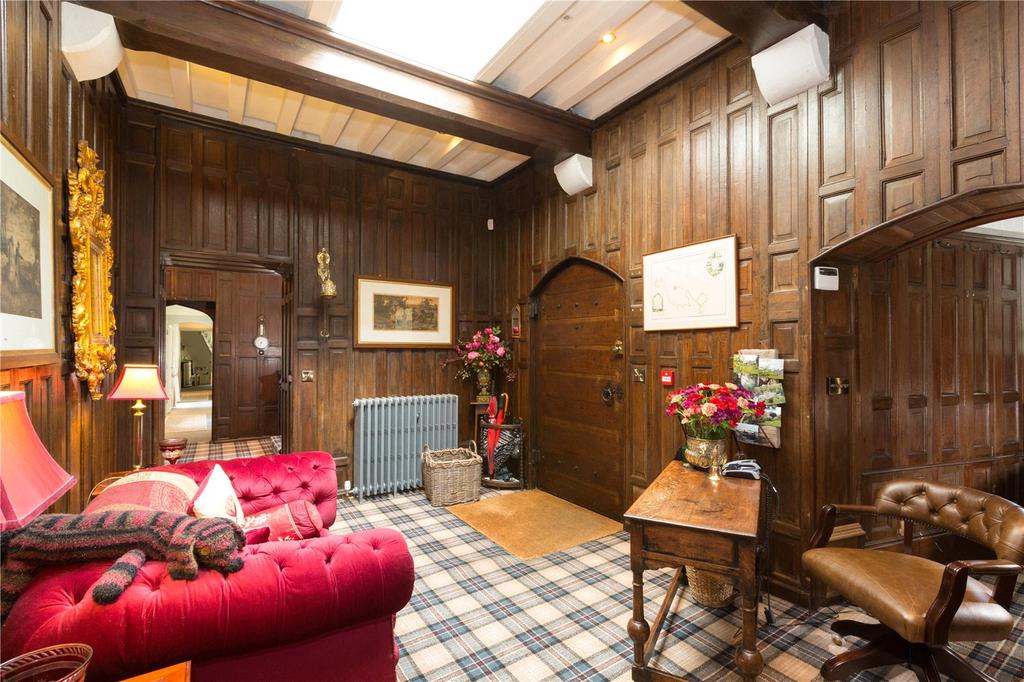 Since then, the castle has had a series of owners, the most newsworthy of whom was Sir Bernard Docker, the flamboyant businessman and chairman of British Small Arms (BSA) and Daimler cars. He arranged for BSA to buy Glandyfi for £12,500 in the 1950s and spent twice that refurbishing it, before being forced to step down from his post when shareholders rebelled. The castle was then resold with little alteration. 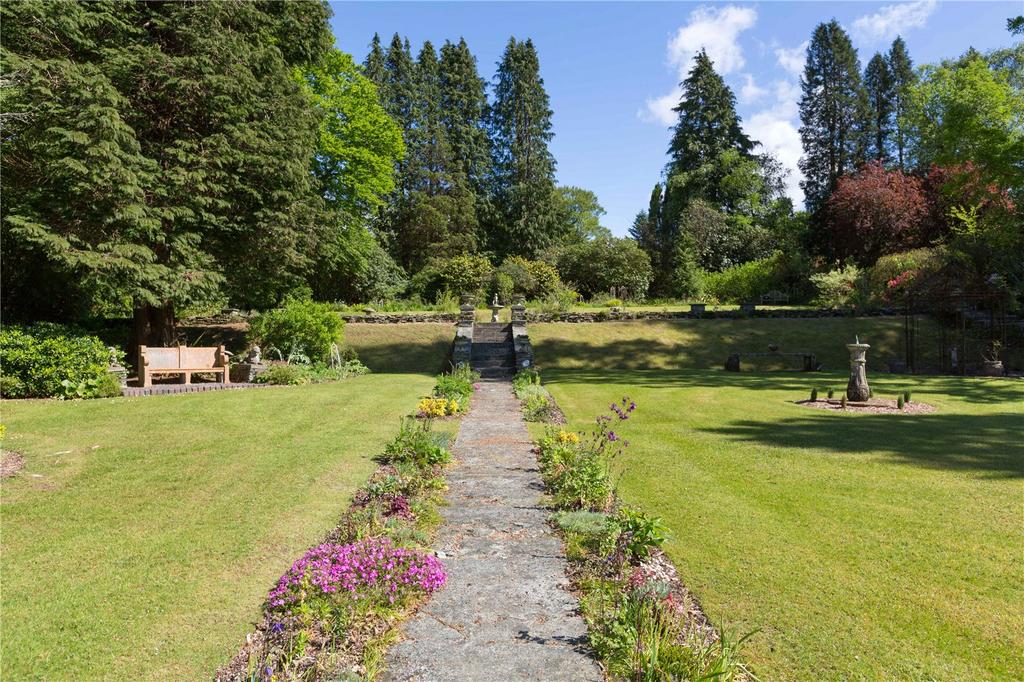 According to its listing, Glandyfi Castle is the only castellated country house in Ceredigion. It is said to be similar to Stanage Park, Knighton, which was built in about 1810 by H. Haycock of Shrewsbury, who may also have been the architect at Glandyfi. 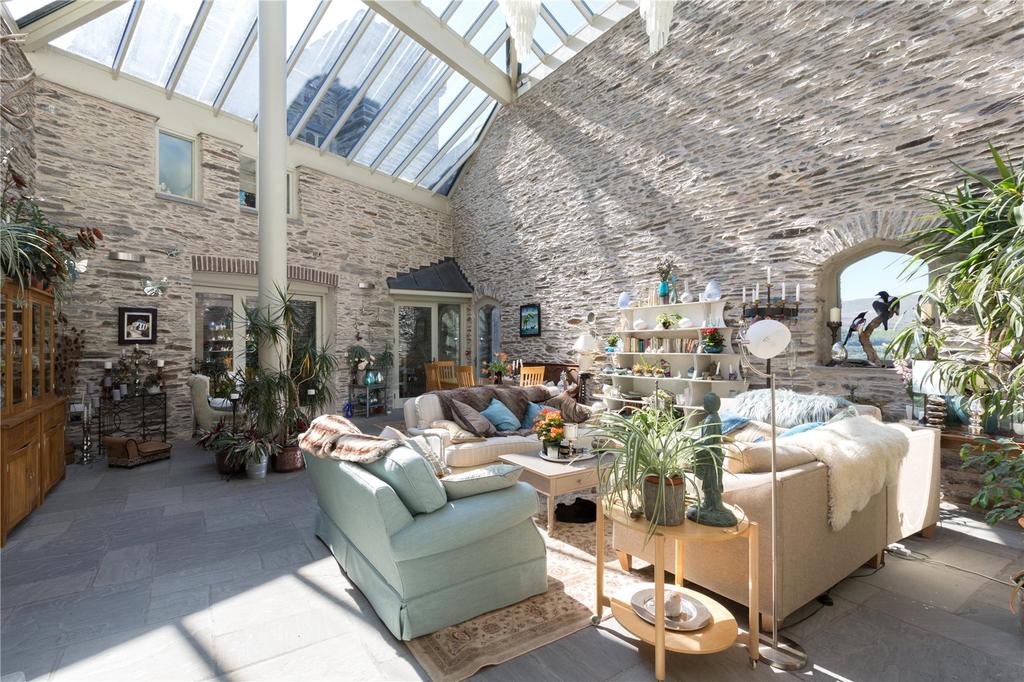 Today the castle stands in some 31 acres of wonderful landscaped gardens, pasture and woodland, and still enjoys gloriously unspoilt views across the Dovey estuary to the mountains of the Snowdonia National Park. 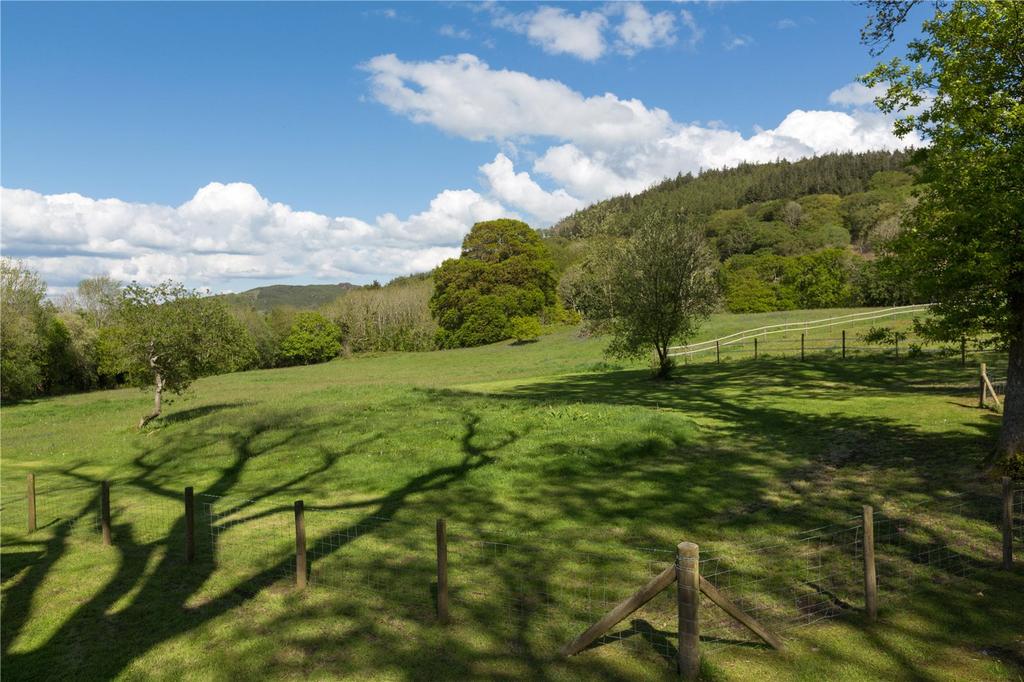 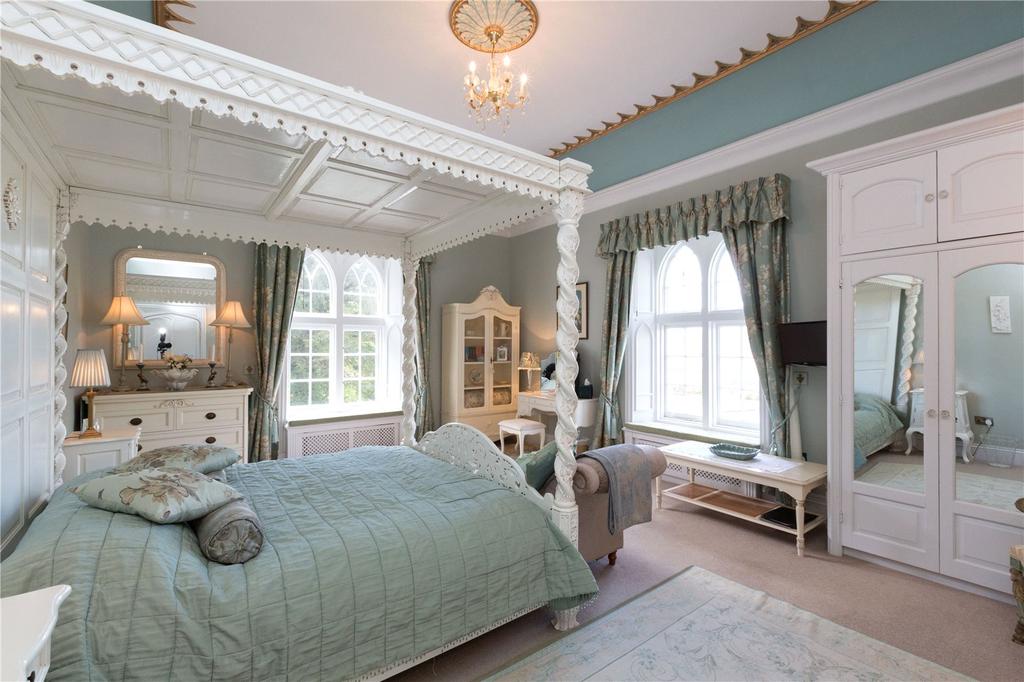 A range of barns set away from the house could be converted to residential use, subject to the usual planning consents. 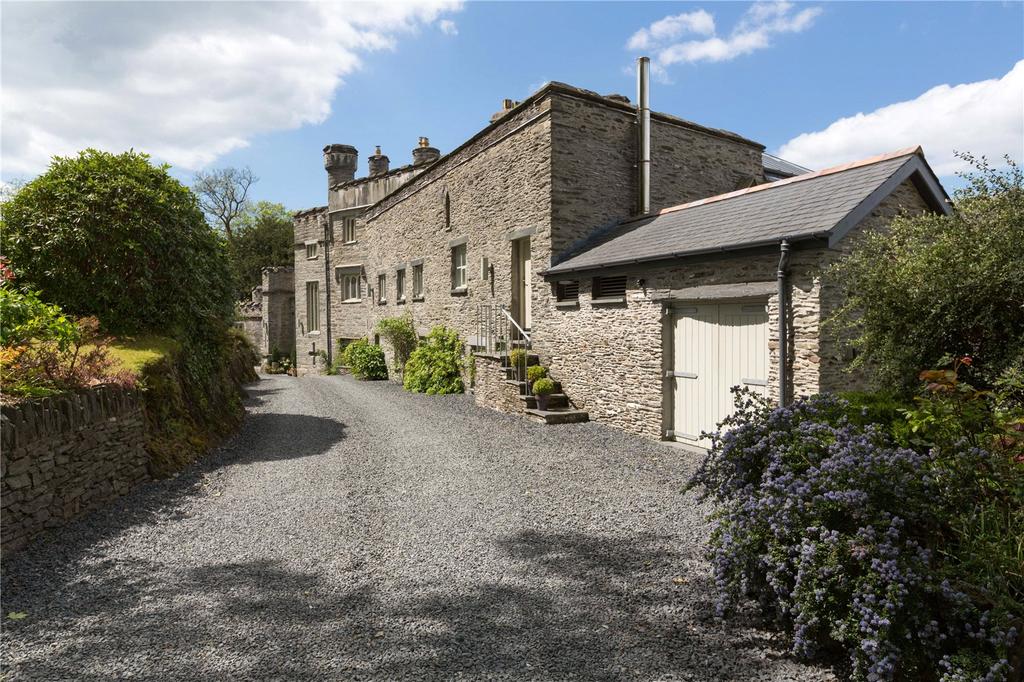 Glandyfi Castle is on sale through Strutt & Parker at a guide price of £2.85 million. Click here for more pictures and information.

Surviving a World War II bombing that destroyed half of its crescent, indiscriminate postwar ‘redevelopment’ and 45 years of neglect,